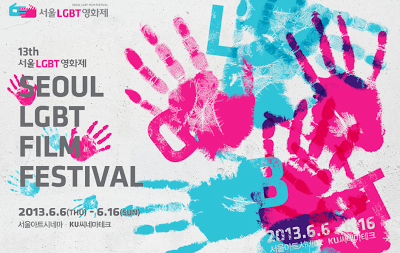 Friday starts out at 12:30 with the Hong Kong Special Feature: Leaders. Korean subtitles.

To Become Two: Hong You-jung, who had lived her 42 years of life as a legally dead, is now preparing to apply for the gender correction procedure. She cannot afford to take a sex reassignment surgery (SRS) and her neighbors keep discouraging her by saying that her attempt will come to a failure. Korean with English subtitles.

At 17:00, the festival will screen A Map for a Talk (사랑의 여행) A MAP FOR A TALK is an independent project, an intimate play evolving around three main characters: an adult woman, her mother and her female lover. Two days in their lives occur in two opposing setting, everyday life in the demanding metropolis of Santiago and a sailboat trip cruising a beautiful bay. The three character remain trapped in a claustrophobic confrontation. The film dialogs with ‘Knife in the water’ from the side of women, an intense character drama with many involuntary humorous scenes. The eternal, never completed quest of seeing and recognizing the other as they are or, at least, as they want to be seen. Spanish and English with Korean and English subtitles.

At 19:30 there will be a screening of Call me Kuchu (나는 쿠추다) In Uganda, a new bill threatens to make homosexuality punishable by death. David Kato – Uganda’s first openly gay man – and his fellow activists work against the clock to defeat the legislation while combating vicious persecution in their daily lives. But no one, not even the filmmakers, is prepared for the brutal murder that shakes the movement to its core and sends shock waves around the world. (IMDB) English and Luganda and with English and Korean subtitles.

The four above-mentioned films will all be screened at Seoul Art Cinema.

There is also a special movie marathon at KU Cinematech. Starting at 23:00 and going to 7 in the morning, you can see Love or Whatever, Bear City 2: The Proposal and J. Edgar.

Love or Whatever (사랑이든 뮈든지) Corey had it all – a successful career, a sister who’s his best friend and most of all, a bright future with his boyfriend. But, when the boyfriend dumps him for a woman, Corey sets off on a wild journey of self-discovery that leads him to new love and a life-changing choices. (IMDB) English with Korean subtitles.

Bear City 2: The Proposal (베어시티 2 청훈) BearCity is a hirsute “Sex and the City,” following the funny, romantic, and occasionally dramatic adventures of a group of bears and cubs in New York City. The sequel, BearCity 2 follows our familiar characters and a few new ones as they head to Provincetown, MA for Bear Week! English with Korean subtitles.

J. Edgar (제이. 에드가) Biopic of J. Edgar Hoover told by Hoover as he recalls his career for a biography. Early in his career, Hoover fixated on Communists, anarchists and any other revolutionary taking action against the U.S. government. He slowly builds the agency’s reputation, becoming the sole arbiter of who gets hired and fired. One of his hires is Clyde Tolson who is quickly promoted to Assistant Director and would be Hoover’s confidant and companion for the rest of Hoover’s life. Hoover’s memories have him playing a greater role in the many high profile cases the FBI was involved in – the Lindbergh baby kidnapping, the arrest of bank robbers like John Dillinger – and also show him to be quite adept at manipulating the various politicians he’s worked with over his career, thanks in large part to his secret files. (IMDB) English with Korean subtitles.