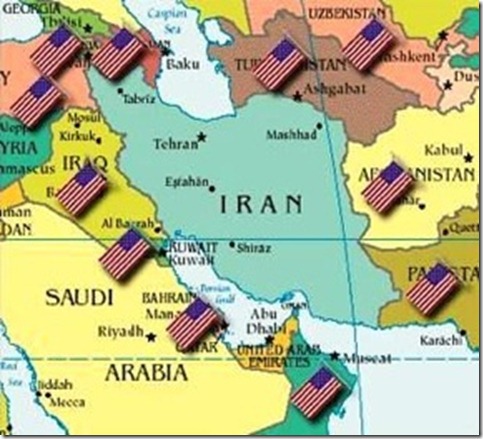 Terrorism is the weapon of the weak; terrifying your enemies is a lot less satisfying than actually defeating them. If OBL had an army, no doubt he would have invaded NYC. But terrorists have limited force, so much of their impact depends on how the target responds. Hence, in my previous 9/11 post I argued that the largest change came not from 9/11’s actual material impact, but from the US over-response. The most obvious elements of that would be the freedom-eroding homeland security clampdown, the badly misguided Iraq War, and the catastrophic budgetary consequences of a ‘military,’ rather than law-enforcement response to 9/11. Why GWoT (global war on terror) defenders and Bush partisans are so proud of that last claim strikes me as bizarre given the growing consensus that the GWoT has really lost it way and became much too expensive.

1. The idea that ‘9/11 changed everything’ was a self-fulfilling prophecy made so by America’s (specifically the Bush administration’s) reaction to it. It didn’t need to be this way. Ten year’s out now from 9/11 it should be apparent to everyone how little 9/11 actually changed, except for the changes that we wrought. The mantra ‘9/11 changed everything’ morphed into a blank check. It started as a defensible justification for an assertive foreign policy – on terror, in central Asia – plus better border control (long needed anyway because of out-of-control illegal immigration). But increasingly it turned into a fig leaf for something akin to a barracks state at home and semi-imperialism abroad – the Patriot Act, warrantless wiretaps, rendition, torture, indefinite detention, the Iraq War, exotic and probably illegal drone warfare, spiraling national security spending, etc.

Remember too that in the wake of 9/11 we were told relentlessly how vulnerable we were and how we should expect a progression of attacks against the US. No matter what you think of Michael Moore, he captures well the paranoia and wild over-speculation of this period in Fahrenheit 9/11. My favorite in the film is the Fox News report on pen-bombs. Did we really believe that sort of stuff in 2002ff? I remember teaching international security courses in those years with students writing endless papers about terrorist attacks on dams, bridges, ports, airports, even theme parks. I was at OSU, and we actually debated in class the economic impact on Ohio of barbed wire and armed guard patrols at King’s Island and Cedar Point. One student wrote that we should use nuclear weapons in Iraq; another that we should put SAMs on top of the Sears Tower in Chicago. I remember the students and I gaming out how easy it would be for a few terrorists to attack a shopping mall, based on the Columbine school assault and Sang-Hui Cho’s Virginia Tech massacre. My syllabi from that time describe terrorism as the ‘central national security threat to the US for a generation’ and approvingly cite Rumsfeld’s moniker, ‘the long war.’

Yet none of this happened. There was no wave of attacks. Muslim-Americans did not turn out to be a fifth column as loopy righties like Frank Gaffney or Rod Parsley insisted. For all the vulnerabilities – the easy-to-penetrate border with Mexico, the obese security guards at your local stadium, the hundreds of power plants with minimal security, the terrifying scenarios of 24 or Die Hard 4 – nothing like 9/11, no mega-terror, happened again. Yes, the Bush crowd will argue that that is because of the counter-measures put in place by the Bush administration, but there is no empirical evidence to support that statement and much missing evidence that demolishes it. Specifically, as I argued in the last post, 6M Americans live overseas – soft targets in expat clubs and bars all over the world that are easy targets of opportunity. Yet nothing happened to them. Nor have we yet seen any meaningful, independent study on serious plots foiled by DHS to actually verify that we needed the Iraq War, the Patriot Act, torture, Guantanamo, etc, in order to achieve reasonable security. Perfect security is impossible, and do we really want to try to torture our way to the ‘one percent doctrine’? As early as 2006, we knew this was overblown.

But the bureaucratic incentives for threat inflation are obvious. No one wants to say we can let our guard down, and then have the next attack happen on her watch. So we get one report after another about how we need to harden this or that part of American life; in the end we look like a garrison state. Here is a nice example of how even when a report finds little to worry about, the authors can still encourage more ‘vigilance,’ more money, and more hysteria. Does it even matter anymore to remind people once again that you are more likely to get hit by lightning than die in a terrorist incident?

2. The GWoT turned out to be a spectacular error that probably didn’t do much a far narrower and less hysterical counter-terror (CT) effort could have done. Fairly quickly it turned into a global counterinsurgency that CT advocates have bemoaned ever since as far too expensive, intrusive, and corroding of the US military. As the Atlantic notes, a lot of the martial, ‘kill-em-all,’ Jack Bauer posturing of the early GWoT days not only didn’t work, but in fact backfired.  I agree with the conventional wisdom that Afghanistan was a war of necessity, and Iraq a war of choice. Early I supported both, but it is pretty obvious now that Iraq was not worth it. Far too many people died – mostly Iraqis who’d made no choice to be put in the firing line – to justify the modest improvements in Iraqi governance. On top of that, the US military got badly run-down, America’s global image cratered, and the country went bankrupt.

There is no doubt that Iraq is a better place, but the US forced this on Iraq (unlike in Libya), and we did so in such an inept way (‘fiasco’) that our staggering mis-execution of the whole operation invalidates the arguably defensible principle behind the war. That is, the basic neo-con idea that the Middle East needed a hammer strike to break up the horrible nexus of authoritarianism, religious medievalism, terrorism, oil corruption and social alienation that gave birth to 9/11 is actually a good argument. It may be true, and certainly looked that way ten years ago, long before Arab Spring. So I don’t buy any of this ‘neo-con cabal, they did it for Israel’ schtick. This was supposed to be a demonstration strike against the Arabs to warn them that their local pathologies were morphing into global problems and would no longer be tolerated by the West.

But the execution of that hammer strike in the heart of a dysfunctional ME was so awful, so catastrophically badly managed, that it invalidated the whole premise by suggesting the US is simply incapable of acting properly on that otherwise arguable neo-con logic. And the rhetoric surrounding it, particularly the wild hype of WMD ‘mushroom clouds’ and then Bush’s grandiosely frightening second inaugural, made the US look like a liar and then a revisionist imperialist. This is why I supported the Iraq war until around 2007/08, at which point it became painfully obvious that we had no idea what we were doing there – despite the good arguments for the war – and that hundreds of thousands of innocent Iraqis were paying their price of our incompetence. (This is yet another reason why my support of the Libya R2P operation has never endorsed ground forces; it’s just not something we can do.) On of all that, we were morphing into a semi-empire under the globalist pressure of neoconservatism, so a vote for Obama became a necessity.

3. Finally, the GWoT has become ridiculously, astonishingly expensive. This sounds callous, of course. As we remember 9/11, we feel that we should do anything we can to kick these people in the head, and I am as glad as anyone that OBL is dead. But of course there are opportunity costs; there must be. That is how scarce resources, i.e. everyday life, work. The GWoT has contributed substantially to the US budget crisis, which will, connecting the relevant dots in the GOP’s preferred language, leave us ‘less safe’ in the future because we can’t spend the money we may need on security later on. Stiglitz has famously argued that the Iraq conflict will total around $3T when it’s all over. Worse, the Bush administration borrowed to pay for it, and actually cut taxes just as the GWoT’s costs began to spiral. This is inexcusable, and has substantially accelerated the global power shift from the US to China, because it is China that funds much of the US’ debt. By 2020, I guess most Americans will regret that we ever launched the GWoT and chose a ‘military’ path, instead of learning from Britain’s CT struggle with the IRA or Israel’s (earlier) quiet ‘sub-war’ response to Arab terror. It didn’t have to be this way…