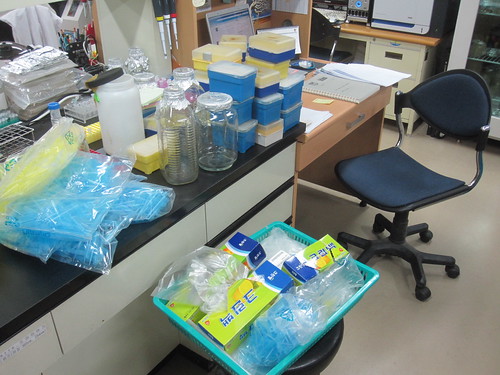 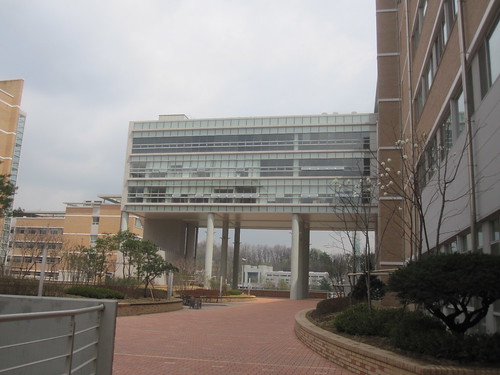 He’s only been here for two months and is part of a new program called Biomodulation, involving extensive inter-disclipinary collaboration amongst the biosciences. They’ve built a new building on campus for it.
After briefly explaining my situation without trying to sound like a complete nut, he told me that he was impressed with my communication skills and was interested. He actually thought I had come to discuss his lecture content and seemed a little taken aback when I told him it was about something else. After a few more meetings over the past week, he’s organised for me to start a PhD with him in ovarian cancer research, from May 1st. 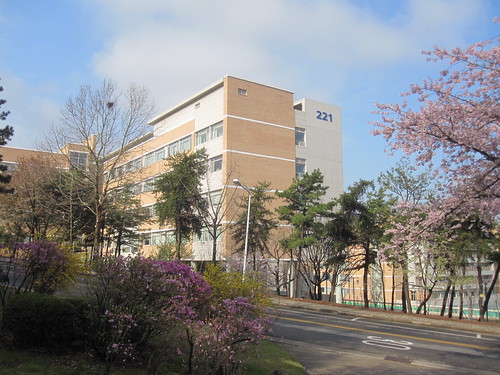 This is the new building from the other side. I now affectionately refer to it as ‘The Promised Land’. 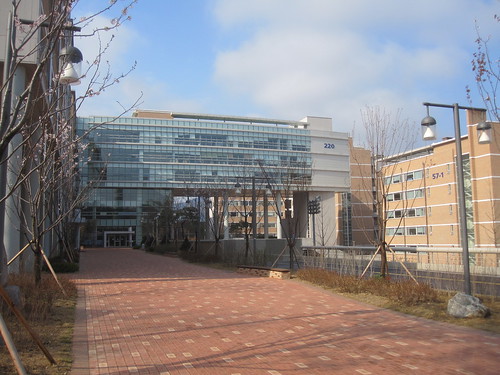 My old professor was incredibly supportive of me, even though I know it must have been frustrating for him to lose a student. He’s done what he can in a tough situation, and I don’t blame him for anything. He can turn good students into excellent post-docs, but he can’t change losers into winners. And the school won’t let him kick out a menace.
But things didn’t go as smoothly as we had hoped. I went to the admin office of our department and explained that I was enrolled, had the support and acceptance of both professors and wanted to transfer. Unfortunately though, no student has ever transferred their program in the history of our department. Once a student chooses a professor, it’s seen as some kind of a blood-bond for life. That’s how old-fashioned the system is here. 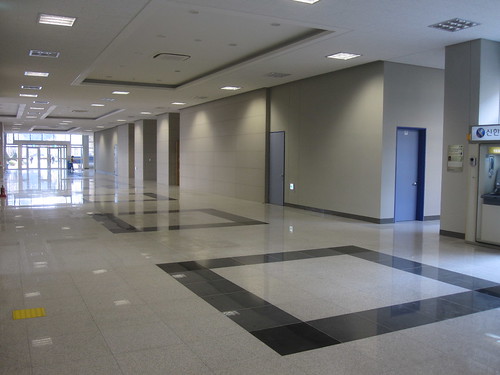 Furthermore, because there were no written rules or documents about ‘transferring’, nobody knew what to do. With the aid of the director, we eventually determined that there was no rule stating that I couldn’t simply enrol in a new program while still enrolled in a different one.
So what I have to do is apply for enrolment to the new program, submit all of my previously submitted documents and sit through an interview even though I’ve been accepted. After that, I can just quit my old program. It will technically be a transfer, but just unnecessarily more difficult. 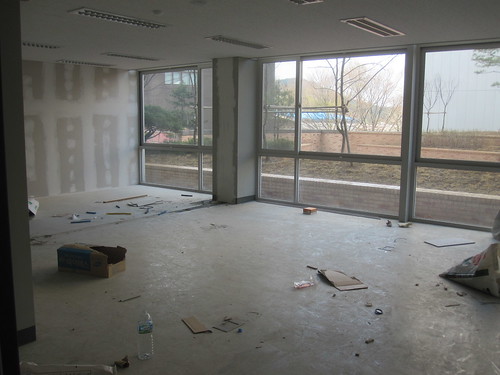 The large majority of my classes taken in the first year will not transfer as credit, so I have to start pretty much from scratch. But that’s fine with me. And construction in the new lab hasn’t been finished yet, so there’s going to be a bit of a lag. I’ve spent a year working with plants and will have to learn how to work with human and animal cells.
I’m still counting my lucky stars.
If you’ve read up to this point, you may get the idea that life at SNU is somewhat extreme. It’s true that it’s much more difficult than I expected, and I was really expecting something quite difficult to begin with. But it is not impossible, and if you make it through, you’ll probably be a better person. There are many terrible seniors in the labs here, but there are also some great colleagues. Because I’ll be reading my own blog someday in the distant future, I want to make a special note of the people from the other labs who I am thankful to for their friendship and help over the past year. These are the good people that made my life bearable.
Our lab
Chen Jing, Se-Kyung (김세경), Gi-Yong (곽지영)
Fungus lab
Jenny (홍재일), Sally (유소연), Kelly (김가은) and Sadat.
EM lab
Yelim (장예림), Sujin (이수진) and that girl who met us for coffee today who always smiles.
MT lab
Lin Yang, Zhongshan, Chan-ju (박찬주, who I once had a drunken altercation with one night, but he long since forgave me)
Virus lab
Mishya, Se-min, Ji-sook… pretty much everyone in the virus lab is nice.

Rakshya Singh, Yoon-Seong, Jae-Eun, Mi-Ok and Kumar.
And also my excellent wife has been very supportive, even though she doesn’t work in science. During the middle of all the trouble, she told me that we could just leave and go to Australia if I wanted to. 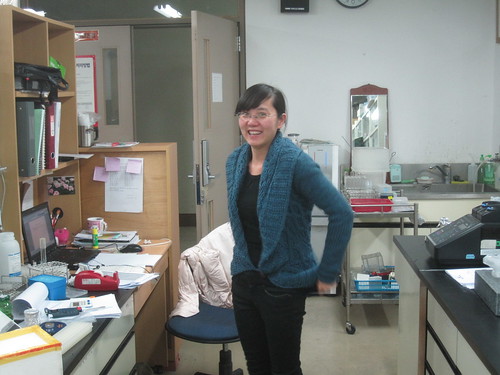 But here is one unfortunate casualty of the ordeal. Chen Jing is my most excellent Chinese lab friend who arrived here one year before I did. She’s had an equally difficult time, particularly with Type C mentor, who hated her nearly as much as he hated me. In fact, our first major conflict was because I told him that his behaviour towards her was completely unacceptable (he threw a tube on the floor and threatened to hit her during a heated argument). Chen Jing and I have been supporting each other, scientifically and emotionally throughout all of these difficulties. After I decided I couldn’t stay anymore, she eventually made the same decision and left the lab today as well. Not to show solidarity, but because she’s decided that she’s had enough of the environment here and has been under considerable stress for a number of months. She’s quitting science and taking a break back home in China. Good friends show their true colours in difficult times, and Chen Jing will always be considered a good friend of mine.
I told her that I would work hard and try to become a professor in 7 years, and if it happens, then I’ll offer her the first job in my lab as a technician.