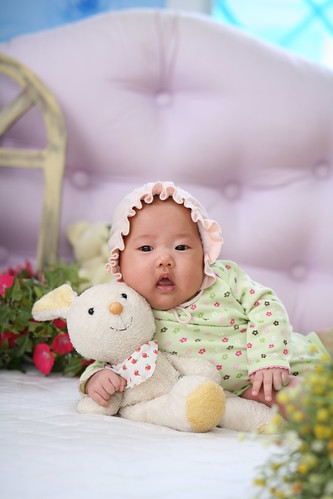 Well, I don’t know if it’s insomnia per se if it’s primarily due to a tiny member of the human race with a disproportionately loud voice, wailing to the lyrics of a song that goes “waaaa, wa-wa…. waaaaaaaa“ 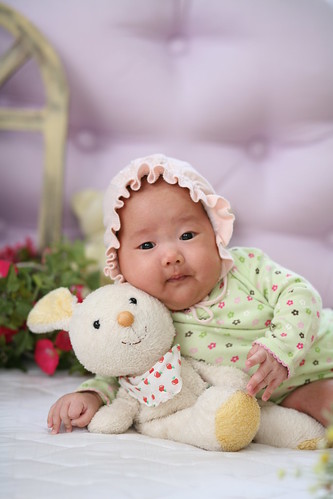 But look at her! How can anyone be upset at such an adorable 3am wake-up call? Certainly not this stalwart young… slightly tired….  zzzz …bloggerrr zzz
…. 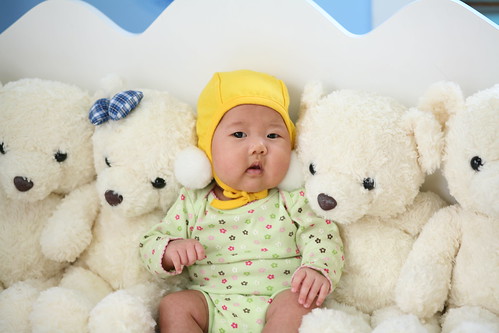 Surf Lifesaver Ashley! Hooray.
This photoshoot occurred when she had just turned 50 days old. She looks pretty much the same these days, but right after she was born, her face changed a lot each day.
I think it had something to do with being suspended in amniotic fluid for nine months. 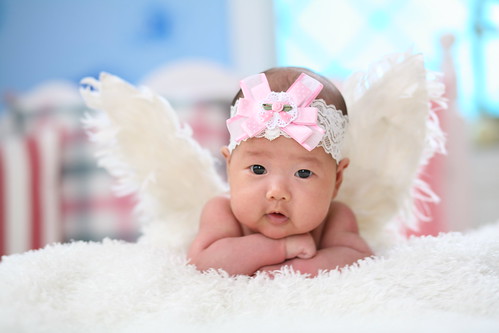 This photo is on our desktop and gets a lot of chuckle-mileage. I used to be rather ambivalent towards the old Anne Geddes calendars in my youth.
But recently I’ve detected a stirring in the neurons of my brain responsible for the appreciation of baby-studio photography. 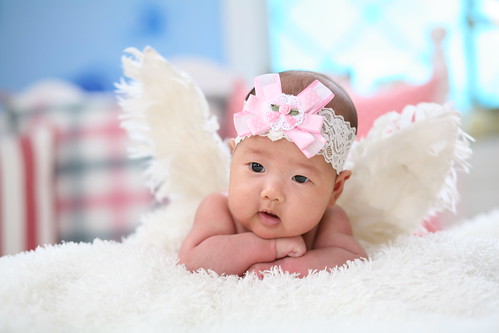 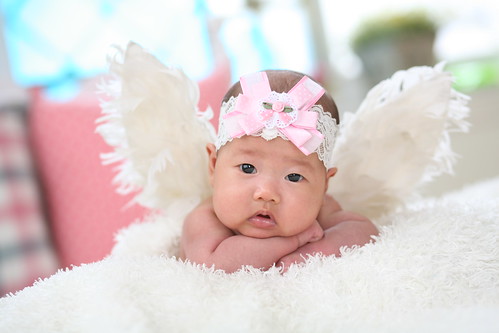 The studio photographers must know a thing or two, because I’ve long since tried to get Ashley to put her arms that way and keep them there. Even after carefully explaining to her that I’d like to replicate the cuteness seen in the studio photographs, she only holds the pose for a nanosecond before her spring-loaded arms pop out, upwards and into the air, like some kind of victorious jelly.
I suspect some kind of 3M adhesive patches were used. 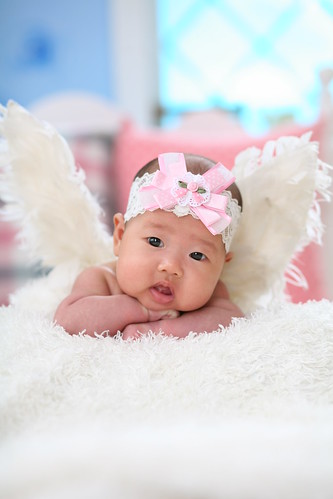 Our little one really is an angel. Although definitely not the angel of sleep.
Cheonsa-Ashley. Bringer of cute insomnia. 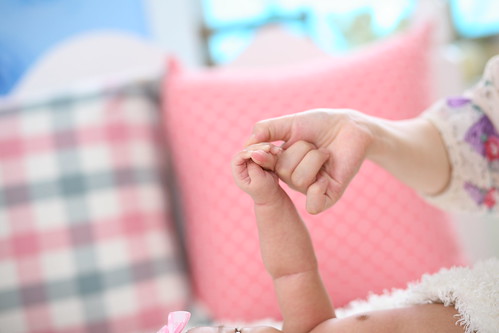 Ashley has progressed in leaps and bounds. While before she was incapable of lifting her head or controlling her legs appreciably, she can now turn her head autonomously and kick in a sensible manner. Sometimes she’ll kick us when we change her nappy.
Well, it’s not really a kick, but a cuter version of a kick.
A kicketty-kick. 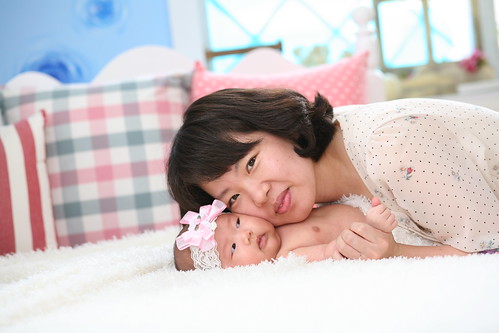 Baby skin is quite possibly the softest known material in the universe. I’d gladly use Ashley as a pillow, if not for the weight of my head. Come to think of it, babies are pretty well-designed in general. They smell quite nice and can usually be found in the same place you left them last. 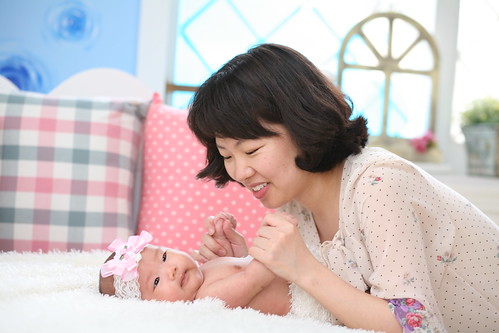 Heather is a star-mother. She sleeps with Ashley in the spare bedroom and sings her back to sleep during her nightly outbursts of baby-song that penetrate every crevice of our humble abode. Ashley soon falls back to sleep, dreaming of whatever it is that babies dream of. I like to entertain the idea that they’re about milk, mother, blurry images and muffled voices.
In the mornings when I go in to greet her, she gives me a toothless pseudo-smile, like some old ajosshi. -“Keep you up at night? Who… me?” – And sometimes she gurgles softly as if she’s trying to tell me something. I always gurgle back.
So even though good sleep is a good thing, a multitude of other good things are making up for the loss.
And that brings us to 4:30am. Time to get back to sleep.