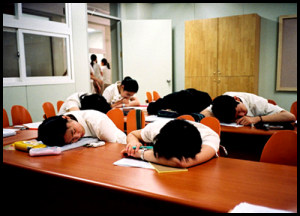 The thought for this post came to me while reading a criticism of an article I wrote for asiapundits.com this week on the misery of hagwons (privately owned after-school academies) for many Korean students, which can be seen here.  On the comment section another blogger, wangjangnim.com, commented that I had no idea what I was talking about but did not elaborate and merely posted a link to an article on his website.

The thought for this post came to me while reading a criticism of an article I wrote for asiapundits.com this week on the misery of hagwons (privately owned after-school academies) for many Korean students, which can be seen here.  On the comment section another blogger, wangjangnim.com, commented that I had no idea what I was talking about but did not elaborate and merely posted a link to an article on his website.  So I looked but was still not entirely sure what his point was after reading it.  I replied anyway with what I thought he meant and asking him to explain further.

Now, I can understand why he/she (will proceed with ‘he’ for simplicity) might be a tad upset.  From what I can gather he is a foreigner who owns a hagwon in Korea and my article was pretty scathing on hagwons generally.  The strange thing is, however, is when I looked at some of his previous posts, they all seemed to confirm exactly what I said in the article.  He actually has a very good site, worth reading, especially if you want to know more about Korean hagwons.  I will highlight just a few articles:

I could link more as they are very interesting.  In each he muses about many of the concerns I raised in the article I wrote, but as I don’t expect everyone reading this to take the time of reading 4 pieces of writing I will start getting to the point.

In the second post, he goes into a little detail of the ethos of his school, which seems a noble philosophy that I applaud him for, but it is the first post on fear and guilt that pricked my interest.  In this post he talks of a mother of one of his students who came in complaining about the lack of progress of her son for the last two years.  She apparently had him tested at another hagwon (a competitor) and they said he wasn’t able to put a sentence together.  The writer then goes on to say that this particular student wasn’t too bright and was introverted, shy, and buckled under pressure, so it was no surprise he did badly when under the spotlight. 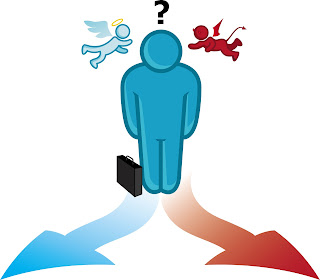 This got me thinking, because my first job in Korea was at a really great little hagwon where the owners were well organised and tried hard to do the best for their students, much like this chap seems to be doing.  But, as nice as they were, there were many students in that hagwon that were going nowhere with their English and the owners knew it.  Of course, to stay in business in a highly competitive industry they have to continue to accept money from these children’s parents and keep the students attending every day (these were often the most miserable students too) and this is where the ethical dilemma comes in.

Teachers and hagwon owners must know what students are not making even the least bit progress, as hagwons are not generally big enough to lose kids in the system, indeed small class sizes is one of the reasons they are considered important for learning English.  Despite this, they take the money and I think more importantly the poor student’s time and enthusiasm for learning.  In wangjangnim’s own post he taught a student for 2 years and he couldn’t make a sentence in English, under pressure or not that is troubling.  How many hours of his short life did he spend there after school?  Did he enjoy his time there?  Maybe he did, but it is surely the case that many students in a similar position don’t, this being another factor that may lead to student depression and even suicide in extreme cases.

I am in no way am attacking this hagwon owner by saying he is not teaching well, sometimes you can be the best teacher in the world and working at a school with the best strategies, but some kids just will not want to or be able to learn, especially when they are saturated with education like they are in Korea.  This is a problem however, because I think it is unethical to keep on taking the money for teaching this student and taking up their precious time. 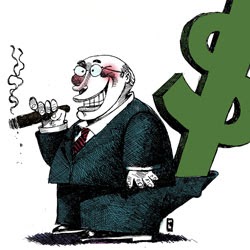 Curiously, as well as the good hagwon I worked at (mentioned earlier) I also worked at a bit of a nightmare hagwon as well.  The boss had a reputation for firing teachers on the 11th month of their contract – thereby avoiding paying the bonus for completion of the contract – and I thought his strategies for teaching English were poor and he was willfully deceiving the parents of the children and the children themselves.  He was a pretty ruthless, cut-throat businessman and he had a long history of being a hagwon owner and was also successful in running a string of successful hagwons in Seoul, the most highly competitive of all places in Korea.  He knew how to survive and make a profit in the business when others were falling around him and this worried me a lot considering his lack of care for the students, dishonesty, and his general nastiness (his English was also appalling, especially as he wrote a book about how best to teach it).

Not all owners are like this guy obviously, but it was the fact that he had survived for so long that troubled me, he was a success story in the industry having been in it such a long time, he also had a maths academy in the same city.

Much of the business world revolves around dishonesty, unfortunately, that appears to be a reality of life but it seems to me that hagwon owners do have a little extra responsibility on their shoulders when dealing with young people who can’t tell whether their time is being spent well and their parents money is being spent wisely.  Parents can’t also judge very well how effective the hagwon is at teaching its children because the majority have almost no knowledge of English themselves.  This is a problem of conscience and makes the right way forward extremely unclear.  As wangjangnim says in his post on fear and guilt, a key factor of what drives the industry is deeply immoral, making parents feel the need to put their kids in private schools for fear of their children being disadvantaged.  I mostly overlooked this aspect in my post at asiapundits as I focused on private academies more from the students’ perspective, but his article certainly confirms my fears for students and what they are really getting from these schools and the motivation for parents to send them there in the first place.

I urge readers of this post to have a look at wangjangnim.com.  I have read 4 or 5 posts now and it is an interesting perspective of the Korean hagwon industry from a man who owns one himself.  His posts are sensible, knowledgeable, and sincere.  He obviously cares about giving his students the best tuition possible.  This post and my asiapundits article was in no way a direct attack on his business.  I simply have grave concerns about the industry as a whole and I genuinely worry about the well-being of young people in Korea and private schools are a large part of that problem.