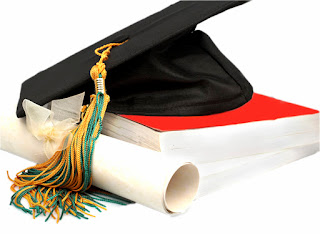 Traveling to other countries can profoundly change a person and when they live in other countries this change can be even more pronounced.  Spending a long time in another part of the world can also cause people to make friends and create new habits that can last a lifetime.

Traveling to other countries can profoundly change a person and when they live in other countries this change can be even more pronounced.  Spending a long time in another part of the world can also cause people to make friends and create new habits that can last a lifetime.
Just consider myself, for example, I am now married to a Korean, I experience reverse culture shock when I go back home to England, and I never eat sandwiches anymore.  It’s always a hot meal for lunch and rice for me and I could not do without a rice cooker these days.

It is now standard practice for wealthy Koreans to send their children away overseas for study.  The USA is the most popular destination, but the UK and Australia are also attracting students, with Australia especially popular for studying English. 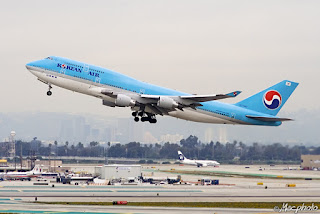 By sending their children away to foreign countries to study, Korean parents are hoping for the best education and therefore the best prospects for them in the hope that they get a nice well-paid job at the end of it.  However, their children often come back to Korea with more than just a degree certificate in their hands and I have seen examples of it and learned of many more.

The ultimate nightmare for Korean parents is when their child says that they have fallen in love with someone while they have been in another country, of which there is a varying degree of horror.  I will start with the least troubling and finish with the most – this is according to my wife’s family who we carefully questioned on the matter:

This needs a little explaining.  It is clear that if there is fierce prejudice in Korea (in fact in many countries) it does regularly fall on black people and gay people the most, so therefore it is no surprise why any relationship involving this and their children is not considered a great thing (with exceptions of course).  I did not include Far East Asian men or women in this because of the difficulty of categorising them.  For instance they might not think a Chinese person or Chinese American would be so bad, but they might think of Japanese as less inviting and Korean American might be the best.  White men are generally not so bad but are still touch and go with many Korean parents as the pure Korean blood thing is important for some, not to mention the problem of the clash of cultures.

There is a difference between the sexes also.  Sons are considered more important generally because of their potential for future income and looking after their parents in old age and for the fact that Korea is still a patriarchal society.  The expected duties of a daughter in-law in Korea are also disrupted if their son marries a non-Korean and especially a Westerner.  How many Western women would run the gauntlet for their Korean in-laws the way a Korean daughter in-law normally does?  Sometimes Korean parents can be turned around to the idea of their daughter marrying a white Western man quite quickly as well because of the positive prejudice of Westerners being quite wealthy, handsome, and sophisticated.

There is another issue, which has to do with the image of Americans in the eyes of a lot of Korean people.  Although Koreans are thankful for the help the US has given them in the past, some are not too enamored with the idea of their son or daughter marrying an American because of the reputation of American soldiers.  This has given many the view that Americans are wild, loud, and rather crass (their words not mine, I promise). 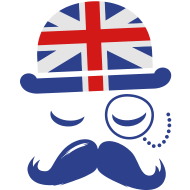 Whereas someone like me, an Englishman, has a rather better reputation as a true gentleman – despite the fact that in reality a trip to England will probably put you in contact with some of the wildest, loudest, vilest human beings around at the moment, particularly if you choose to go out on a Friday or Saturday night).  I on the other hand, fit the charming English stereotype rather well I think and it certainly worked in my favour with my Korean family.  They were often very quick to interject when their friends assumed I was American and proudly say that I was, in actual fact, from England.

These are obviously only opinions based on my Korean family but I have heard many other stories that confirm much of what I say here.  I am certainly no expert on the matter, however, and would welcome any further comments on this.

The only thing worse than saying you have met someone, for a Korean studying overseas, is to say that you are pregnant and even worse still that you are pregnant (or have made someone pregnant) and you are going to keep it.  This is a pretty obvious one, however, and I think it needs no further explanation as this would probably be a nightmare for most parents from any country.

The other thing that Korean students can bring back with them isn’t so tangible, but can become just as much of a nuisance to their parents, and that is a change of personality and attitude.  This can be split up into two categories; a positive and a negative change in character, although both are bad from the perspective of the majority of Korean parents:

Positive – Koreans incorporate some Western values during their time studying and start to believe in the rather infectious ideals of individuality and equality.  This erodes some of the Korean core values of respect and group unity.  They now value their own opinion more over their parents and can disagree with them more frequently on a range of issues.  They might even change the path of their career and may even want to live outside of Korea because of the pressures to conform within their society.  This is undoubtedly positive as they have become more world-wise and can identify what is best in their culture and keep it along with their newly acquired ways of thinking.  They also care less about what others think; this can make them happier and more innovative, expanding their horizons and creating opportunities.

Negative – All to often, however, it is some of the negative aspects of Western culture that are brought back home.  Sometimes the need to express oneself as an individual can make one selfish (a common accusation Koreans make of Westerners).  This selfishness can be expressed as a lack of responsibility derived from the university/college atmosphere of drinking and partying.  The less conscientious can embrace merely the licentious part of Western culture and come back with this attitude.  Some come back to Korea expecting a good job, and when they can’t get one don’t do anything at all, not accepting work they see as beneath them and just sponging off their parents.

I could add arrogance to the negative aspect of going abroad to study or travel, and my wife constantly grumbles about this when she sees some Korean people who have studied abroad or traveled extensively.  Status being highly valued in Korean culture, travel and studying in other countries is something a person can drop into conversation to elevate themselves and some people do just that.  We all know the ‘I’ve been there’ people from back home but some Koreans do take this to new levels of conceit.  This goes not only for the people who have been overseas themselves but their relatives also.  My wife and I bought a scarf as a souvenir, while we were traveling in Europe, for my wife’s grandmother and she ended up telling everyone in her apartment building about her well-traveled granddaughter’s gift from Rome.  There is nothing wrong with this kind of pride in your family but when it turns into a game of ‘my family is better than yours’, which it so often does, it is not exactly perfect conditions for people to thrive in community happiness.

I have always thought it a shame that what is found so appealing about Western culture is regularly the worst aspects of it.  Other cultures seem blinkered to the good stuff and assimilate only the licentiousness, partying, fast-food, the dog-eat-dog world of capitalism and big business, and celebrity worship. 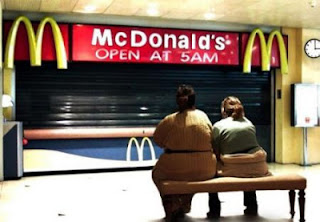 My Korean students, co-workers, and other acquaintances regularly stereotype Westerners as selfish, unhealthy, arrogant, concerned only with money, rude to elders, fat, and love to get drunk at the weekend.  I regularly take exception to this but funnily enough some Koreans who have traveled to these countries often come back home with at least one or two of these factors imprinted on their lives.

Fortunately, though, some come back with the best of Western culture and the values of the enlightenment branded onto their personality.  Freedom of expression, human rights, equality, originality, imagination, debate, moral philosophy, and individuality.  All these are values that we ourselves under-appreciate but this is the good stuff and worth exporting to the world and it is also worth other cultures following our lead on these issues.

I believe (at least I hope) that these principles are infectious and that Far Easterners that study in the West do in fact bring them back to their countries, this would be great news for people in this part of the world even if their governments and parents don’t quite know it yet.