By no means does this list represent what I think should win, but what I think will win. That being said, some of these picks totally deserve to take home the golden statue.

I predict a big night for “Slumdog Millionaire” because it’s the obvious choice and the academy almost always goes for the obvious choice. I’ve seen three of the five films in competition this year and I liked “Slumdog” the most, but that isn’t saying much. It’s more like I hated it the least. I’ll save the juicy details for the review I plan on writing if and when it comes out in South Korea. 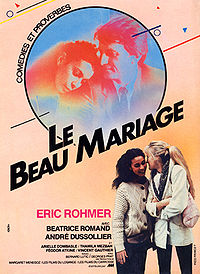 I’ve already gushed over Eric Rohmer enough in the past two weeks (see previous posts), so I’ll try to keep this relatively brief. Like most of the other films in the “Comedies and Proverbs” cycle, “A Good Marriage” is a charming reflection on the precarious nature of male-female relationships. 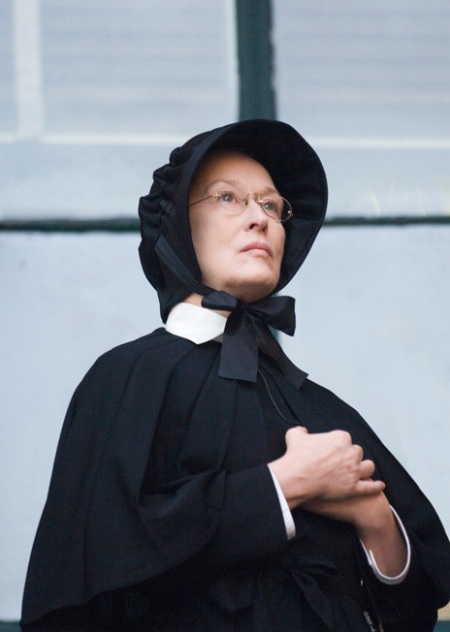 It’s 1964. President Kennedy was just assassinated and the Civil Rights Act has been passed. The times-they-are-a-changin’. In a parish in the Bronx, the lone black student struggles to fit in with his classmates, but the kind and gentle priest (Philip Seymour Hoffman) takes him under his wing. Before long, the school principal and head nun (Merryl Streep) suspects him of molesting the child and makes it her mission to expose him despite lacking proof. At times poignant and evocative, “Doubt” works as a cautionary tale against the dangers of excessive confidence.

THE CURIOUS CASE OF BENJAMIN BUTTON

“The Curious Case of Benjamin Button” takes the spectator on a journey throughout the life of a man who ages backwards. Benjamin Button (Brad Pitt) is born a decrepit old codger whose mother dies in childbirth and whose father abandons him on the front steps of a retirement home (how ironic Mr. Screenwriter!). As time goes by, he realizes that he’s been dealt the fantastical fate of growing young.