The time has come… a new home… bigger and it will be better. Please update your RSS feeds to get all my blogs and updates via… 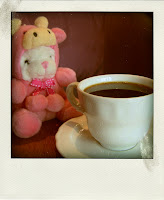 The first week of the new year is over (well at least the work week for me)! While in 2010, I ran two contests, I’m hoping to run a few more this year and it’s time to get started.

As you know, I’ve been releasing videos three times each week for some time. Normally, it’s just me appearing in them; however, back in November, someone else tagged along.

No, it wasn’t Jo (she’s almost always with me)!

It was Little T! (I think he’s still a little pissed at being left behind when we were in Indonesia.)

It was a long, long day. Tuesday, January 4th rolled around in Korea, and I knew it was going to be a tough one. In 24 hours, the organizers at Paradise Hunter would announce the finalists for their hosting competition. It was something I wanted to be a part of, and after months of not getting my hopes up too high, I found that they were. So the waiting began. 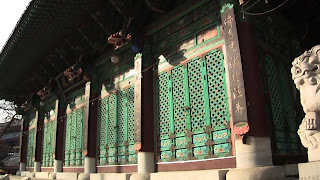 While out in Seoul this past December, Jo and I exited Oksu Station (Line 3 and Jungang Line) on our way to a friend’s place. Standing beneath massive bridges that towered above us, our eyes were instantly moved to our right and Mitasa Temple (미타사). It literally took a few seconds to walk across the street and enter the grounds of this local Buddhist Temple. 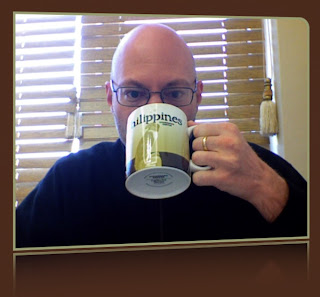 Ladies and gentlemen! It is here! Christmas! Well, for folks on the other side of the world, that is. Jo and I had a great day at home, rather than exploring Korea. After all, staying inside is a whole lot better than braving the -14C weather that we’re experiencing.

It’s Christmas again! Jo and I recently sat down and decorated our tree for 2010. Join us as we share some memories behind each of our new additions.

BTW, Michael Buckley is awesome and a friend, so that’s why I was poking fun at him at the end. He has a real tree that is freakin’ awesome!

We’re off on holiday until January, so until then, we hope that you and yours have a very merry holiday season! Be blessed in 2011!

Jo really does know how to find great deals and got me a super one with the GoPro Camera. I’m still learning how to best use it, but today, I decided to strap it onto my head and walk to work. The 5-megapixel camera took an image ever 2 seconds… and a total of 733 made it to the memory card.

I then dropped it into Final Cut Pro with every picture on-screen for 2 frames. It was a pretty good deal! 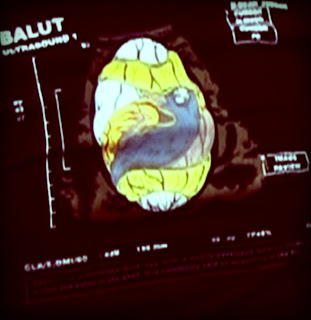 When I was preparing to travel to the Philippines this past summer I had a mission: find and eat balut. For those not knowing what this dish is, let me break it down for you.

Balut is is a partially fertilized duck egg, typically sold on the streets throughout the Philippines. It’s believed to enhance sexual energy and be a healthy snack. In fact, my father-in-law used to eat them by the dozen. 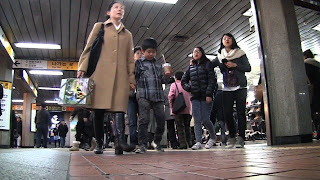 Seoul has a ton of places to shop. While many people flock to department stores, Jo and I like hitting some of the more unusual places. Recently, as part of our Christmas shopping routine, Jo and I headed out to the Express Bus Terminal (XBT for short or 고속터미널 on the subway map).

There is a Shinsegae shopping mall associated with the facility, filled with higher-end merchandise, but Jo and I like to seek out unique things. That’s just what we did on this excursion. I even came away with a new head warmer. Check out this little adventure!