I hope this blog entry finds you well. I cannot believe how long it has been since I last posted on Chomsongdae!

It has been just over 4 months since I have permanently moved to Korea after years of going back and forth. Adjusting to life in Korea after living in Canada for over 10 years was definitely not easy. You won’t be able to imagine all the adventures, challenges, and also fun that I have had here.

If you haven’t heard already, SM, one of the largest record labels in Korea has released a new boy band in the end of March/early April.


The group is called EXO, which is another way of referring to extrasolar (exo) planets, that lie out of our solar system. As extraterrestrial as that name sounds, the group EXO is a truly revolutionary group that is topping music charts in Korea, China, and Japan. In addition, EXO has a huge fan base based on various online sites, literally around the world, from Italy to Indonesia and beyond.

One of my favourite places in Seoul is Insadong (인사동) and Ssamziegil (쌈지길), which is part of Insadong.
This part of Seoul can be quite busy at times because it's a well-known tourist location. However, you definitely have to drop by before leaving Seoul.
This place is so rich in culture where the old and the new of Korea co-exist. It's one of those places that makes you stop and think about Korea, not only what it is in the 21st century, but also about the long historical past that this country has.
If you initially became interested in Korea through Hallyu (K-pop or dramas), or you are more familiar with Korea as an economic miracle of the 20th century, then this will show you another part of this country.

Hello readers, I apologize for all my regular readers who have been waiting for the next post. But, stay tuned for July when I will be updating the content and design for the blog 🙂 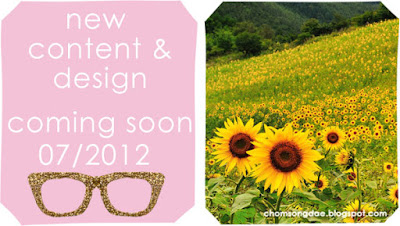 
I don’t know about you, but December and the beginning of January is a time of the year that I really hold dear to my heart because this is when I can catch up with family and friends and reflect on what I want to do in the new year.


One of the ways I have been preparing for the new year was by reading during the winter holidays. My favourite books are ones that leave me feeling inspired and motivated to pursue my goals and dreams. And to leave you inspired, today, I am going to share two of my favourite online sources on Korean books and cartoons.

I had a chance to visit Pyeongchang shortly after it was announced that the 2018 Winter Olympics will be held in the province. It was really difficult arriving there late at night and then after staying for two nights, leaving for home early in the morning. But, I hope you enjoy the pictures and learn more about Alpensia, which will be one the main places where the Olympics will be held.

Dear readers,
I hope that you’re having a great day, wherever you may be. 그리고, 좀 있으면 벌써 2011년이네요!
모두들 새해 복 많이 받으세요! The new year is just around the corner! I wish you many blessings for 2011!
I never had the chance to do a part II for my blog entry on Jeju Island, so I thought that I would share some pictures that I took at the Teddy Bear Museum there. It’s an amazing place, if you like teddy bears. 🙂

Today I will begin introducing you to some of the beautiful places I visited in Korea. For this entry, I will focus on one place I visited while I was in Jeju Island.

Jeju Island is the biggest island in South Korea located at the Southern tip of the penninsula. The Jeju Volcanic Island and Lava Tubes was designated as a UNESCO heritage site in 2007. (Don’t worry folks; although the island is covered by dark-brown volcanic rock and volcanic soil, the volcano is dormant)

A couple interesting facts about Jeju:

Sorry it’s been so long! I have been caught up in traveling, working and hanging out with family and friends in Korea! It’s been amazing. I can’t share all of my experiences, but let me share with you some of the highlights. The first highlight was going to a FC Seoul (FC 서울) soccer game. 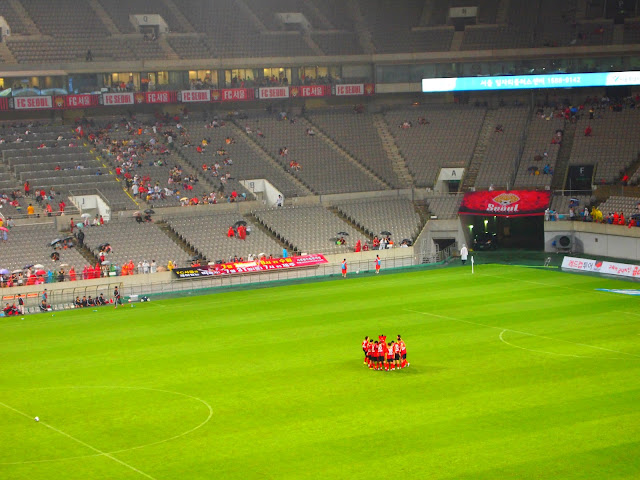