I never thought I’d be in one someday. I don’t think anyone ever dreams or hopes to be in a long distance relationship. After all, I am at the age where I want to go for fun dates, movies, dinners, shopping – just having a boyfriend who can be there for me. At 23, my relationship is filled with extreme emotions. The joy of each meeting and the tears of each separation.

Here is how we make our long distance relationship (LDR) work: 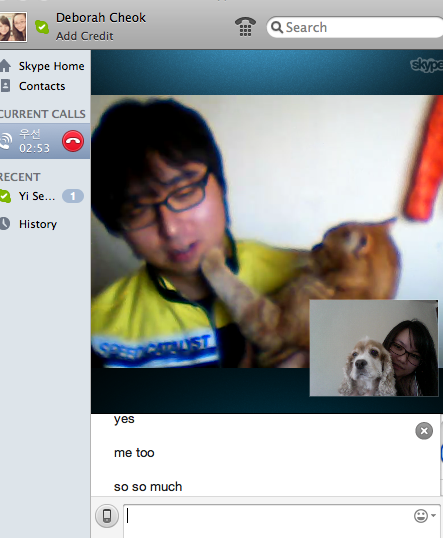 No matter how tired we get at the end of the day, we always make it a point to talk before we go to bed. Many couples don’t realise how lucky they are to be able to simply make a phone call to their partners while LDR couples have to endure the (sometimes) horrible Skype connections or bad wifi connections. But when the connection is good, we get to see each other and just talk about what we have been doing in the day. We have one rule that we’ve both been keeping faithfully – never ever go to bed angry. We adopted this from Ephesians 4:26 “In your anger do not sin: Do not let the sun go down while you are still angry”. It forces us to talk about our conflicts and be open and honest to each other. It’s been one and a half years now and I’m glad we’ve kept this promise till today.

#2 – Dare to show your emotions 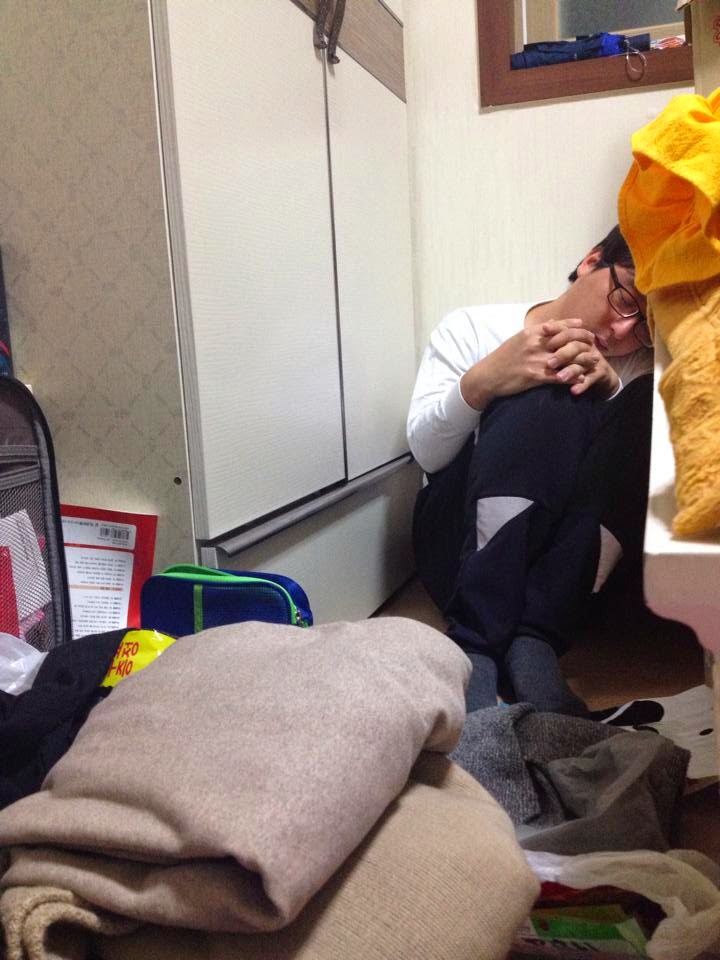 This was a real problem for us in the beginning. He hid a lot of emotions – especially sadness, & anger – from me when we started dating. He said it was a Korean thing where guys should not cry or show that they are sad in front of their wives/girlfriends. Generally, I think all (Asian) guys think the same. It took awhile for me to convince him that he had to tell me how he was feeling because if he hid all his emotions, I would not be dating with his ‘true self’. When couples dare to express themselves, your partner gets to learn more about you: what angers you, what upsets you & what makes you happy. This is especially important for LDR couples because we simply have no time for hiding emotions when all our communications are on screen.
(Kimchi boy crying secretly while I was packing my luggage the night before my flight back to Singapore)
#3 – Don’t hide your relationship 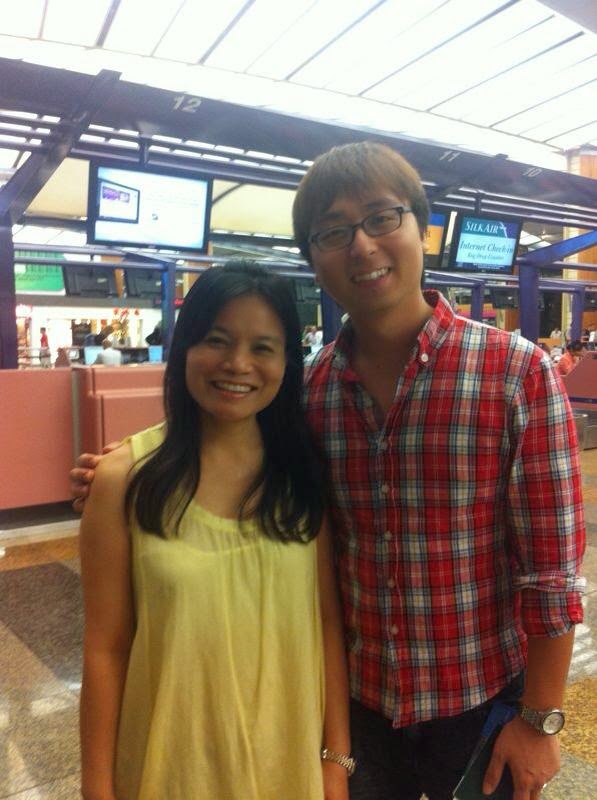 This is going to be a tough one. Because many people are still skeptical about online dating, it will probably be difficult to convince your friends & family. Even so if you’re at a younger age. I’ve mentioned before, when I initially wanted to go meet Kimchi boy, EVERYONE was against it. My mum even refused to talk to me for almost 2 months because of this. But I (foolishly?) insisted that I know he wasn’t a bad person. Thank God I met a really nice guy who was nice, gentle and honest. I trusted him because we had been skyping for some time and I’ve seen him, seen his parents over skype, seen pictures of him & his friends, know where he studies (all thanks to Facebook!) It was just a gut feeling that this guy was an honest & sincere man. I do not encourage people to just go ahead and meet your potential online boyfriend/girlfriend but I’m just saying – it takes some judgement, trust and common sense.
The main reason why you shouldn’t hide your relationship (whether it is a long distance one or not) is because.. Why should you? You’re not doing anything wrong, it’s not something that has to be kept a secret unless you’re a third party or something. I’m glad I’d involved my family from the start because it also helps them to know him so much better. Being in a long distance relationship is tough, don’t make it tougher by keeping it a secret.
(Kimchi boy with my mother at Singapore’s Changi Airport. He was returning to South Korea.)
#4 – Don’t become lazy! 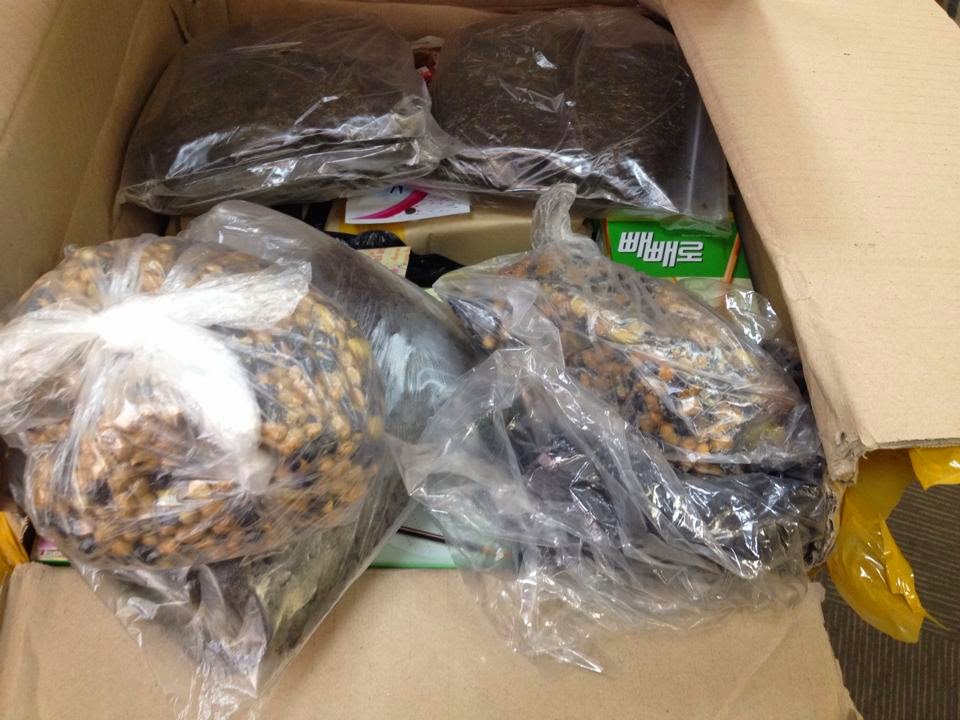 This is what kimchi boy said, “Don’t ever be lazy for our love”. He refers to all aspects of the relationship. He has regularly sent EMS (air packages) from South Korea to Singapore for my family. Despite the expensive charges and the fact that he had to bring the heavy box from his home all the way to the nearest post office (30-45mins away), he never once complaint. There was once I lost a handphone cover that was only available in Korea and it was out of stock everywhere, even in their Korean site. He actually travelled to all their factories and warehouses just to find the only last piece that was available.
Ok – it might be a Korean thing again because we all know (from Korean drama) how much Korean boyfriends sacrifice and do all sorts of things just to make his girlfriend happy. But seriously, couples should never be lazy to do things for each other. No matter how long they have been together. The moment you start getting lazy, that’s the point your relationship starts going downhill because the love and commitment level goes down too. This is probably easy for LDR couples because your relationship now becomes so precious that you are willing to go to the depths of the sea for him/her.

#5 – Trust is the luxury of letting go.
I’ve always had problems with trusting any ex-boyfriends, until I met kimchi boy. Sometimes, I think it requires you to give up some things to help the other party trust you. We don’t drink, club & have very few friends of the opposite sex. Not because we have to, but because we know these are things that could potential spoil the trust in our relationship. I know people debate on whether it is right to read your partner’s text messages and the issue of personal privacy but really, what is there to hide when you have not done anything wrong? I think that there is no right or wrong, it really depends on what each couple wants to agree on.
I know my long distance relationship is an easy one because of him. He is much older/mature and had  passed “the playful stage”. He is different from most Koreans – sometimes my Dad says he is almost not Korean – he doesn’t drink or smoke AT ALL. He has no interests in clubbing, talking to girls or playing online games like most of his friends. His parents are traditional but not conservative – meaning they are not bothered that their son might one day marry a non-Korean. They actually love me like their own daughter. We do have communication problems sometimes but he can speak English well enough, compared to most Koreans.

I think the most important thing is to have a mindset that this relationship will work if you put your heart and soul into it. It will be a tough relationship, but the most rewarding one you will ever have.