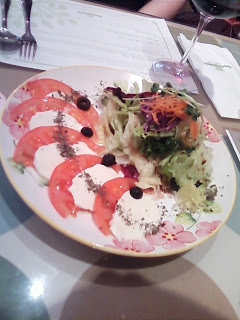 On one hand, Benepiatto offers a selection of reasonably priced and edible italian cusine, in a fashion that brings to mind the excellent Japanese chain Sizzeria (unfortunately, no branches in Korea). Most of their food is just fine. The mozzarella & tomato salad looks just the way it should, and they have a selection of pizzas which do not suffer from corn-infestation. Overall, it almost tastes as good as the italian food you cook at home, and you don’t have to cook it.

The first rule of Benepiatto is you must never, ever order the pizza known as “Primavero”. It is, without a doubt, the worst pizza I have ever seen or tried – and once I ate a slice of custard pizza in Kyoto (don’t do that either). One victim of the Primavero described her experience thus:

“When I saw it I just wanted to cry.” 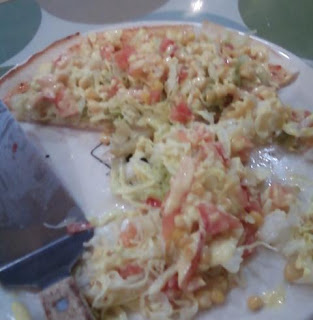 And I must say my experience with the Primavero caused me to feel the same way. The pizza itself was a horror to behold. How does one even describe the atrocity that was committed in that kitchen? I had night terrors for a week afterwards. Sometimes the cabbage still haunts my dreams. Sometimes I wake in a cold sweat, the laughter of the mad chef and his hunchbacked assistant still ringing in my ears, as he gives life to this unholy fusion of salad and pizza. The earth itself seems to cry out in torment, and the heavens angrily hurl thunderbolts and sleet. The creation itself sobs quietly, knowing even from the moment of its unnatural birth that a corn and cabbage pizza violates the laws of god and man, laid down from time immemorial….

Suffice to say, avoid the Primavero pizza, its not worth it. Also not worth it is the house wine, which is both lousy and served in thimble sized amounts. I have it on good authority that their coffee sucks too.

Finally, I must warn potential diners about Benepiatto’s extremely poor service. The first time I went there the waitress poured half a jug of water on me, and then ran away. Outside of “refilling” your glass, the staff are loathe to do anything other than play with their phones, so avoid any extravagant demands for a menu, some food, or to pay the bill so you can leave this place. In the unlikely event that you do have contact with a staff member they are rude and sullen, not to mention slow, at best.

Obviously I can’t really recommend this place. Some of their menu is worth eating, but there are so many better options in Hadan.

Phone:
Location: From Hadan subway station, take the Dong A University exit and continue walking toward the university. Look for the big lime green sign and fake garden out front.

English Menu: Dish names are in English, ingredients in Korean.