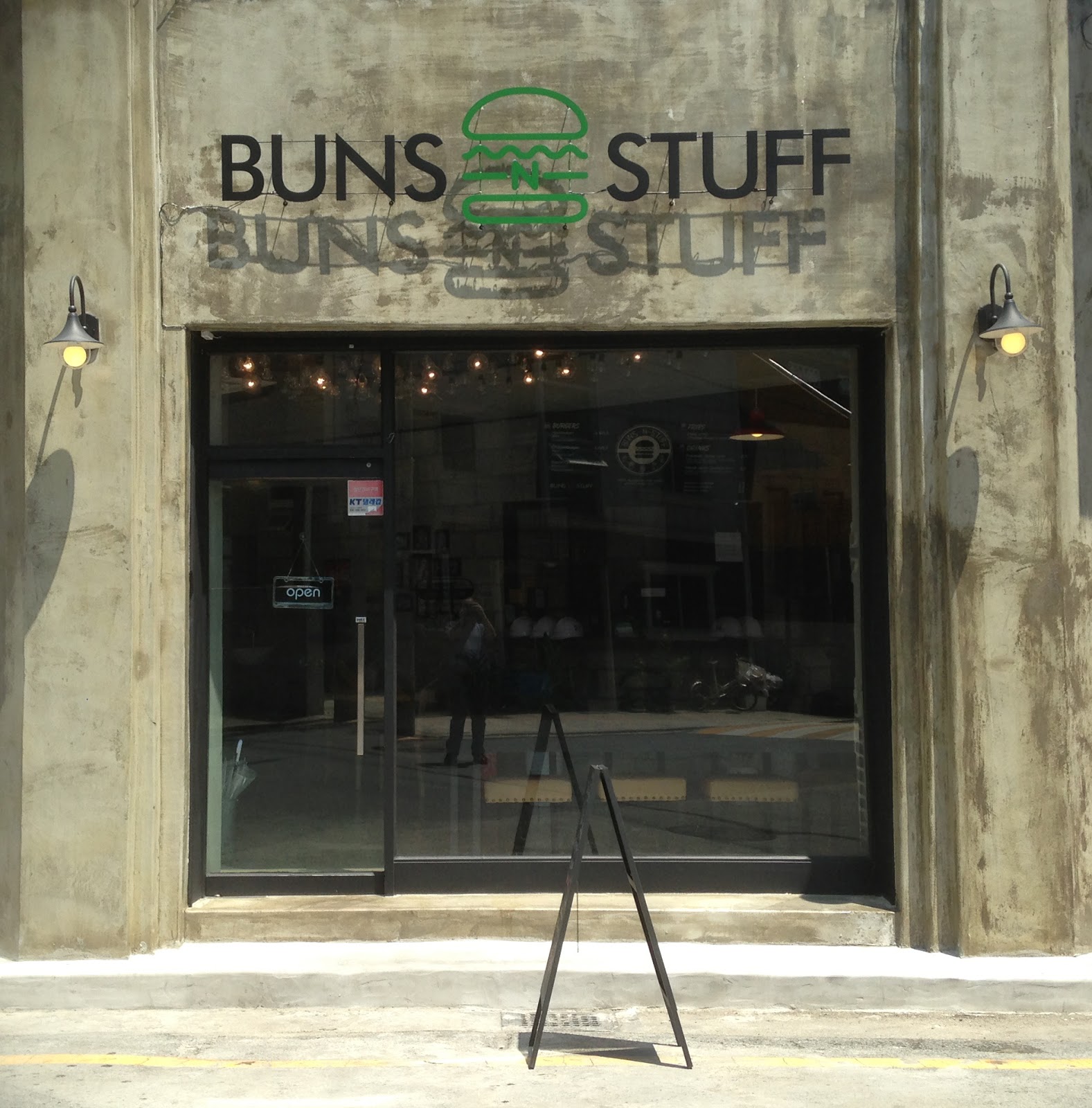 There’s a new burger restaurant in Daejeon and it’s a contender. It’s only been open approximately 3 weeks and its creating a buzz in the Daejeon expatriate community.

Kwangwon (call him K) and his wife Yunkyung (Yun) have arrived on the Daejeon restaurant scene with a simple and straightforward approach to burgers. Three different burgers to serve to you all, three burgers to conquer your hunger.

K was born in Daejeon. He later moved to Anaheim, California for school. I asked what inspired him to open a burger restaurant. He said, “I came back to Daejeon from California, had a job, worked, and quit.” He added, ” I wanted to do my own thing and I love good burgers” I could sense the passion in his voice as he named off all the popular burger establishments in California and American Southwest.

“The inside decor was K’s idea” Yun said. I was impressed, it was simple, modern, and not saturated with tacky trinkets like that of TGI Fridays. 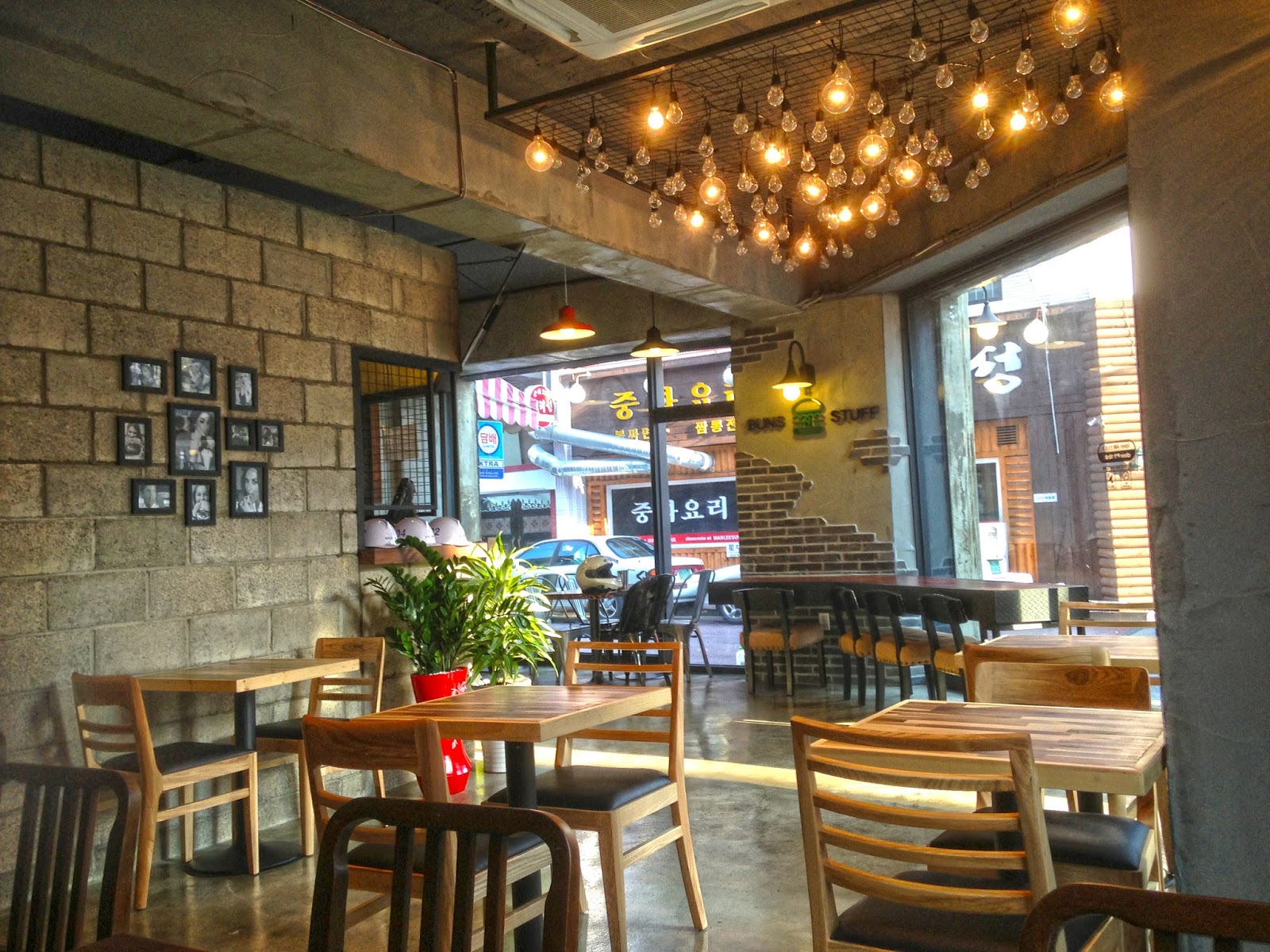 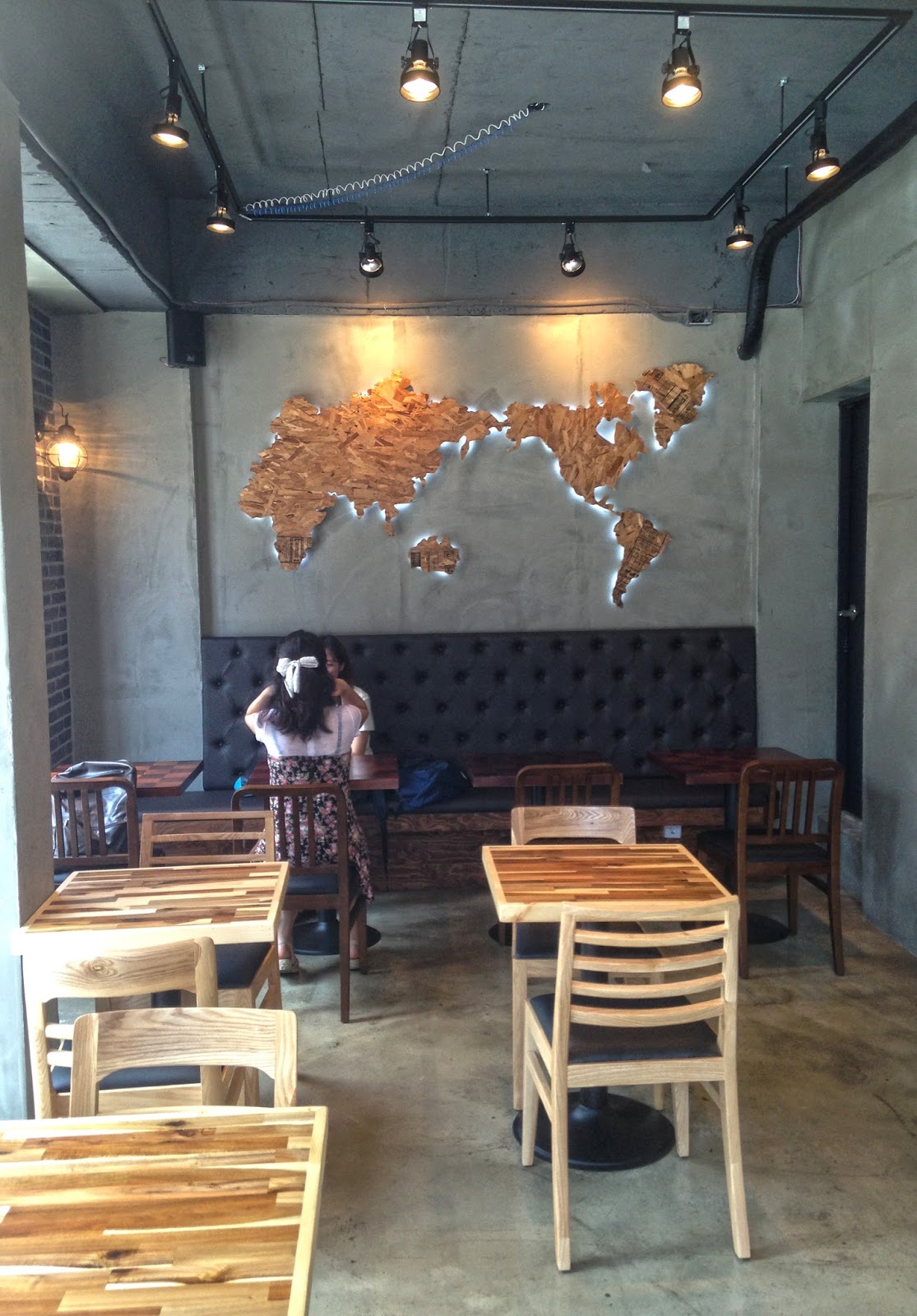 Ok, let’s get down to business. How was the burger?  I went for the Cadillac: the bacon cheeseburger.

Upon gazing at the sexy presentation of the burger wrapped in a paper skirt with the vibrant color of a nicely displayed cut dill pickle, (yes, that’s right) juicy bacon atop the patty, and melted cheese; I was…Yep you guessed it, REALLY hungry. 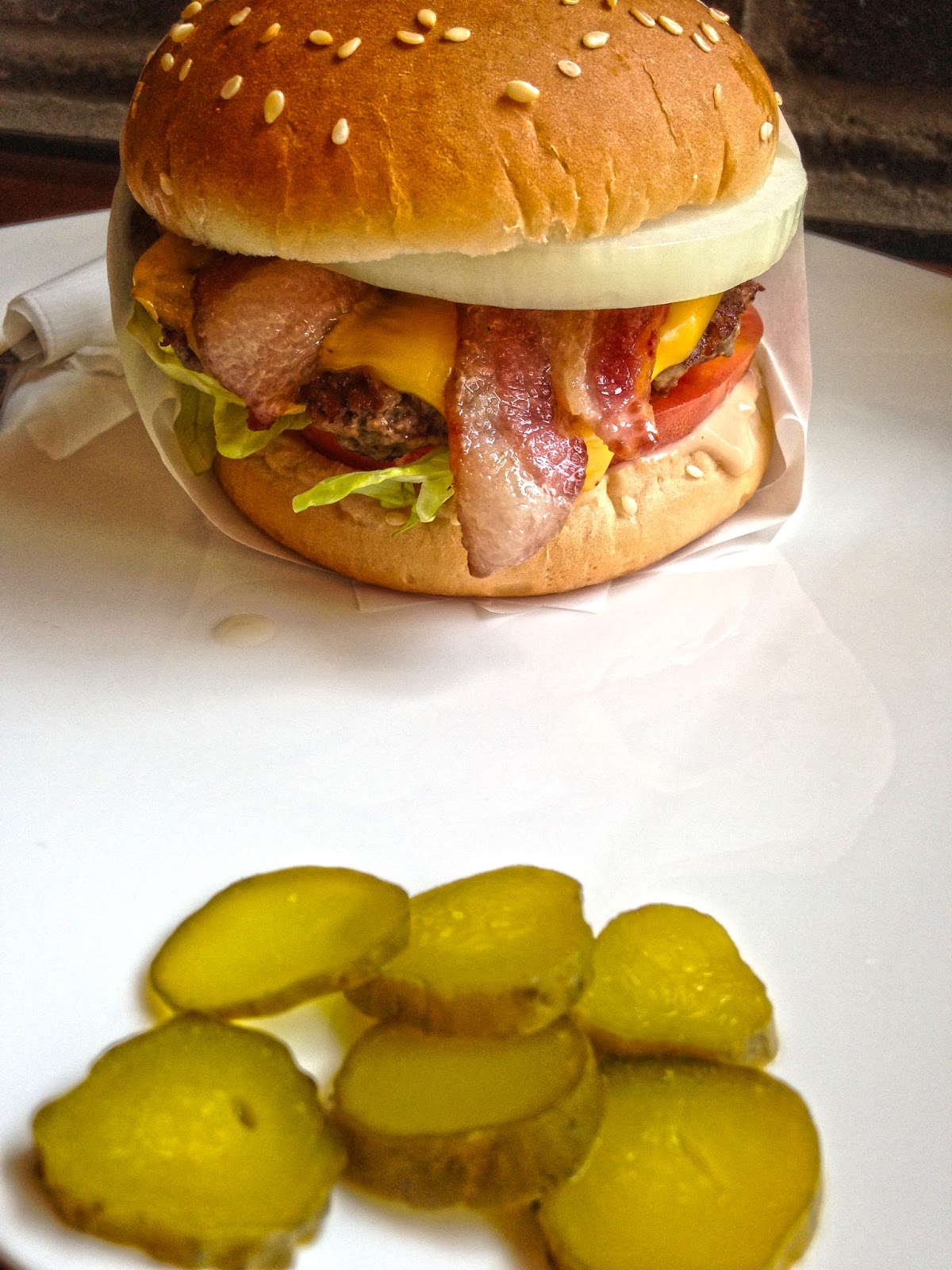 After my first couple bites, assessing whether this was real, I slipped into a momentary time warp. I clicked my boots together and repeated “There’s no place like home”. Only to open my eyes to Daejeon once again. It was a good couple of seconds.

Every burger lover looks for particular characteristics to meet their criteria of a good burger.
I for one, thoroughly enjoy a reasonably seared patty. This produces a slight charred flavor. K accomplished this without drying out the meat; retaining the flavorful juice inside.

Any good businessman appreciates feedback from his customers, no matter the industry. He confidently asked what needed improvement. I suggested a different bun, as the bottom half deteriorated before I was half way through. K, being in touch with his customer base had already ordered a different bun to be delivered later this week. 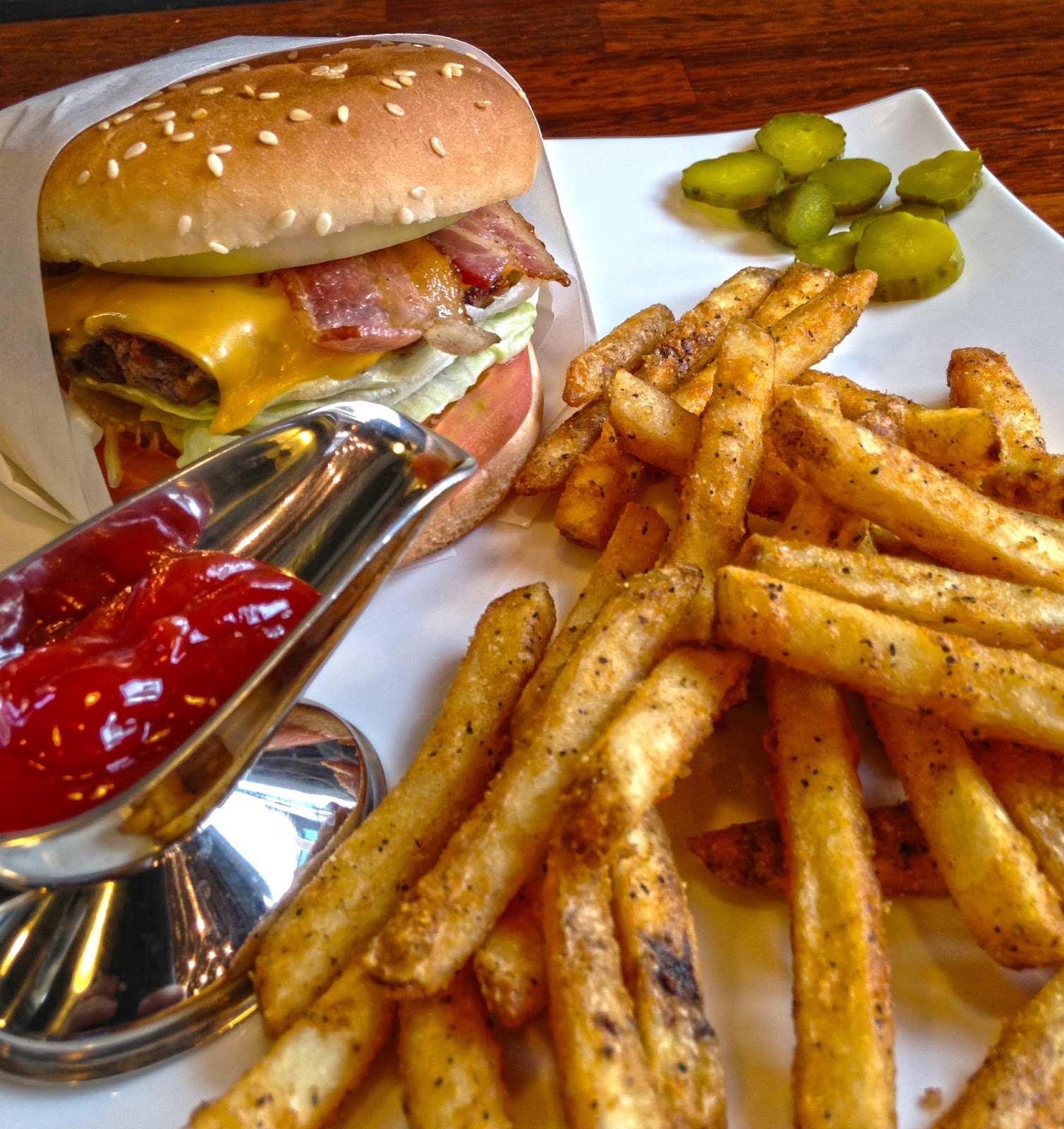 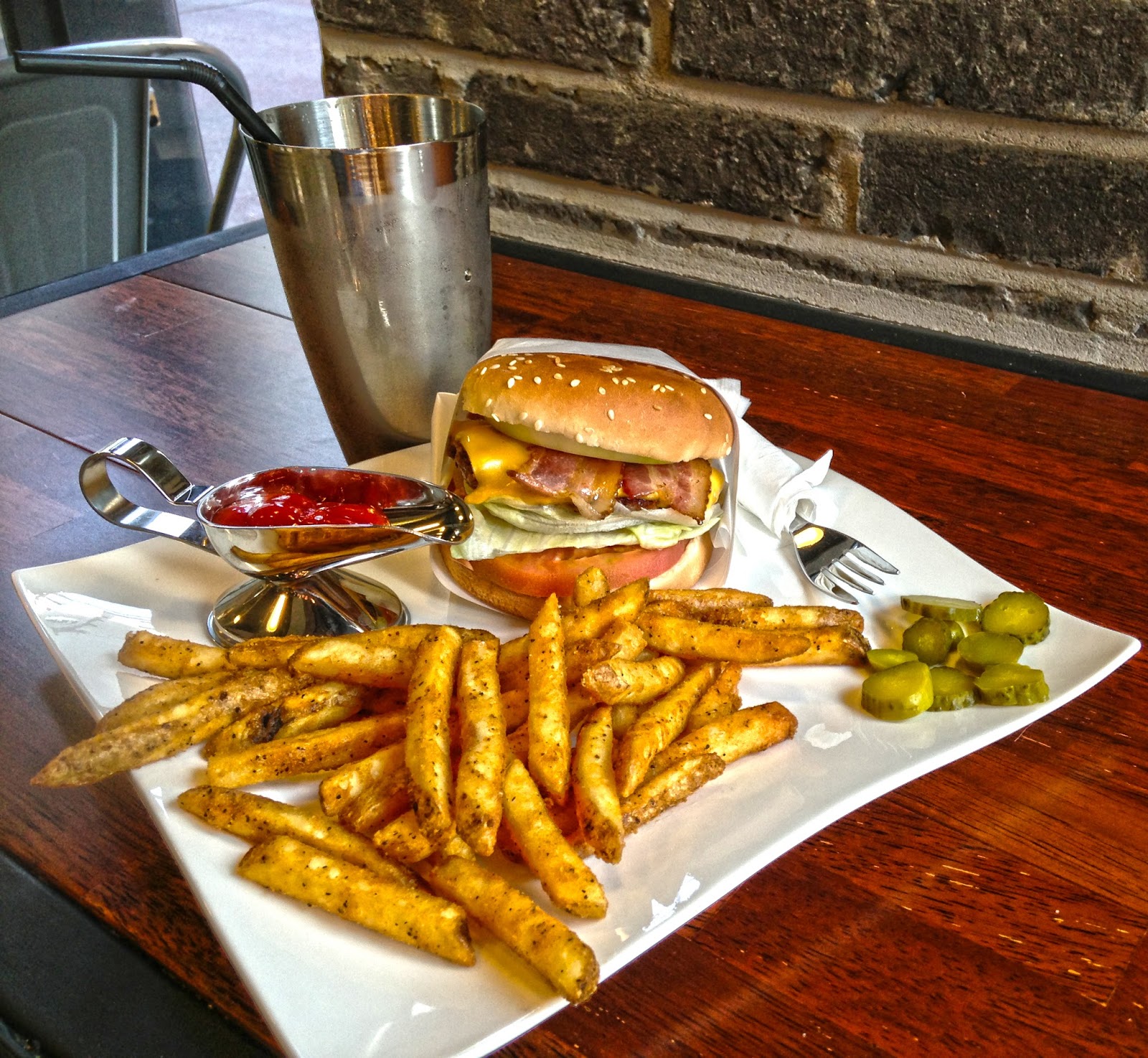 “Another of K’s ideas” Yun responded, as I complimented them on the use of the metal cups for their fountain sodas. Preserving drink quality without it getting watered down from melting ice while keeping it cold, nice move.

Did I fail to mention the hand spun shakes of various flavors, including strawberry lemonade and smoothies?

Ladies, you’ll be happy to know there’s an exclusive “Ladies Only” restroom inside Buns-N-Stuff. Guys, ask for the key at the register. It’s located outside to your left. 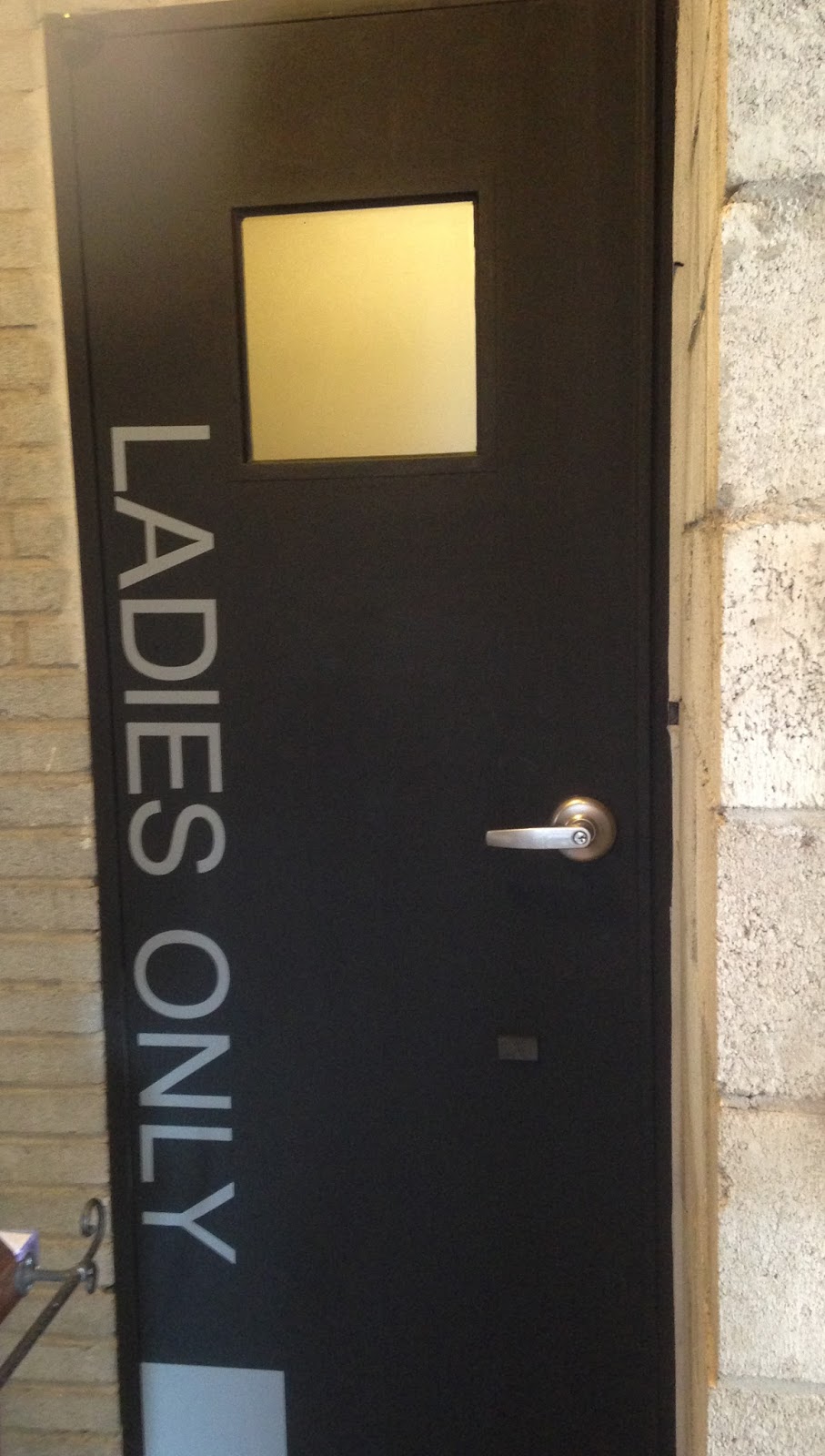 In addition, they have a nice basin to wash your hands. 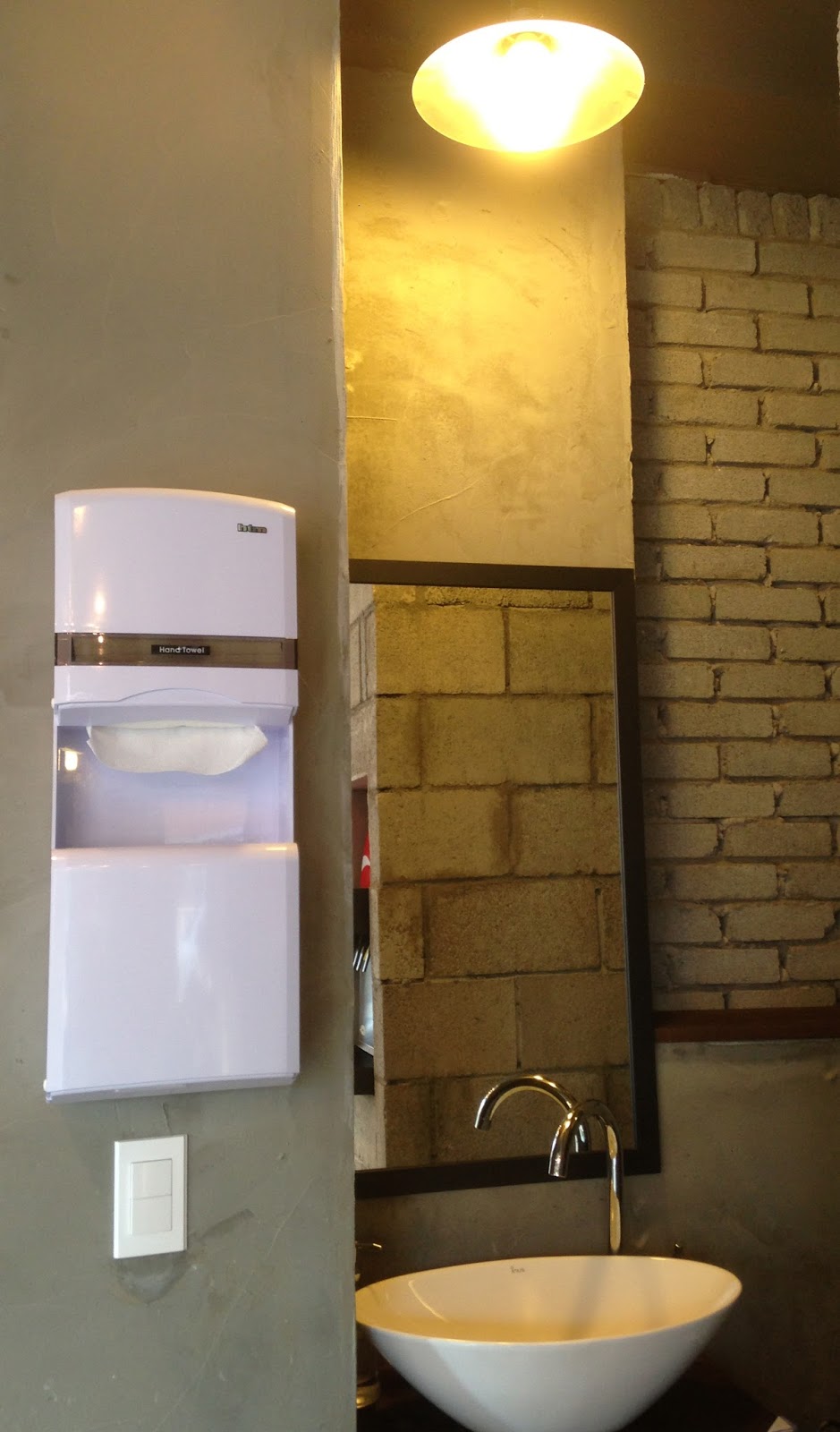 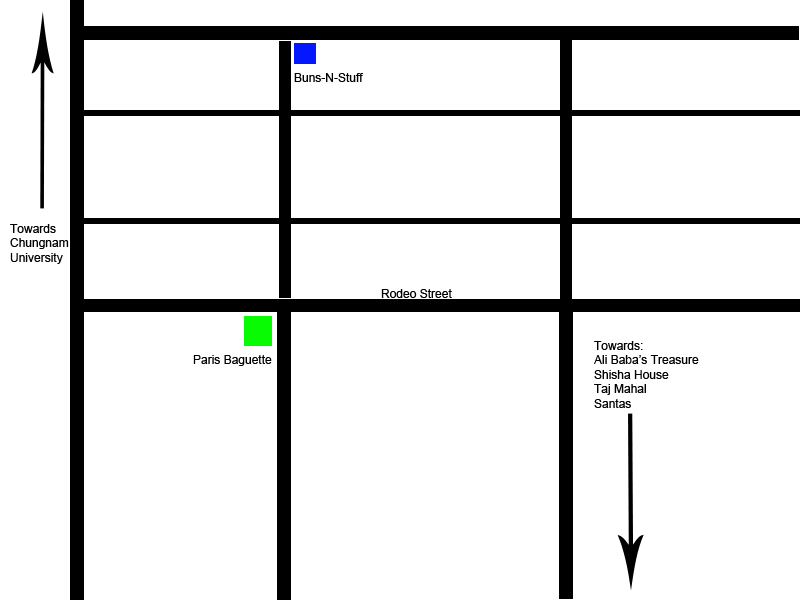 The burger had nice beefy notes with a slight char flavor. The seasoned fries were a nice change from regular ol’ fries.

The Iceberg lettuce and tomato were both fresh and ripe. The bacon
was savory.

The presentation was fine.

No complaints on the service – English, Korean, doesn’t matter, all your needs will be met^^