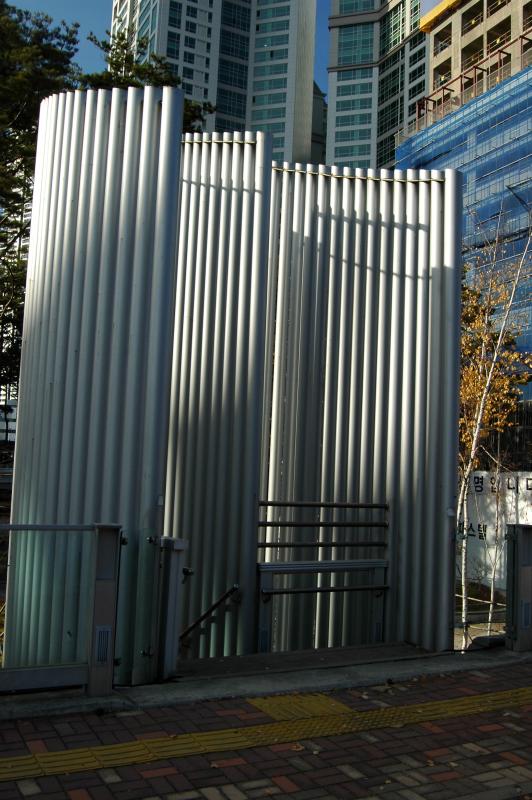 Who would’ve thought a staircase could look so fancy?

Take the subway well south of Seoul. When you’re not quite sure where you are relative to the capital city, get off. Once you’ve arrived, go past the huge bus stop where precisely two small buses always seem to be parked. Walk about a block to the main road, and turn right. While a number of buses continue into this relatively rural area south of Seoul, a couple buses make a U-turn to whisk you to another world.

Who would’ve thought a staircase could look so fancy?

Take the subway well south of Seoul. When you’re not quite sure where you are relative to the capital city, get off. Once you’ve arrived, go past the huge bus stop where precisely two small buses always seem to be parked. Walk about a block to the main road, and turn right. While a number of buses continue into this relatively rural area south of Seoul, a couple buses make a U-turn to whisk you to another world.

One thing Korea is good at is mixing the old with the new. Having a restored ancient palace right next to multiple Western franchise restaurants is no longer surprising. The concept of having an older area of town right next to a town so new most locals haven’t heard of it isn’t surprising either. Perhaps it’s the result of too much money being spent in the infrastructure and not enough on the marketing, but in any case, it exists. 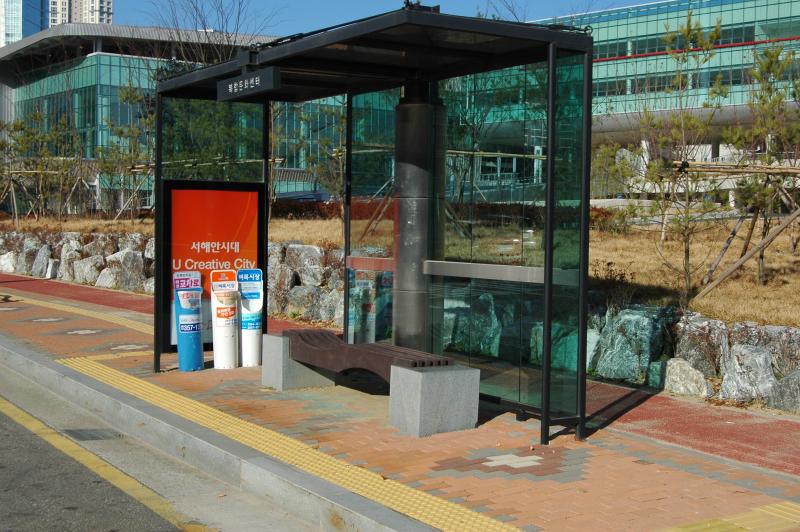 As new Dongtan residents learn quickly, your best bet to get around is a bus. Several bus routes connect most points of Dongtan to either the Gangnam station or Yangjae station in Seoul. As the subways currently run, it requires a several-kilometer journey to reach the closest station – Seodongtan station or Byeongjeom station on line 1 are the closest. Buses also connect Dongtan to Hwaseong city, to Suwon, and elsewhere in Gyeonggi-do. Buses are also the best way to get around Dongtan. Be careful, though, as there are quite a few bus stops that don’t yet have any buses stopping at them. If you don’t see any bus route signs inside (as above), that’s a good sign to find another bus stop. 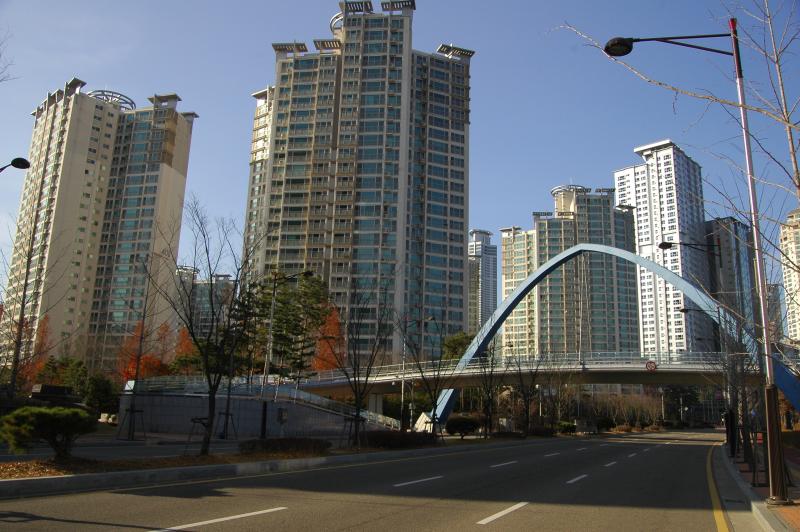 Dongtan is advertised as a Ubiquitous City – a city where technology and information technology exists on a ubiquitous level. Every functioning bus stop has a screen showing how far away the buses are to the minute, while traffic seems to flow smoothly through most parts of the new city. Major bus stops are consciously placed at a 5-10 minute walking distance from housing area, while a recently constructed subway branch connects the area to the Seoul subway system, with plans for additional subway stations supposedly on the way.

A day in Dongtan doesn’t necessarily have one clear destination in mind – being a new town, there aren’t exactly many tourist destinations people just have to check out. There are a few in Hwaseong city and Suwon city – these are, of course, different areas. If you’re game to explore and discover something few foreigners have seen thus far, this is easily the place to go. 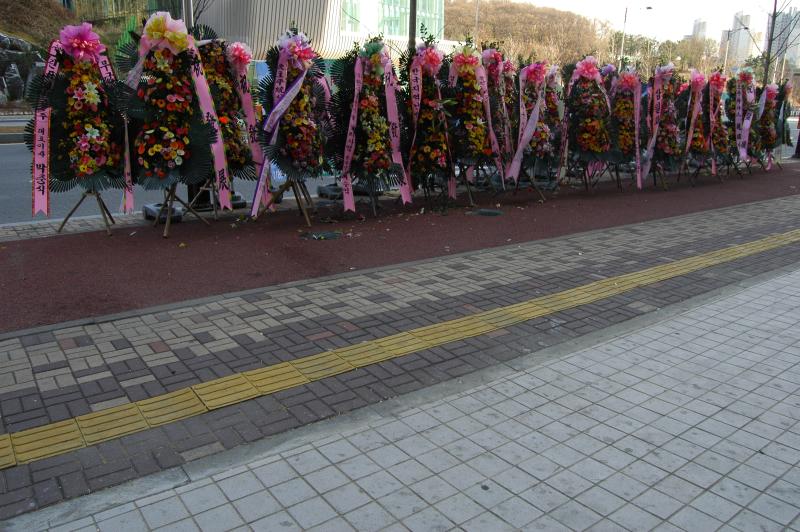 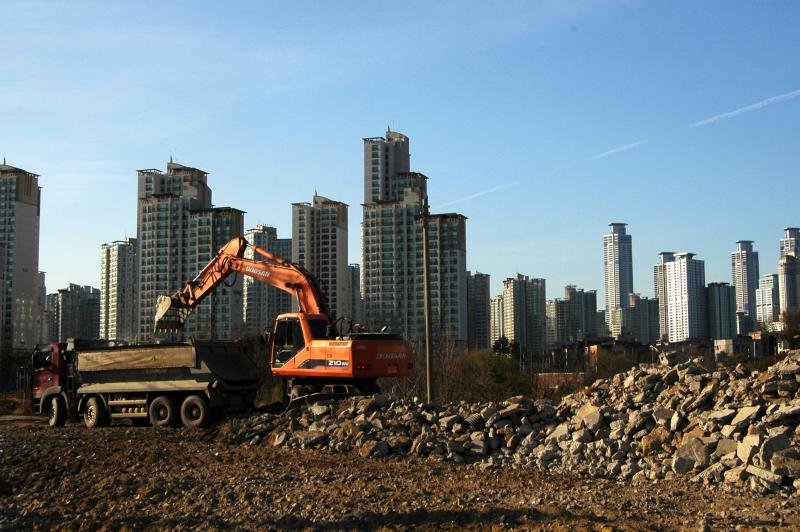 Then the reality sets in – this area, while having a significant amount of completed construction, construction noise occasionally awakens the current residents. An area classified as a park (not pictured) is little more than an overgrown mountain. The area’s most developed park (Central Park) features everything an athlete could offer, but the ‘park’ closer to the expressway isn’t yet worth visiting. 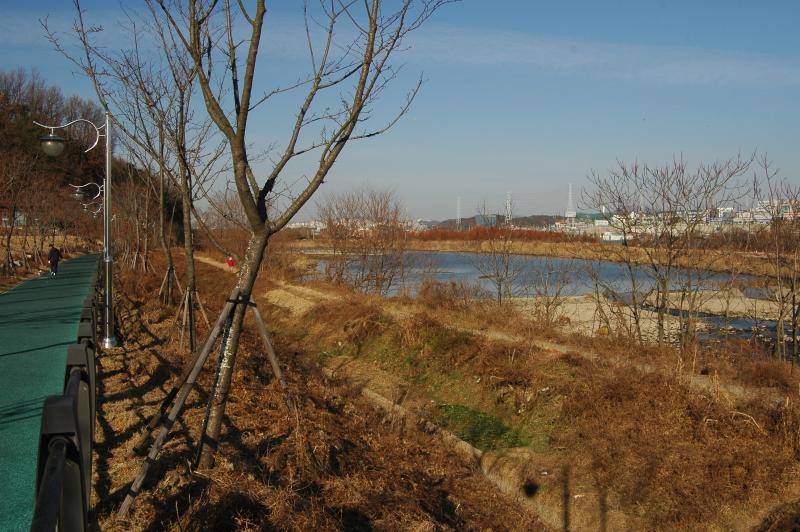 With those caveats mentioned, I’m happy to pronounce this area an interesting place to visit. While it’s an area more people are calling home, a visit may be all you need – especially if you prefer a large expat scene or need to be close to your friends. If you’re coming to see the Korea of the future, this is definitely the area to check out. 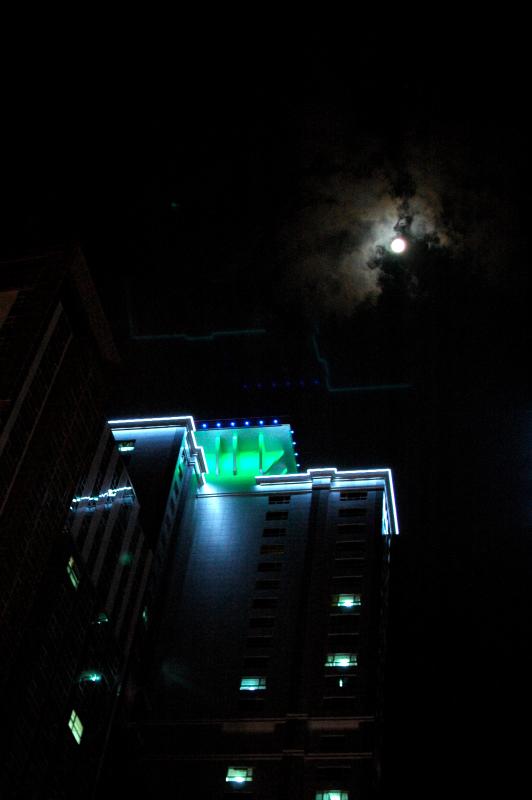 By night, the area lights up as though there was a contest to signal people from far away. Several apartment and commercial buildings serve as landmarks based on their ever-changing rainbow light patterns. The area close to the Ramada Hotel also features a number of room salons – about as close to a house of ill repute as one can get in Korea – and a few Korean restaurants and bars. If you’re looking for the Western restaurants, they’re centered around Central Park. 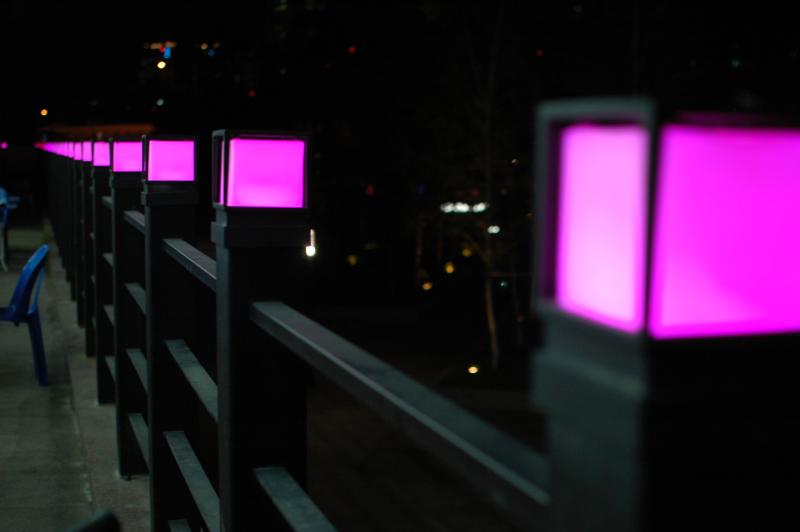 Colored lights are built into many places – including this porch just outside a convenience store. 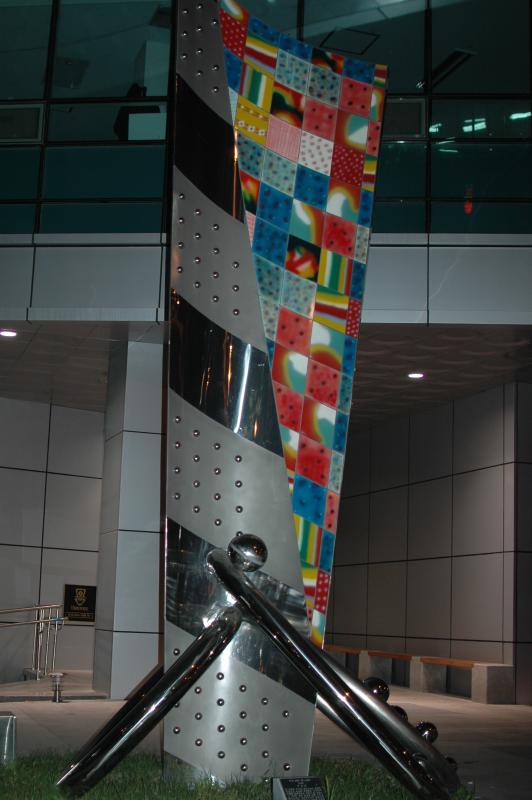 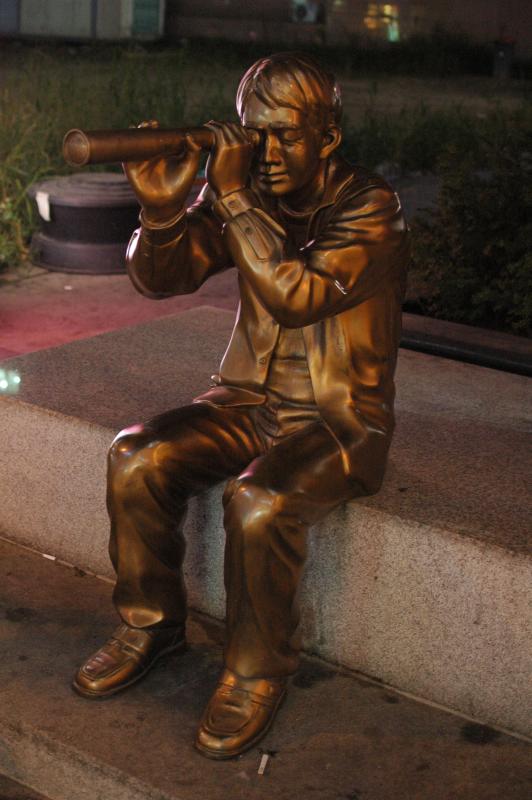 Public art is about as ubiquitous as the technology. While there’s little ground-breaking art to be found, it is a nice touch – and a reminder of the human side of the equation. It’s too easy to lose that amidst the technology and the tall apartment buildings.

Arguably, this is the Korea of the future. Well-connected, with as many pushes to the future as there are things pulling people back to the traditional past, Dongtan seems poised for growth – in a more controlled sort of way.

Directions to Dongtan (by bus – the faster way): From Yangjae station on line 3, take exit 6 or 7 to street level and walk 200 meters to the bus stop in the center of the road. Catch bus 1551, 1550-2, 1550-3, or M4403 and ride it as it travels the Gyeongbu Expressway. While there’s plenty of places to get off, I would suggest getting off at the Metapolis bus stop. It’s a central place to start walking around, and Central Park and the surrounding area is just a few minutes away.

Directions to Dongtan (by subway – the slower way) Take line 1 towards Cheonan or Sinchang to Byeongjeom station. Take exit 2 to street level, ignore the bus stop by the station, then look straight ahead for a crosswalk. Walk one block to the main road, then turn right. Look for bus 708, which takes you into the Dongtan area. Again, your choice on where to get off, but I’d get off at Metapolis.

Make some money with your travel blog!