Continuing the Jeju Christmas Adventure Korea trip – presenting the 2nd day of the trip (12/26). Part 1 can be found here. 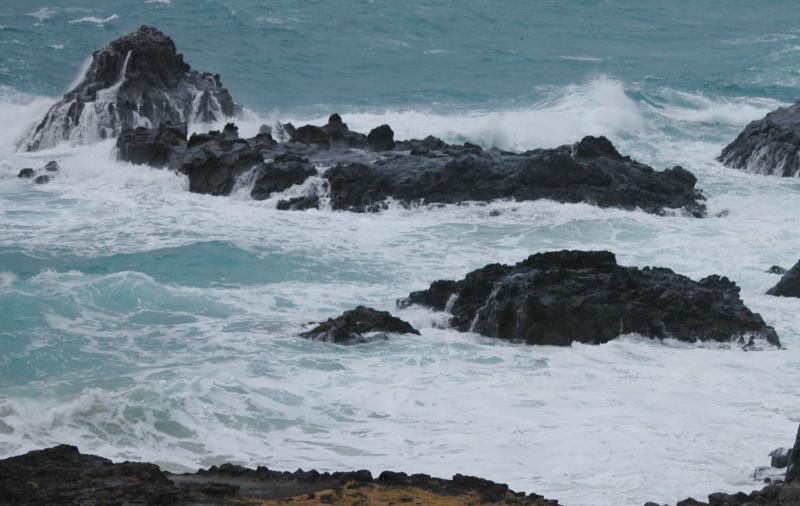 Waking up off the coast of Jeju – while it’s cold, it’s still a great way to wake up. After some breakfast, the sightseers had two options: climb Hallasan (at 1,950 meters, it’s the tallest mountain in South Korea), or go on a bus tour around the island of Jeju-do. We opted for the latter, so off we went to Happytown.

Continuing the Jeju Christmas Adventure Korea trip – presenting the 2nd day of the trip (12/26). Part 1 can be found here.

Waking up off the coast of Jeju – while it’s cold, it’s still a great way to wake up. After some breakfast, the sightseers had two options: climb Hallasan (at 1,950 meters, it’s the tallest mountain in South Korea), or go on a bus tour around the island of Jeju-do. We opted for the latter, so off we went to Happytown. 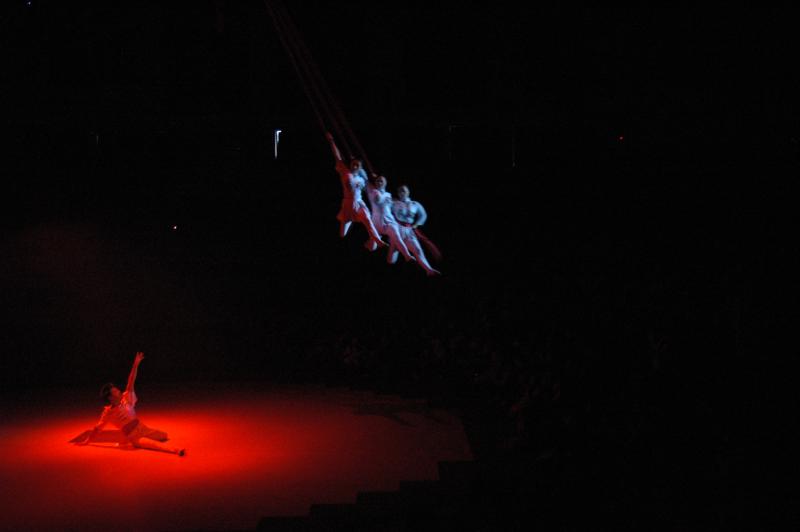 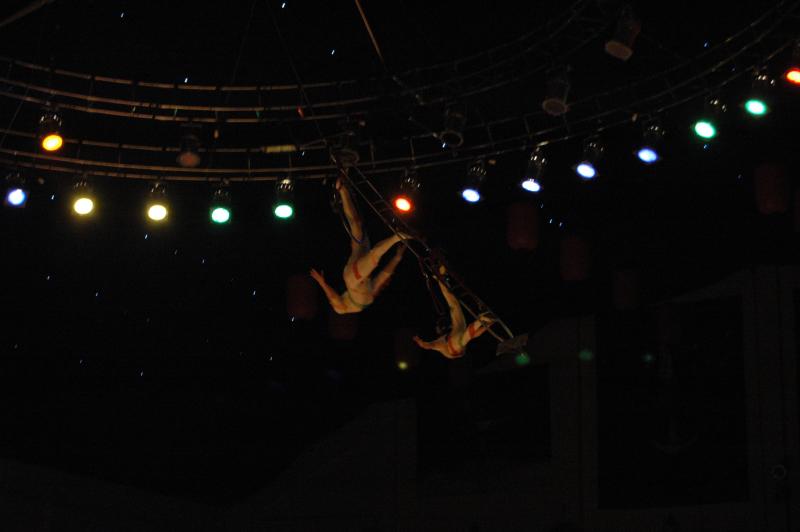 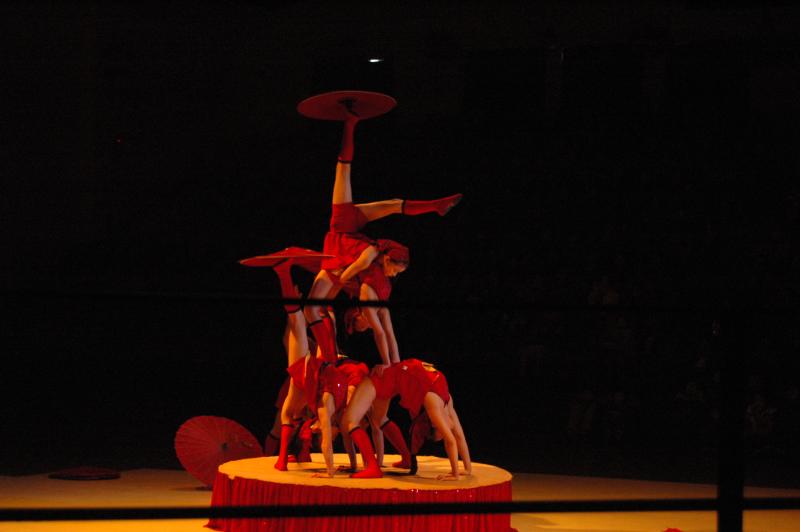 Chinese acrobatics daring to do tricks your parents still won’t let you try. The majority of performers appeared to be quite young, not yet having reached puberty for the most part. A stunning show of flexibility and strength.

But hold that thought – the final third of the show would wow us again: 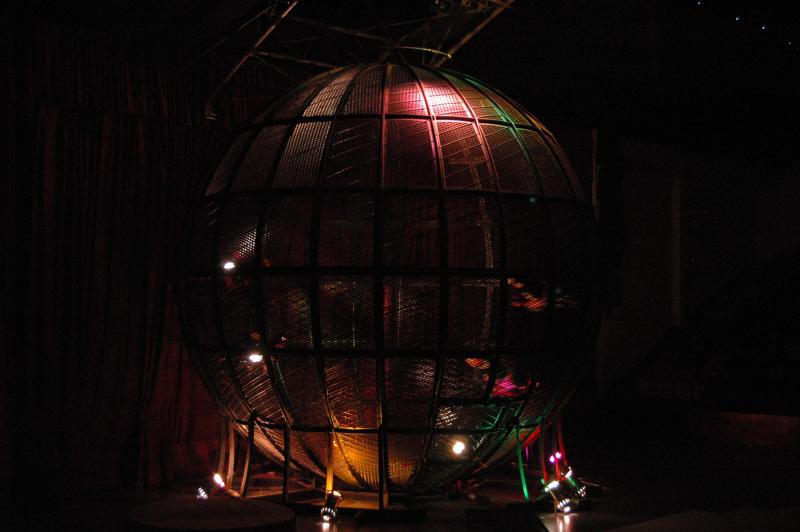 A 10-meter sphere cage used for watching motorcycles go in a big circle. We watched as one biker went in. Then a second… then a third… then a FOURTH and FIFTH… then a SIXTH and SEVENTH… How gravity works inside the ten-meter-diameter steel ball is beyond me – suffice it to say that the pictures don’t do it justice. If you’ve been looking to see a live show, three are offered every day here.

Our next stop was more sedate by comparison – O’Sulloc (오설록) Tea House and Museum. 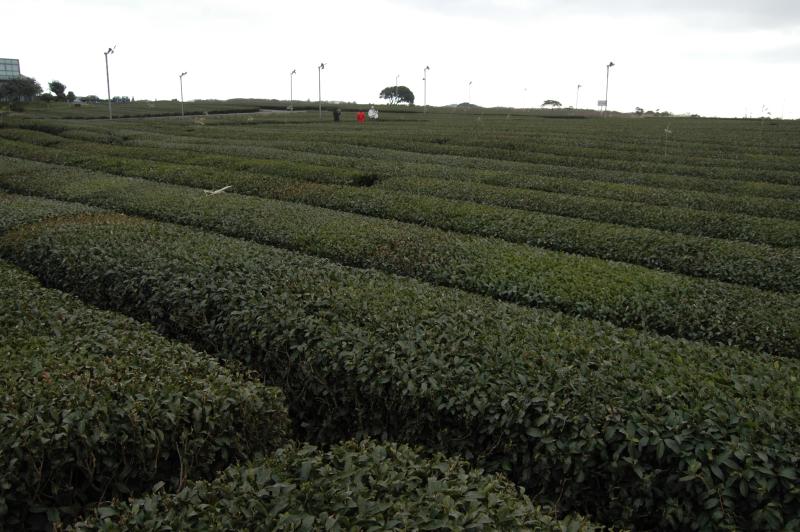 Yep, it’s tea – yet it looks like a well-maintained garden of bushes to the untrained eye. While there’s plenty of tea to see, we soon went inside. 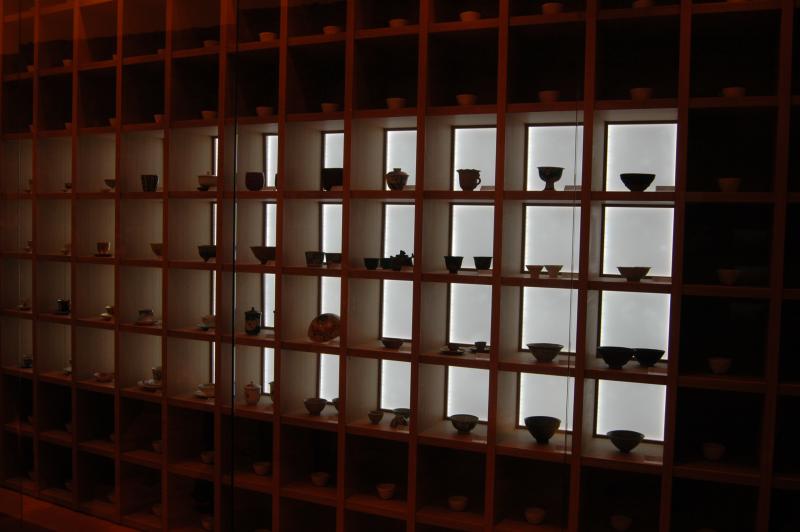 Part of the displayed exhibits focused on the history of tea, while another focused on Korean tea drinking history. This display, a collection of Chinese teacups, shows the variety of things tea has been sipped from over centuries. A second display just around the corner would show Korean teacups: 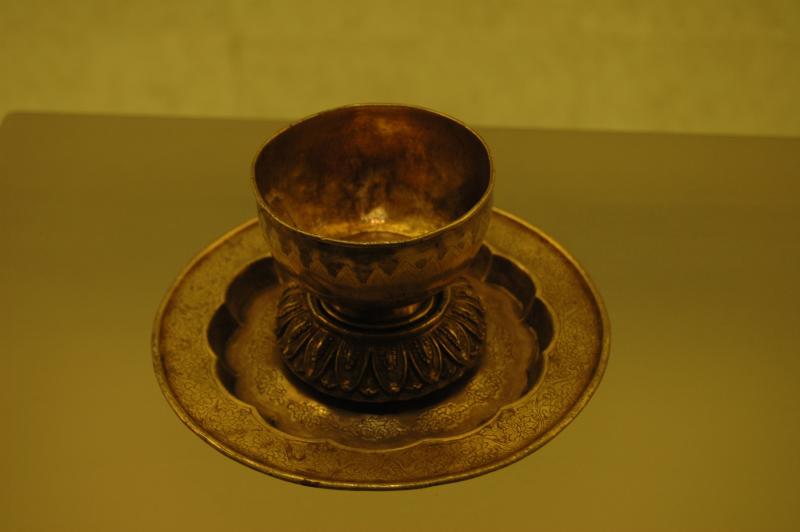 A gold-plated silver teacup from the Goryeo Dynasty (10th – 14th century), during which time a culture of tea drinking supposedly flourished. Although it diminished somewhat when Buddhism was suppressed during the Joseon Dynasty, it made a comeback with the elite group in the 19th century. 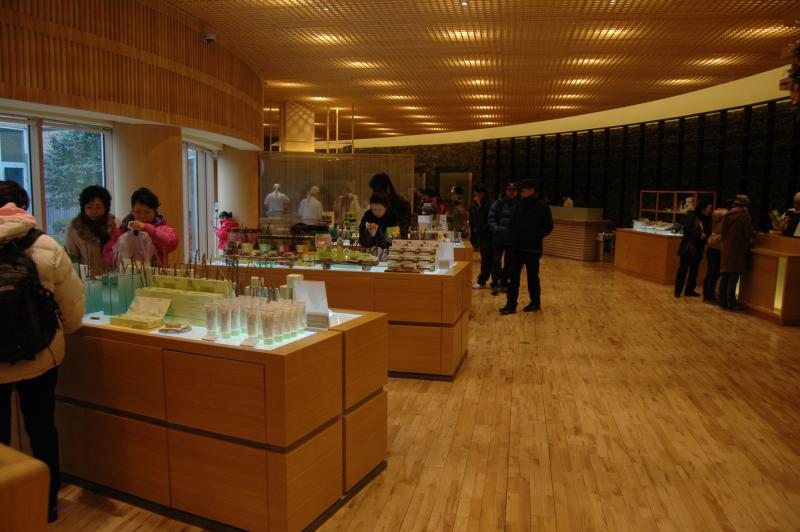 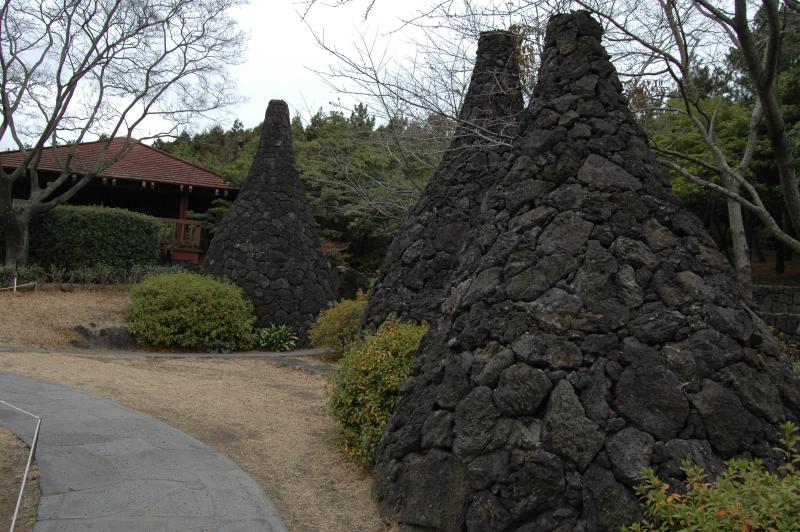 Some examples of kilns using for roasting tea. These ones aren’t really used, but it might be fun to watch someone try. 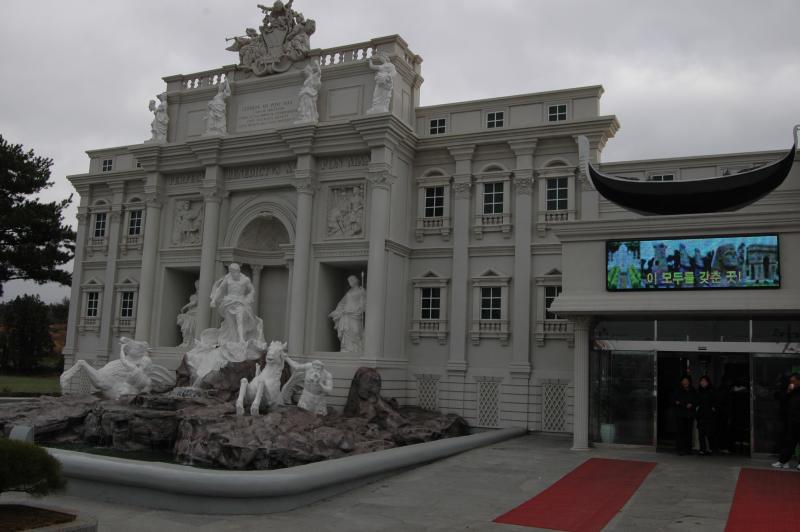 Soingook Korea Restaurant gets bonus points for its recreation of the Fontana di Trevi, originally created in Rome, and for being close to some other attractions not part of our tour. The food – meh. Korean cafeteria food – filling and not bad.

Not far away was our next stop – the Glass Museum: 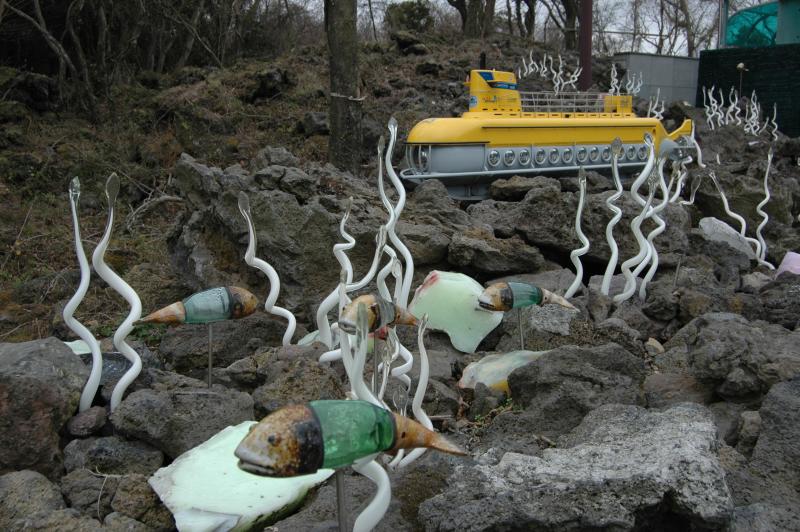 Does a Beatles song come to anyone’s mind? 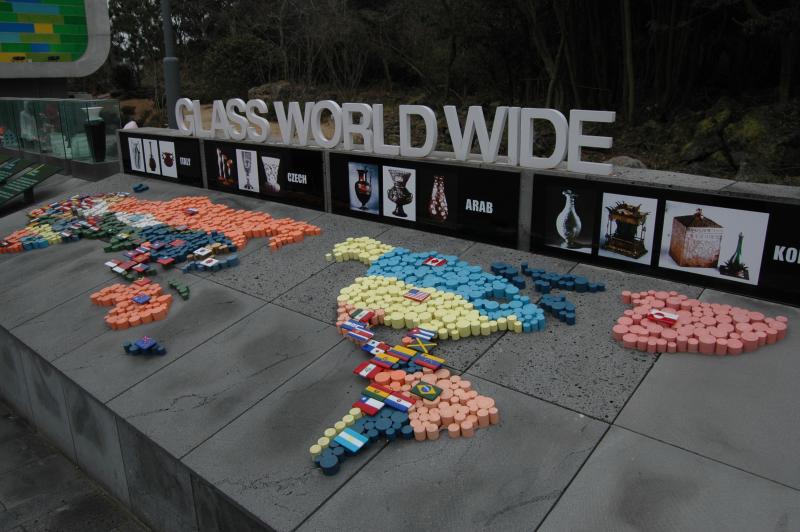 Just before entering the first building, we passed this map of the world. Look carefully at Florida and see if the flag seems appropriate… 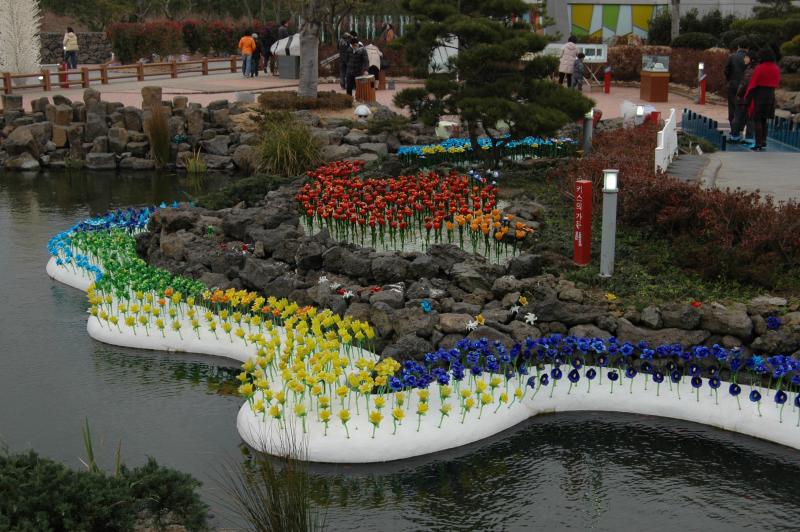 While winter may not be the ideal season to see nature at its finest, the glass is ‘four distinct seasons’ friendly. Come dressed for the weather – like several other stops, you’ll be traveling outside from one indoor exhibit to another. 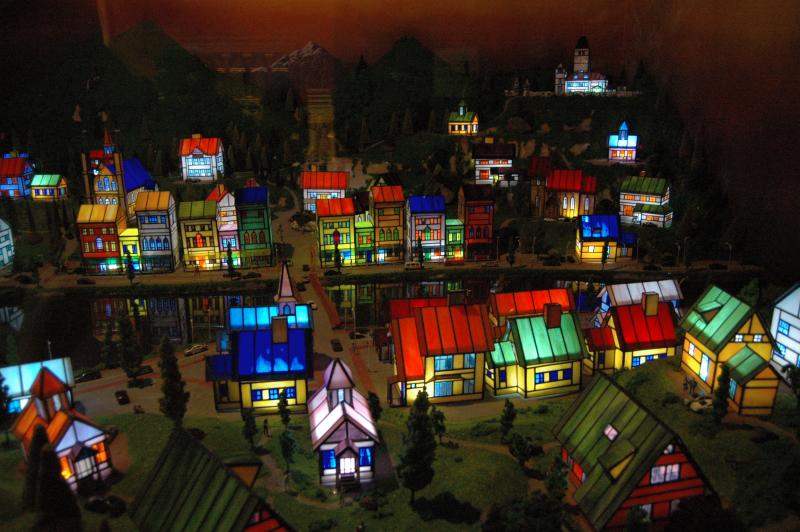 Speaking of indoor exhibits, these stained glass houses were quite beautiful 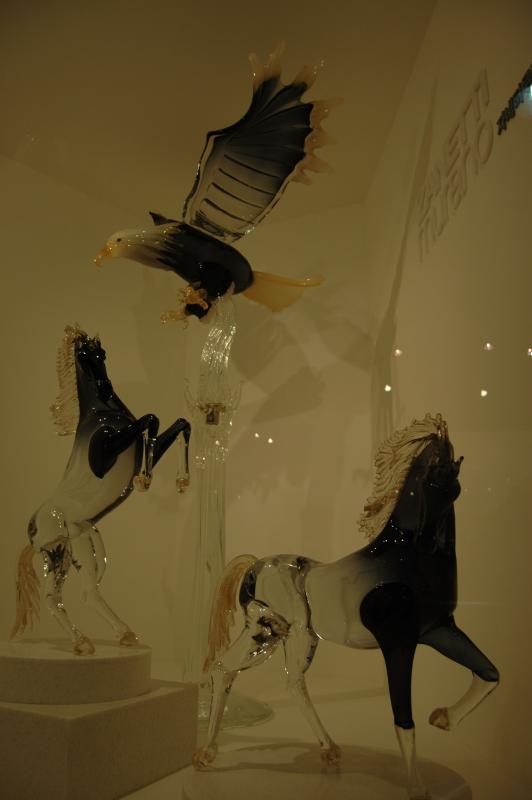 I’m amazed at what people can do with glass. 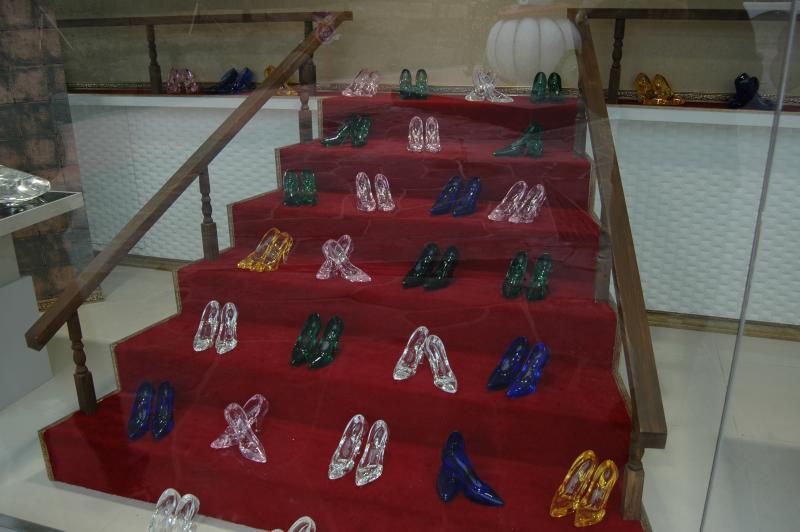 Cinderella called, saying something about 30 pairs of glass slippers she left behind… Not pictured nearby is a carriage serving as a tourist photo op. 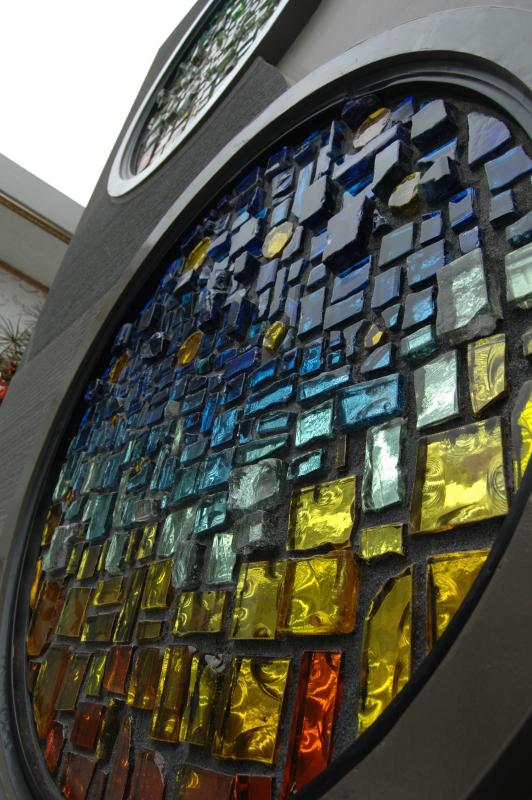 Another stained glass exhibit worth staring at for awhile.

Our final stop for the day was Songaksan – walking along one of the Jeju’s somewhat-famous ‘Olle’ trails. With 15 trails spanning 215 kilometers of walkway around the coastline, it’s rather impossible to see much of the sights as the last stop of our day. Thankfully, it’s a 30 minute hike from where we started to get to the top of Songaksan. As the top is merely 104 meters above sea level, it’s more a hill and tuff ring than a full-fledged mountain – yet the views are still quite wonderful: 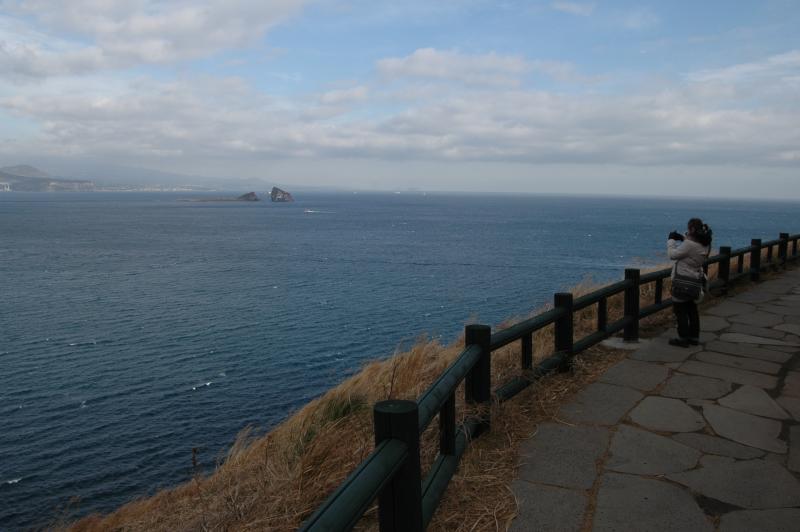 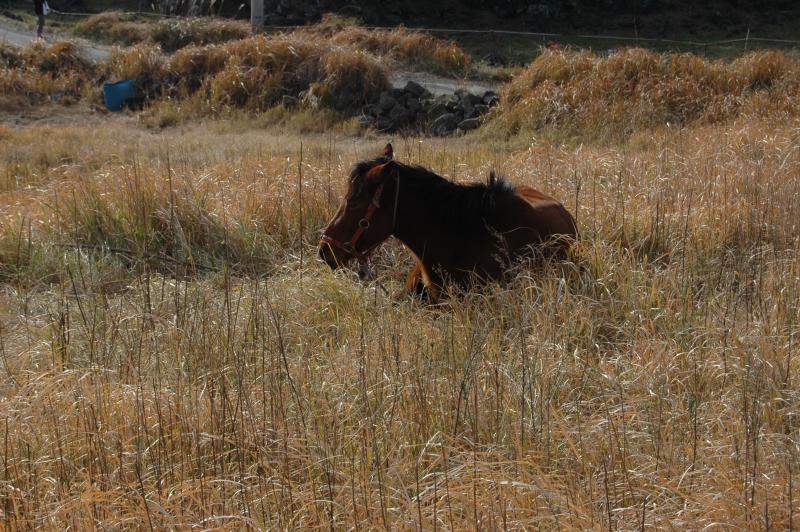 A few horses were meandering about on the fields – never too far away was a local offering rides to passing tourists. 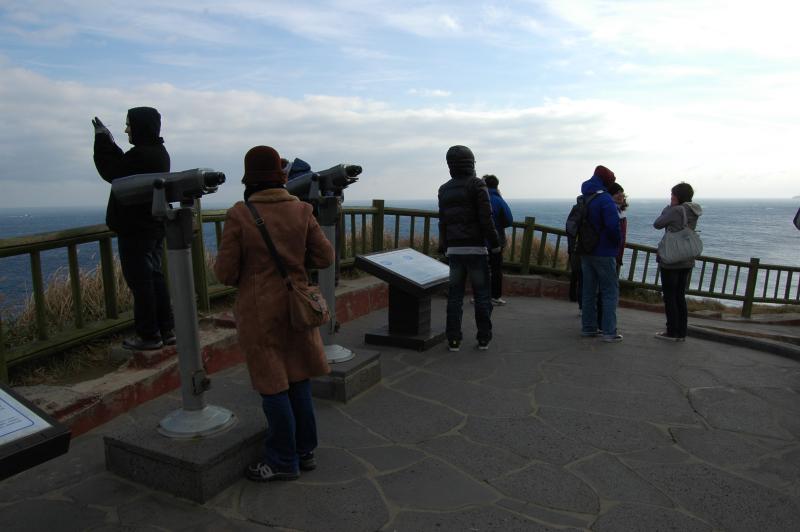 Reaching the top – and reading the signs. It would have been too easy to go on… and on… and on… These trails go on forever, and it would take weeks to walk them all. 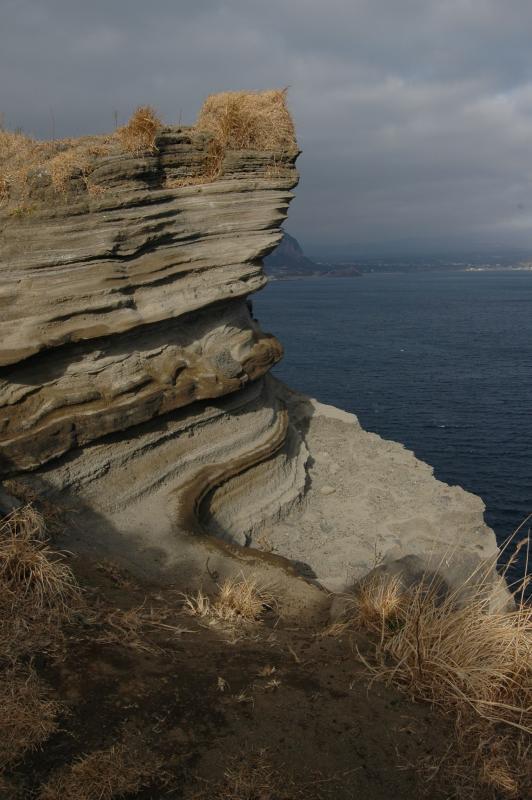 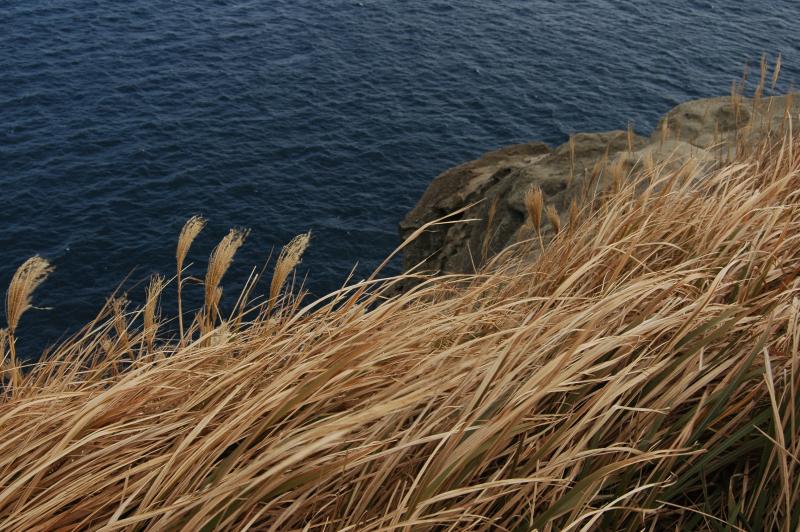 Although there is plenty more to the Olle courses, we needed to get back to Hallasan and pick up the hikers we dropped off from earlier today. After they arrived, we headed back to the grocery store and eventually our hotel. 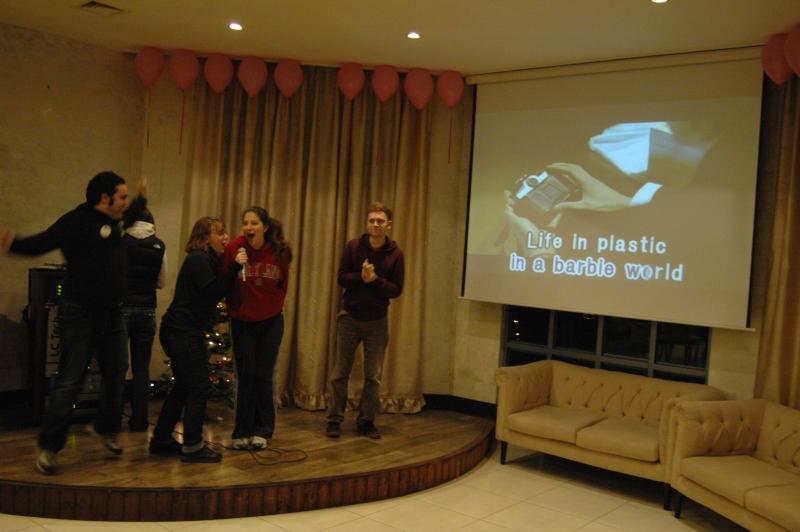 Because one night of noraebang is never enough, quite a few people (including this former Music minor and first-tenor in the choir) got up for seconds. More than a few tourists purchased their noraebang supplies (e.g. beer, soju, wine) at the store, as there was nothing to speak of closer to the hotel.