I had the chance to see Drag Queen in Daehangno yesterday. Although I wasn’t blown out of the water, it still was a decent show with some great eye candy. 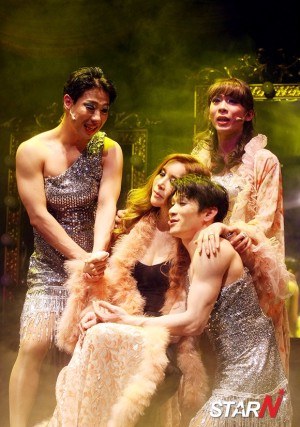 I had the chance to see Drag Queen in Daehangno yesterday. Although I wasn’t blown out of the water, it still was a decent show with some great eye candy.

The story was pretty simple. A gangster hides out at a drag queen bar offering money in exchange for keeping him concealed. While he is hiding out, he undergoes a transformation from a homophobic douchebag to an enlightened gentleman through his interaction with the bar owner (Harisu [who looks amazing]). Along the way we meet some other characters including a M2F drag queen and her straight boyfriend (who has difficulties accepting her as a woman), a muscular dancer and his even more well-defined drag boyfriend, and the 킹카드랙퀸 super flamboyant Ji-hwa.

Since the story is  pretty simple, you could enjoy the musical without fully understanding the Korean dialogue. However, the music was also disappointingly simple, and I didn’t truly enjoy any songs until the second act. The vocals were fine, but the scoring felt far from Broadway. The interspersed lip-sync performances, on the other hand, were enjoyable, with familiar icons for Western audiences (Madonna, Nicki Minaj, Nicole Kidman à la Moulin Rouge!). 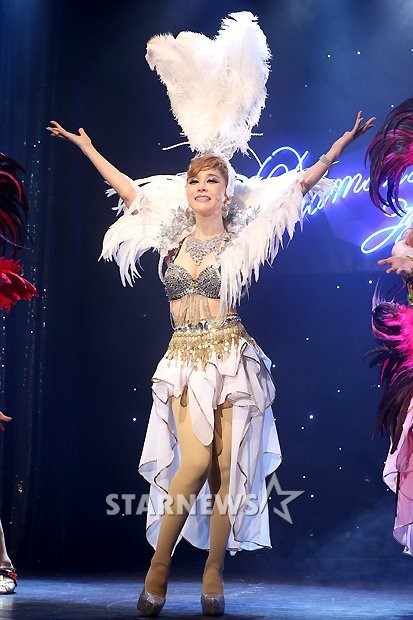 What made up for the mediocre music was the dancing and costuming. The performers must have been sweating from all the costume changes, with some hugely flamboyant and flash outfits parading down the stage during big drag moments. As eye-catching as these outfits were, they were not nearly as eye-catching as the two main male dancers. Whenever there was an opportunity for these boys to be scantily clad, they were displaying some nicely chiseled bodies. Yum.

The show is only playing for another week. To get tickets, head over to Interpark. You can also buy tickets directly from SH Art Hall (and get a 30% discount if you go as a gay couple!)