The Article was originally published on TheThreeWiseMonkeys.com

The Article was originally published on TheThreeWiseMonkeys.com 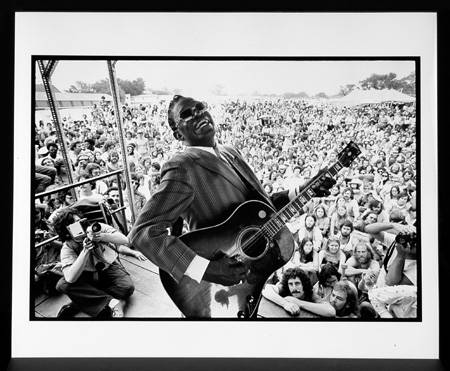 Lightnin’ (sometimes spelled Lightening) Hopkins (nee Sam John Hopkins) is a blues legend, but he belongs on Funky Seoul Corner because the blues is soulful.  Lightnin’ was a prodigious singer, songwriter, and guitarist from the mid-1940s until his passing in 1982.  The first thing you may be wondering is how he got the name “Lightnin.”  An Aladdin Records executive gave him that name when he first started recording.  Apparently the exec felt that Sam was too dull. Thus, Lightnin’ was born.

You can find oodles of information on this man.  Just go to Wikipedia here for his biographical sketch; you can also find many videos, some of them live, on YouTube.  Just enter “Lightnin’ Hopkins” and your computer will do the rest. I have nothing further to add about the man and his music that you couldn’t find elsewhere on the net.

I tried to pin-point when Hopkins’ “I Like to Boogie” was recorded, but I couldn’t be any more specific than the mid-to-late 60s.  This was the era that he recorded for the Prestige label.  It must be during this era, too, because the electro blues style of the track was certainly indicative of the times.