The three best things about returning home are food, friends and family. I don’t know if it’s abnormal, but I’ve been lucky enough to have never experienced homesickness. Although I always look forward to returning to Australia, I also enjoy being in other places too. I think the key is to focus on the ‘here and now’.

The three best things about returning home are food, friends and family. I don’t know if it’s abnormal, but I’ve been lucky enough to have never experienced homesickness. Although I always look forward to returning to Australia, I also enjoy being in other places too. I think the key is to focus on the ‘here and now’. 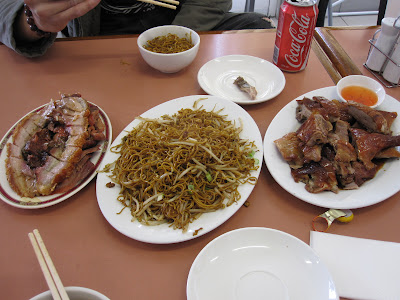 Korea has some good food, but nothing ever beats food from home. Hong’s Dad opened a new barbecue restaurant while I was away, so we went there to eat for lunch. Barbecue pork is one of those things that I never see in Korea, even though Korea is otherwise a pork paradise. 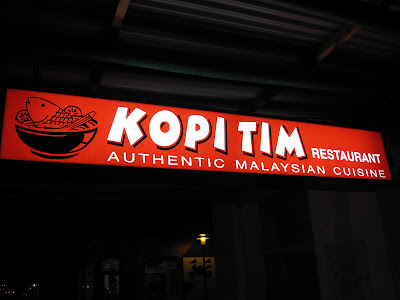 Once upon a time, when I was a young lad, I worked at a Malaysian restaurant as a kitchenhand and then a cook. It was a defining part of my adolescence and I learned a lot about working and making an honest wage. For six of those seven years, I was under the mentorship of a respectable chef called Jimmy Lai, who ended up opening his own restaurant called the Kopi Tim. On our first night back in Adelaide, we went there to eat. 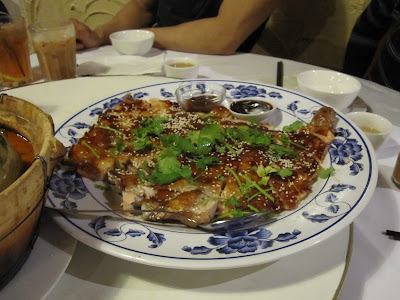 Jimmy cooked brilliantly as always. He taught me most things I know about wok frying in particular, and has had a colourful life. In the photo above is crispy skin chicken, one of his personal specialities. He also made his signature fish head curry, which is a delicacy no one else in Adelaide can execute perfectly. Including myself, even though I learned it from him. 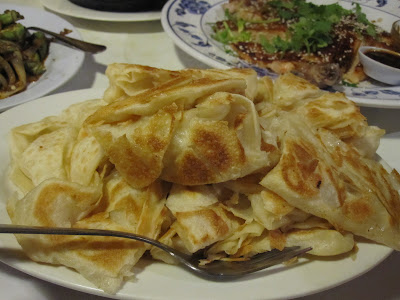 Roti bread is Malaysia’s version of Naan bread. According to legend (and Jimmy), when the first Indian migrants arrived in Malaysia, they closely guarded the technique for making Naan so that their restaurants would always have customers. The local Malays experimented with different ingredients and eventually came up with Roti, which has non-raising flour. Roti became a hit in Malaysia, and the tides turned, with the Malaysians keeping the Roti recipe a secret. Even now in Adelaide, Jimmy still doesn’t teach anyone how to make it.
In order to aerate it properly, it’s spun in the air with a difficult technique. The chefs will spin it so thinly that a small tennis ball sized lump of dough will expand out to the size of an open umbrella. Then they fold it up and fry it, before whacking it with bare hands into a fluffy and crispy pile of pastry. 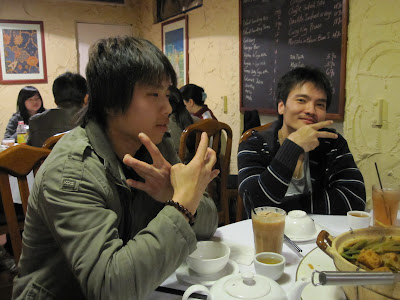 And here are my boys from back home, laid back and straight from the west side. The biggest downfall to living in Korea is not being able to hang out with them. 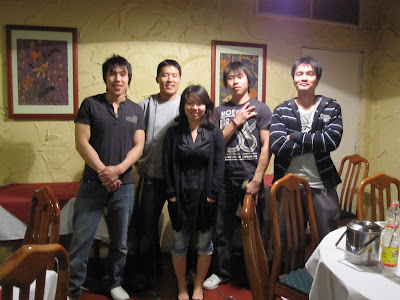 Here we are after eating voraciously. Old friends and good food – what more could anyone need? 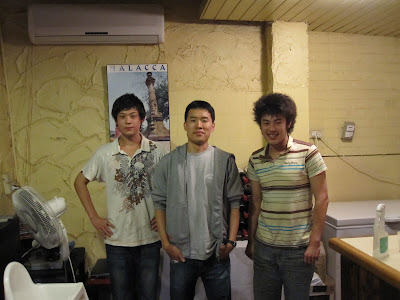 And here are Jimmy’s sons, who work in his restaurant. I used to tutor them in English and maths when they were much younger. At that time, they were about waist high, but now they’re taller than me. That’s what happens when you eat Jimmy’s cooking everyday. 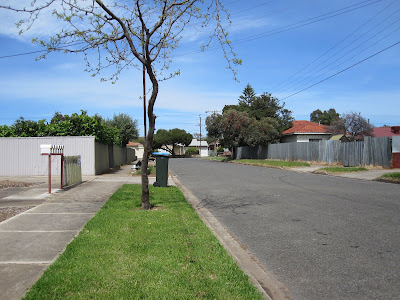 We’re a very close group of friends back home, and Hong’s family let us stay in the spare room at the back of the house. I used to live just around the corner right before I left for Korea. 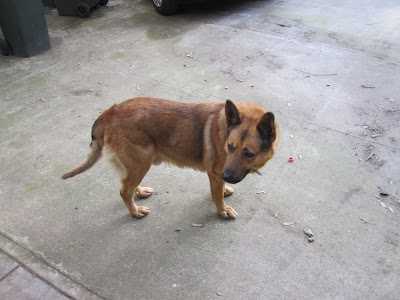 And here’s Hong’s dog, Pow-Pow. He’s an eccentric German Shepherd cross, and is very picky about who he gets along with. We’ll be hearing more about him in another blog post. 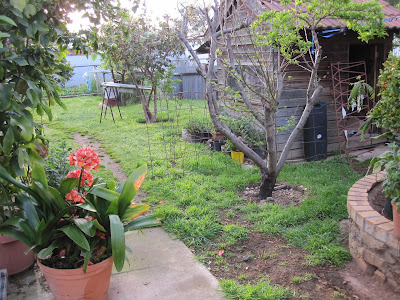 Australia is a big country with around half the population of Korea. Space is cheap and most houses have front and back yards. A large portion of my childhood was spent looking at things like insects and dog poop in my backyard.

The funny thing is, three years ago when I started this blog, I was mainly describing interesting things about living in Korea. Now I feel like I’m introducing Australia.

“Hey look everyone, this is what we call a backyard.” 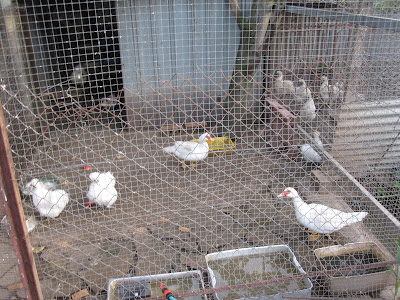 Hong’s parents raise ducks and chickens, which are great for getting rid of food waste and providing an endless supply of fresh eggs. Every once in a while, Hong’s mum will bring one to the chopping board and later there’ll be a smallish looking chicken on the dinner table. I usually think of myself as your average tough guy, but chopping off a live chicken’s head makes my legs go a little wobbly. Then again, I’ve seen Hong’s mum squash spiders and cockroaches with her bare hands and then put them in the bin. She’d give the Korean ajummas a good run for their money. 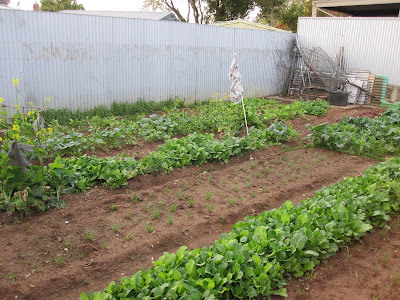 And they also keep a sizable vegetable patch. There’s something remarkably satisfying about eating food from your own backyard. 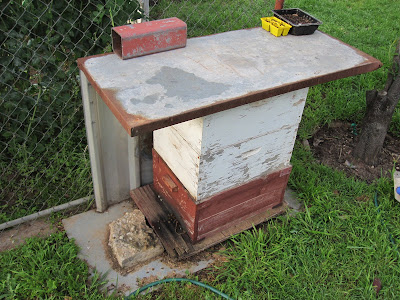 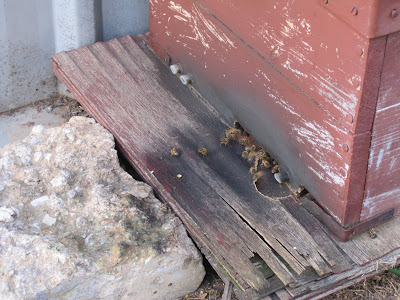 And they have two beehives, which they use to extract litres of honey every year. They gave us around 2 litres of it and we’ve still got half left here in Korea. 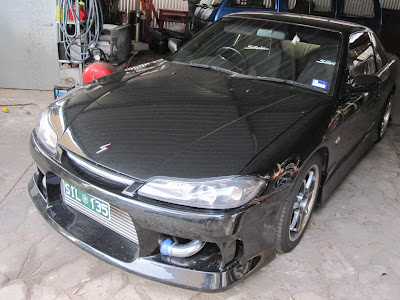 Yeung is Hong’s younger brother. He finished up his course and is now a qualified mechanic. In the photo above is his car, a Nissan Silvia. I think it has turbo and 4 megabytes of RAM and super duper stuff that even I don’t know about.

I heard that it can go from zero to the speed of light in zero seconds. As soon as you start timing, it’s already doing 300km/hr. 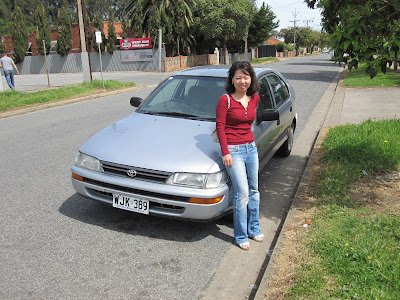 And because Yeung and Hong are both in the car business, they fixed up this Toyota and lent it to us so that we could get out and about while they were at work.

Life is all about having good friends and being thankful for it. 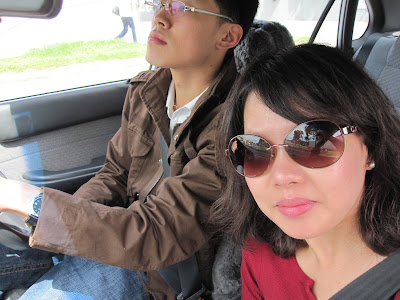 Here’s a photo that Heather snapped while I was driving. She later commented on how serious I look when I drive.

That’s because I’m a responsible driver. 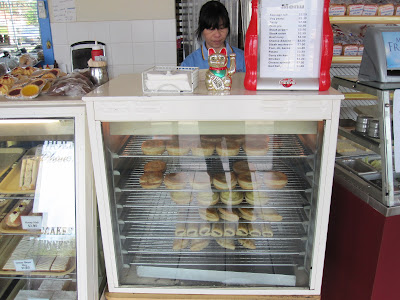 So what’s the first thing we did when we hit the streets of Adelaide? Well we went right around the corner to the Prospect Road pie shop. I had been craving a good old Aussie meat pie for an eternity. Even to the point where I had dreams about eating one and would wake up with drool on my Korean pillowcase. 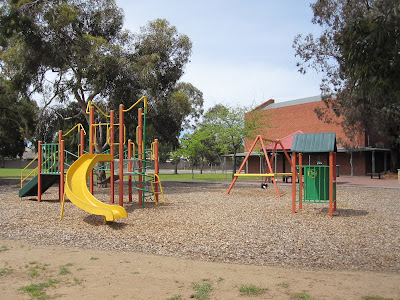 We took our loot to a nearby community hall and playground. In Australia, you can hire out community halls for badminton or social events. And the playgrounds are often empty during the day. 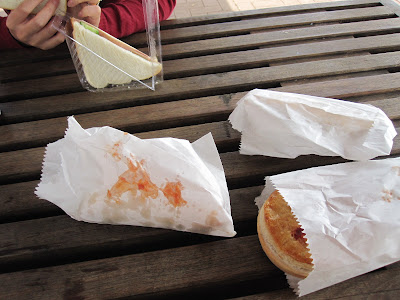 I bought a pie, a pastie and a sausage roll for lunch. Quite a lot really, and I ended up being satisfyingly bloated. 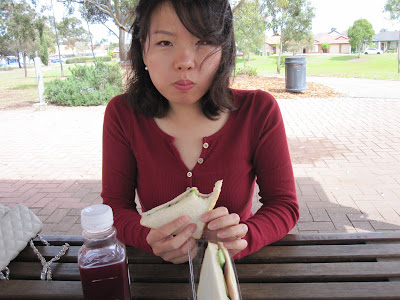 Heather selected a sandwich. Australian sandwiches are superior to Korean sandwiches in every aspect of sandwich judgement. She also had a nibble of the pie, pastie and sausage roll, which she said were nice, but the sausage roll had too much pastry on the outside. I agreed. 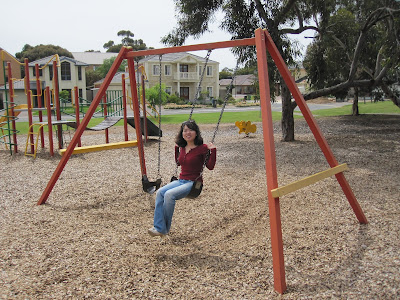 In ancient Korea, the girls used to play on large swings suspended from the boughs of trees. Heather felt the ancestral urge pulling her to the playground swing and happily swang away for a while. I remember when I was young, I used to run under the swings while someone was swinging, even though the teacher told us it was against the playground rules. 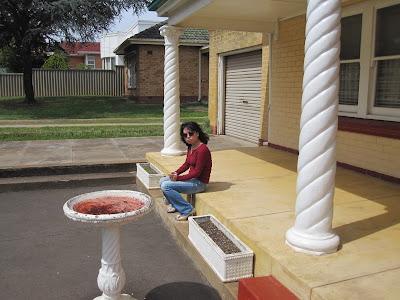 And then we drove up to catch up with an old friend with an eclectic personality. I used to come this way a lot when I was living in Australia. 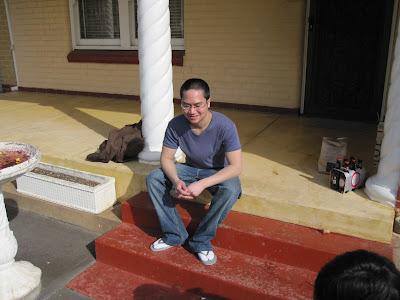 Mongkol is my Cambodian friend who hasn’t left his house for a year. He has a fricative personality and enjoys creating complex situations. I chose the word ‘fricative’ particularly because it’s entirely ambiguous.
Mongkol is one of the few adolescent males in the developed world who neither has a mobile phone or an email address. In fact, there is no way to trace him whatsoever from Korea. 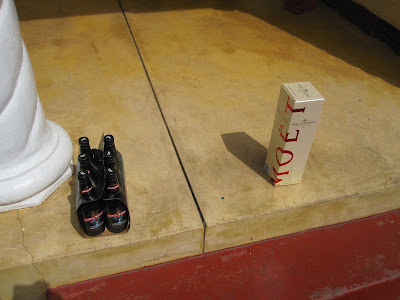 For the occasion, we went out and bought some James Boag’s beer and some Moet and Chandon, which we proceeded to drink on the porch in the early afternoon. 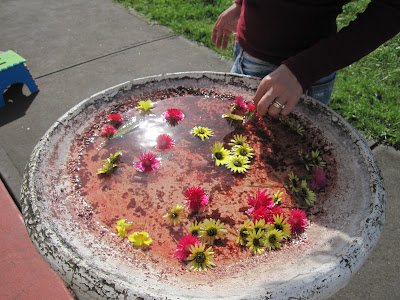 While waiting for Mongkol to get ready, we decorated his bird bath. Bird baths do not exist in Korea. 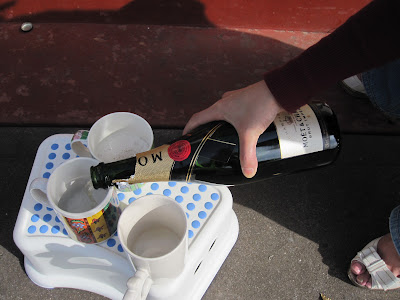 And because a guy like Mongkol would never have a champagne glass in his house, we drank the Moet from coffee mugs. That’s some real Aussie culture right there – we’re a country of classy mongrels. Australia is definitely where I feel most at home, although I’m happy living in Korea too. One day we’ll be back to live, it’s just a matter of when.

More of our trip to Australia coming soon!