Thinking about taking on the Korean language as your next language to learn? If so, you may be wondering “Is Korean hard to learn?”

Many people ask this question. Korean is a wildly popular language to learn these days, thanks to the rise of K-Pop, K-Dramas, Korean movies, and Korean culture in general. You may be wondering things such as how difficult the alphabet is to learn, if you need to study tones, and if there are fast ways to learn the language.

We will tell you exactly what you need to know!

Thinking about taking on the Korean language as your next language to learn? If so, you may be wondering “Is Korean hard to learn?”

Many people ask this question. Korean is a wildly popular language to learn these days, thanks to the rise of K-Pop, K-Dramas, Korean movies, and Korean culture in general. You may be wondering things such as how difficult the alphabet is to learn, if you need to study tones, and if there are fast ways to learn the language.

We will tell you exactly what you need to know! 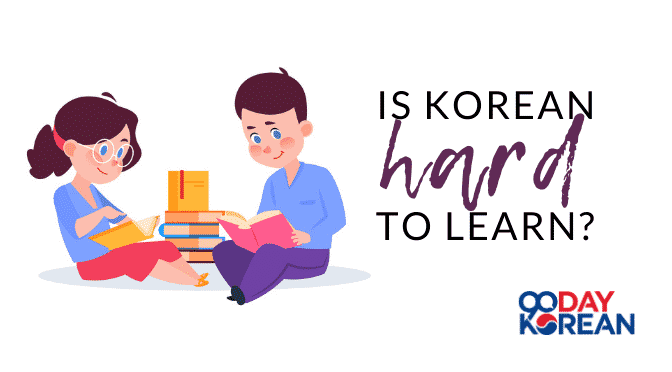 Is Korean Easy to Learn?

Some of how easy or hard you’ll find the Korean language is to learn depends on your native language and previous language learning experience. For example, it would be easier for a native Japanese speaker to learn Korean than it would be for a native English speaker. However, with the right tools and strategies, native English speakers can learn Korean surprisingly quickly and easy.

An example would be about learning Hangeul. The Korean language does have its own alphabet (called Hangeul), which is sounded out phonetically like the English alphabet. It has 14 consonants and 10 vowels and can be quite fast and logical to learn. There are some easy associations to connect the letters to what you already know in English. Once you know the alphabet, you can immediately read Korean words, even if you don’t know the meaning of them yet. 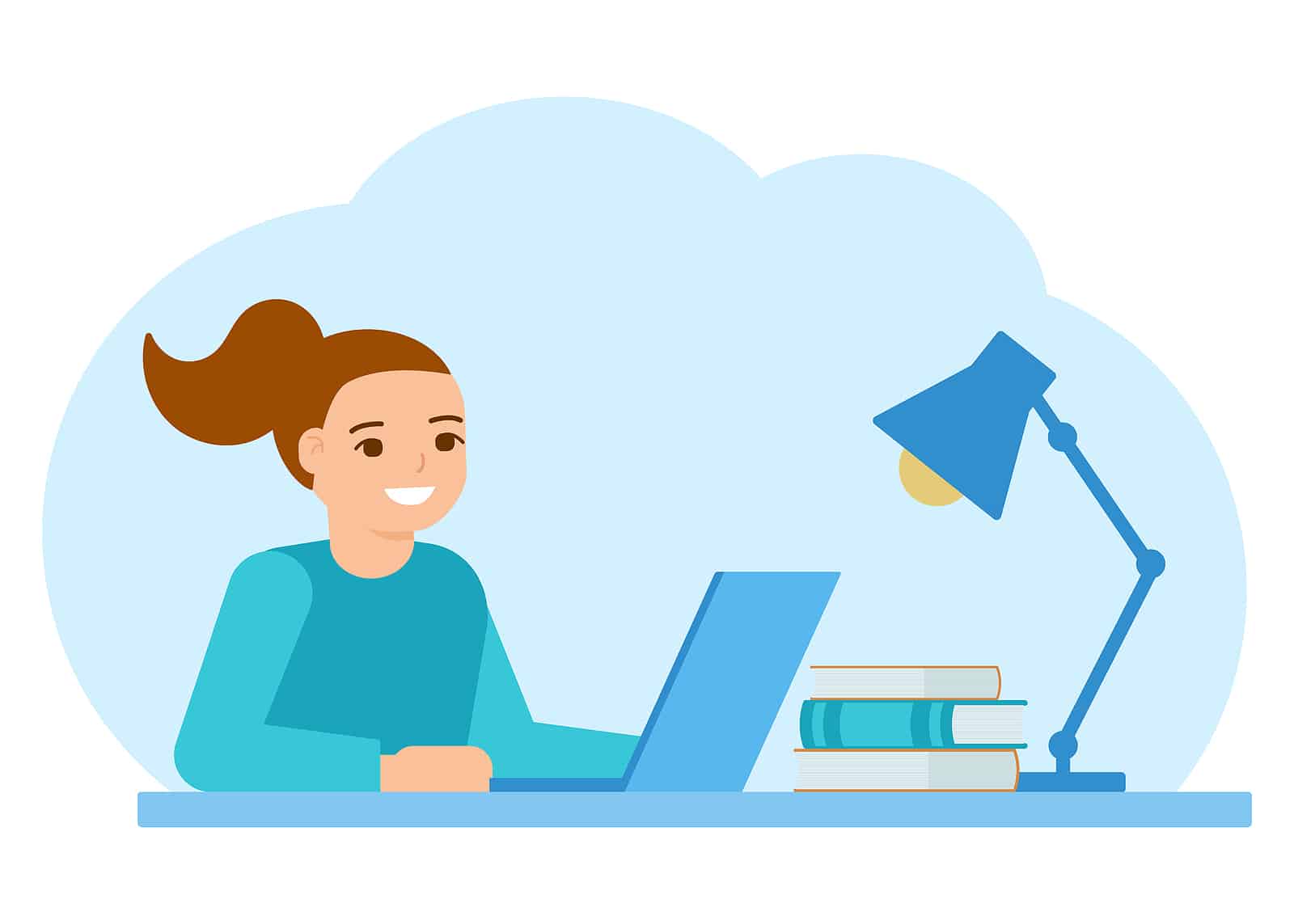 There are also clear rules for how sentences are built and words are pronounced. The simplest sentence is only a single word, which makes it really easy to start speaking! Building on that base, it becomes easy to expand on your skills.

For vocabulary, many Korean words are loan words from English, Japanese, Chinese, and Russian. Thus, if you speak one of these languages, you already have a head start with Korean vocabulary!

How hard is it to learn Korean?

The difficulty in learning Korean is related to what your native language is and your language learning experience. Learning Korean can be challenging, but if you start to get the easy wins early on you will build a strong foundation in no time.

In general, a couple of things about learning Korean have been considered challenging for new learners. Here they are, along with tips for making it a smooth learning process.

The Korean language has clear rules for how to pronounce words, and there are no tones. This makes Korean pronunciation easy to learn.

One of the best ways to get the pronunciation right is to learn the Korean Alphabet as soon as possible and learn the sounds for the words. If you try to use romanized English to pronounce Korean words, you will surely get confused. They are just an approximation and aren’t useful for accurate Korean pronunciation.

Using associations for the Korean alphabet letters with similar-sounding English letters will make it easy. You can learn the alphabet in about 60-90 minutes. Be sure to listen for the range of sounds possible for the Korean letters. The associations with English letters can help, but keep in mind that it’s not an exact 1 to 1 match. For example, the Korean letter ㄹ is a range of sounds similar to an “L” and “R” in English.

For example, if you say a word, and they don’t understand, then you can repeat it slowly syllable by syllable. They will say the word to confirm, and you can match their intonation of how they say it.

Another quick hack is to watch as many Korean reality shows as possible to get a grasp of the intonation. 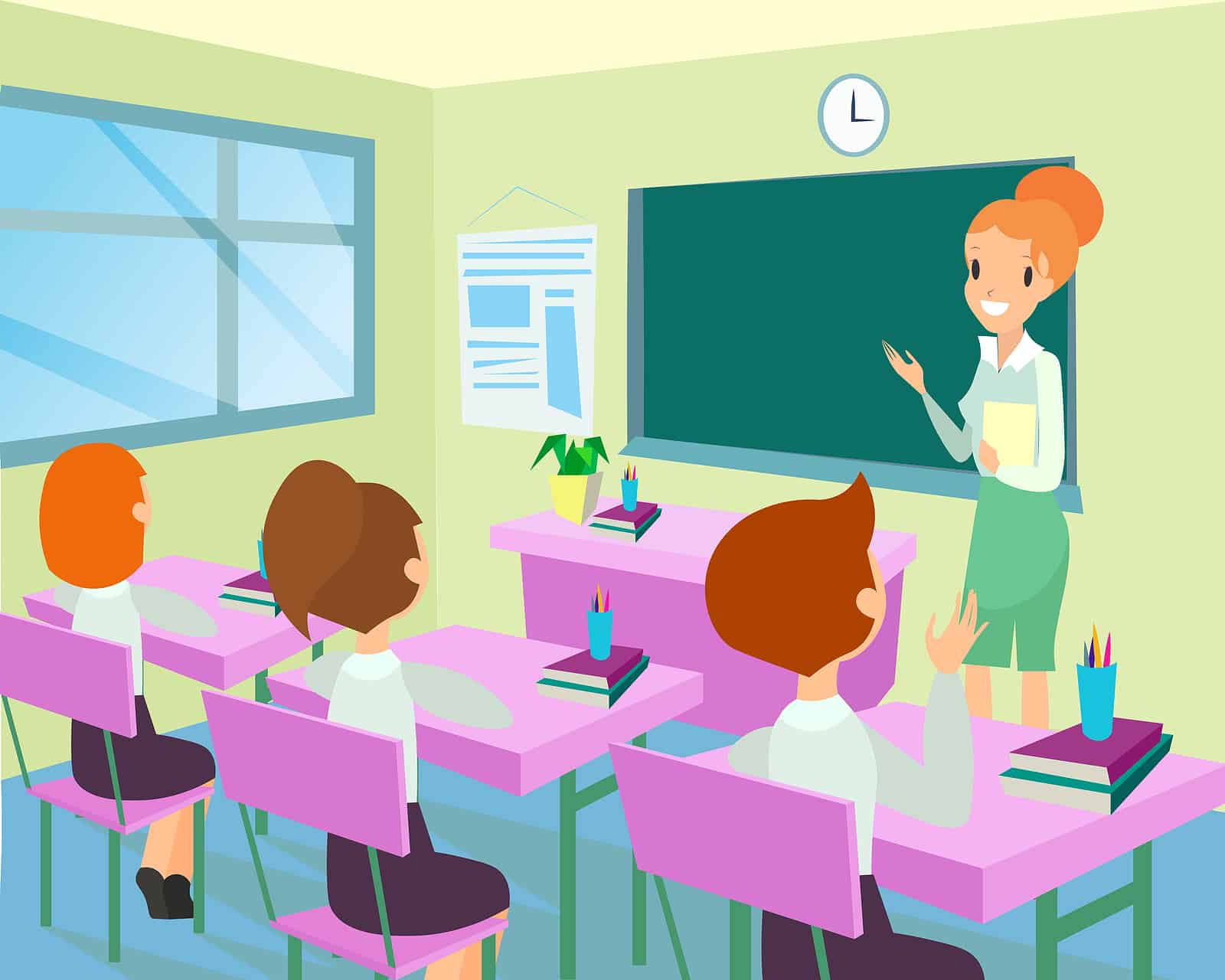 This doesn’t necessarily make Korean hard to learn, but it does make it tricky, at least in the beginning. You see, many Korean language courses start teaching you the basics using the basic formality level. However, that’s not really how Koreans speak the language on the streets, shops, and everyday life.

A quick language hack is to start making Korean-speaking friends early on who can assist you in applying your school-learned knowledge in your daily life.

Basic Korean grammar is easy to learn. You can start with some basic sentences as soon as you learn Hangul (Koran alphabet).

There are many types of grammar to learn, and some of them are very nuanced. Learn the grammar points one at a time, and focus on the most common applications of them.

In other words, learn the 20% of the grammar that will give you 80% of the results. You can add on after that.

Your Timelines for learning Korean

Be realistic about what you can accomplish, and celebrate your Korean learning wins along the way. The more you can focus on the language skills you are acquiring along the way, the more motivated you’ll be to learn more.

Follow the simple Korean language learning tips above, and you will be off to a strong start!

How long does it take to learn Korean?

We’ve estimated it’d take around 1200 hours to become fluent in Korean. If you want to know more specifically what the answer would be like for you personally, we have a full post on how long it takes to learn Korean.

Is it hard to learn the Korean alphabet?

Learning the Korean alphabet can be done easily in about 90 minutes. You should be able to learn the majority of the letters by connecting the sounds with associations that English speakers could easily understand.

Many people will be able to recognize words using the Korean writing system within n this time. Then you’ll want to spend some time practicing the different sounds so you can easily read words when you see them.

How hard is Korean grammar?

The sentence structure can be as simple as just a single word. That means that you can start making sentences immediately after learning Hangeul.

Korean grammar can get complicated because of honorifics and speech levels since these are engrained in Korean culture. However, you don’t need to spend a lot of time on them at first. Just get the basics down and note the speech levels as you go. Usually learning the formal speech levels is the easiest for conjugating Korean verbs.

Is it hard to learn Korean words?

The word families in the Korean language make it fast to learn a lot of vocabulary centered around a specific topic. The lack of tones and clear pronunciation rules can also make learning how to pronounce Korean correctly quicker than the pronunciation of another language, such as Chinese or French.

But while there are some advantages that can make Korean a quick language to learn, there are also reasons why it could take you a long time. We’ve laid many of them out above, such as your native language is among the reasons.

Is it harder to learn Korean or Japanese?

Learning Japanese pronunciation is easier than Korean, but otherwise Korean is much easier to learn. For that, you can thank the Korean alphabet! Korean alphabet can be learned in less than 2 hours and is the only writing system you’ll need to know to speak, write, and read Korean. Although Chinese characters also exist in some Korean texts, it’s not necessary to learn them apart for your own fun.

Meanwhile, just to be able to write and read Japanese, you need to learn three different writing systems and how they are combined together in text! And if you want to learn Japanese properly, you can’t forgo not knowing how to write and read.

How can I learn Korean fast?

There are many ways for you to learn Korean fast. Living in South Korea and attending a language school is likely the quickest and most efficient way to learn Korean to fluency. However, since it is not an option for all of us, so you’ll be happy to hear it’s not the only way!

We have compiled the top tips for fast ways to learn Korean on the blog for your convenience. Some of our top tips include the following:

Is Korean worth learning?

The answer to this is a personal call. It depends a lot on your motivations for learning the Korean language.

It might be a language only spoken in South Korea, but it’ll be extremely helpful to learn if you visit or live here. In addition, Korean is a fun language to learn as a hobby. Lastly, the world is being taken over by Korean culture, movies, music, and dramas right now – and your viewing and listening experiences will be more enjoyable when you can understand what they’re saying!

Do you feel that Korean is a fun language that’s not too hard to learn? Let us know in the comments! And once you’re ready, head over to www.90daykorean.com to start your Korean learning journey!

The post Is Korean Hard to Learn? Here is how to make it easy appeared first on 90 Day Korean®.