As an international traveler, you get used to the idea of various countries using different measures to refer to the same thing. The same size-four dress in Australia will translate into a size-five in svelte Japan. That which we call a size-eight trainer in London will smell as sweet in L.A. – OK, maybe not – though it will be labeled a size-ten (and will be called a sneaker). A “small” soda in the States is what Koreans call “large”, and what Americans call large, Koreans call a bucket. I 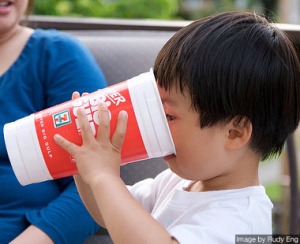 have no trouble wrapping my head around these things, but even so, I found it exceedingly weird to board a Korean Air flight in New York as a 27-year-old and disembark thirteen hours later in Seoul at age twenty-nine. I knew I had flown across the International Date Line, but there seemed to be an International Age Line that nobody had told me about.

If you’re new to this idea, it goes like this: When a child is born in Korea, he or she is reckoned to be one year old, the logic being that this accounts for the time spent in the womb. That’s fine if we are talking about zebras or bottlenose dolphins or some other animal with a twelve-month gestation period, but it fails to explain why humans should not be considered nine months old at birth. If you’re willing to grant that you are one year old the moment you were born, you are then told that you age another year, along with every other person in Korea, every Lunar New Year.

The result of this system of age reckoning is that your so-called “Korean age” will exceed your age as you know it by at least one year and as many as two, which produces a margin of difference that is larger the younger you are. For example, the difference between being 44 (my age in Korea) and 43 is a difference of slightly over 2%, but a baby born 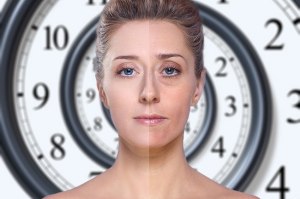 one day before the Lunar New Year (February 19th this year) will be two years old the next day – a difference of over 70,000%. A lot of people are fond of saying that age is “just a number”, but it’s the Koreans who put their money where their mouth is and cavalierly assign it a grossly inflated number that bears a fuzzy correlation to the actual time elapsed since your birth.

This system does have its benefits. For starters, it eliminates the need to remember your own or anyone else’s birthday, which is odd to say now but must have been a huge boon in the days before official record keeping. Another plus is that Koreans forever appear at least a year or two younger than their stated age and are pretty much guaranteed a lifetime of flattery. For children, it has sort of the opposite effect: they get to hit double digits that much sooner and feel like one of the big kids.

There are drawbacks too. When we travel to America, I have to bribe my kids to take an age cut so we can qualify for discounts at amusement parks, museums, and movie theaters. If that sounds simple, try explaining to your daughter that in order for dad to save a few bucks, she needs to be demoted to nine years old for three days at Disney World, the park where everyone becomes a child again yet for some reason gets banged for adult entry fees at age ten. In Korea the system works well enough, but there is sometimes that awkward moment when contrasting your Korean age with the other, you know, whatchamacallit age.

What do you call it? Some have adopted the phrase “international age”, which is ridiculous. Nobody outside of Korea uses the term, and Koreans themselves don’t use it unless speaking to non-Koreans (the phrase they use to refer to their age for official purposes is man nai, or “full age”). Saying “My international age is forty-three” makes it sound as if my age were some grand and noble compromise like Esperanto, hashed out from a multitude of mutually incomprehensible systems, when in fact it’s only few holdouts (Korea, Vietnam, and parts of China) who figure it differently from everyone else.

For the same reason, we have to discard “Western age,” as that makes it seem as if we’re talking about some special quirk of European or American accounting. If I say my “real age” is forty-three I sound condescending, as if to say, “Well, no matter what you say, the truth is I’m forty-three.” And if I try to be clever and say something like “I am forty-three Earth years old,” I only succeed in sounding like a clever dickhead. My age – a previously cut-and-dried fact like my height or my SAT score – has suddenly become kind of hard to explain.

My solution? I just don’t explain it. When asked, I give my age as I reckon it – “I’m forty-three” – and leave it to my Korean friends to mentally add two (or not, which I don’t mind either). Like kimchi for breakfast, “Korean age” is a concept that I appreciate, but have not assimilated even after having lived here for several years. Koreans can be as old as they want to be, and I don’t even care how old they consider me privately, but I’ll be forty-four when I have to.

Editor’s note: A shorter version of this piece appeared in Busan Haps magazine about 3 years ago, which makes it 5 years old.