Have you ever had a meal so fantastic from start to finish that you felt like a changed person?  After the most fantastic weekend checking out new corners of Busan, we were exhausted and disappointed upon discovery that the “Spanish Bistro” about which we had been wondering didn’t actually serve food (El Secreto – but it does serve Sam Adams?).  I was covered in sand, blissed out from the sun, and ready for some international cuisine – decidedly not Korean. 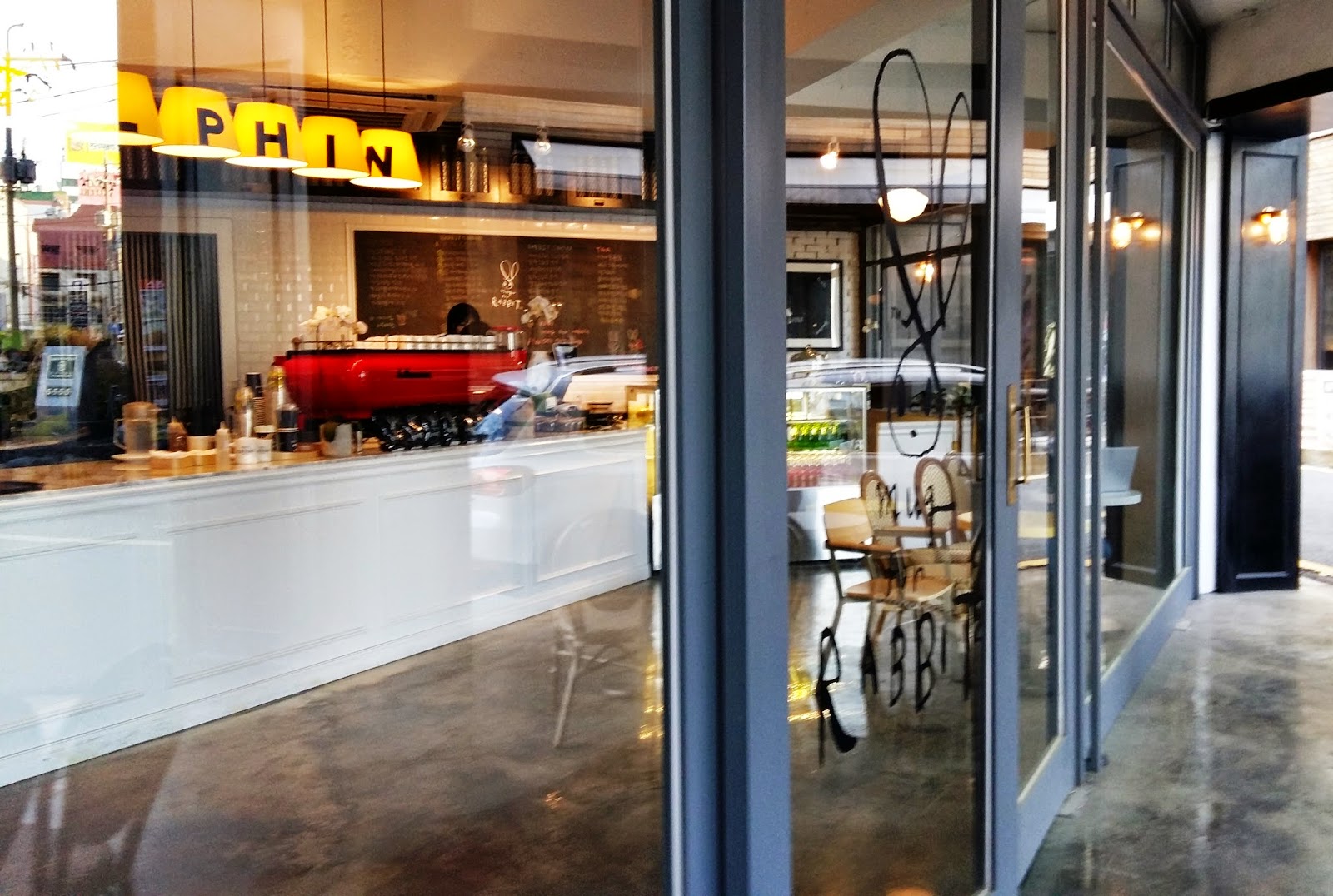 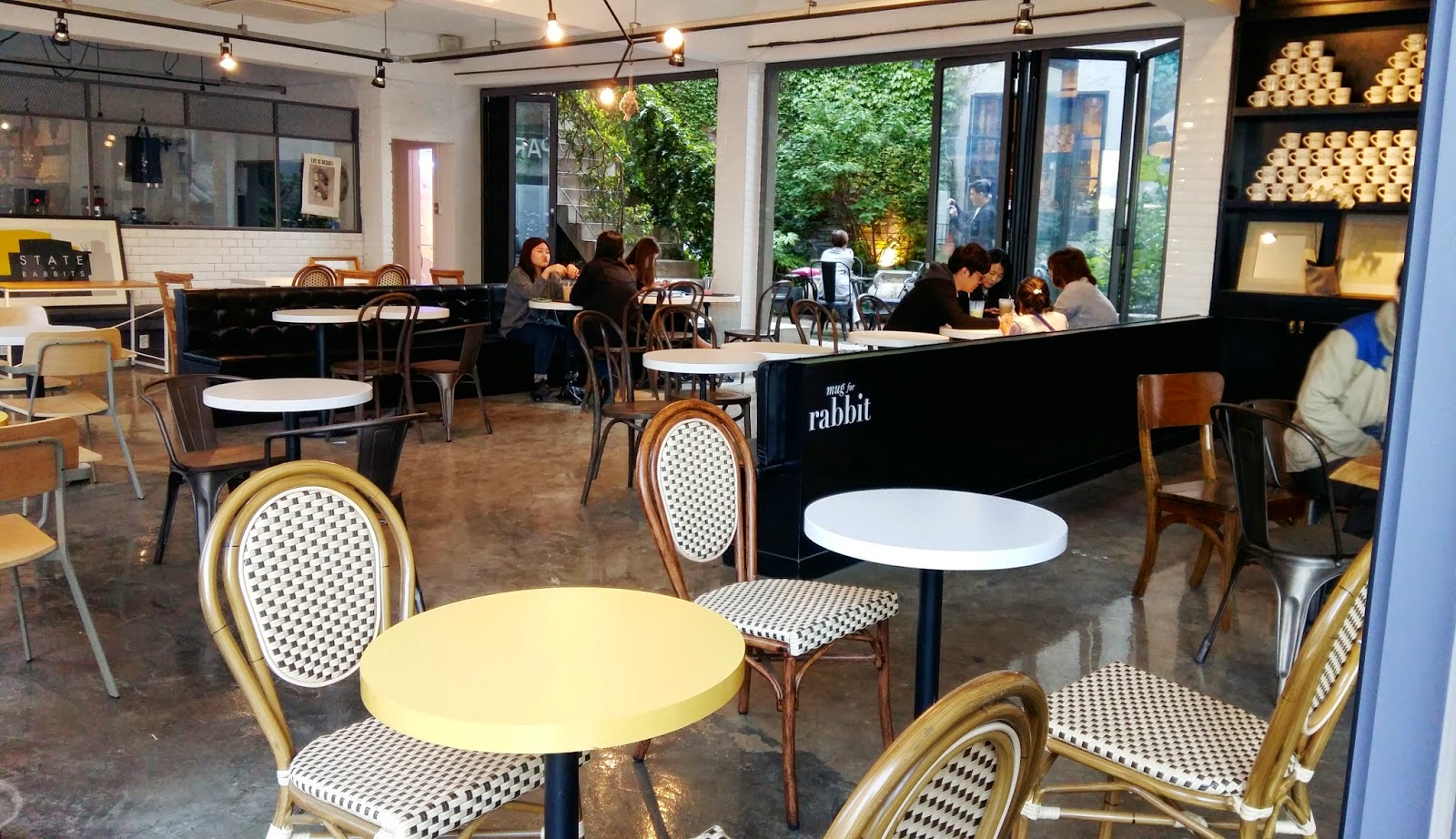 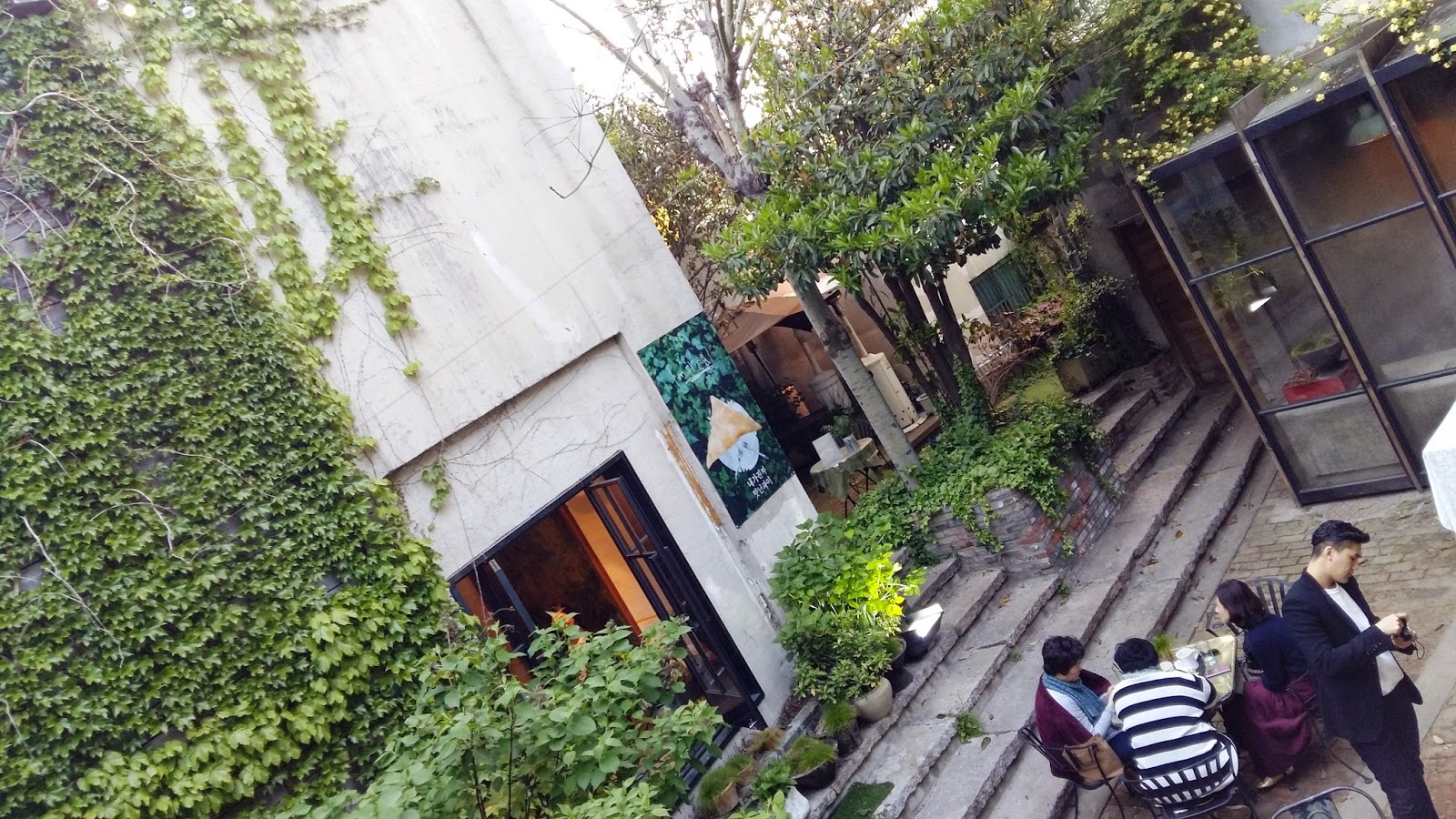 When we turned the corner and happened upon what looked to be an enormous French Cafe and a secret garden, we knew we were in for something special. 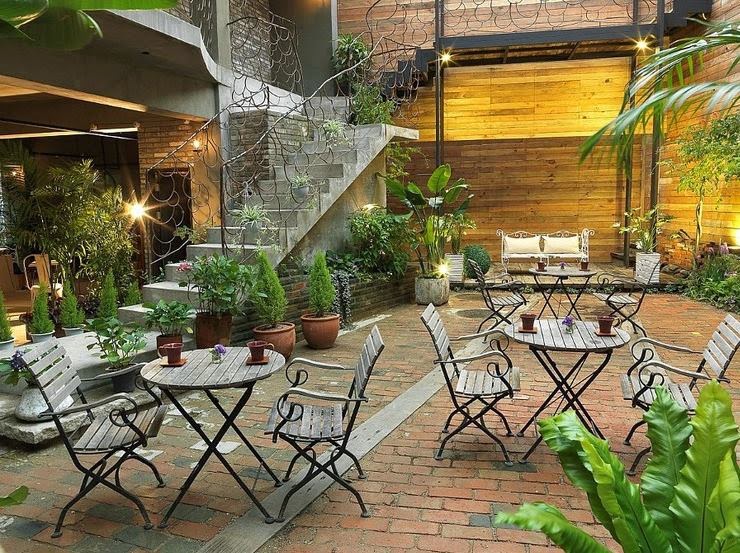 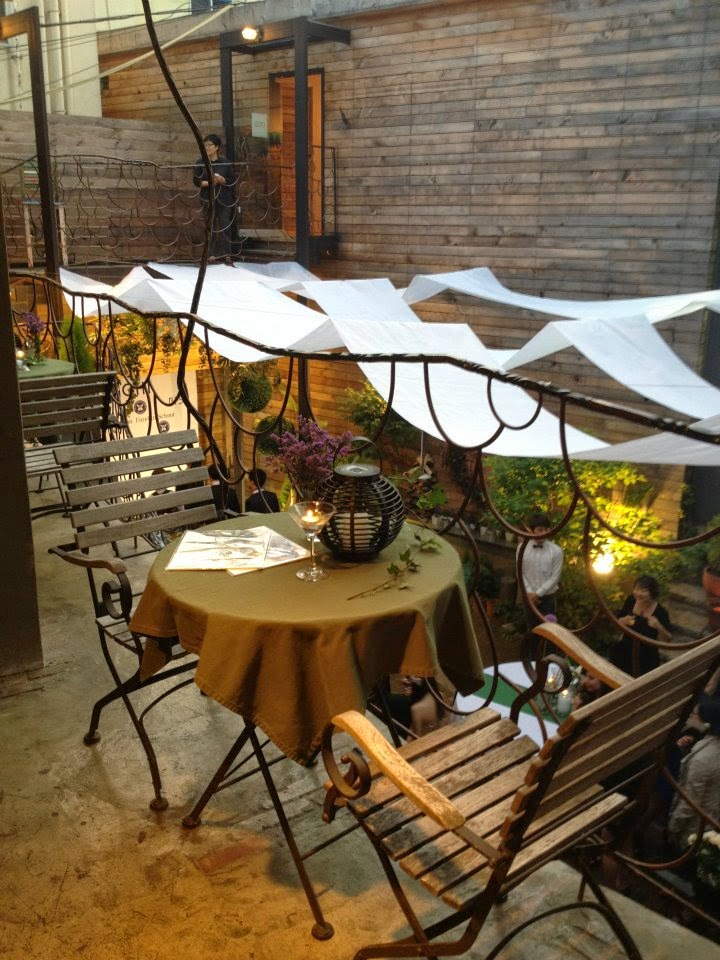 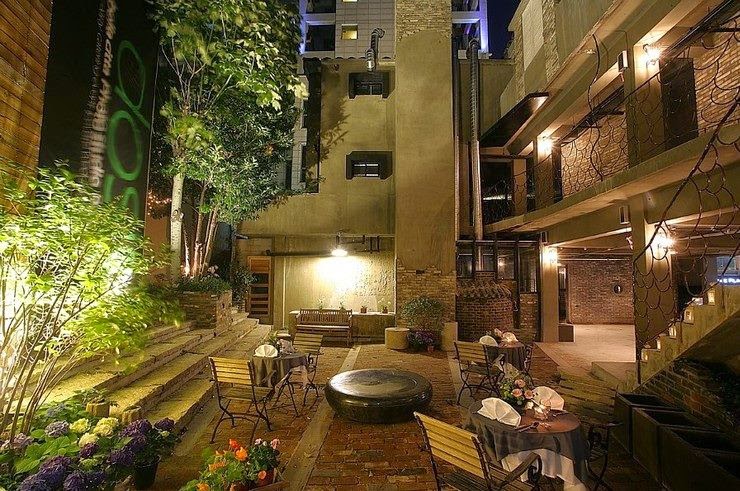 Photos c/o La Bella Citta – Facebook
We meandered up the stairs and were hit with an absolutely stunning private event space.  Tired Kate took a horrible photo, and will most definitely be back for a special occasion to snap a better shot: 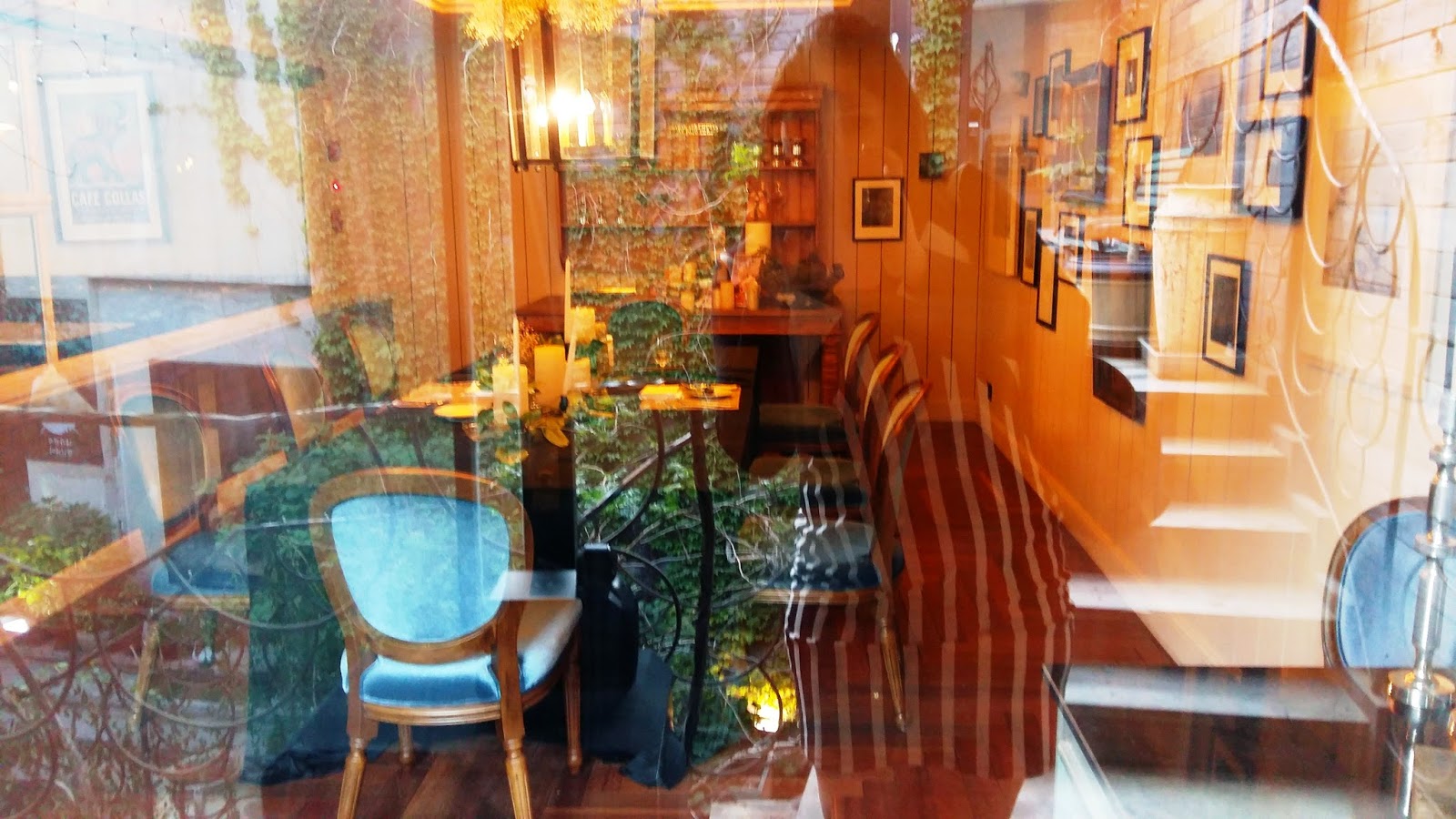 The sunset was approaching and we had been out in the sun with some wonderful new friends all day.  We were beat and just wanted a tasty meal before heading home.  No part of us expected to be treated to lemon/ carrot/ cucumber water and whole grain bread at the table.  Our table had a stunning view of Gwangalli Bridge and a quaint frame being on a side street. 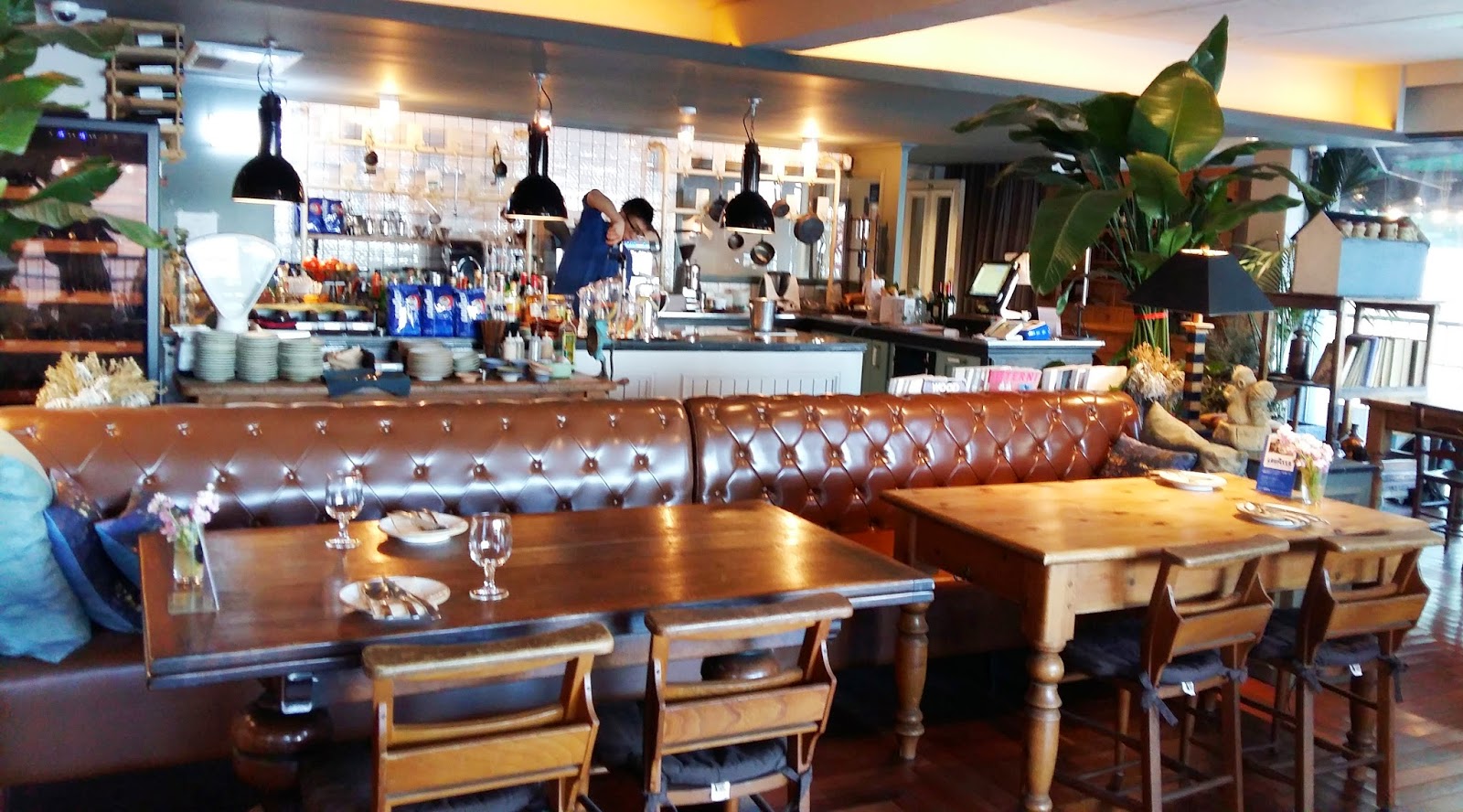 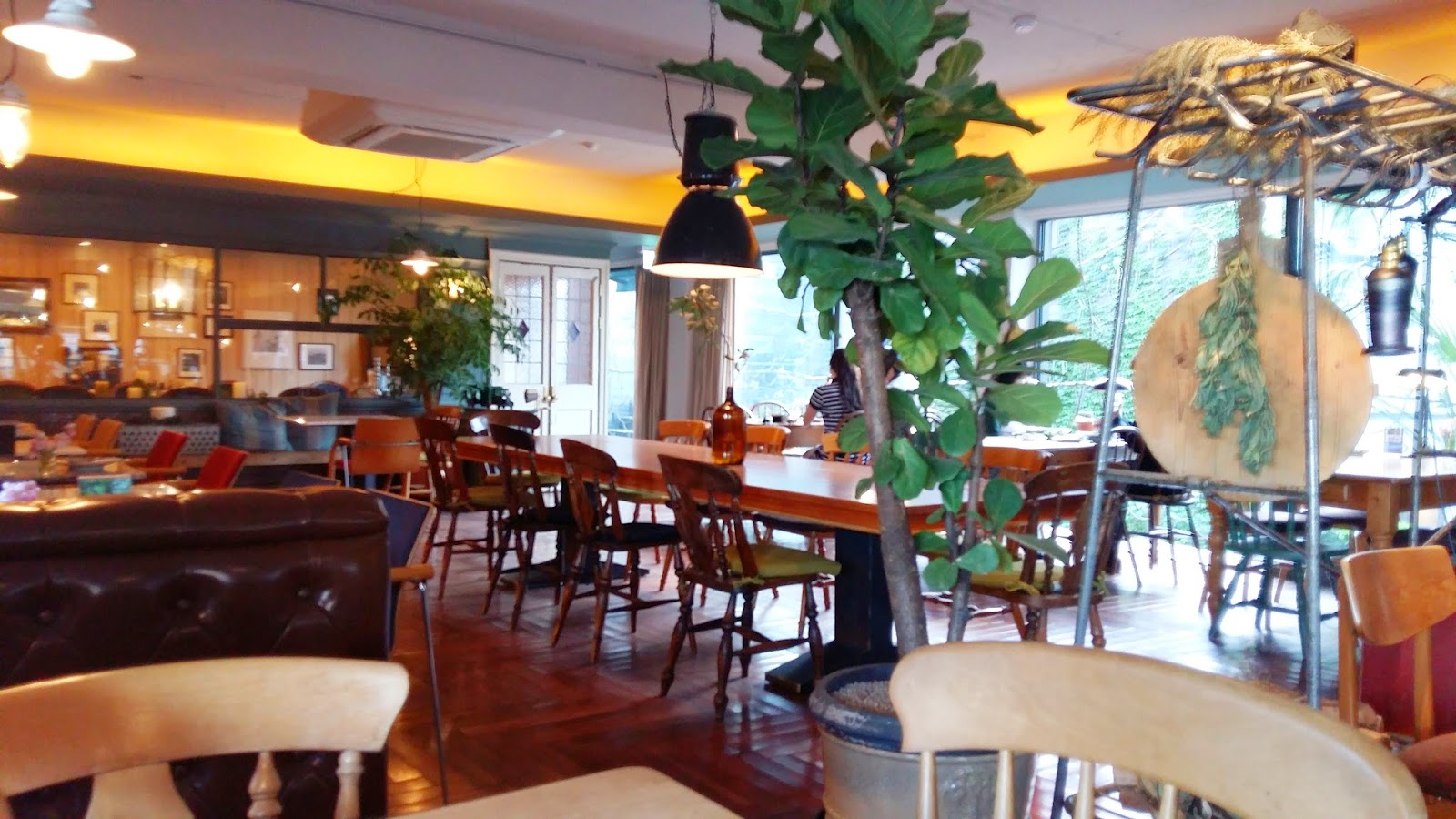 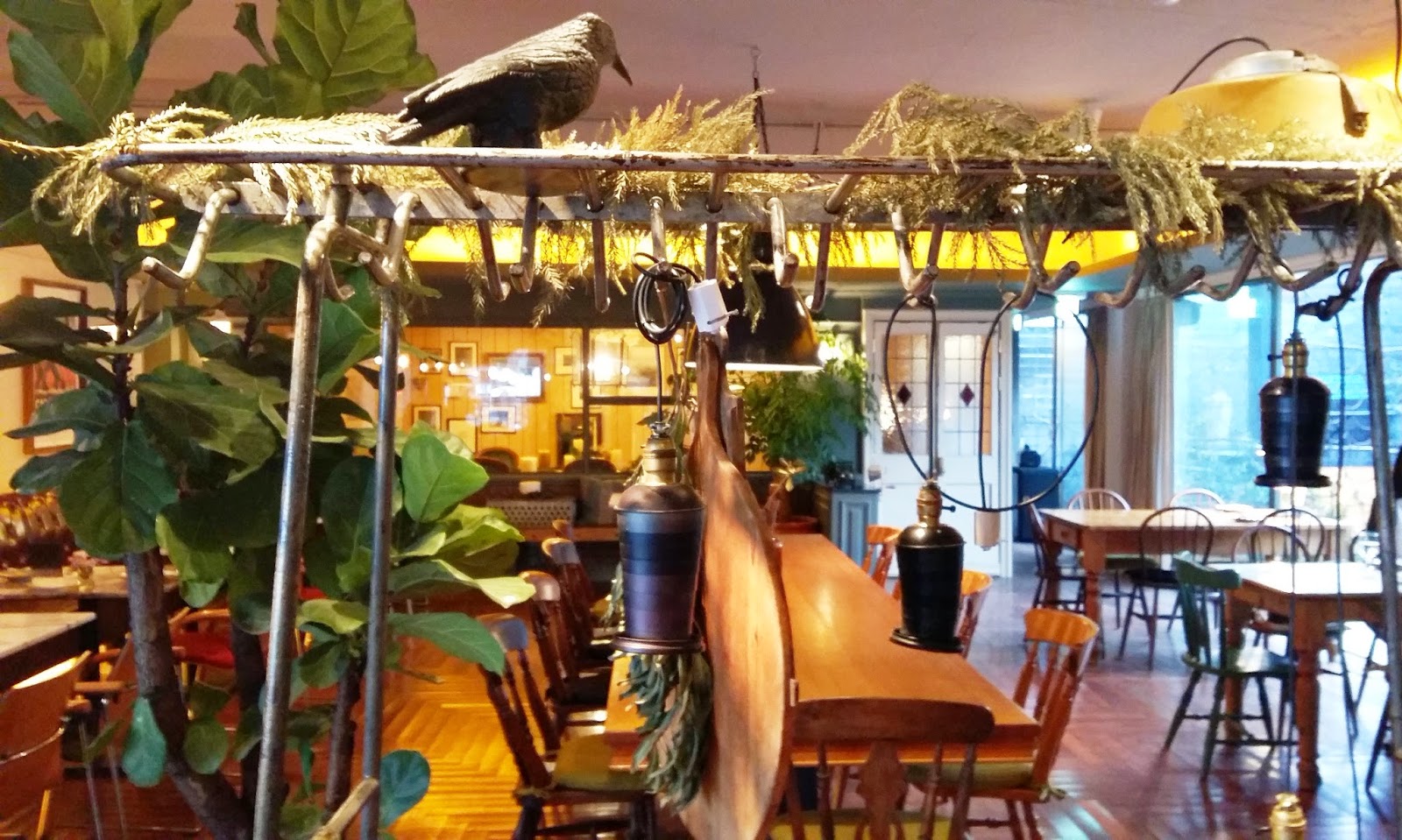 The decor itself reminded me quite a bit of Soho House Toronto which I miss desperately. 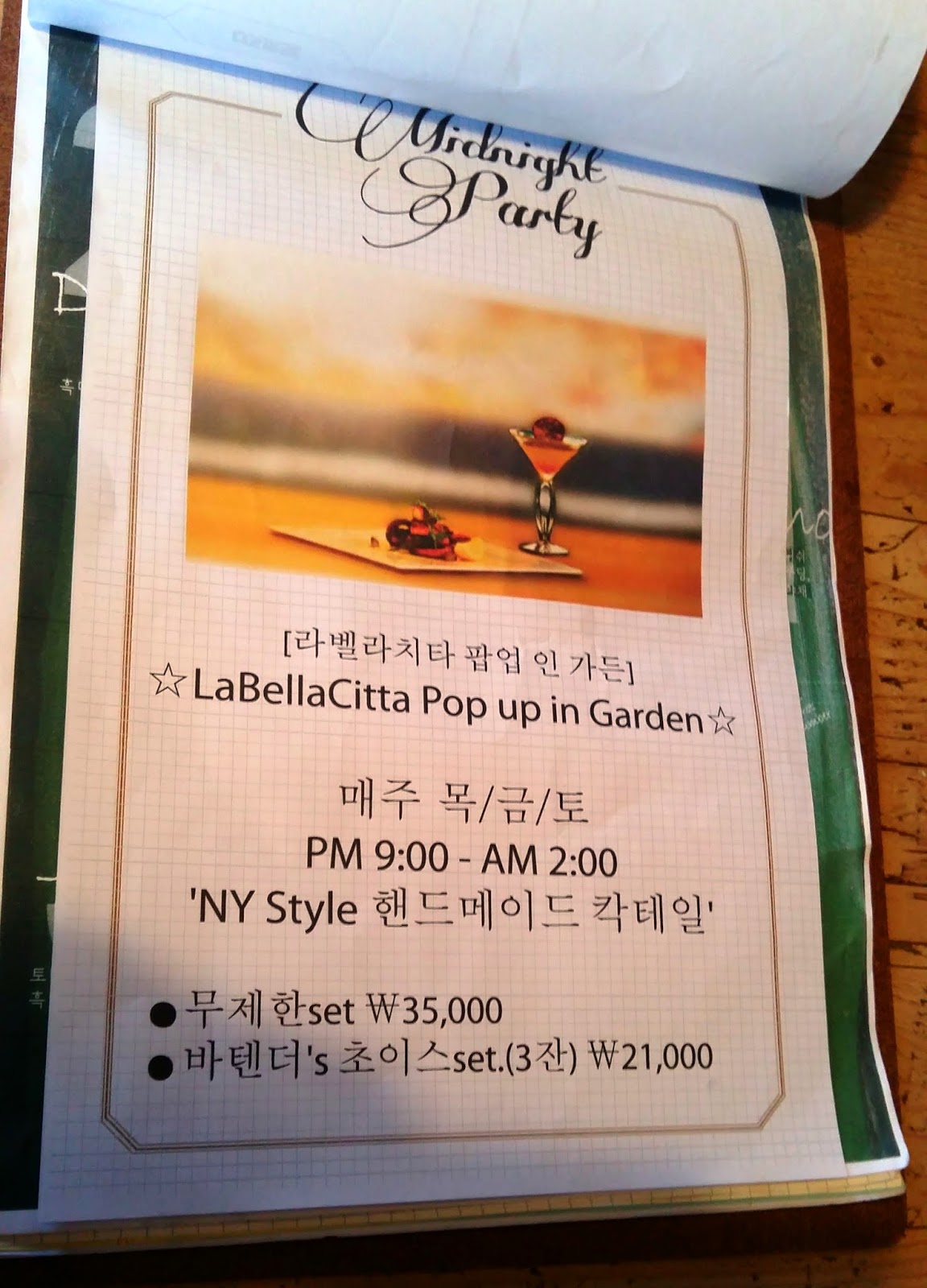 It appears they run what’s called a “Midnight Party” every Friday and Saturday from 9 PM – 2 AM.  They offer sets of classic cocktails 3 for KRW 21,000 (and I’m not quite certain what you get for KRW 35,000 but there is something else on offer) designed by their delightful mixologist who worked up in Seoul with another bartender from the award-winning “Milk & Honey” (New York – Flatiron District). 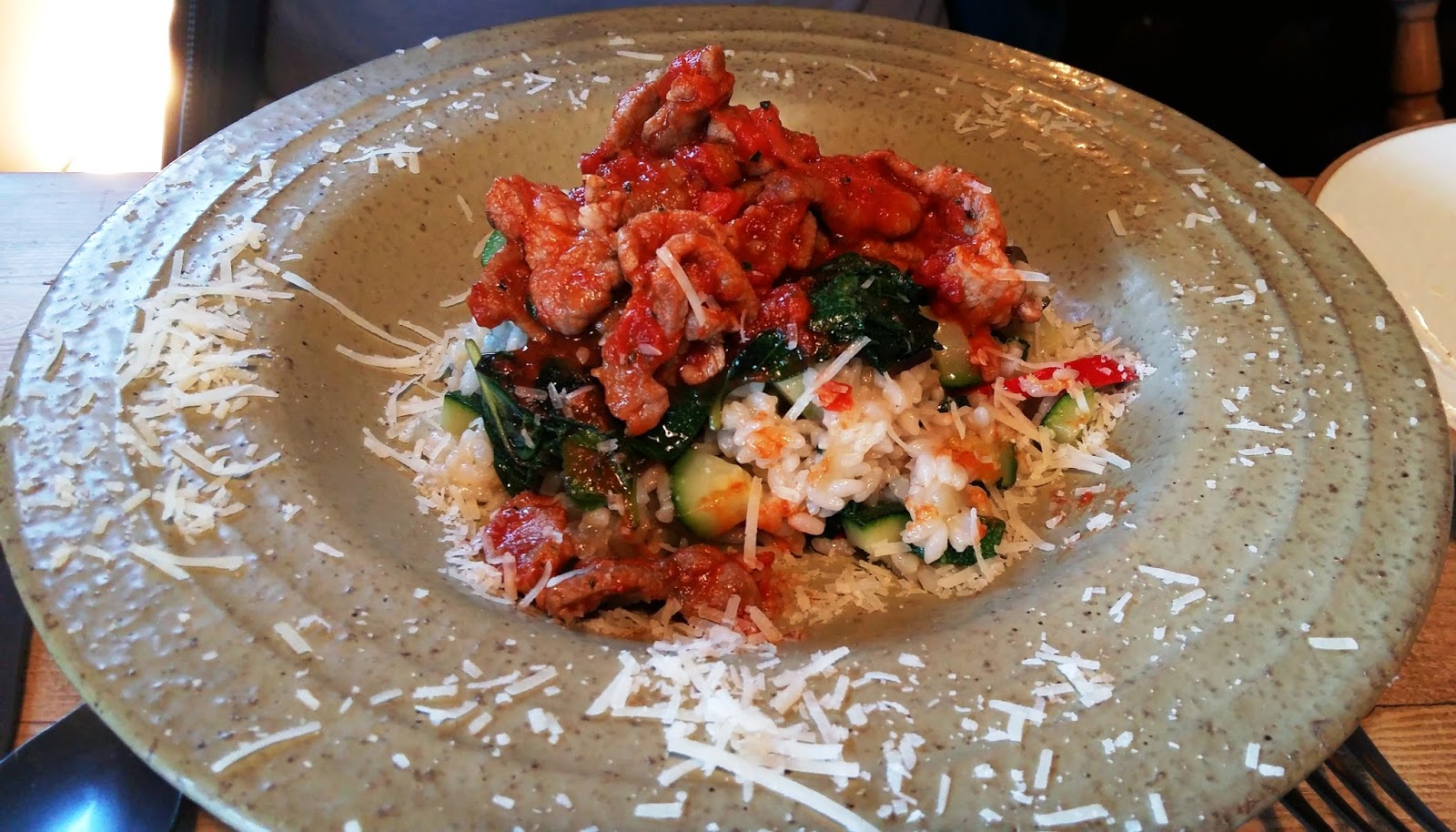 We decided to err on the safe side of what realistically is quite an expensive menu and order the Gorgonzola Gnocchi and the Pork and Stir-fried Vegetable Risotto.  The risotto is deconstructed would have been a wonderful dish of beautifully-cooked and seasoned pork, soy leaves, peppers, and fresh and crispy zucchini.  I wondered why there was cheese on the plate, and why white rice was used rather than an actual risotto.  I think if they changed the name on the dish I would have liked it more because it truly was well-composed. 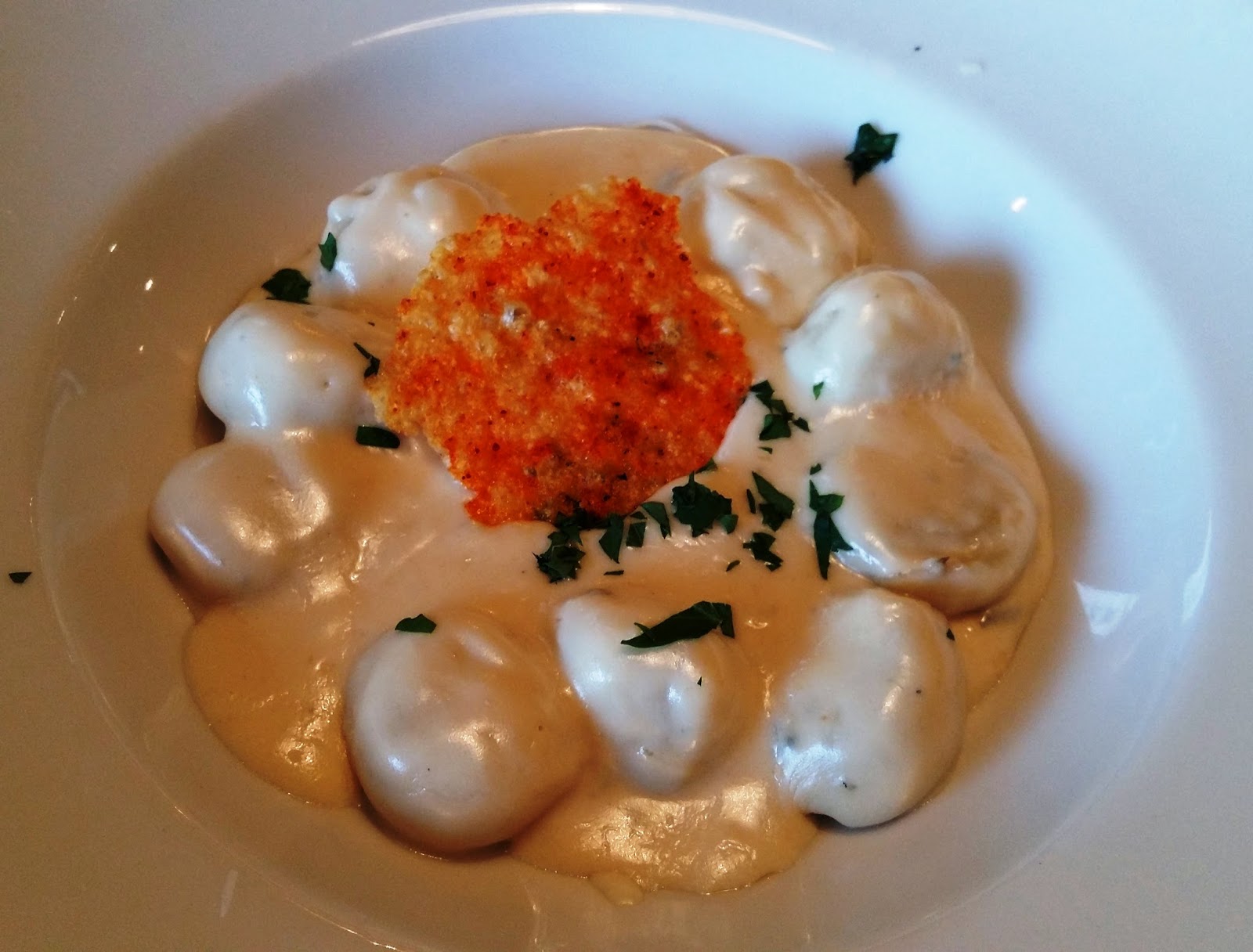 The gnocchi, on the other hand, was absolutely life-changing.  Both my dining companion and I agreed that we could have indulged in several dishes of this decadent, smooth, rich cream sauce with just enough gorgonzola to have a bold taste, but not so much that it over-powered the delicate, melt in your mouth puffs of potato gnocchi.  It was quite salty, but again – just enough to require more wine, not enough to regret the seasoning.  The cheddar chip on top was incredible as well.  We wanted to order some bread and more sauce with which to enjoy the light and airy view after such a perfect day. 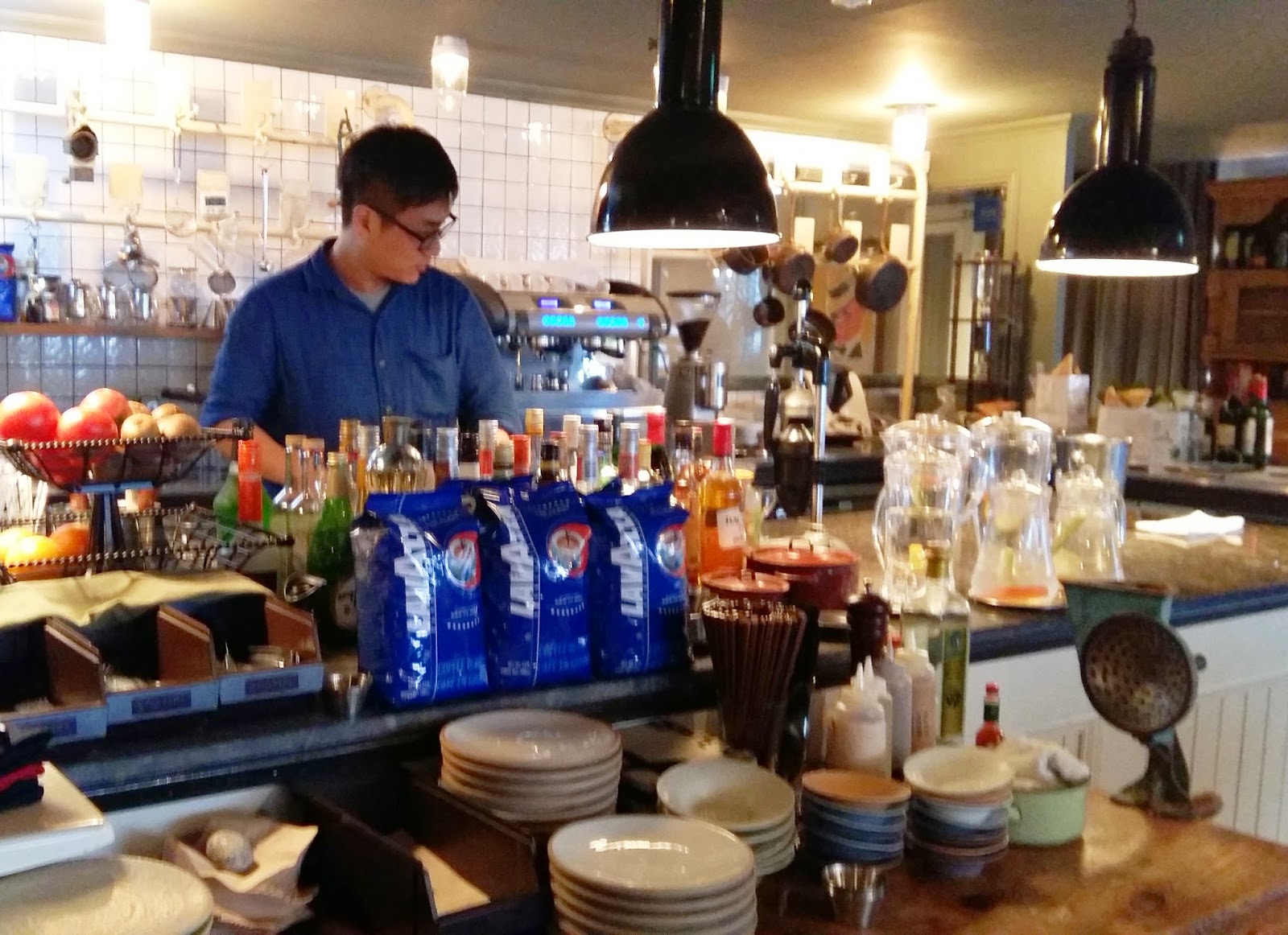 The owner popped over to ask us how we enjoyed our meals.  Talking for a bit we mentioned that we would certainly be back to try more of the Italian fare (there was a 1KG Steak on the menu for KRW 99,000, as well as some delicious-sounding pizzas for under KRW 20,000 so they really did have a variety of offerings).  We hadn’t planned on drinking, but when offered a “service” beverage we could hardly say no.  We accepted gratefully and it was decided that we would get a surprise: the bartender’s choice – a Caipirinha. 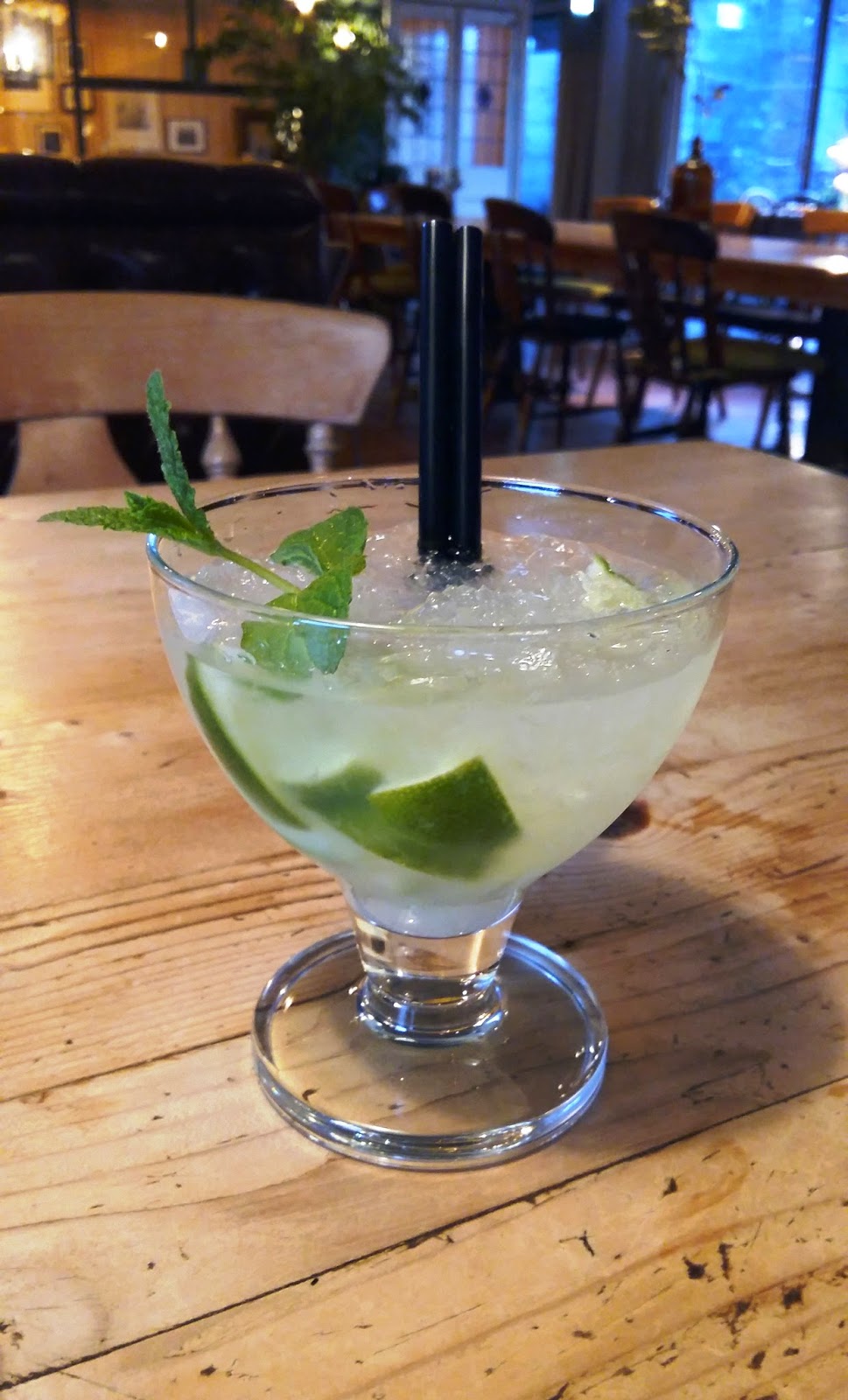 If you’ve ever had a Caipirinha you’ll know that it’s a Mojito kicked up and made for the cocktail connoisseur.  Made from Cachaça, a distilled spirit made from sugar cane juice, it’s one of the most (if not the most) popular liquor in Brazil.  Billions of Liters of the spirit are made each year but only about 1% is actually distributed outside of the country, so I definitely did a double take when our bartender stated that it was made with the real stuff.  I had enjoyed Caipirinhas last in Trinity-Bellwoods park on a beautiful summer day while eating Nadege macarons and enjoying the fresh air and view of the CN tower.  The taste threw me back to that wonderful day, and while I chatted about the rest of the meticulous cocktail menu with the bartender my dining companion ended up knocking back quite a bit of the drink.  It was pretty clear that he loved it, and I wasn’t altogether surprised when I got a text message about it on Monday asking about the ingredients (Cachaça, sugar, lime, ice). 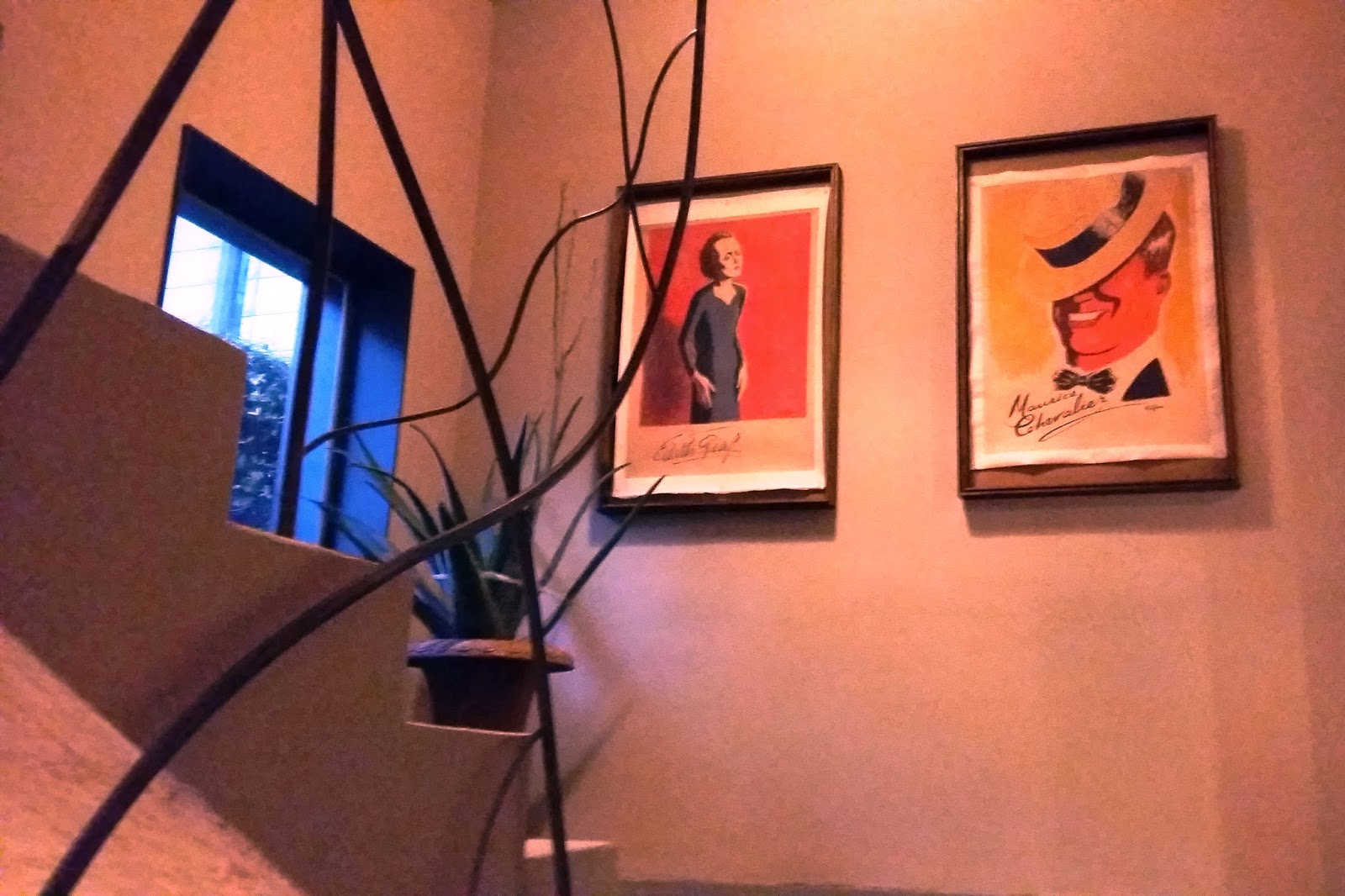 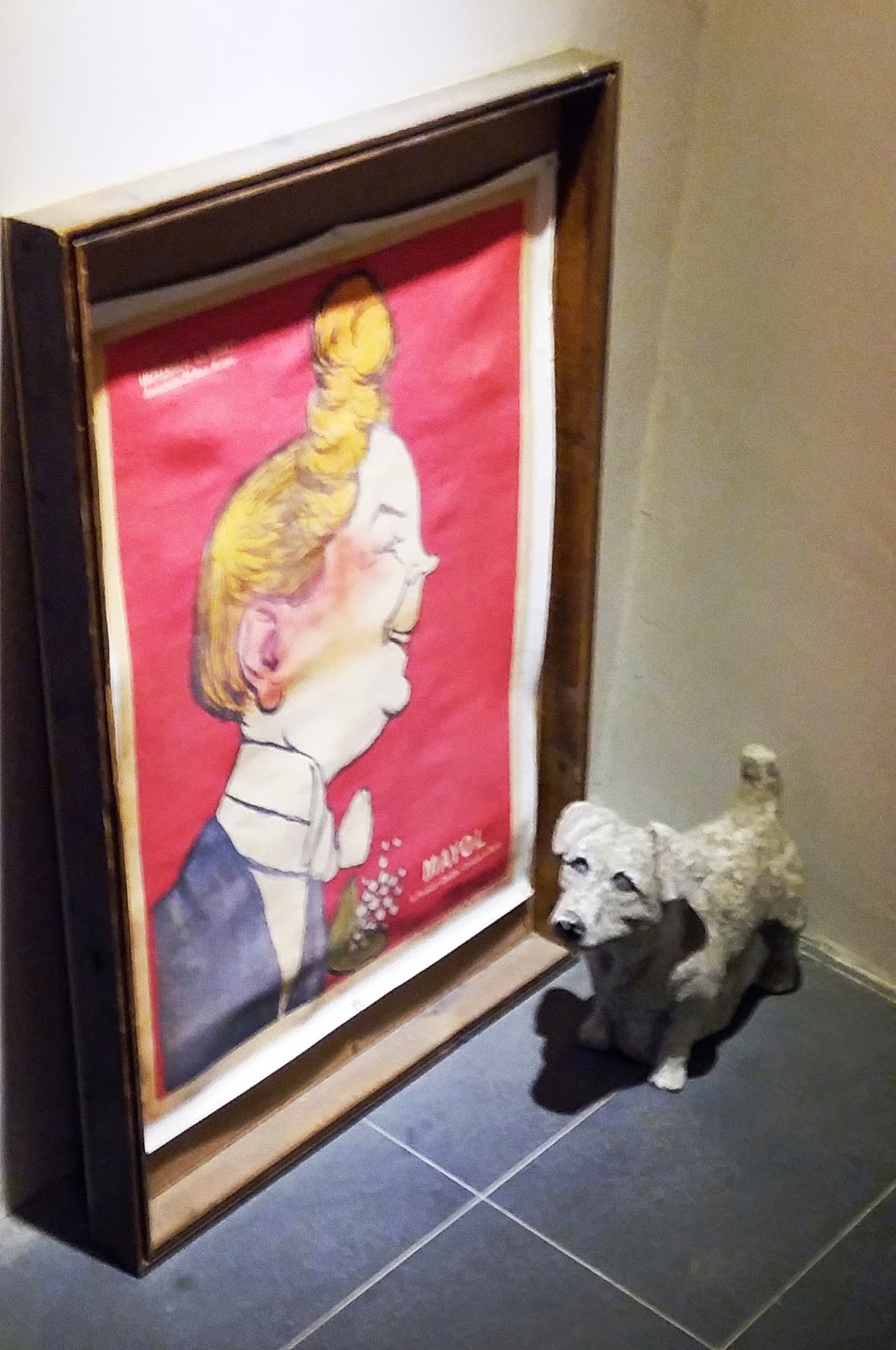 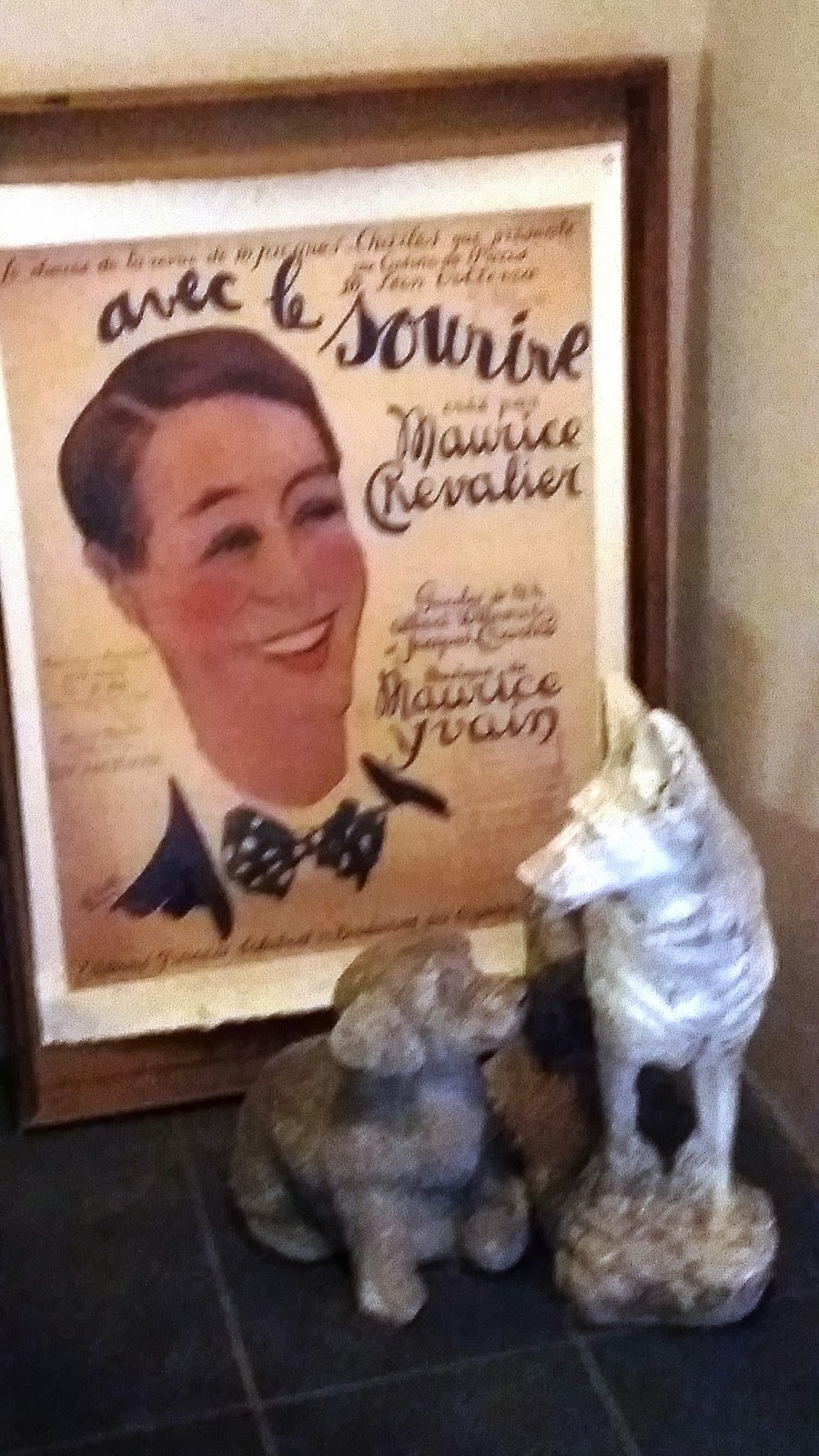 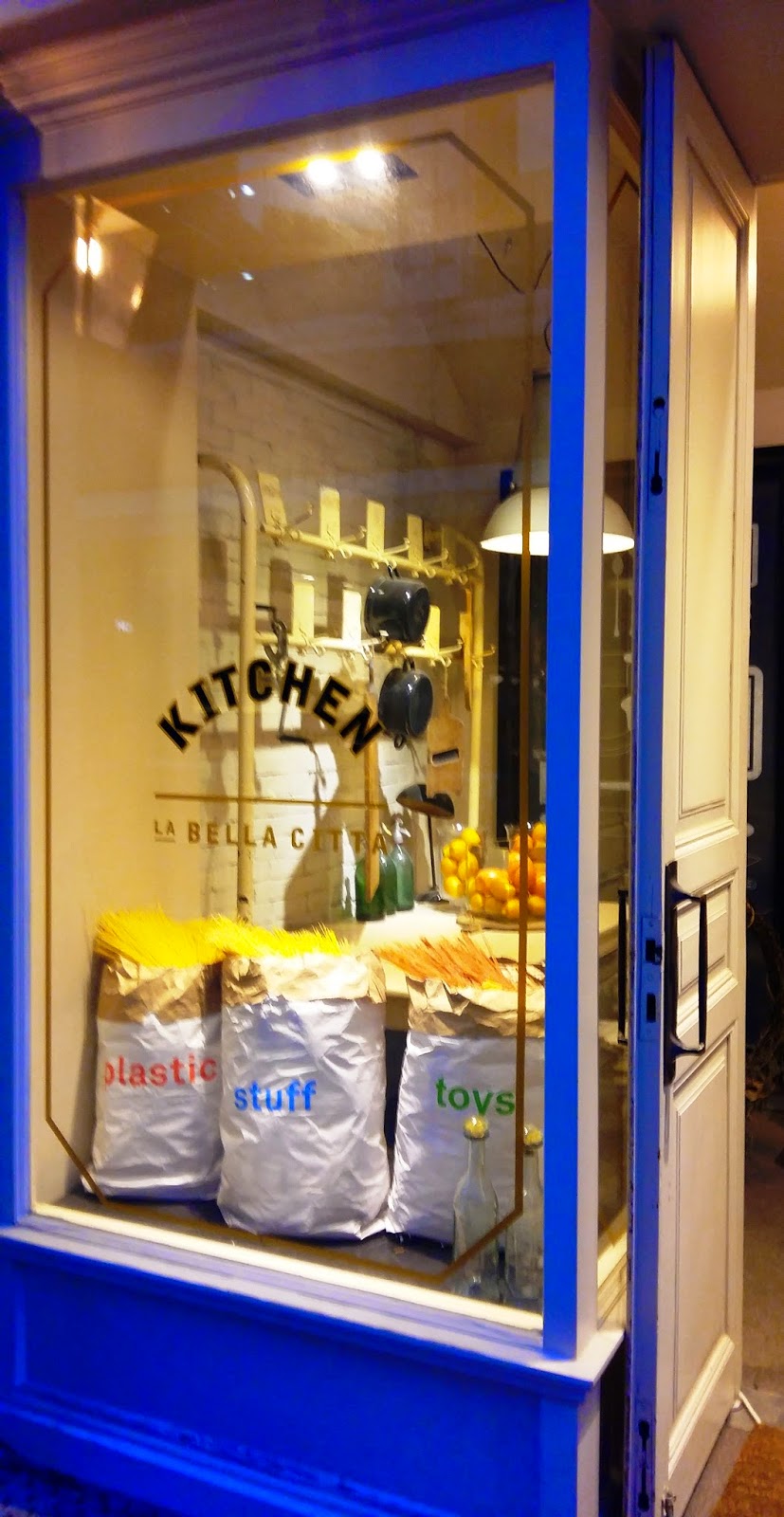 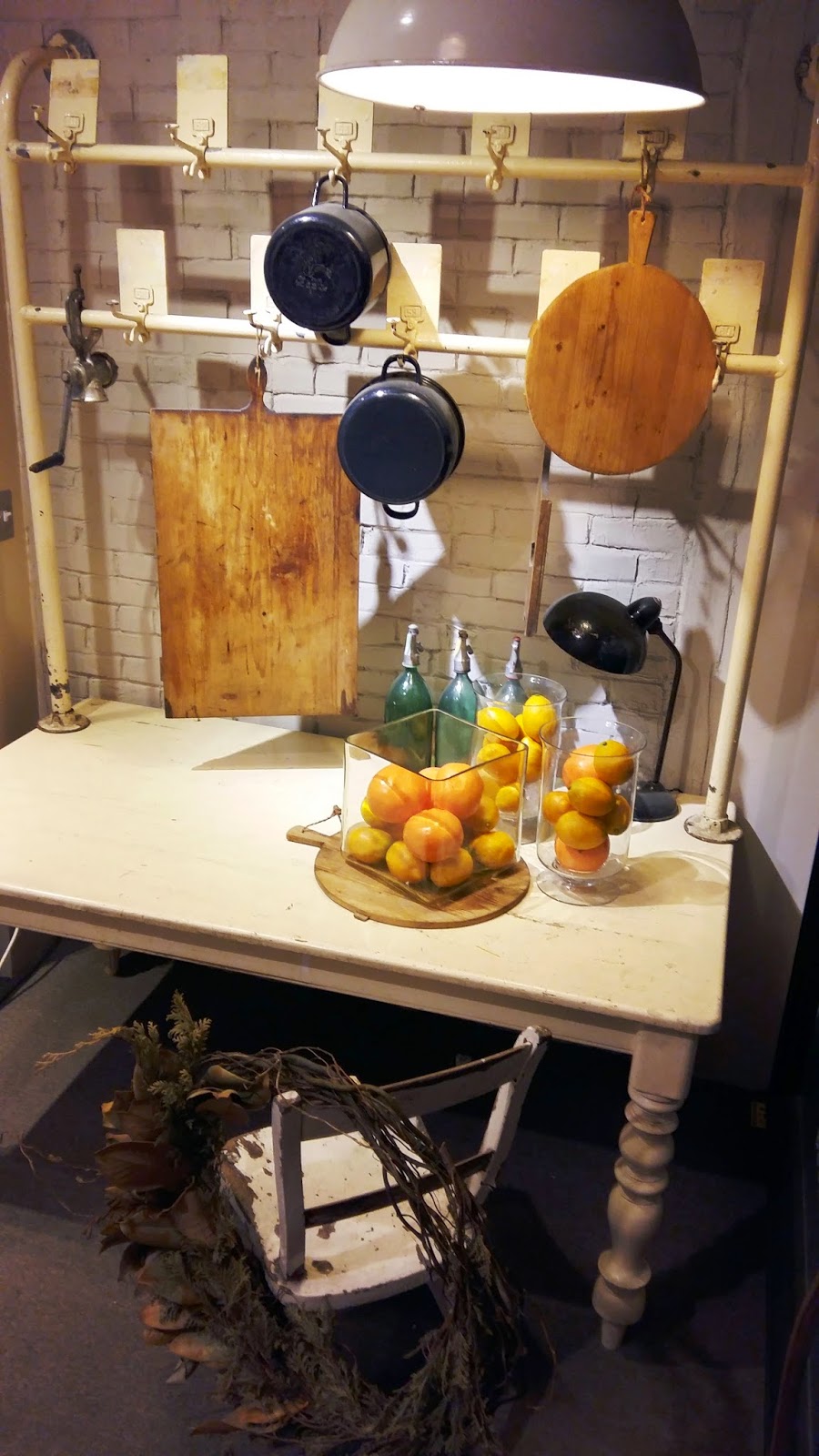 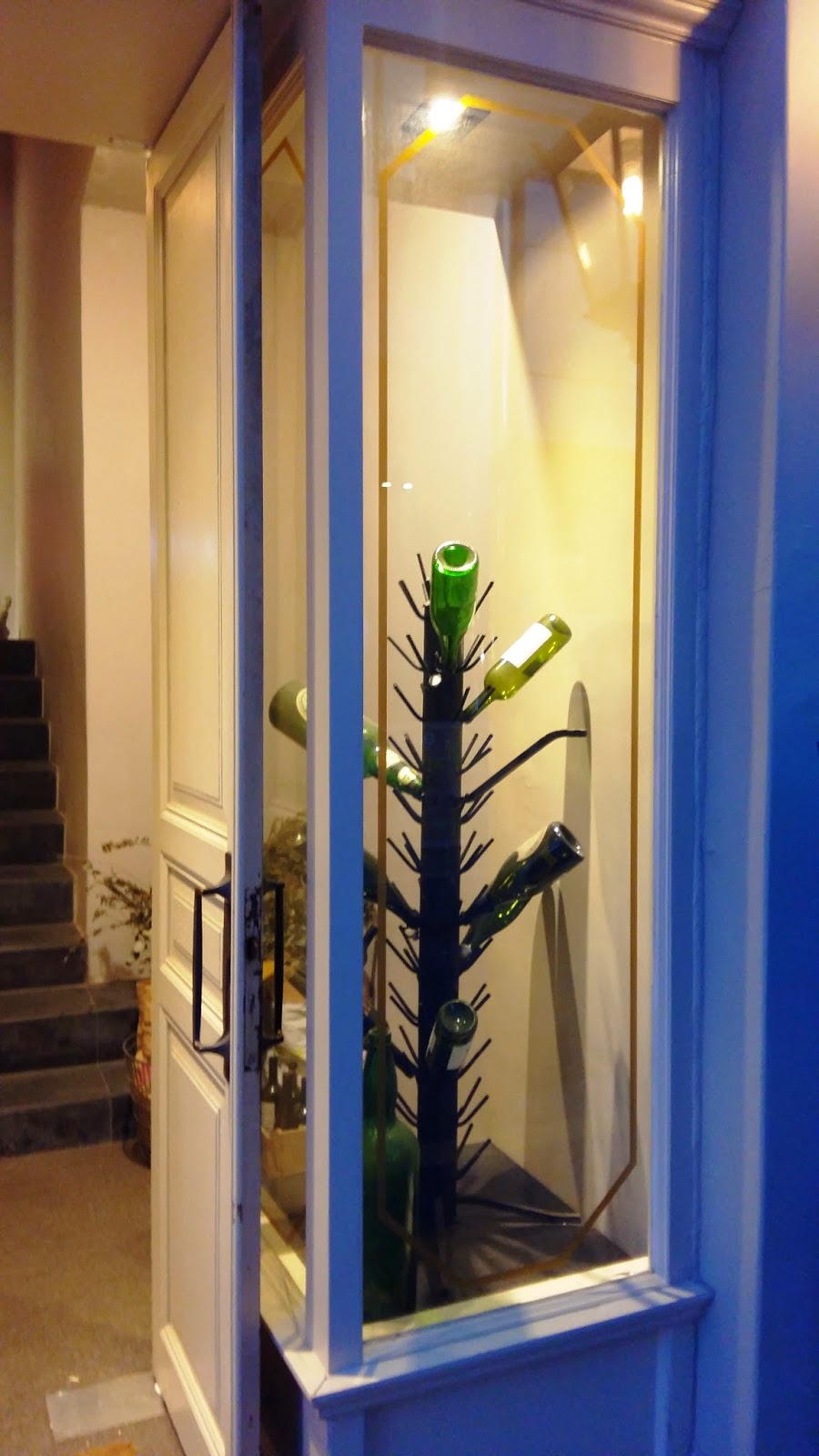 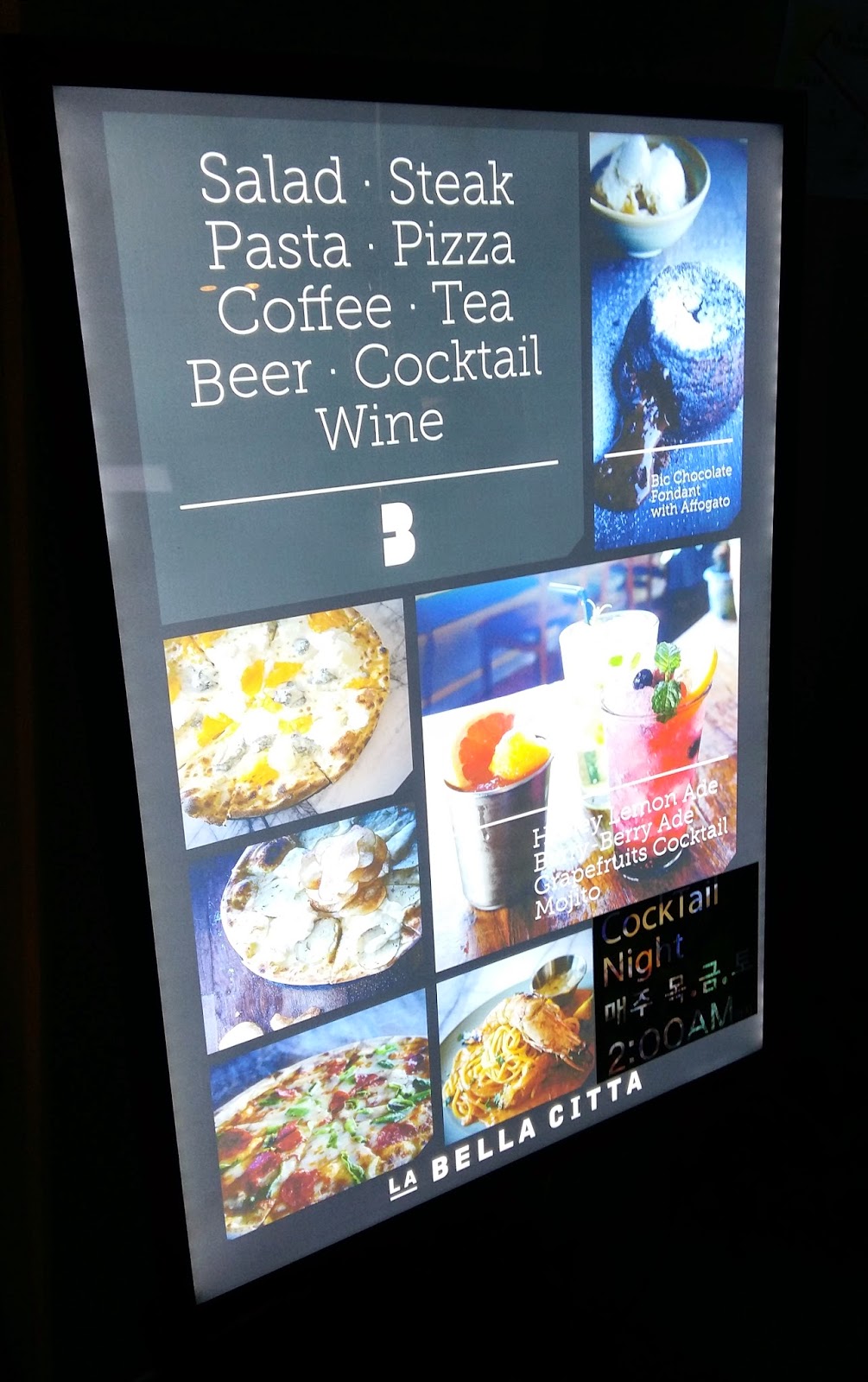 I urge you to join me some Friday or Saturday night for a prix-fixe menu (5 dishes I believe for set prices of KRW 58,000 or KRW 68.000) with a late night garden party pop-up to follow.  I am certain it will be an evening you won’t regret or forget. 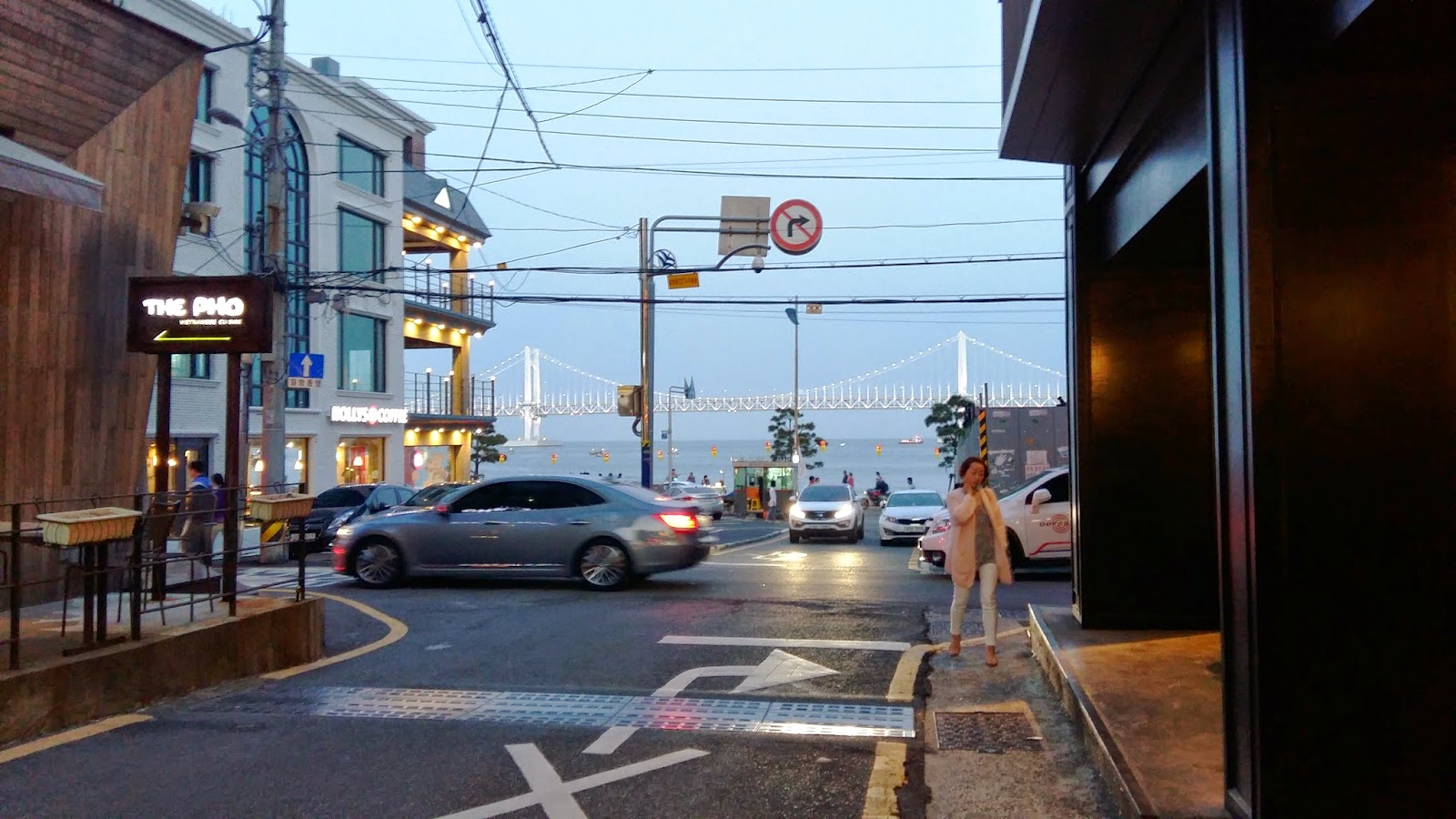