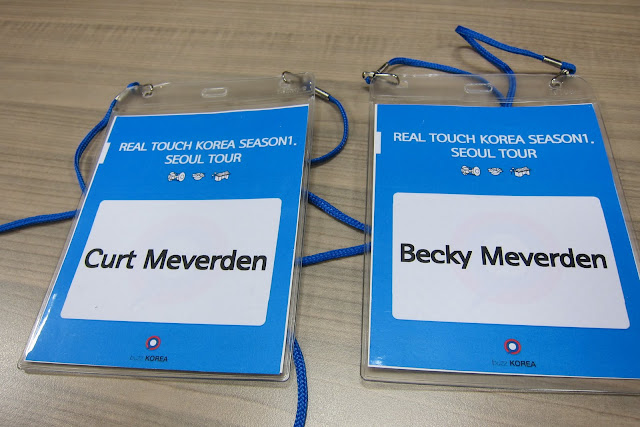 Rocketman and I were invited by the Korean Tourism Organization to their Real “Touch Korea” Season 1 Seoul Tour.  The first thing on the agenda was to meet and find out a little about each of the bloggers that were participating.  We met bloggers from the U.S, Pakistan, India and Cambodia.

Rocketman and I were invited by the Korean Tourism Organization to their Real “Touch Korea” Season 1 Seoul Tour.  The first thing on the agenda was to meet and find out a little about each of the bloggers that were participating.  We met bloggers from the U.S, Pakistan, India and Cambodia.

We had “passports” that we filled out that would document our day.  After they were completed, we were off to start our adventure.

We boarded a beautiful bus.  It was the fanciest bus I had ever been in. 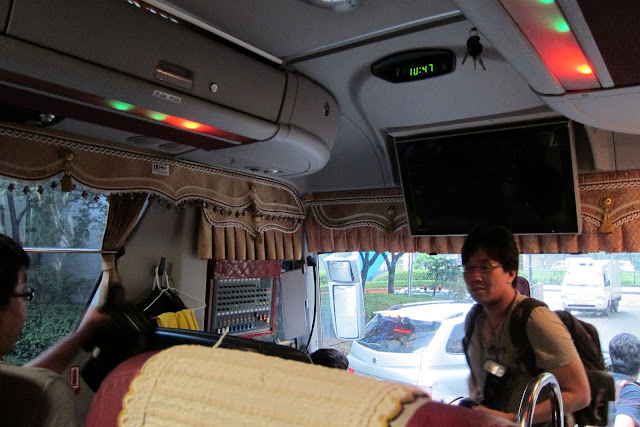 Rocketman said that it was a noraebang bus.  I asked him how he knew.  He pointed out the television screen in the front, the multicolored lights lining the aisle and 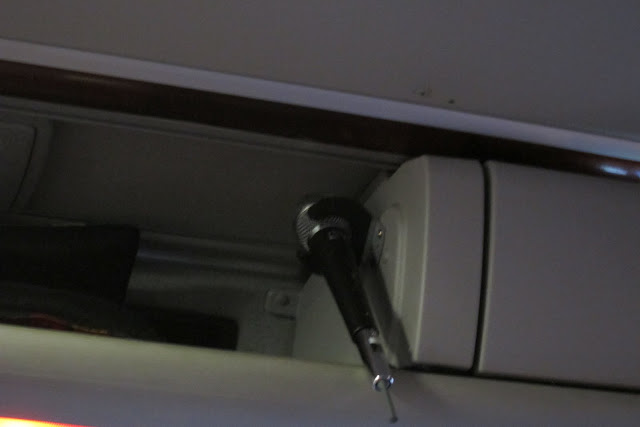 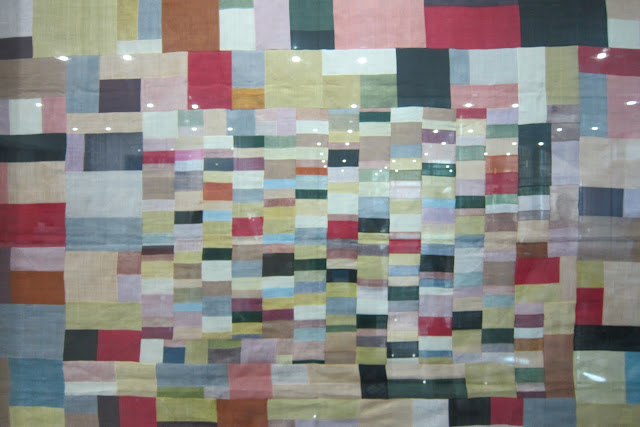 The first stop was the Gwanghwamun Art Hall(where I saw this beautiful bojagi piece) to learn about samulnori which is a type of traditinoal Korean music.  Samulnori means “the play of four instruments” which are percussion instruments.  The four instruments are: kkwaenggwar, jing, buk and the janggu which represent thunder, wind, clouds and rain. 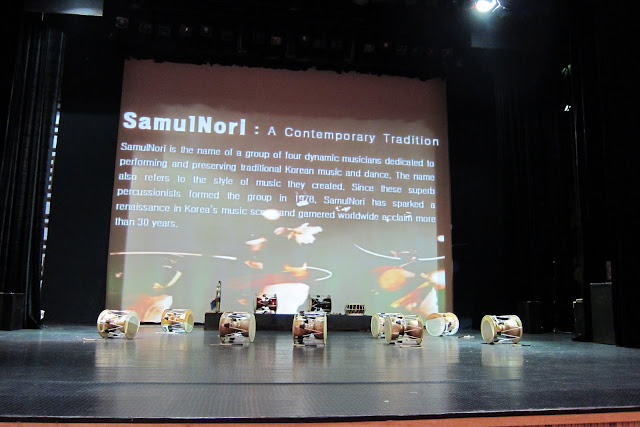 When we entered the auditorium this is what greeted us on the stage.  Those drums are called janggu and that was the instrument that we were going to learn how to play. 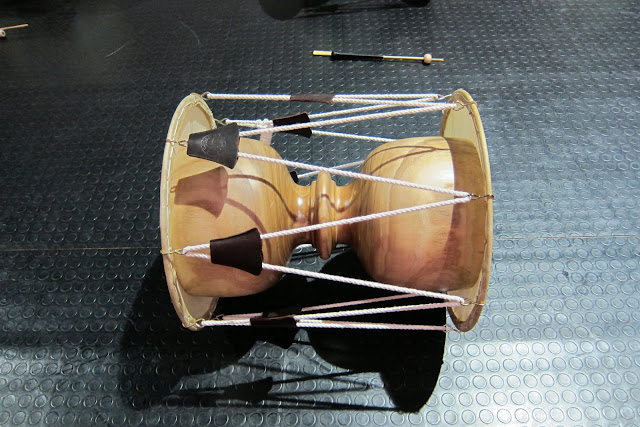 The leather straps are used to tighten the drum and it will give it a different sound.  As you see above, with the straps to the left, that meant that side would have a higher tone than the opposite side. 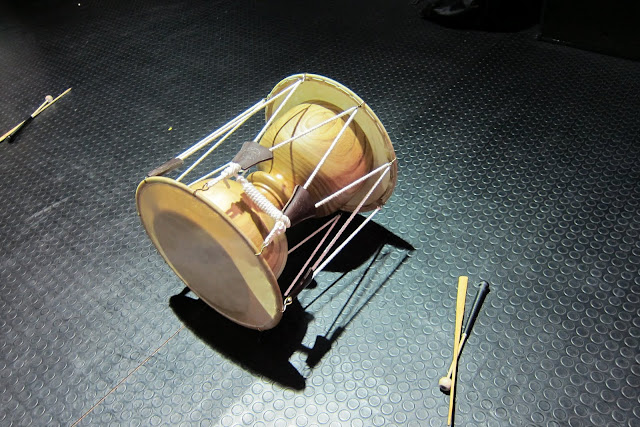 You used two different drumsticks as you can see in the photo.

This was our instructor.  He was very patient with us and a very good teacher.  I just loved watching him play the janggu.  I could have listened all day long.  He asked some of us about the rhythm of our country.  He played the Korea rhythm.  The bloggers from India, Pakistan and Cambodia all knew their country’s rhythm.  Rocketman and I looked at each other because American really doesn’t have a rhythm.  Maybe because we are the melting point of so many cultures but it did make me think. 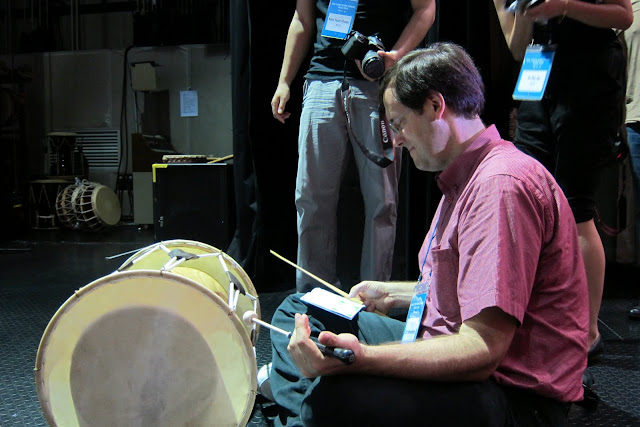 Here is Rocketman trying out the janggu.

Rocketman did a really good job!

I look so serious! 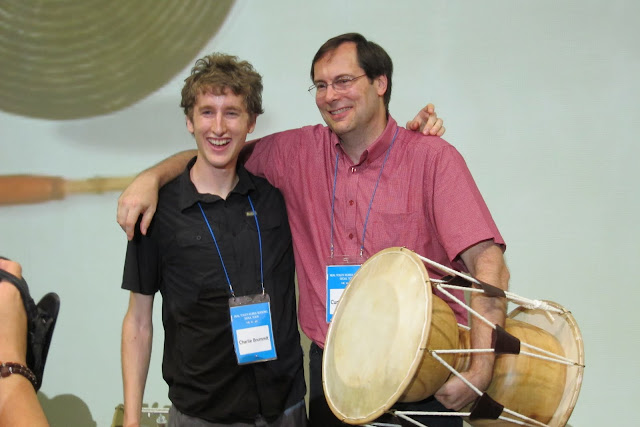 Alas, but Rocketman was chosen as the worst player and here his is posing with the best.  I was a lot worse but I was lucky they didn’t notice.

We also learned how to do some traditional Korean dancing. 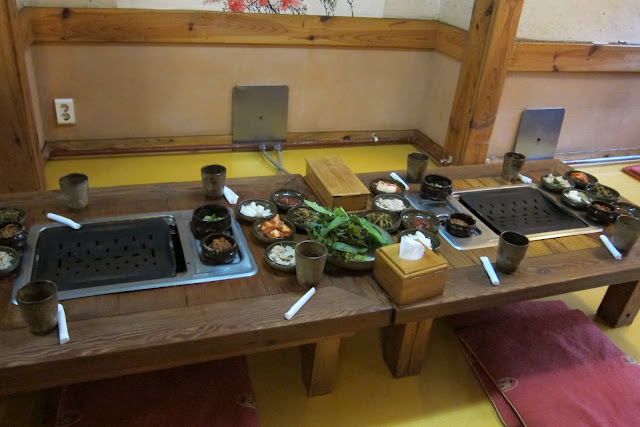 After all that drumming and dancing, we were a mighty hungry group.  We went to a restaurant in Insadong for some Korean ssam. Ssam literally means “wrap” and you use a leaf to load whatever you want on it.  You can use barbecued meats, rice and assorted vegetables.  The combinations are endless and will depend on the restaurant you go to and the side dishes they serve. It is also very healthy for you especially if you just choose vegetables. 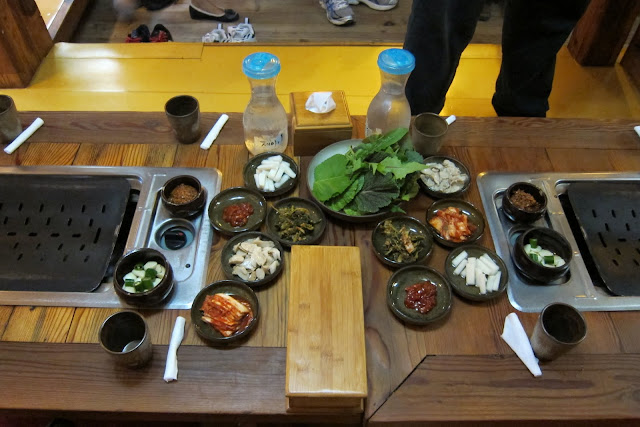 This is what we had to make our ssam.  Of course, like usual I ate all the kimchi and we had to ask for more. 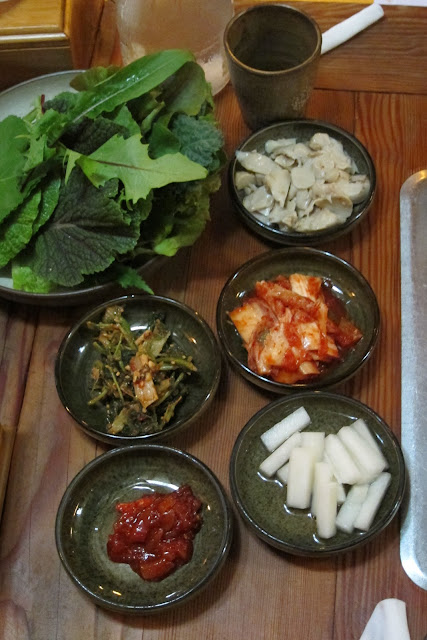 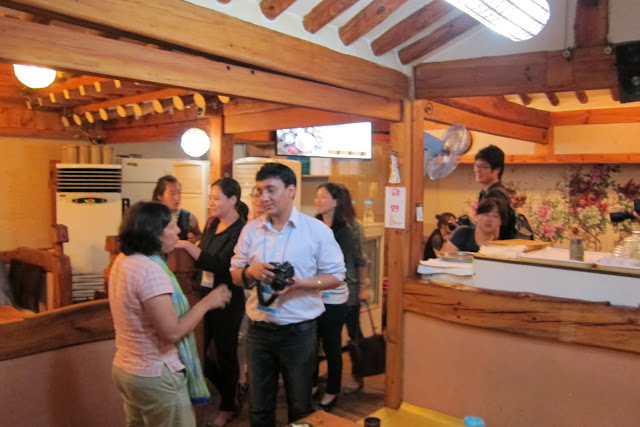 Everyone was hungry and quickly found a seat. 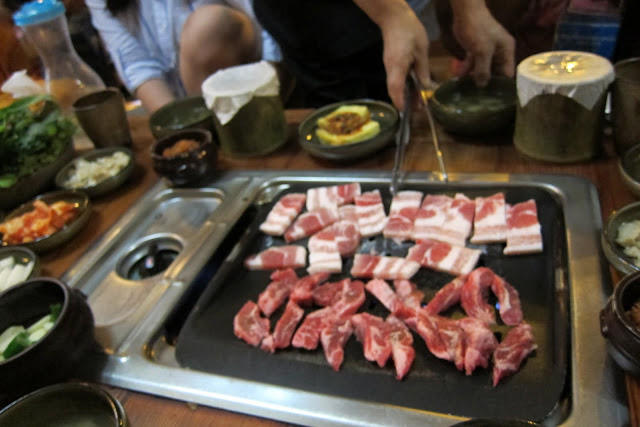 Then came the meat. I wish you could smell how delicious that meat smelled. 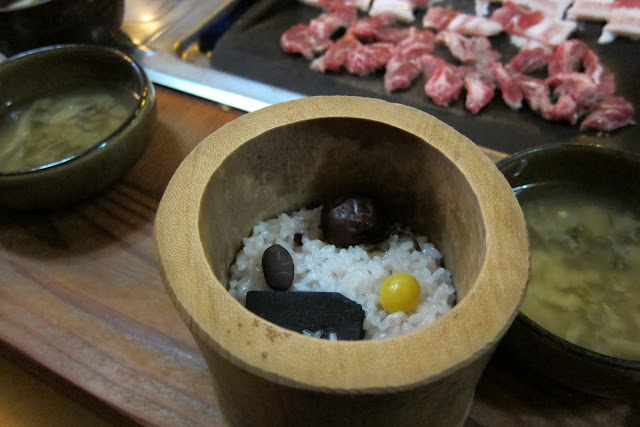 The rice was served a little different than what we are used to.  It was served in a bamboo container. 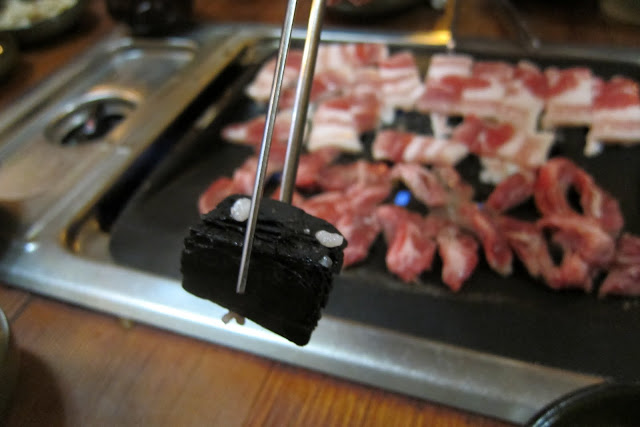 With a piece of wood in it for added flavor. 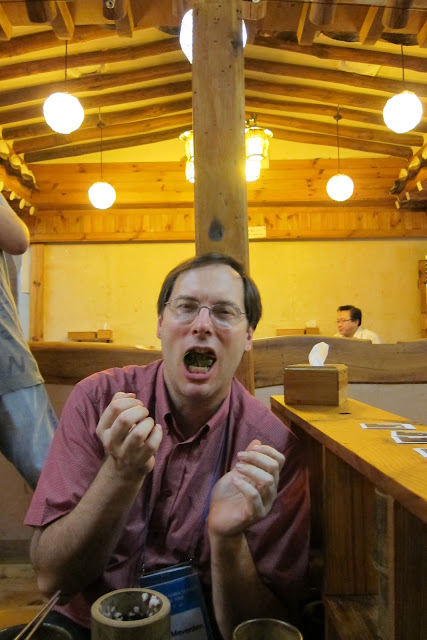 We had fun feeding each other and just eating delicious food. 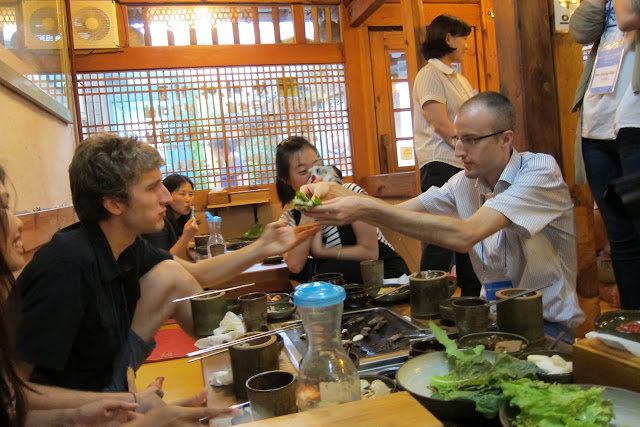 There was also a contest to see who could make and eat the largest ssam in one bite.  These guys made by far the largest but it took many bites to eat.

Here is some video I shot from the morning at the Gwanghwamun Art Hall.

Tomorrow, the afternoon at the Bukchon Hanok Village.