Ready to be infuriated? 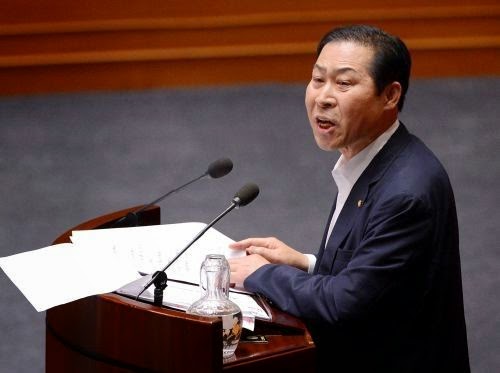 Source
Ready to be infuriated?

I got a link from my boyfriend to a quick news story about a statement made by Saenuri Dang’s MP Lee No Geun (이노근). On the first of December, he decided he had to comment on the (failed) push for a Seoul human rights charter saying that “In Korea, the biggest reason for the growth in AIDS among adolescences is homosexuality”.

While AIDS is now much more prevalent in heterosexuals, I guess I can somewhat understand his mistake due to the history of the disease. Rates in Korea also suggest that it is a more prevalent problem in the gay population, but I worry that most infections go unreported. Either way, I’d have to say unprotected sex with multiple partners is probably the biggest reason for the spread of AIDS not ‘homosexuality’. And Korean sex education leaves MUCH to be desired.

Anyways, he then continues to say that the Seoul Human Rights Charter is an attempt to “rationalize the homosexual problem” and that this will “destroy the bare minimum values needed to maintain the human race”. What?

Lee finishes by saying that although certain areas or countries may allow homosexuality, it does not look like a universal value and that “We should be wary of this inhumane and depraved action”. Maybe inhumane isn’t strong enough in English. His word, 반인륜적, is the same word used when talking about crimes against humanity.