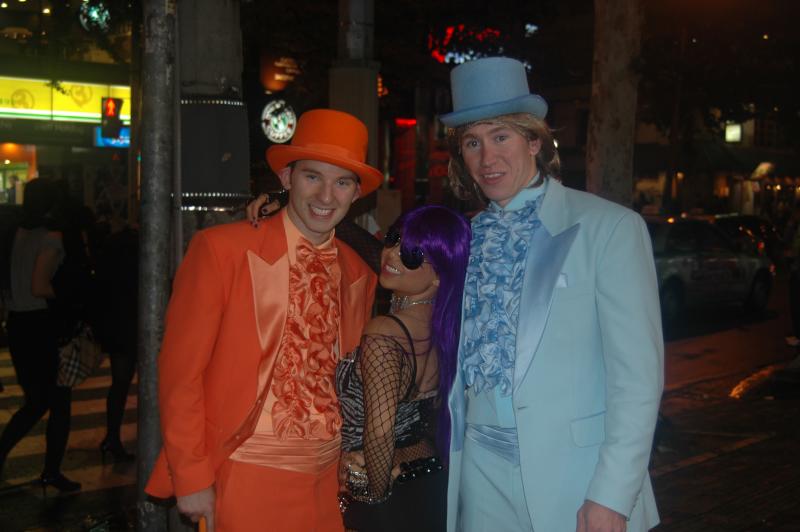 Author’s note: A early version of this article appears in the October 2010 issue of the Groove Magazine. This version should be considered more complete and up-to-date due to the early print deadline.

Author’s note: A early version of this article appears in the October 2010 issue of the Groove Magazine. This version should be considered more complete and up-to-date due to the early print deadline.

Like a number of places across the world, Halloween is a great way to escape the bonds of your usual personality and become someone (or something) else, if only for a night. If you’ve looked at the calendar, you already know Halloween falls on a Sunday – meaning that a number of people will be dressing up for all the fun on Saturday. 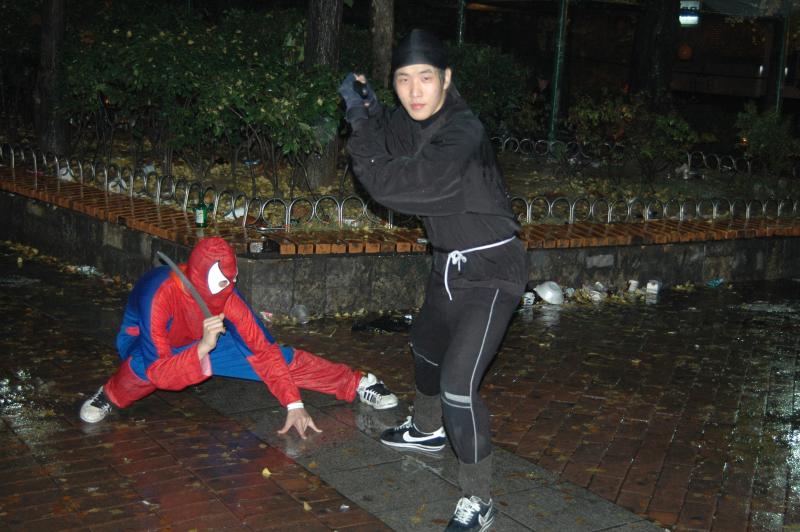 It’s worth noting that the younger generation of Koreans gets into the Halloween spirit as well. Just because it’s not a Korean holiday doesn’t mean they can’t embrace the silliness and costumes the holiday entails. In fact, don’t be surprised if some of their costumes are better or more elaborate than yours. 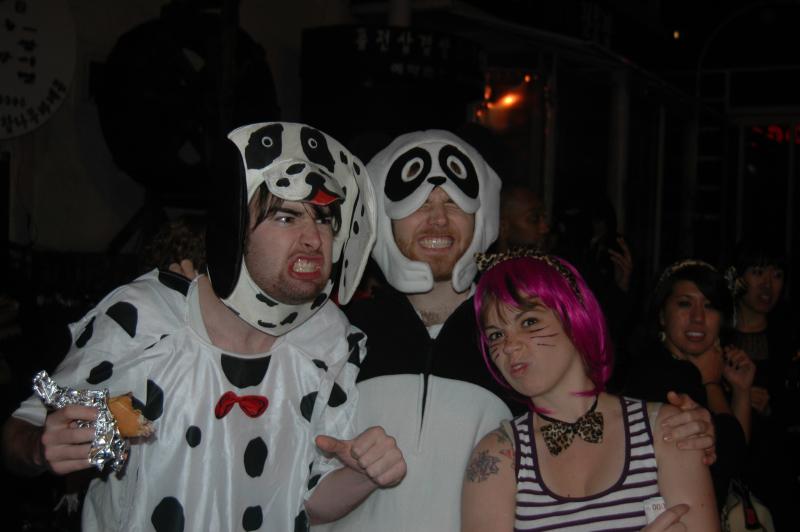 Both Namdaemun (Hoehyeon station, line 4) and Dongdaemun (Dongdaemun station, line 1 or 4) are excellent places to assemble your Halloween costume. You’ll find some masks and accessories, although you’ll have to bring your creativity to bear. 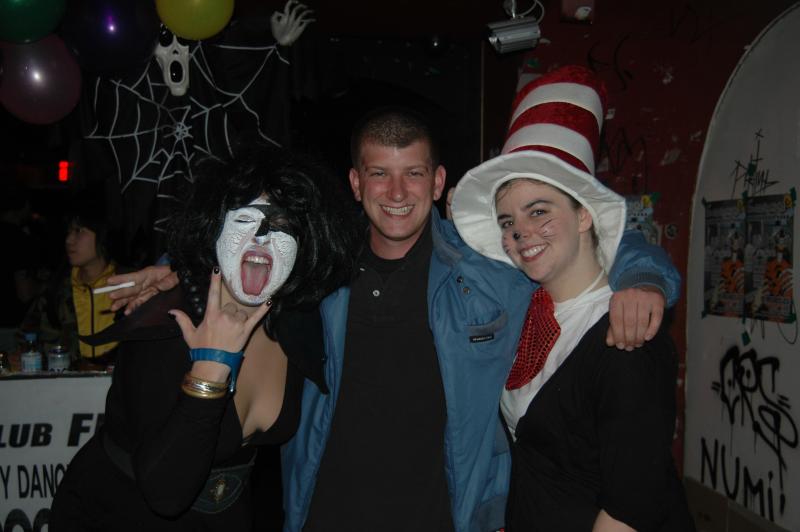 Just like in your home country, there’s plenty of places selling stuff for your Neytiri outfit or that timeless gothic look. You’ll still have to put the pieces together on your own. Myeongdong is fine for accessories or plenty of local stuff, while department stores will offer a seasonal selection of costumes and foam stuff. Most of it is geared towards kids, but there are a few costumes-in-a-bag waiting for you bigger kids.

Get out and party! 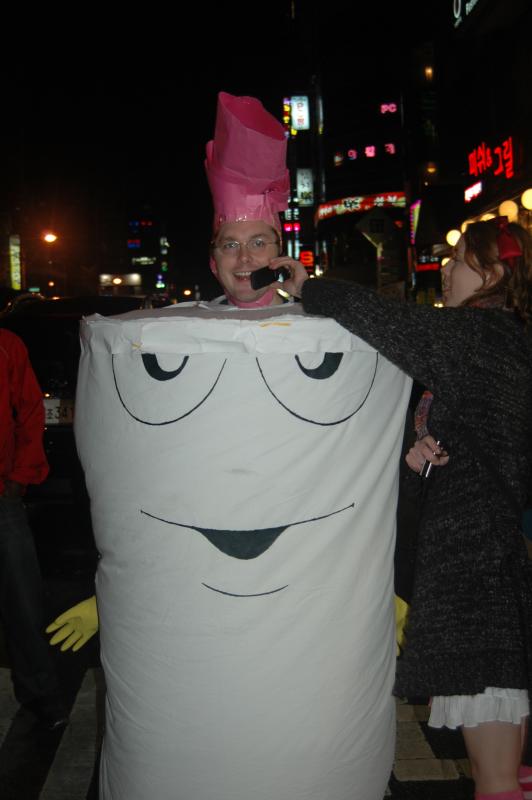 You don’t need a laundry list of all the places holding Halloween events. It’s easier to head down to your personal preference of Hongdae or Itaewon (two neighborhoods in Seoul well-known for their parties) and check out the posters that get put up the week before. 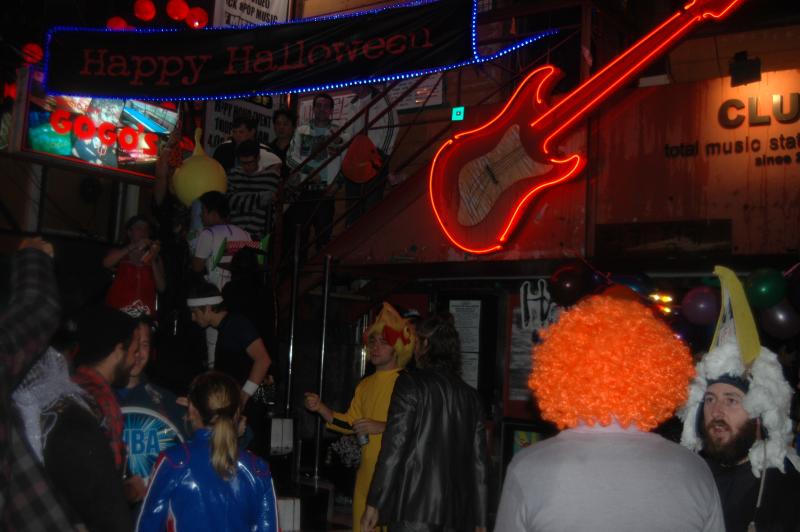 There’s bound to be plenty of good costume parties and drink specials, although walking around and seeing all the costumes is half the fun. If interested in checking out some new bands, the always excellent Battle of the Bands starts at Stompers on October 30th. If you just want some punk, Club Spot will have …Whatever That Means, Kickscotch, and Rux on the 30th as well – plenty of punk to go around on a Saturday night. 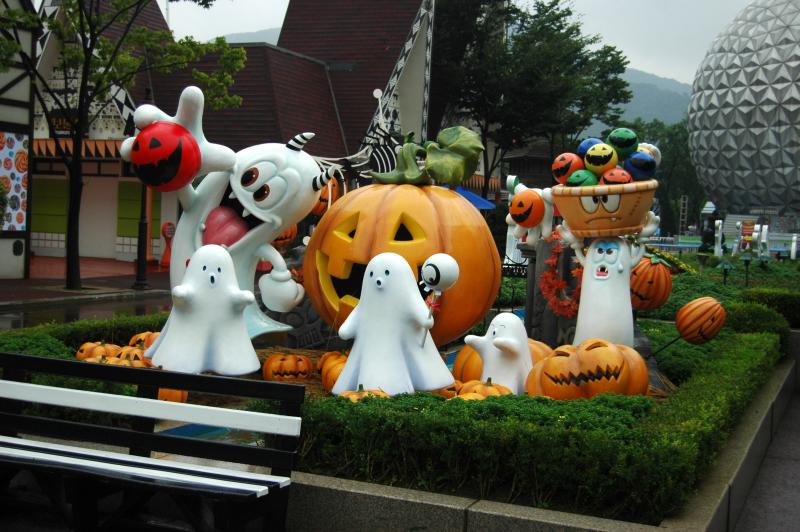 All the major theme parks had their Halloween-themed events up in late September, but they’re meant more for kids and families. You can still go and have a fun time, but it won’t exactly be the hotbed of social activity.

I’ll throw out a special mention of Gangnam – you probably won’t see as many costume-wearers there, but hey, you’re unique. Expect the clubs in Gangnam to throw a party or two – but don’t expect a break from their usually high cover charges.

One more photo to get you in the Halloween spirit: 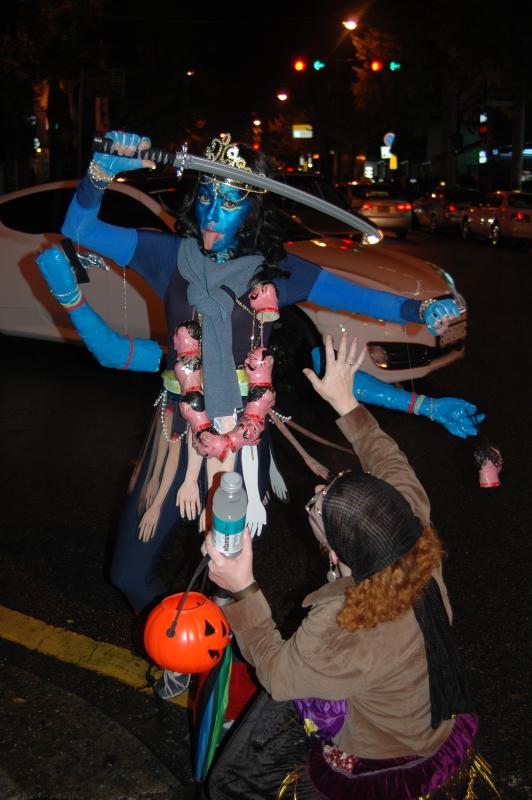 Do you have a question about Korea? I’m happy to answer, but do me a favor and search the blog archives first – there’s a good chance your question has already been answered. If it hasn’t, e-mail me at chrisinsouthkorea AT gmail DOT com.