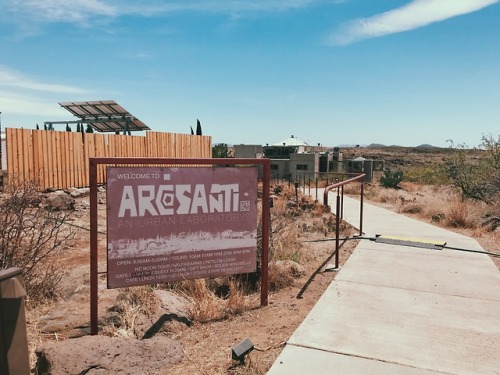 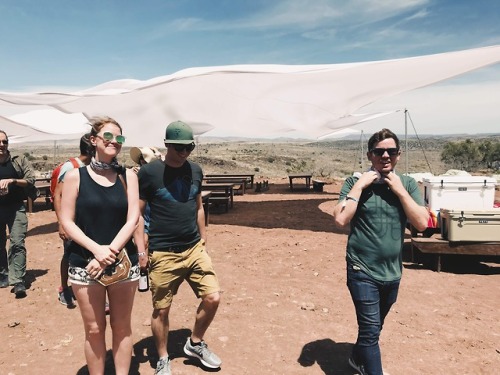 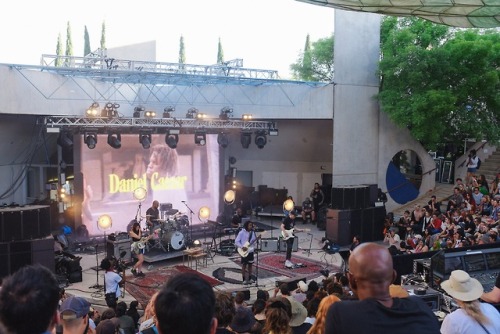 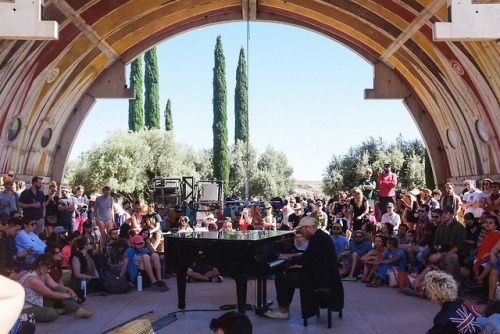 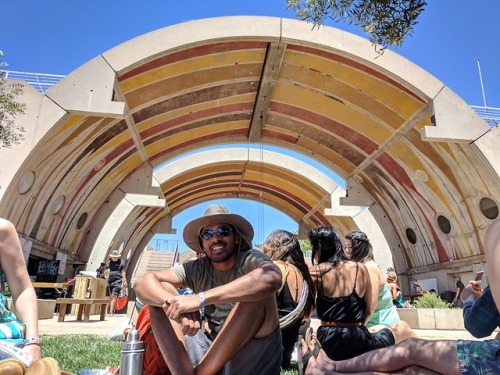 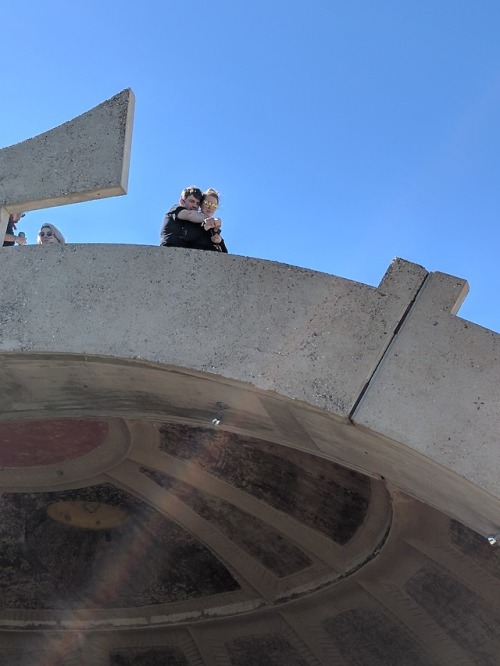 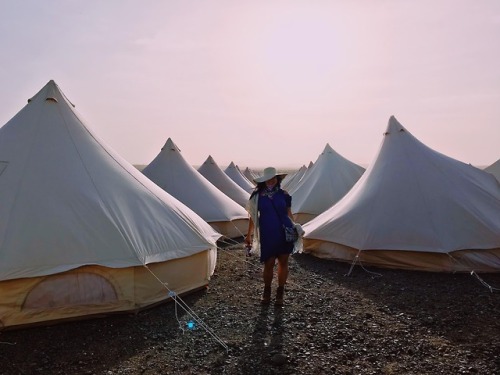 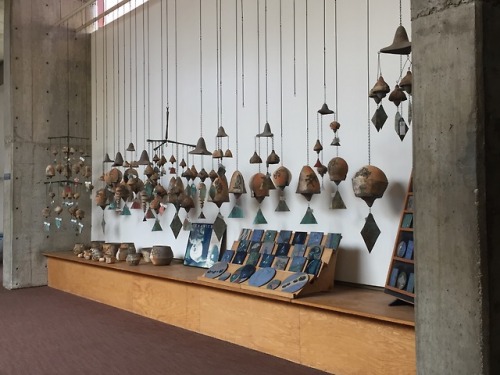 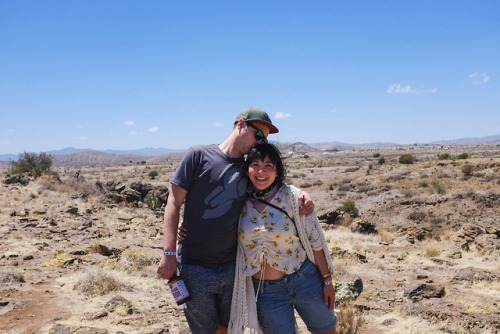 FORM is an intimate festival & creative retreat held in the 1970s desert eco-city of Arcosanti, Arizona, just under an hour drive from Phoenix and 7 hours from Los Angeles. I was really lucky that my boss bought tickets for a group of us from work with the awesome lineup (poster, video) of Mitski, Skrillex, Courtney Barnett, Beach House, Charli XCX, Jay Som, Hundred Waters, Fleet Foxes, and much more (some of which I’ll mention below). It’s three days of otherworldly, futuristic architecture and landscapes, live music, experimental art, educational talks and panels.

This year the festival was 21+ and the campgrounds ($389) were moved down into the canyon, which is a long walk from Arcosanti. Our group stayed up in Patron Village, with delicious catered food and plentiful drink tickets, the patron bundles starting at $1749.

The memories are a blur of hot sun, strong cocktails, beautiful art, MUSIC, WORDS, clouds of dust (note: wear a bandana or dust mask), and not enough sleep.

Outside of the great company, here are a few memories that are somewhat lucid: