If you read some of my previous posts, you know I love Makeup and my favorite store is Missha….
If you read some of my previous posts, you know I love Makeup and my favorite store is Missha….
Missha is of course a Korean Brand, I discovered Missha about 4 years ago while watching a Tutorial on Youtube…. There were no stores in Mexico and the only way to get something from Missha was online (or going to Korea…..), I’ve heard about BB Cream before, but I didn’t really know what that was, turns out BB Cream stands for Blemish Balm, this is a moisturizer, foundation and sunblock…. I ordered 2 and to my sorprise I received 2 Missha BB Creams and a bunch of freebies (yay!!!), 2 years later I still had some BB Cream and I had the oportunity to travel to Korea, I knew Missha was a must stop for me and indeed it was, I went to the one in Donghdaemun, Insadong and another one inside a subway station… my love for this Make up brand grow bigger and I bought plenty make up I still have 🙂
3 months a go the very 1st Missha store was due to open in Mexico City, I wanted to go to the openning but  turns out I would be in Korea that day… I made up for it by going to Missha in Myeongdong 🙂 and just last month I was able to visit Missha’s store in Mexico City….
The store is located in Hamburgo 206, Colonia Juarez. Mexico, D.F., it’s located in what it used to be the Seoul Market, the store is big enough and you can find everything from an Eyeliner to Moisturizer and BB Creams, this brand also offers Kpop CD’s and Posters and this is the downside of the store….
You all know I like Kpop but I don’t like going crazy about it and I don’t like people doing it either…. the time I visited the store there was a Salesgirl ho approached me, I was just looking to get to know the store, I didn’t plan to buy anything there that time because I got way too much while I was in Korea in September, so I just wanted to see if they had the same products and stuff…. The salesgirl wouldn’t stop following me and then thought I had grabbed one of the samplers and took it with me…. I of course didn’t have it and it turns out it was just missplaced and she found it 1 min later…. I DO NOT like being followed in a store! much less if they think I’m traying to steal take something. I understand its their job to offer Help since it’s something “new” in Mexico and if you go to Korea you’ll notice how the salesgirls are outside trying to catch everyone’s attention into the store and that’s OK, it might be because I was a foreigner that I wasn’t followed in Korea, it took about 3 minutes for them to decide who was going to be brave enough to come to me and ask me if there was something they could do to help me in English, I asked for a few things and that was it, but she wasn’t behind me trying to explain that what I was looking was Nailpolish like they did in Mexico…. excuse me but I do know what Nailpolish look like, plus I can read the signs… ok?
After that experience I just wanted to get out of there as this store is mainly directed to again Kpop fans in Mexico not to Make up lovers/artists…. this is how I got to the conclusion to buy online , I just wish not everything Korean related in Mexico was directed mostly to Kpop fans…. 🙁
Anyway, despite the bad experience I had at the store I still love their products 😀 my favorites are:
Missha BB Cream
Since I don’t use much make up, I usually just put on some BB Cream and if I’m going out or it’s a special day/event I just add some Missha’s Perfect Concealer and MAC powder 🙂 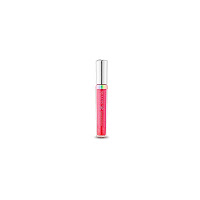 Missha The Style Lipgloss Glam
This is my favorite gloss, I don’t need to add anything else and it usually stays longer than most gloss’.
And last but not least, the Missha M Mascara (water proof), this one is light and gives a natural (yet enhanced) look to my lashes 😀
Those are my favorite products from Missha, you can go to their website here and try their stuff, also I assure you that you’ll receive some pretty cool samples!!
-Gisela V.