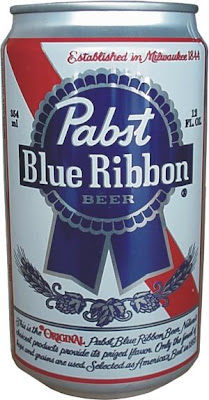 With the rise of the beer market in Korea, several well-known brands of foreign beer will soon be appearing in Korean supermarkets. Pabst Blue Ribbon, Natural Light, and Milwaukee’s Best have began plans to export their beverages to compete with the Korean beers.

With the rise of the beer market in Korea, several well-known brands of foreign beer will soon be appearing in Korean supermarkets. Pabst Blue Ribbon, Natural Light, and Milwaukee’s Best have began plans to export their beverages to compete with the Korean beers.

A spokesperson for Cass expressed concern. “We’ve been the low-end beer of choice for years, but we’re confident that we’ll continue to be the beverage people choose. We will be upgrading our marketing to prove that we’re the best low-end beer in Korea.” An OB representative declined to comment, citing a need for further research before commenting. “It’s part of our policy to taste other crappy beers to see how they compare to our own,” a Hite spokesperson stated.

Edward Smith, a 27-year-old English teacher in Korea, was ectastic upon hearing the announcement. “I can get trashed on Natty Light just like I did in college! Hopefully the price is still pretty cheap like it was during happy hour.” While no indications have been made on prices, Pabst announced that their pricing would be “competitive” when compared to local beers. “Just because it’s being imported doesn’t mean it’s better or more expensive,” a Pabst spokesperson was quoted as saying.

Although Cass, Hite, and Max drafts will continue to dominate the Korean market, the imports intend to gain market share at convenience stores. A Milwaukee’s Best spokesperson revealed part of their strategy: “We plan on offering taste tests of our product in front of every 7-11 and GS-25. If the customer doesn’t spit it out upon tasting, they get a coupon for a free beer.”

In some other alcohol-related news, Popov vodka was also rumored to be on its way to Korea. Sometimes called the cheapest or harshest vodka on the planet, they cancelled their plans after they learned what soju was. A statement released by Popov was translated by this reporter: “We had no idea about the competition in the Korean market. While we could compete with soju, we’ve decided to focus our efforts on markets that don’t already have a cheap strong alcohol.”

A spokesperson for Jinro, the world’s largest producer of soju, stated they have “every intention in remaining the cheapest and harshest source of alcohol that is considered drinkable by humans.”

This is satire. Unfortunately or fortunately depending on your perspective, these beers will not be coming to Korea to my knowledge. Life is too short – don’t drink bad beer. That is all.