It’s the first day of our job themed Event Week at school. It’s so hot and sticky outside that dancing the ‘Hot Potato’ song is so tiring! I’m happy that we had a quiet weekend to save up all of my energy!

It’s the first day of our job themed Event Week at school. It’s so hot and sticky outside that dancing the ‘Hot Potato’ song is so tiring! I’m happy that we had a quiet weekend to save up all of my energy!

This weekend Nick and I cat sat for Nick’s co-teacher, Kelsey, as she went to Jeonju. The cat’s name is Mufasa, and he is so cute. Unfortunately Kelsey got Mufasa because he had been abandoned at a pet groomers. I’m not sure if the owner saw what the groomer had done to poor Mufasa’s fur, or whether the groomer did it in spite after they realised that the owner was never coming back, but he has a silly haircut that has taken months to grow to the point that it is in the pictures. His fur has been shaved, apart from his head, his paws and his tail. I think he will be lots cuter once he’s back to his original do! It’s not uncommon in Korea to give your pets this kind of hair cut, or even to dye them ridiculous colours!

Friday night was spent decorating the English Zone ready for Event Week this week. This involves lost of cutting and sticking to try and transform the classroom into something a little more exciting. I managed to slip out before 8, but I know that many of the teachers in the other rooms stayed past 10pm. Afterwards I was so tired that after a BBQ and a game of scrabble with Nick and Chris I was fast asleep!

Saturday morning we got up early. Nick went out to buy breakfast things and came back with the closest thing to bacon that we had seen. This stirred up lots of over excitement as we thought of the endless possibilities of a breakfast including bacon. We settled for bacon and eggs on toast. It tasted so good after not having it for so long!

Afterwards, we headed to BEXCO near the Haeundae side of Busan where the bi monthly comic convention is held. I’d wanted to go to Comic World for ages, but could never find very much information on the dates. I’m not necessarily a comic reader, but had seen that many of the people there dress up so I wanted to go and take a look for myself. I’ll never forget the guy in Osaka who was dressed very impressively in some sort of armor, taking a walk through Osaka castle with his shopping swinging in a plastic bag. It would seem that even comic villains need to do their weekly shop. I’ll share more about that later this week.

We poked our heads into Busan Museum of Modern Art while we were in the area, but unfortunately they were setting up a new exhibition, so apart from the hands on kids corner, there was nothing to see. This didn’t stop Nick from trying his hand at magnet art.

We had built up an appetite, so decided to go for lunch at Shinsegae shopping centre in Centum City. There is a massive market style food hall with lots of different kinds of food, from chicken skewers, sushi and noodles to cupcakes, chocolates and huge baskets of fruit. I couldn’t resist the crepe stall that was there, and went for a strawberry cheesecake crepe. Chris joined me and tried the strawberry cheesecake one. It was amazing, but I couldn’t have eaten another bit of sugar!

By that time we decided to venture to the beach, to meet up with Katie and Alex who were lounging around there. I don’t know how they had handled the heat, it was so hot! The boys went off to their football social, and I went back to Katies to get ready for dinner.

We finished the day at my favourite pizza place in Seomyeon, followed by a red wine in Rock and Roll bar.

I hope that you all had a great time, and try not to laugh at poor Mufasa’s hair! 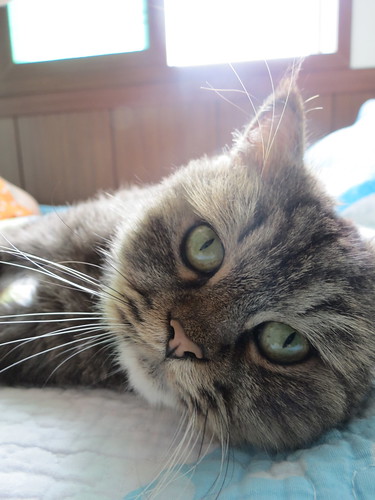 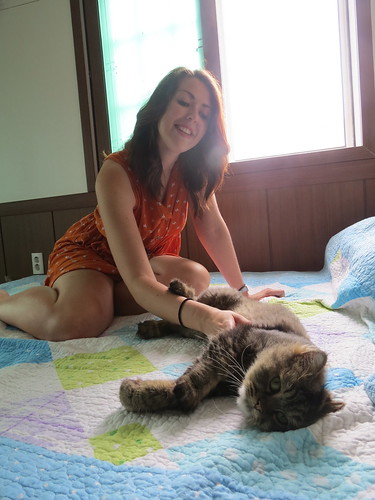 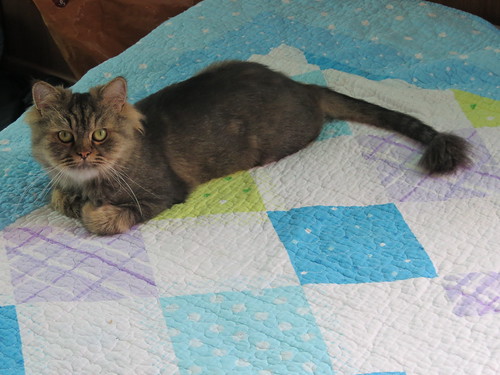 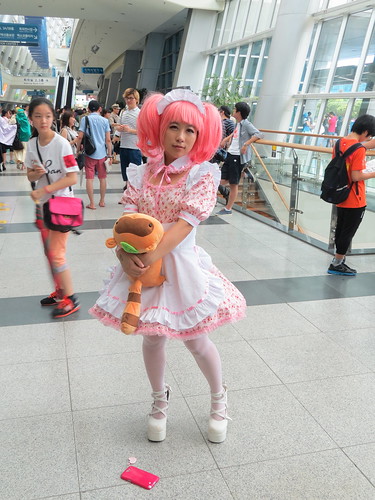 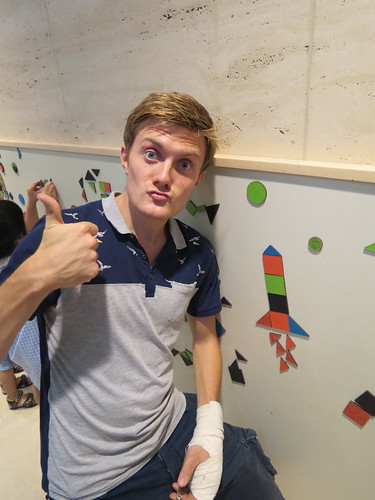 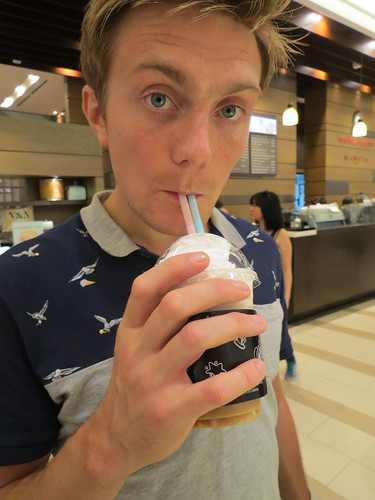 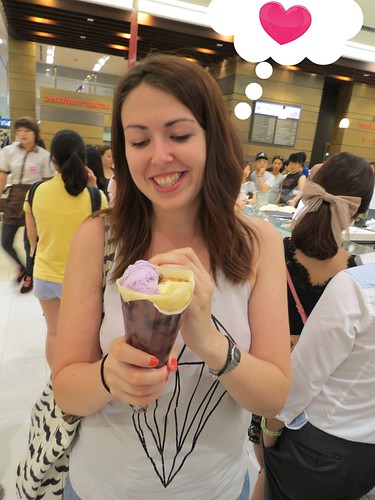 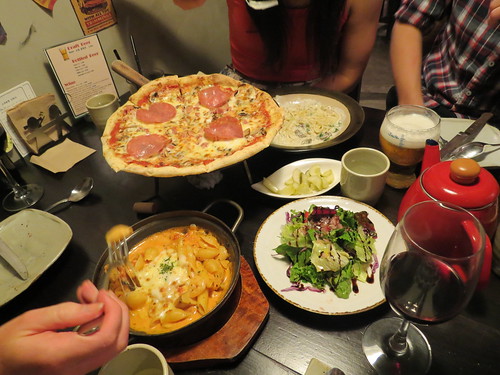