It looks like Occupy City Hall has been successful. Mayor Park Won-soon released this apology on Facebook (TKQ translation). 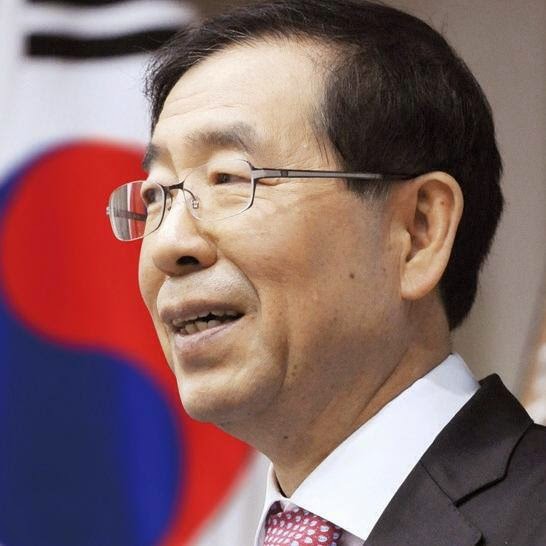 It looks like Occupy City Hall has been successful. Mayor Park Won-soon released this apology on Facebook (TKQ translation).

Furthermore, with a pained heart I think of how I wasn’t able to work with the Citizen Committee through to the end of the process.

Even though I should have been more prudent and engaged myself with more responsibility, I wasn’t able to act in that way, and as such I feel that the scandalous things that occurred during the discussion process are my responsibility.

I confess that throughout my entire life, this wholly improper situation was a difficult and harsh time.

But, on the other hand, it was a time to look at myself. Looking at my life as a citizen activist, human rights lawyer, and my current position dealing with harsh realities as the Seoul mayor, I found myself mediating between senses of duty, sleeping fitfully, and for a while not knowing what to say.

I thought that it was important to use a consensus process to voluntary commit to a social promise, unlike other laws.

I was unable to be in a place to announce Seoul’s Human Rights Charter with the rest of the city.

I know well the dedicated process that was brought forth by the Citizen Committee to derive a consensus. However, even with this effort, I thought we needed more time and needed to have a deeper discussion as a society when looking at the harshness of reality.

I will take full responsibility for this choice.

And here right now, I promise I will make efforts to get rid of existing discrimination.

In opposition to all forms of discrimination, there is no change in the sentiment of  ‘beginning with a heart’ to make ‘a Seoul without discrimination.’

In the spirit of the charter’s words, “Every citizen as a human being is endowed with dignity and value and should not be discriminated against”, I promise to work harder.

From this point forward, it may be more difficult and more time will be needed, but Seoul will continue to be a place where discussions and arguments have the principles of open trust and communication.

For your interests and worries, I want to once more thank you deeply.

Now, Mayor Park, it is time to ask what about an announcement for the charter? How long do we have to wait? Is this just an apology, or will it be followed with actions? Seoul’s citizens are still waiting.