I did a “wordle” of my blog and  was surprised that Rocketman was so prominent which is fantastic especially since today is his birthday.  It was a beautiful day here in Suwon and he had a great birthday.

I did a “wordle” of my blog and  was surprised that Rocketman was so prominent which is fantastic especially since today is his birthday.  It was a beautiful day here in Suwon and he had a great birthday. 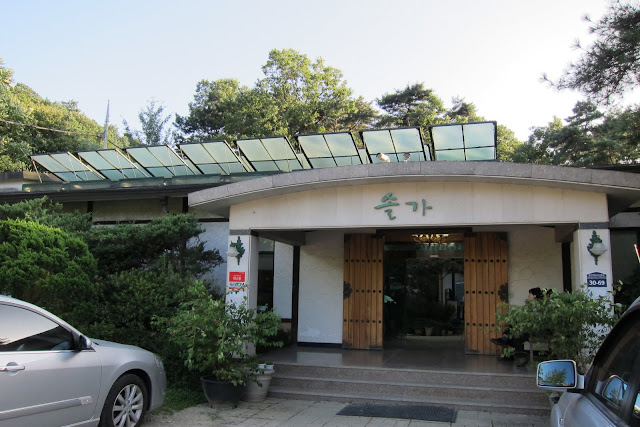 For his birthday, he wanted to go to a Korean barbecue restaurant that we had gone to a few times when we lived in Korea the first time.  It’s only two kilometers from our apartment but it’s way off the beaten path so it’s not easy to find.  Thank goodness for the GPS.  He just had to type in the phone number and we had the directions.  Of course, the GPS froze when we were close so we missed our turn and had to go through a mess of parked cars to get to the right road.  But the good news is that we made it! 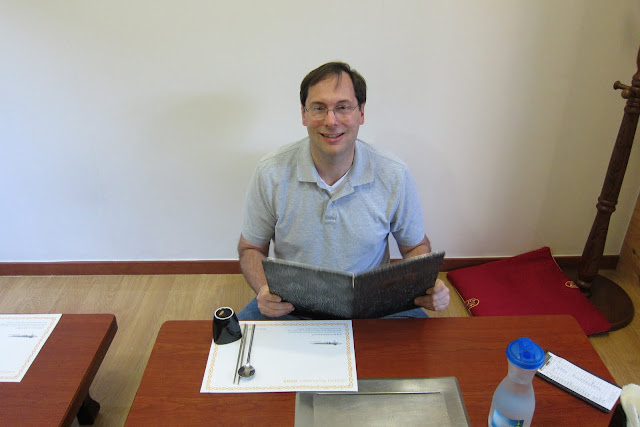 Rocketman is deciding what galbi we want.  We love the marinated kind. 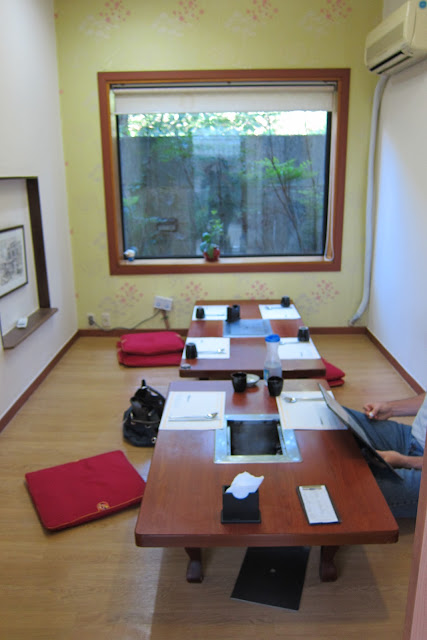 The restaurant is pretty unique.  It is a square with the center open.  This was our room. 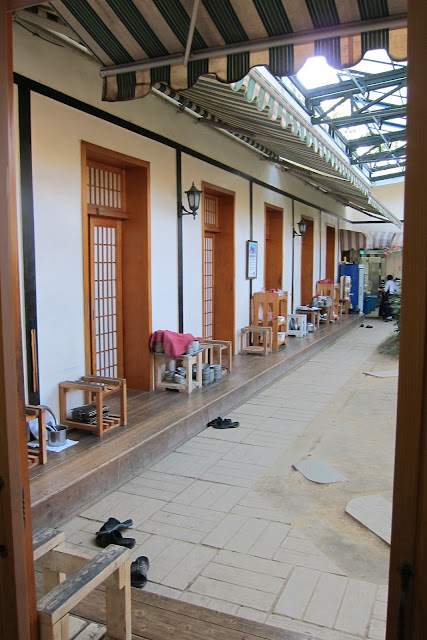 There are many private rooms like the one we were in and a few rooms with many tables so it’s really an intimate kind of restaurant.  You do have to remove your shoes.  We felt so bad for the wait staff because they had to remove their shoes every time they came into our room which was a lot. 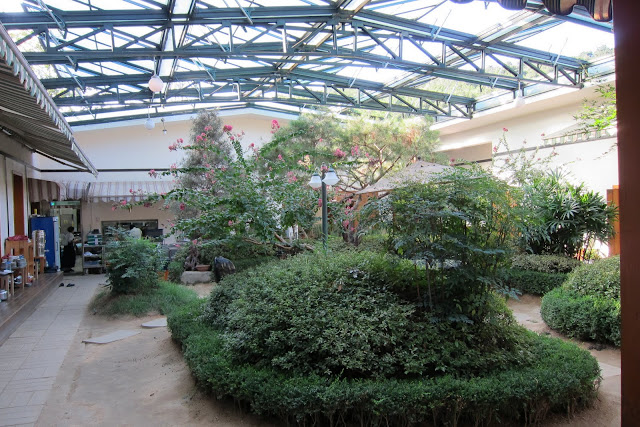 Here is the center atrium.  They had the windows open overhead and it was like being outside.  I remember being here in November and they had heaters going in this area. 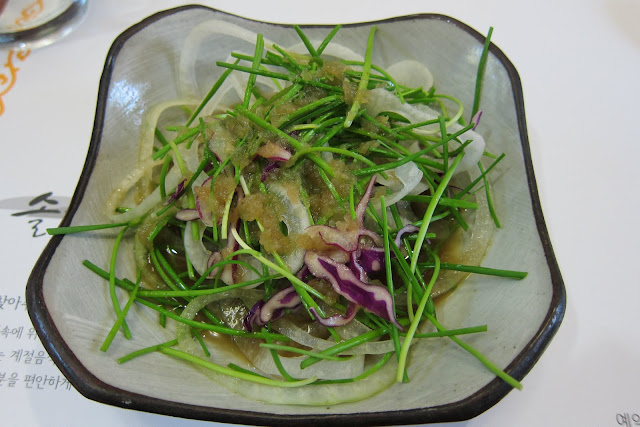 This was the first thing they brought us.  It was mainly onions and Rocketman says you are to eat it but I thought it was to put in the wrap. 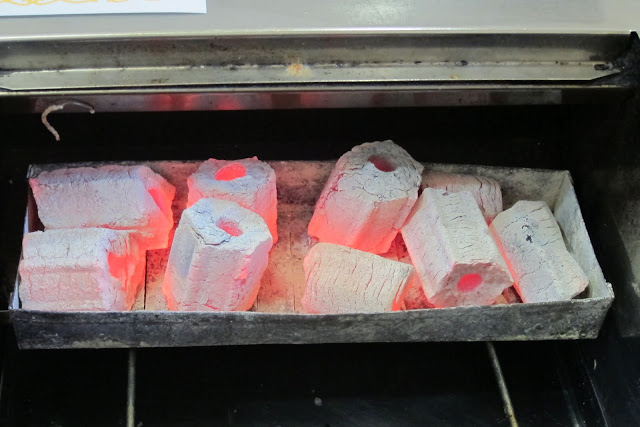 Next came the coals.  Aren’t they pretty?  They sure are hot! 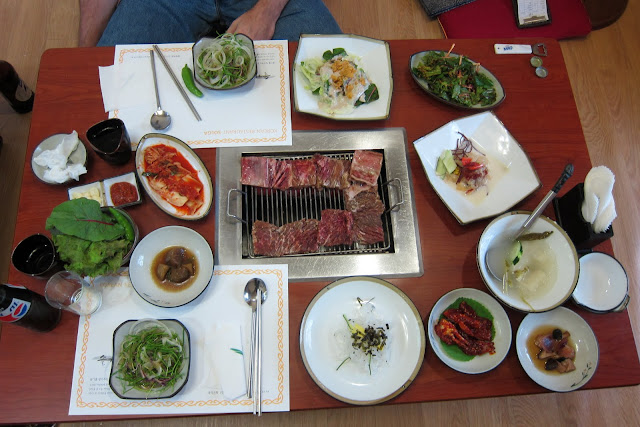 This was a bird eye view of our table.  They wouldn’t let us cook or cut the meat.  They even took the tongs and scissors with them.  They probably thought we didn’t know how to do it.  I felt bad for them because they were always checking on us and the meat.

Here are some closeups of the side dishes: 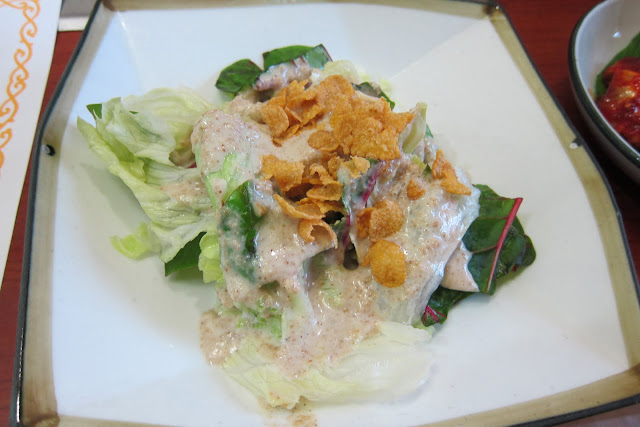 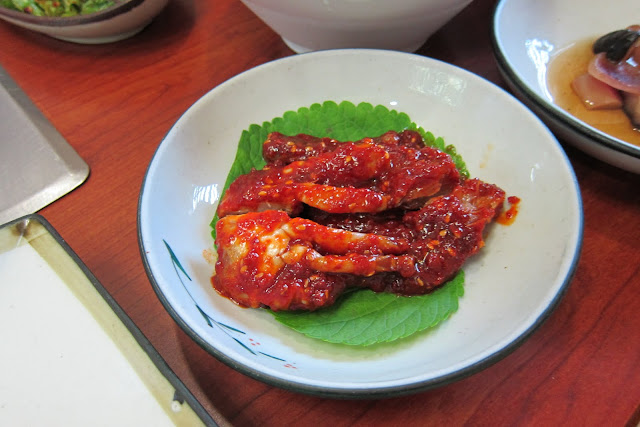 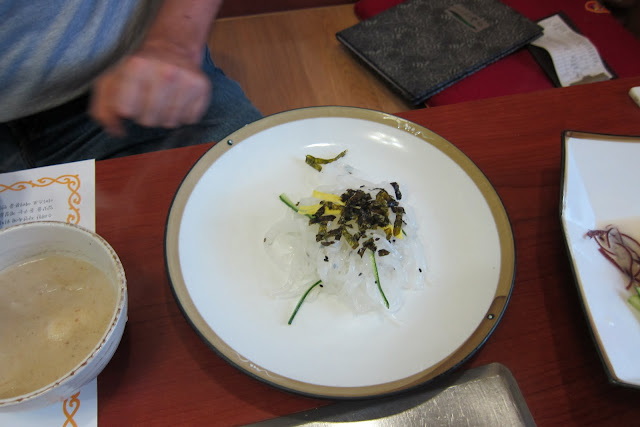 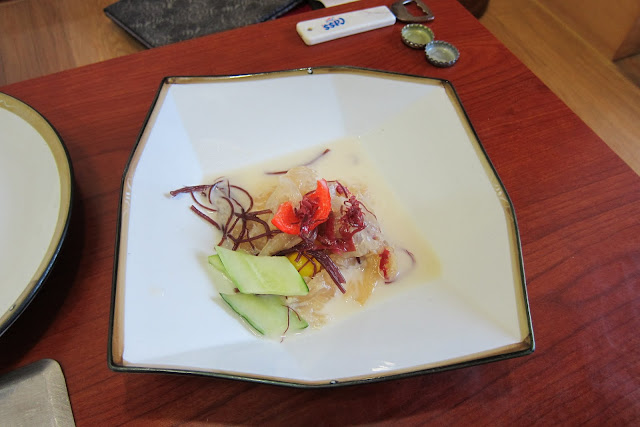 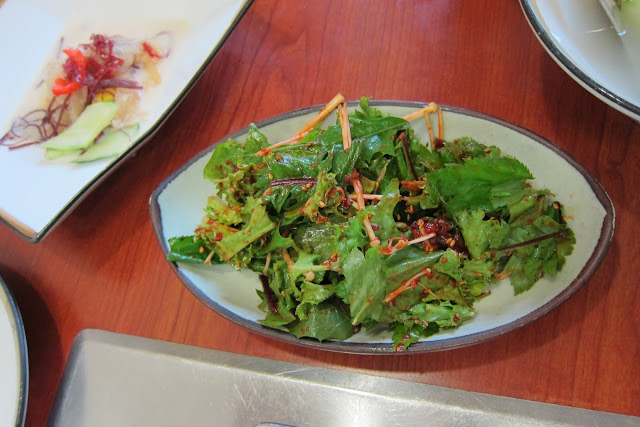 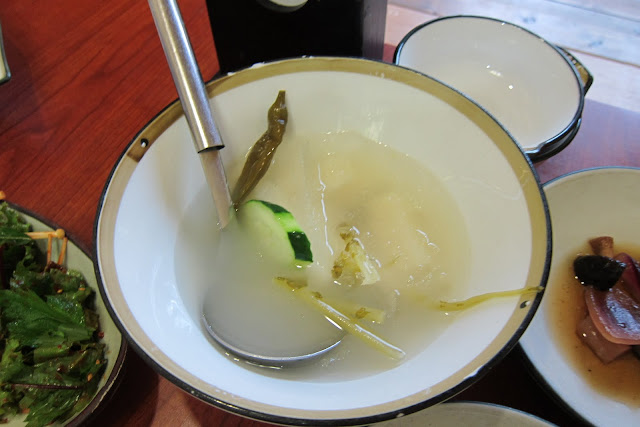 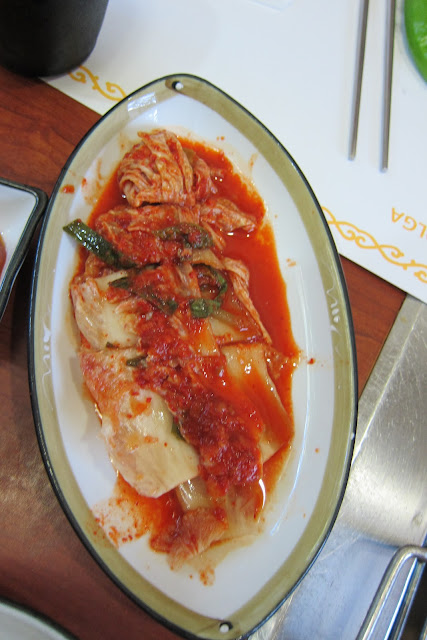 In case you were wondering, yes I did eat all this kimchi and we had to ask for seconds.  I don’t know what it is about kimchi but I just can’t get enough of it. 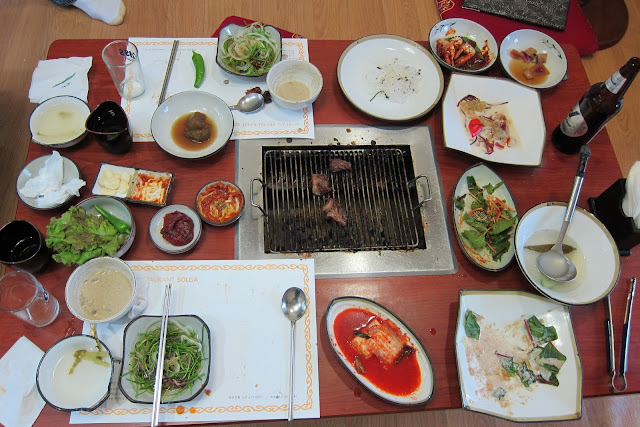 This was the aftermath.  We didn’t even order the main course which is noodles.  When we go with our Korean friends, they always order a big bowl of noodles.  I don’t know where they put all that food.  We were talking about Rocketman’s last birthday and how we never thought we would be spending this one back in South Korea.  You just never know what life has in store for you.