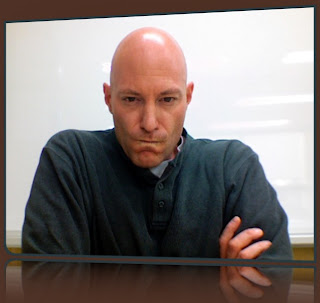 I’m nearing the completion of my third week of “programming” on my YouTube Channel and have found it quite an amazing journey. The best part of which has been going on a series of adventures with Jo in Seoul and around Korea, taking footage, then editing it all together for a product at the end.

I’m nearing the completion of my third week of “programming” on my YouTube Channel and have found it quite an amazing journey. The best part of which has been going on a series of adventures with Jo in Seoul and around Korea, taking footage, then editing it all together for a product at the end.

In fact, I’d say that doing this on a daily basis has been very rewarding to the point that I’m constantly trying to challenge myself to improve the end product. As a result, I’ve been reviewing my older videos and some more of the popular videos on the Internet to get a better idea of how to make them more visually appealing. The effort has paid off, not only personally, but professionally. I’ve been contacted by a few folks to work on projects outside the QiRanger Channel, something I’m very happy to do.

One of these projects was shot over the weekend and will go up tomorrow on my channel. The other will be filmed today for a friend. I love these special project, as it gives me something new to do. In the works right now are also a series of videos that will be shot this weekend, and one later today in the apartment in celebration of Pepero Day (빼뻬로 데이).

I’ve also had to made a few changes to my work-flow. A new folder on my computer’s desktop has been added. It’s the Unreleased folder. Once I finish a project, I drop it in here until it goes live on YouTube. The latter is why I have the angry face above. Part of the new broadcast schedule developed from the metrics I observed when reviewing stats on my videos. I found when I released a video every 48 hours, the views, comments, and subscriptions progressed at a predictable rate.

That was until last week.

YouTube made some changes under the hood and broke the system. It’s nearly fixed at this point, but has been quite frustrating seeing your publishing status sit at 0% for 36 hours. This essentially has the effect of blocking your subscribers from being notified that you have a new video. If it wasn’t for Facebook and Twitter, many people wouldn’t be notified at all that new videos were being uploaded to the site.

That’s a shame, since my greatest joy is interacting with my viewers in the comment section of my videos. It’s great to respond to questions and help where I can. However, at this point, YouTube has a work-around (which oddly enough was the original system of checking the subscription page), but I miss the instant notification of seeing new videos on the main page.

Now, as frustrating as this has been, I still love the site, for where else can I upload content in HD for free?

For those that watch my videos (either on YouTube or when they’re cross posted here), what do you think of the new release schedule? Should any changes be made?

Thanks as always, and if you’re in Korea, enjoy a wonderful Pepero Day!