I love sharing my experiences in Korea with you guys, but let’s face it… my eyes can only see so much. So, to give you a bit of a wider perspective, I am now accepting guest posts on Seoul Searching. I’m excited to announce that the first contributor is Dale Quarrington, Korean temple aficionado and author of Korean Temples: From Korea’s Southeast Corner, with his top three temples in Korea. Check out his post below.

I love sharing my experiences in Korea with you guys, but let’s face it… my eyes can only see so much. So, to give you a bit of a wider perspective, I am now accepting guest posts on Seoul Searching. I’m excited to announce that the first contributor is Dale Quarrington, Korean temple aficionado and author of Korean Temples: From Korea’s Southeast Corner, with his top three temples in Korea. Check out his post below.

I am often asked what my favourite Korean temple might be. And being a bit of a Korean Buddhist temple aficionado, this question is a lot harder than it may seem with thousands of temples and various Orders located throughout the Korean peninsula. I have visited every single province in Korea, including a temple in North Korea, which certainly doesn’t make the decision any easier. If I think really hard about it, I can narrow the list down to a top twenty or twenty-five. But when I attempt to narrow the list any further, the list becomes highly subjective. With this in mind, my top three Korean Buddhist temples would be, in no particular order: Tongdosa Temple, Bulguksa Temple and Haeinsa Temple. So what makes them so special? 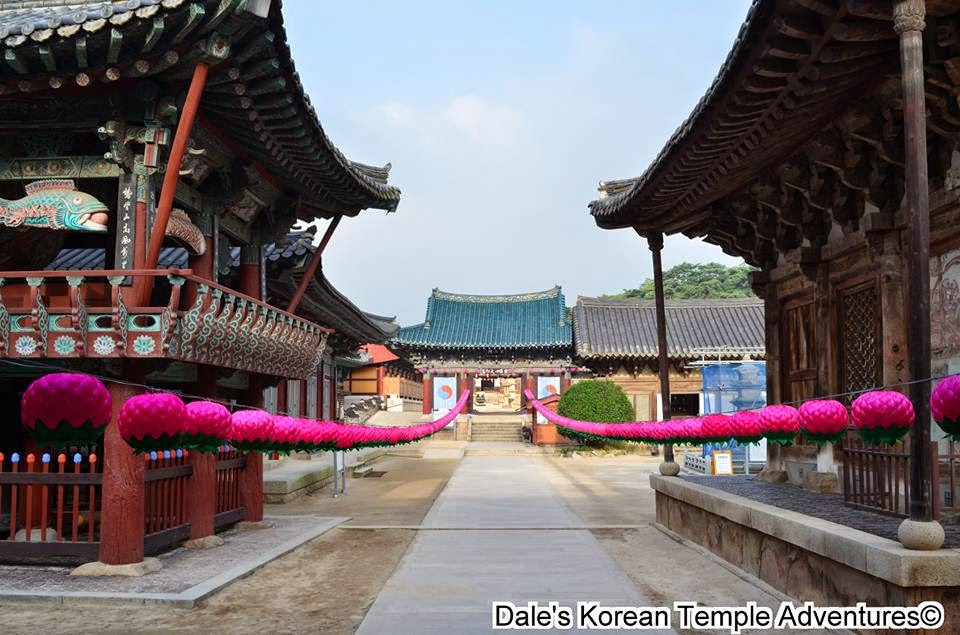 Tongdosa Temple is located in Yangsan, Gyeongsangnam-do, and it’s one of the Three Jewel Temples of Korea. The temple represents the Buddha aspect of the Three Jewels of Buddhism (the dharma, the Buddha and the Buddhist community). Tongdosa Temple, which means “Transmission of the Way Temple,” in English, dates all the way back to 643 C.E., when it was first established by the famed monk Jajang-yulsa.

Tongdosa Temple is beautifully situated on the slopes of Mt. Chiseosan. But what truly makes Tongdosa Temple stand out, besides its numerous and colourful temple halls, is that it houses the partial remains of the Buddha. In fact, it was the first temple in Korea to house the partial earthly remains of Seokgamoni-bul. These remains include the Buddha’s sari (crystallized remains), a portion of his jaw, his begging bowl, and his abbot. It also just so happens to be the first place I dated my wife way back in 2003. 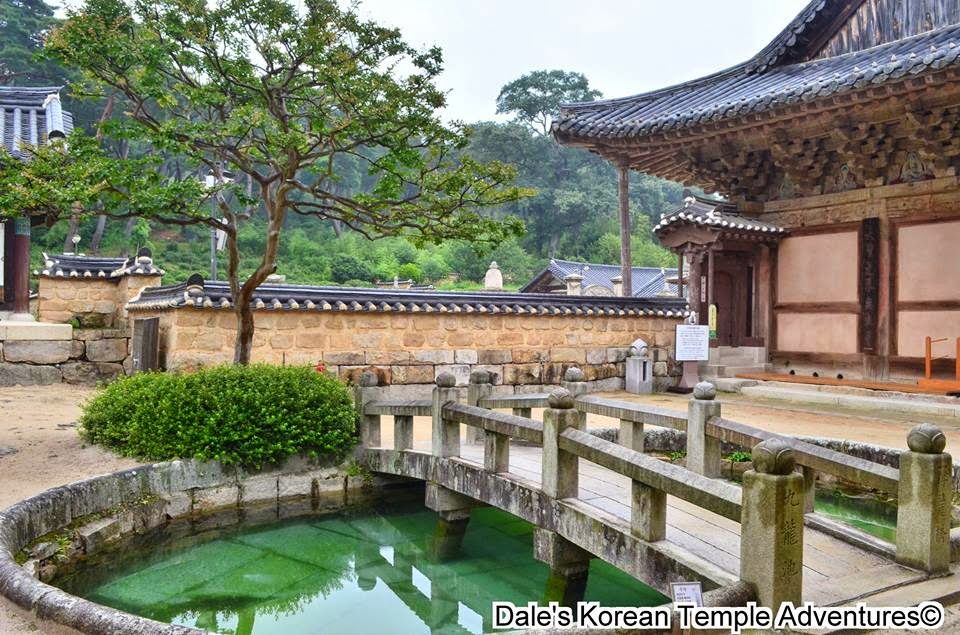 Another on the list is the famed Bulguksa Temple in Gyeongju. Bulguksa Temple, which means “Buddhist Country Temple,” was first established in 751 C.E. (even though a smaller temple on the very same grounds dated back to 528 C.E.). Bulguksa Temple is located at the base of Mt. Tohamsan. And the temple is the culmination and zenith of Buddhist artistry in Korea. In total, the temple houses six Korean national treasures, the most at any one temple throughout the peninsula. It was also designated, alongside neighbouring Seokguram Hermitage, as a UNESCO World Heritage Site in 1995.

Perhaps the most beautiful aspect of this awe-inspiring temple is the front façade of the temple. With its outstretched stairways known as Cheongungyo (Blue Cloud Bridge) and Baekungyo (White Cloud Bridge) to the right and Yeonhwagyo (Lotus Flower Bridge) and Chilbogyo (Seven Treasures Bridge) to the left, they probably make Bulguksa Temple the most recognizable temple in all of Korea. These bridges act as a symbolic gateway from the worldly to the spiritual. But perhaps the most recognizable aspect of the temple are the twin pagodas, Dabotap and Seokgatap; their intricate artistry truly make Bulguksa Temple a must-see. But then again, there is so much about this amazing temple that makes it a must-see. 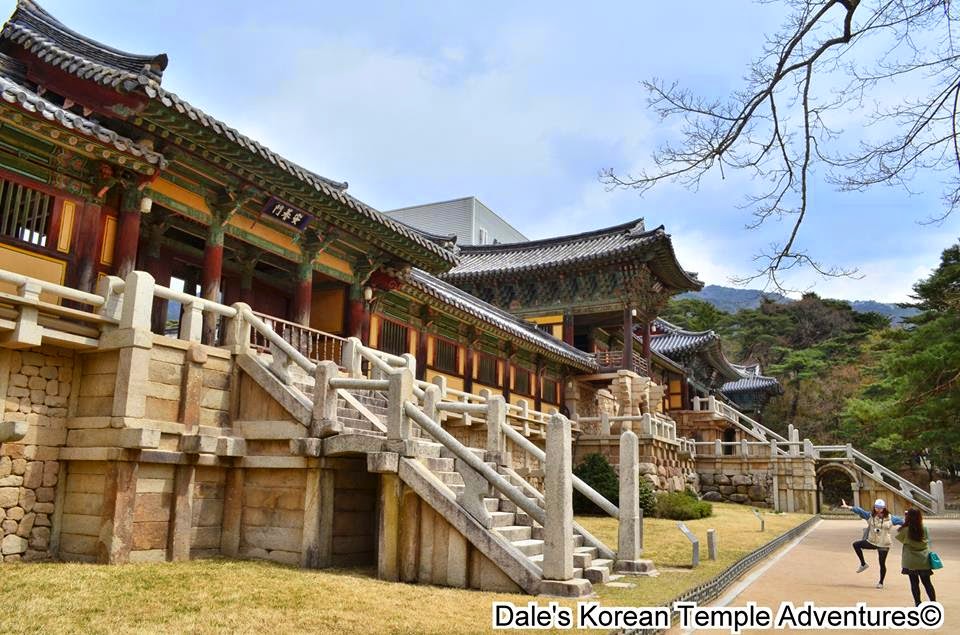 Haeinsa Temple’s true claim to fame is the housing of Tripitaka Koreana’s 81,258 wooden blocks of Buddhist scriptures. It’s the oldest intact version of the text, which dates back to 1251, when they were completed. They are housed inside the Janggyeong-panjeon library, which dates back to 1398, when the blocks first arrived at the temple. The temple, like Bulguksa Temple, is designated a UNESCO World Heritage Site. 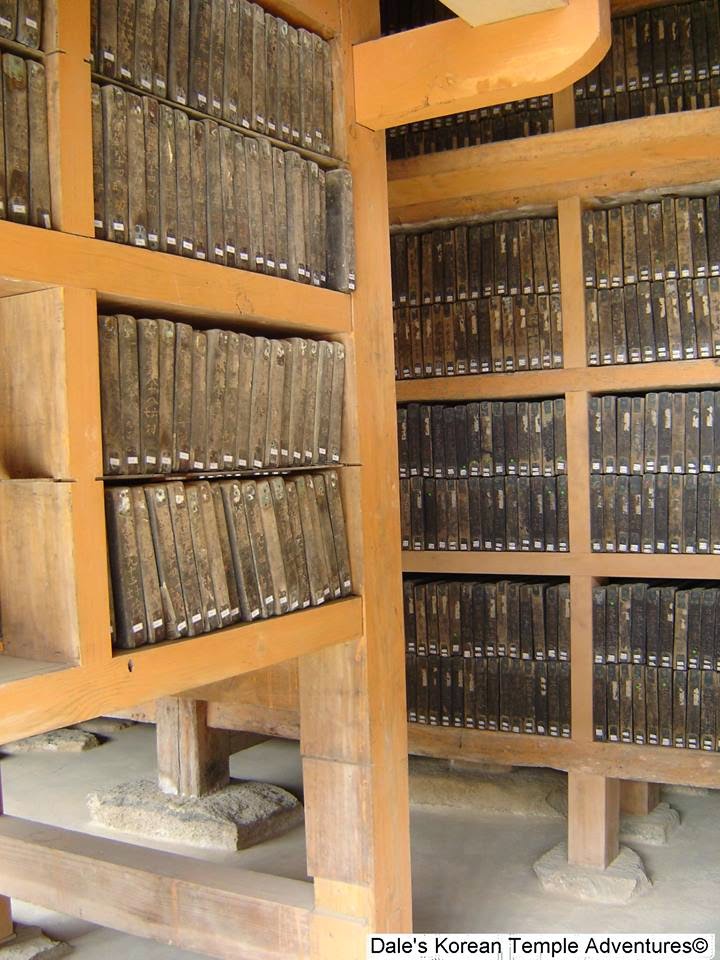 Having visited over 400 Buddhist temples throughout Korean throughout the years, there certainly is no lack of beauty at these amazing houses of worship. And while I could name another twenty or thirty of them, I’ll confidently stick to these three. These temples claim the top three spots for both similar and different reasons; but there you have it, my favorites.

For more information on Korea’s temples, check out Dale’s newly released book – Korean Temples: From Korea’s Southeast Corner. And for even more regularly updated insight and photos, have a look at his website, Dale’s Korean Temple Adventures.