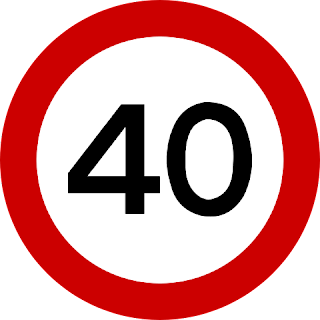 Something that always fascinated me about living in Korea was the strict adherence to cultural rules and laws while at the same time a very loose following of actual state laws and rules.  From afar, it looks like Park Geun Hye is setting about trying to control more and more things through the government, yet it is difficult because as I have commented on before, many laws in Korea are selectively followed.  The country as a whole appears more governed day to day by cultural do’s and don’t’s with significant others providing the watchful eye of a policeman.

It immediately struck me upon returning to the UK and now Australia that the reverse is true; there appears to be fewer consistent cultural rules (although cultural marxism seems to be quite prevalent), but many state rules, regulation, and advice.

Laws around general behaviour are infuriatingly abundant here in Melbourne, and makes me wonder whether the state gives any credit to it’s citizens at all for being able to live their lives responsibly.  A trip to the famous Melbourne Cricket Ground for the Boxing Day Test match reveals this quite starkly.  Every 15 minutes you are reminded of the various bad behaviours that can get you ejected from the stadium and heavily fined on the big screen.  Popular members of the current Australia cricket team are there to dispense the friendly advice.  One shouldn’t: 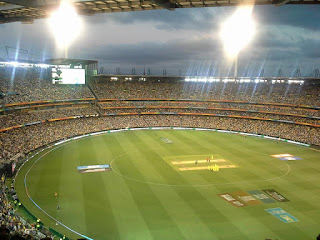 Fine, all are unpleasant and should be discouraged, perhaps with a message at the start of the game.  However, the constant all-day reminders begin to grate on me.  Do people not know how to behave already?  In Korea, it mostly seemed like people did, crowds of people were in many respects self-policed (lucky as the Korean police force didn’t really appear capable of handling big trouble).  In the past, I’m sure crowds at cricket grounds we the same; they sometimes ran onto the pitch, sometimes caused trouble, sometimes had a naughty bit of a laugh.  No one died, no one was ever really hurt, and people laughed often.  There was a behavioural boundary that was well understood and rarely crossed, although occasionally cheekily flirted with, but dealt with in mostly good humour and understood that it was a rare occurrence.  Perhaps because of the social status concerns, most of the bad behaviour you heard about in Korea occurred in the shadows.

The thing is that these rules do actually seem necessary here; people are more childish and more in need of being told how to behave than I ever remember in the UK in the past, and certainly in Korea.  This year I took stock of the number of people escorted out of the MCG stadium by police.  After lunchtime it was staggering just how many people fell foul of these rules, despite being reminded ad nauseam by some of their cricketing idols.

But it’s not just at the cricket ground, rules are everywhere in Melbourne, and on top of that, advice from the government abounds also.

Driving my car in Melbourne is a real note of sourness for me, in fact having a car in general is a nuisance.  I feel like I come into contact with state laws far more often. Driving is still a useful convenience, but it’s like I have a camera on me all the time, just waiting to pounce on any trivial mistake.  I don’t think this is what law enforcement is all about.

I have had 5 speeding fines in Melbourne in 6 months, the first (and worst) written-off as a first offence.  I never had one in ten years driving in the UK.  All the fines came in two places, both of which were three lane carriageways and the limit only 40km/h, pitifully and unnecessarily slow.  Melbourne has changes in speed limits all over the city, often recently devised with road signs changed regularly, and new speed cameras craftily placed.  It can be very difficult to keep up with.  Make a mistake once, however, and you are unlikely to learn from it until 3 weeks later when you receive notice in the post.  In those three weeks, if you drove down the same road you are very likely to be fined again and again and again.  Speed cameras are not noticeably marked and do not conspicuously flash.  You have to wonder, if you don’t learn from your mistakes until three weeks after, what job is this doing protecting the public (the stated reason for speed limits and cameras)?  If it were so dangerous going over 40km/h in these areas, then surely 3 weeks of making the same mistake, might cause an accident in that time.

Luckily, I drive rarely, preferring to bike (still managed to get my fair share of fines though, in a small number of car journeys).  Some people I know, however, I have been stung by these fines and points on their license extremely badly, and no one I have spoken to has a clean license (and I moan about this often to many people, you’d be surprised to hear).  I think it is safe to say that for many low-wage earners, they are likely to pay far more in speeding and parking fines (the parking is overly-complicated too) than they pay in tax over a year.

TV adverts constantly paint the police as around for the benefit of public safety, especially on the roads.  Anti-speeding adverts ask, “How many deaths on the road are acceptable each year?”  When a man says “I don’t know, maybe a 70?”, 70 of his friends and family walk around the corner looking somber and teary hugs are the result.  None is the correct, and very unrealistic answer.  Anyway, how is constantly looking for roads signs and taking your eye off the road to check your speedometer on fast roads, with unnaturally slow speed limits, going to reduce accidents?  This is unrealistic, touchy-feely idealism, supported by the government for one reason and one reason alone; it makes them a tremendous amount of money.  It’s not about saving lives, it’s about convincing the public that all the speed cameras and fines are good for them.  Fear drives it, because at the end of the day, you don’t want to be the one seeing your child’s body being peeled off the tarmac.  Families buy into this lie the most because of this very natural aversion to the possibility of their child being in danger (this is a topic I will return to at a later date).

There are even 10km/h speed limits through a park that I cycle through every morning (I run/jog faster than that!).  Adverts on the TV say, “Don’t drink and drive”, “Don’t take drugs and drive”, “Don’t speed”, “Don’t drink and swim”, “Wear sunscreen”.  There are so many more.  Is it that necessary to treat everyone like a child?  If it is, what’s happened to society?  I don’t remember everyone being this irresponsible.

Ben Fogle ‏@Benfogle  2d2 days ago
We’ve been warned not to throw sticks for our dogs to prevent injury? I’ve thrown sticks for 35 yrs without a problem. Have sticks changed?

Above: An example from the UK on Twitter, while taking a break from writing this.  Can’t imagine such concerns in Korea.

I know many of you will be thinking that this is all good advice, but I feel saturated by it.  I never once experienced this feeling in Korea, except when I was with my wife’s family, where advice was dispensed on an almost minute by minute basis.  This was equally annoying, however innocent mistakes were met with initial annoyance, but then understanding.  Mistakes here equal money for the state government and they will contrive every which way to make sure you pay up.  They will wack a fine or a service charge on basically anything, leaving no stone unturned for the accruing of public revenue.

Of course, this is a moan born of the frustration of receiving too many large speeding fines for only just exceeding the limits ($190 for only a 5km/h mistake), but I think this is all a bit symptomatic of too much state involvement in the life of perfectly reasonable, otherwise law-abiding people, and also shows the lack of responsibility many people in Western countries appear to have (at least in the two I have lived in).  I do think the political trajectory over the past couple of decades has encouraged this lack of responsibility in people and is damaging our culture as a whole (again a topic for expansion on another day).

What’s interesting is that I much maligned Korea as a place devoid of following logical laws and procedures with regard to safety, never more highlighted than in the Sewol disaster.  But that’s the frustrating thing, the lack of middle ground.  Is it possible to have this middle ground, or is it inevitable that with time the prevailing cultural opinions of the masses will lead things this way?  I never used to think so, I perhaps naively thought that if enough people went to different parts of the world and brought back with them the knowledge of how things are done better elsewhere, that change for the better of everyone would occur.  My experience, in England and now Australia, is that this rarely happens, and when it does it is usually quite trivial.  No significant changes in culture, or the way a country is organised, ever seem to truly occur.

All this has perplexed and depressed me for sometime now, with any luck I’ll be pleasantly surprised in the future, but experience has taught me not to hold my breath.