I’m (we) are finally in Japan, my sister and I arrived in Narita at 6am after what I felt was the longest flight ever! 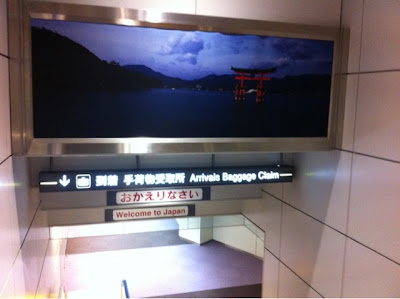 I’m (we) are finally in Japan, my sister and I arrived in Narita at 6am after what I felt was the longest flight ever!

We started this journey on July 29th at 11:30pm in Mexico city with the 1st flight from Mexico City to Tijuana, we were supposed to be there only 40 minutes and those 40 min became 2 hours, 2 hours were none of the passengers were allowed to get off the plane or even get up because they were charging combustible, after that new passengers boarded and sorprisingly the flight was almost empty, the flight attendant said there were only 80 passengers O_o, for an international flight like that I was kind of shocked, I always had the idea those kind of flights were always packed (after all, there’s only 3-4 flights to Tokyo a week), around 4am (Mexico City’s time), we started the 11 hour flight to Narita, those were the longest 11 hours ever, I slept, watched G.I. Joe (twice), Breakfast at Tiffany’s, Friends, The Big Bang Theory, ate 3 time, slept some more, watched another movie (It felt like G.I. Joe for the 3rd time), changed seats, changed seats again, walked around, listened some music and after that, we arrived at 6am, we got off the plane and it was HOT, and when I say it was hot I mean freaking hot and humid, my hair became a mess in a minute, my face was melting and I was carring a 7Kg backpack + my handbag, when we checked-in in Mexico City, the guy told my sister and me that Japan was sort of like the U.S when it came to migration, clearly this guy has never been in Japan, they were the nicest at migration and Costumes, the guy from Costumes made me take out ALL of my clothes from my backpack (Did I mention this backpack ended up weighing 20Kg??) because he thought we were only staying for 5 days, until we told him it was 5 WEEKS and that’s when he allowed me to put everything back, then it came the uncomfortable “body check”, yup, like those on “Locked up abroad”, if you don’t know this show, go ahead and check an episode, cuz I can’t even type what she did to me (lol), funny thing is, I didn’t even have time to warn my sis about it haha. 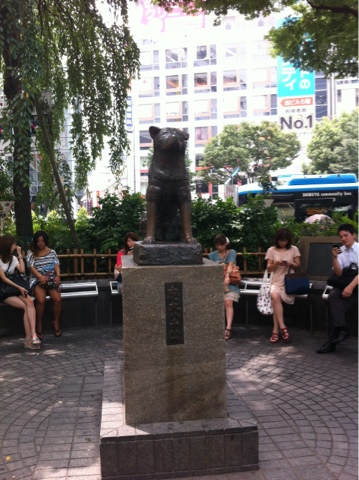 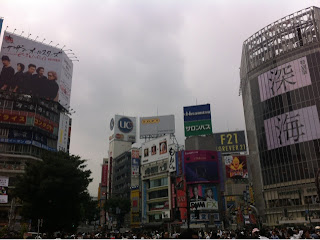 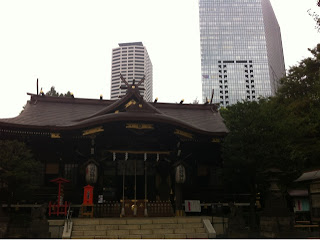 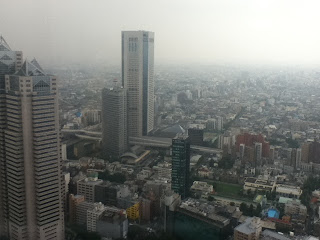 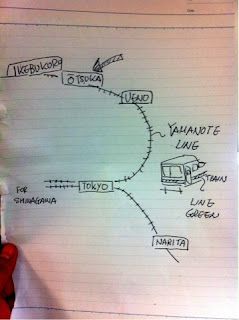 We then were directed to the basement to buy the Narita Express pass and our Subway card, of course, us being so ignorant, went into the wrong Car #, wrong Seat (we didn’t even know the seats were assigned already), we finally found what we thought were our seats when a man came to us and told us we were in the wrong car, us being in car #10 when our ticket “clearly” said #1 (I know it’s sort of our fault for not knowing Japanese, but the lady at the ticket booth could’ve told us!!), anyway, this man allowed us to stay there and after much hesitation we ended up asking him if he knew our way to our Hotel, he gave us perfect directions and then came back to us with a Map he drew for us, when we finally arrived at Tokyo Station, we grabbed our 30kgs (each) of baggage and changed to the Yamanote Line all the way to Otsuka station, got off and found the openning for a 7/11, everyone who knew about this trip told me I had to go to a 7/11 in Japan, and so we went, got one of those papers with promotions and when we payed our drinks, the cashier took the paper back and gave us a pack of Chocolates for free!!! Yay!!, how can I not love Japan if people draw maps for you, they give you free chocolates, free tissues (For real!! this was outsite Otsuka station haha), we went to out Hotel (Tokyo Super Hotel) and left our baggage because check in wasn’t until 3pm (bu!!), so we went back and took the subway to Shinjuku to visit Tokyo Metropolitan Government building to check out their Observatory on the 45th floor where we met the cuttest coolest grandpa volunteer!! (we also loved him) then we visited the Shinjuku Central Park and after resting for a little bit, went back to the subway and off we were to Shibuya, where we of course went to see the Hachi-ko statue (only because we cried with the movie!) and then to the famous crossing (neither me or my sis recognized it…lol), walked around for a couple of hours, got an iced coffee at BK (we didn’t find a good coffee place 🙁 and Starbucks is WAY too expensive here), chilled for a bit and went back to the subway were we got lost (yay!!), finally arrived around 3:30 at the hotel, checked in, came up, took a much needed shower and went to get some food, we got this amazingly huge bowl of Ramen for 600Y!, walked for a little bit, went to the 100Y store (Like the dollar store), then to another “gourmet market” were we got Ice cream!, back to the hotel for some coffee and then we got to choose our pillow out of 7 diferent kinds, got some free goodies (Face masks, foot relaxers, etc etc) and tthis is how I’m calling it a day, at 9pm on August 31st…. I can barely have my eyes open, I’m too tired to be true and we already have a full day planned for tomorrow. 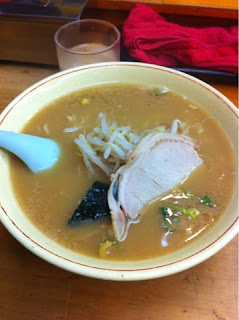 By the way, when we finally came up to our room, I got scared becaused I plugged in my computer’s cable onto the outlet but my computer wasn’t charging….. until I realized I didn’t plug in the cable onto the computer…DUH!!! lol

Anyway, I guess this was a good start for what will be a 5 weeks stay in Japan, wasn’t it?

P.s. I’m so sorry but the pics are not in order, blogger is acting out and its not letting me edit the photos 🙁