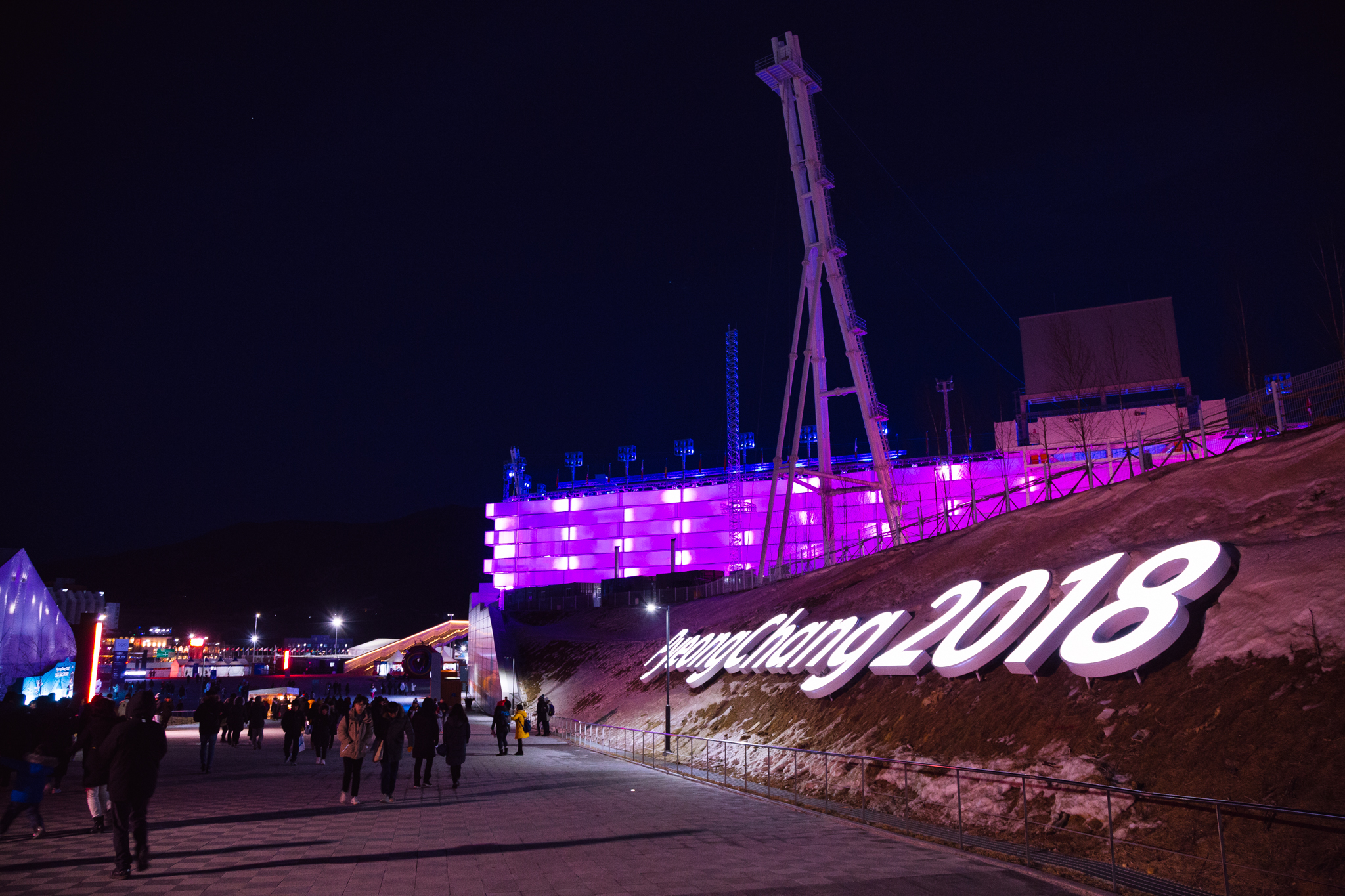 I got the idea for this post as I sat in the lobby of the Seamarq Hotel in Gangneung, South Korea. With most of my editing done, I just started to people watch and listen in on people’s reactions to my second home. I was shocked at how little people knew about Korea. This country is one of the hidden gems of Asia and it is often overlooked by vast majority of travel and landscape photographers. With that being said, there are a ton of people coming to view and photograph the games. Here are a few things that you should know.

One of the challenges of these games are the locations of the events. During the ’88 Olympics the bulk of the games were in Seoul. This made it a lot easier to reach the sites and get around. Now, you have to take in the fact that Seoul is not the city that it was in 1988 and these games are the winter games.  Having the games in Seoul is an impossibility.  However, having the winter games in one of Korea’s premiere ski destinations might have seemed like a great idea on paper, it is now causing  a bit of a transportation headache. Not to mention that the games are taking place over Seollal, the Lunar New Year holiday when transportation usually is a nightmare.

So keep that in mind when you are travelling out to the games. There are shuttle buses running during the day time but few after the later events. Plan your trips accordingly and make sure that you have a plan b if your events runs until late. I was shocked to find out that the hockey game I recently attended did not finish until 12 am. Fortunately, we had secured a bus to get us to and from the venue. For others, especially tourists and others wanted to photograph the games, you should double check your schedules.

The positive side of things is that it is bringing people out to a part of the country that many tourists would have normally skipped. The issue is just the intensity of the games and the possible toll that it might have afterwards. With all of that being said, in my opinion Gangneung is a great place and I am happy that there is more infrastructure to help with future tourism projects. The infrastructure that is now in place could bring more people out to the area which could help local businesses. To get back to Seoul, use apps like Korail Talk to book your tickets in advance. It is available in the app store and on google play.

The games themselves are interesting as the eyes of the world and their cameras have descended upon Korea. They games are a spectacle but sadly corporate on many levels. With regards to photography, many of the events have controlled photography down to basic snapshots and selfies.From the time that you walk into the games, you will see a spectacle of lights, sports and pageantry. Yet, companies like Getty Images are doing everything in their power to limit photographers from making any creative and/or quality images beyond snapshots and selfies. Leaving only accredited and/or Getty photographers with tripods and lenses capable of capturing the games from anywhere they want.  While I understand their position (they want to make money) they shouldn’t be going after people who followed their rules. Perhaps I was mistaken in the fact that I thought that the games were there for the people to enjoy and capture memories of the games.

That being said, I was pleasantly surprised that there was a certain level of mobility which did yield some great shots of the venue. So if you are willing to push the limits a little bit, you can get some decent shots but not like the ones that the accredited photographers are getting. Many of the guys that I have talked to from local photo clubs seemed to have an idea that they can get top quality photos from the stands. With the restrictions in place, it makes it pretty tough. Although, a 70-200mm would be a good choice if you are wanting to try. Just keep in mind that at the olympics, pro photographers are there to do a job and that is the reason they have the sleeves and the accreditation. Spectators are there to watch the games. Interfering with either of those two groups will get you into a bit of trouble.

After  having a the cinemagraph from above removed due to copyright violation, it makes me wonder about how corporate the games have gotten. What I saw from the stands and from reading the material provided to me was that companies like Getty Images are actively clamping down on non-accredited photographers. We all know that shooting from the stands will not yield anything better than what the photographers along side the events are getting. We also know that live streaming footage is also not cool. However, combing through instagram and removing images and cinemagraphs is just petty. So do be aware of that when posting video clips of the games in whatever form you choose. 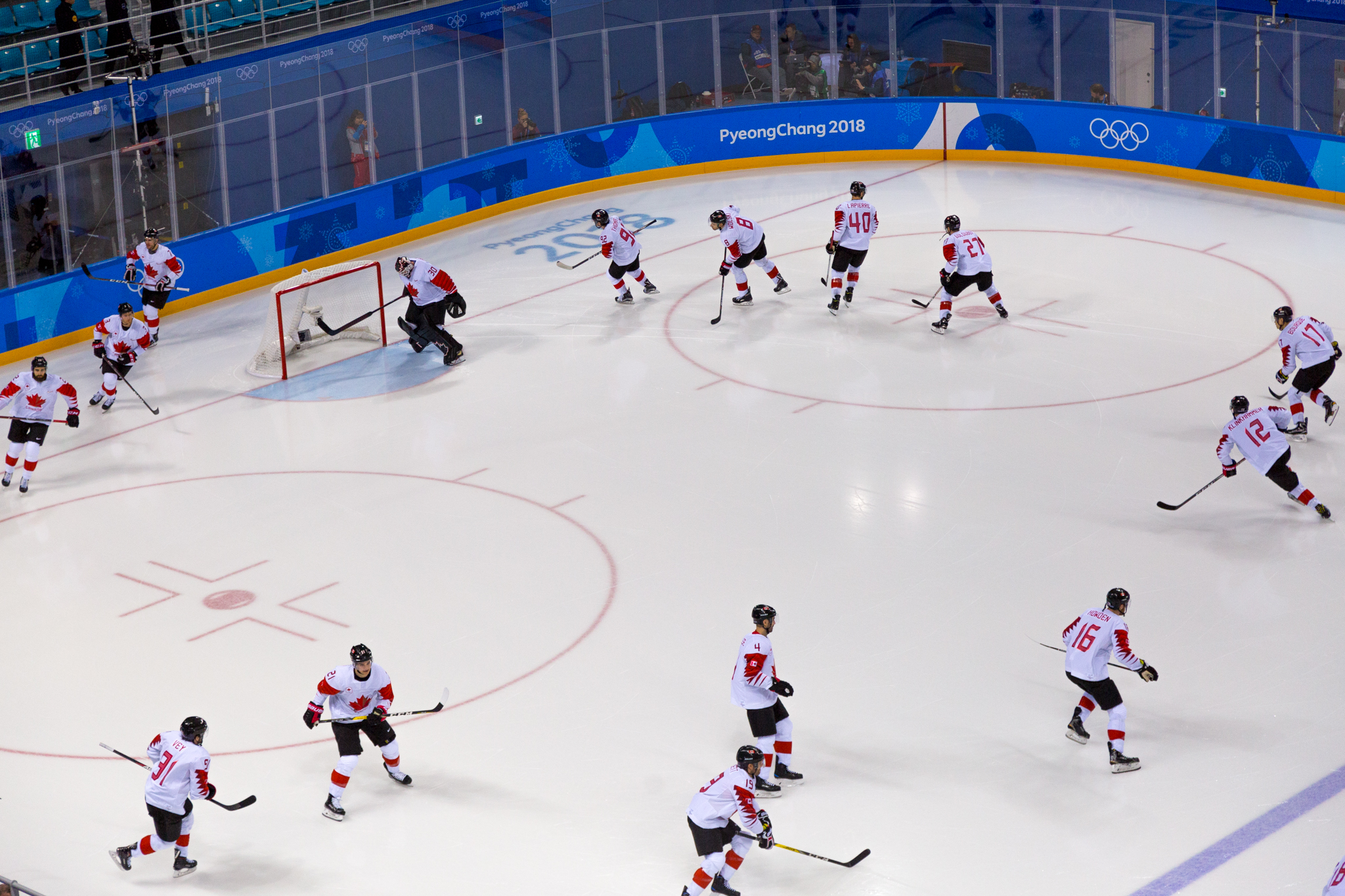 One of the things that shocked me the most was finding out that tripods are banned pretty much everywhere. From the Olympic Park to the venues, if they see you using a tripod, you will be asked to leave. When my gear when through the scanner at the gates, I was warned (in a very friendly manner) that I couldn’t use my tripod. I had it in a bag and thus promised not to take it out. I had a mini tripod that seemed to go unnoticed and I managed to get so ok shots with it. Using a platypod or some other type of plate that will stabilize your  camera and not make a huge footprint would be optimal at the Olympic sites.

The other thing is that you are limited to lenses under 300mm. So that idea that you had of renting that giant white canon lens and shooting from the stands might not go over as expected. Again, I feel that the 70-200mm would be a great choice. I brought my 34-105mm because I knew that from where we were sitting, the shots like the one above would look off. Also, I did not want to carry that beast around for the whole day.

4. Travel outside of the Games

Korea has a lot to offer and thus, I would highly recommend taking sometime to check out the sites around Seoul and the Olympic sites. While many people come only for the games, I truly feel it is a missed opportunity to only see the games. There are so many places for you to check out around the the area. The coastline and the pine forests are great. Use your Korail Talk app to get a ticket down to Busan and see what the rest of the country is like. The thing is that from the blogs that I follow, it seems many photographers are not that interested in anything outside of the games and that is a shame.

Also, I found that the area around Pyeongchang and Gangneung to be very steeped in the Olympic spirit and to truly get a taste of Korea, you have to get away from the games a bit. One of the things that makes Korea awesome is the fact that you can get pretty much everywhere by bus, train, or KTX (bullet train). This means that you can plan some day trips to some great spots without sacrificing too much time. Not to mention that the coastline is perfect for sunrise shots. head even down the coast line a few hours to Pohang to catch some cool sites. 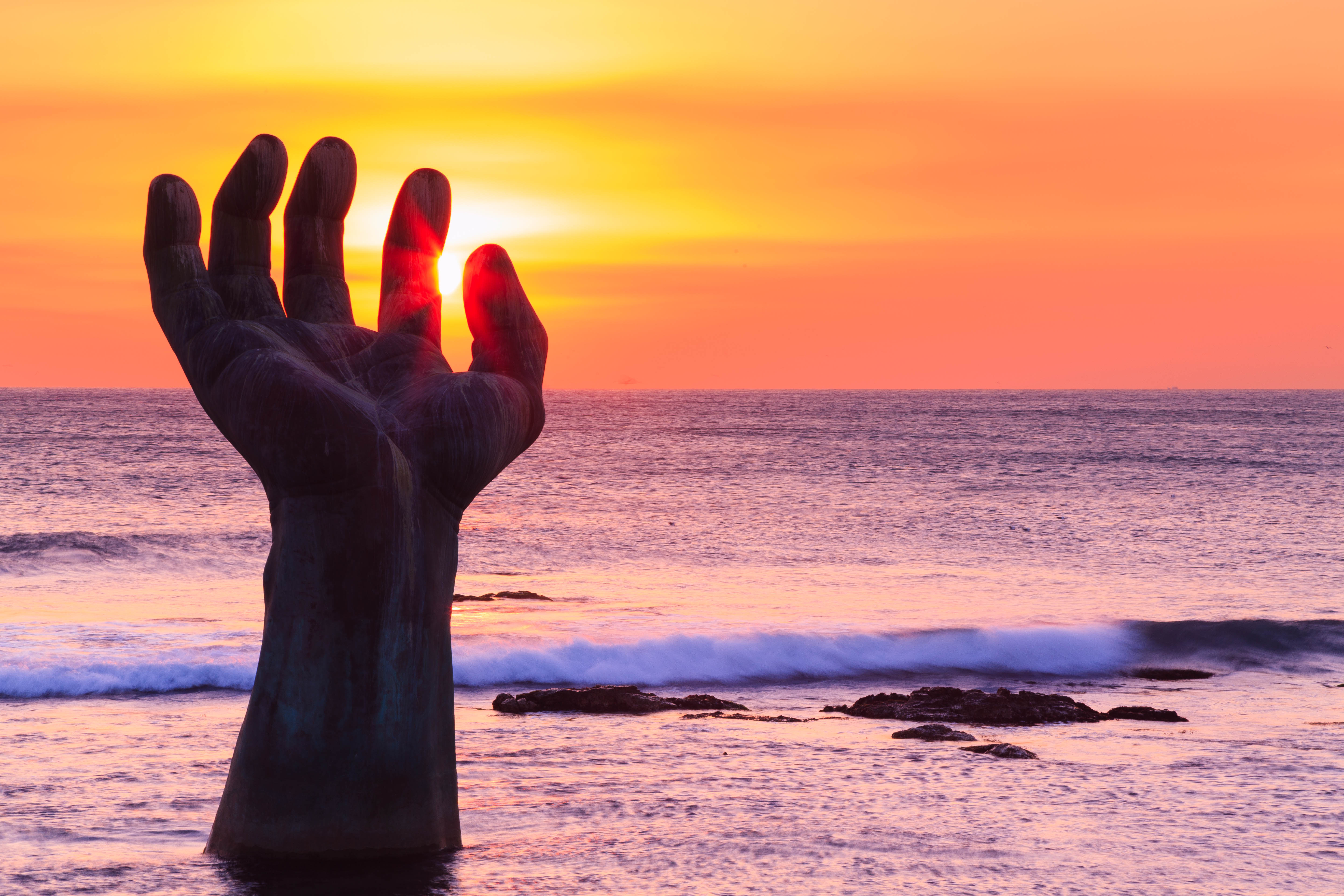 One of the best things about South Korea is the speed of their internet. Why I bring this up is that when I talked to many people about coming to the games, they were worried about connectivity and how fast the internet was. They must have been mistaken because South Korea’s internet is second to none. This means that when you are upload images, you will not even break pace. To add icing to the cake, many cafes and restaurants have free wifi. Meaning that you can get you work done as you eat some great food. As I travelled up to the games, I noticed even the train stations had small “business centres” that had a desk and a scanner of all things. So make use of the public spaces to get those shots edited and uploaded. 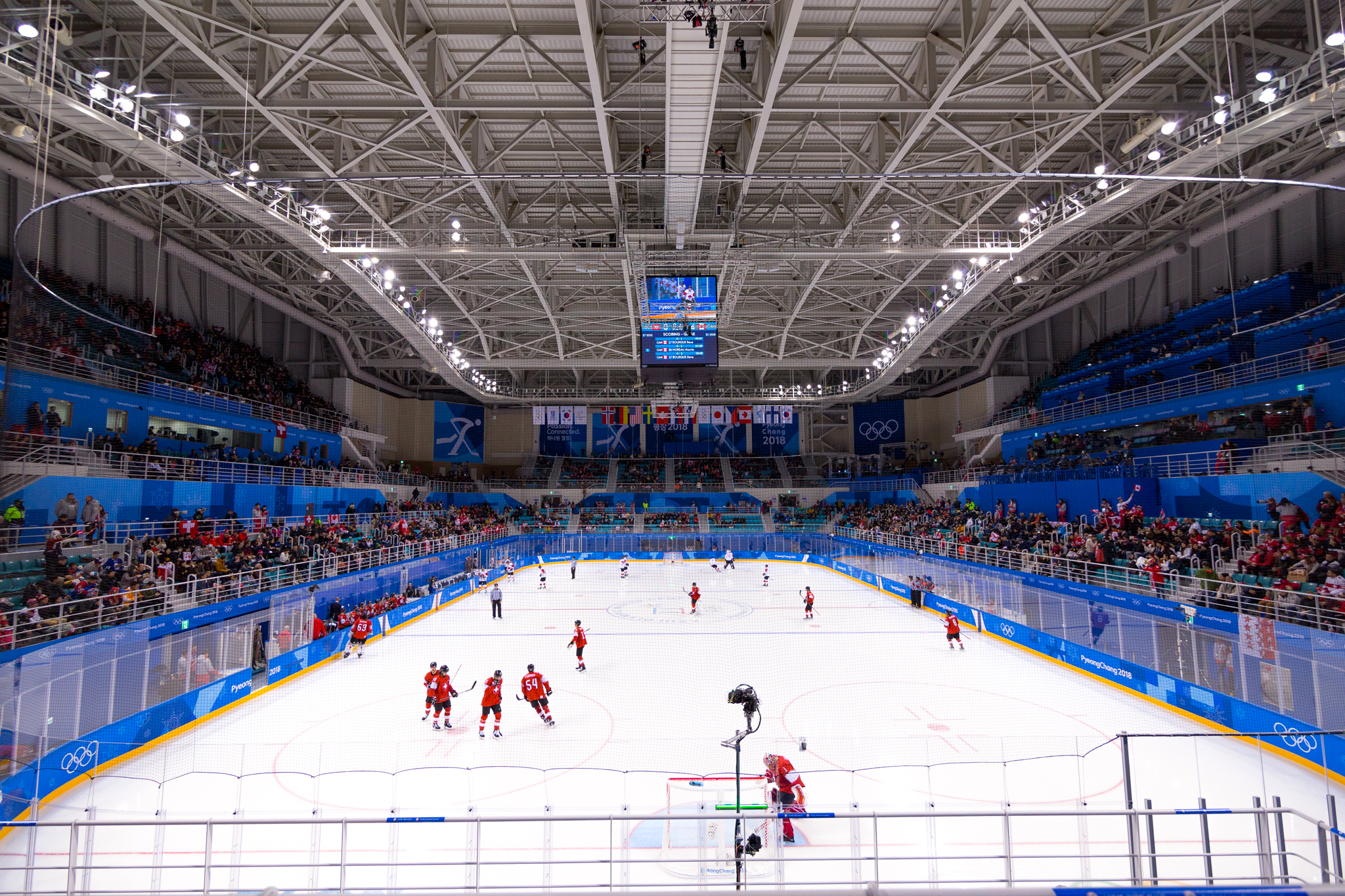 Talking with visiting photographers and tourists alike, many were struggling with the language barrier and taxis. Two of the best apps to get around this are Papago for translation and Kakao T for taxis. The reason that I recommend these is that they are both native apps to Korea and have a preference for Korean. Meaning that many Koreans have them on their own phones and are familiar with them. Kakao in particular is extremely popular in Korea.

KakaoT (apple  google ) allows you input your destination into the app and it will assign a driver to you. Thus, making sure you get to where you are going without any confusion. Here is a great guide to get you sorted out on the ins and outs.

Papago (apple google) is a translation app owned by Naver (Korea’s google). This app is perfect for translating all things Korean (and Japanese too!). The power comes from one of the features design to hand off your phone to a Korean speaker and back again. Meaning that the screen is separated into two sections one for the English speaker and one for the Korean speaker. It can translate voice, text and images. This is perfect for getting around and I have found that while the image translate is not that great, the voice translation is usually spot on.

The post 5 Things Photographers Should Know about the PyeongChang Winter Olympics 2018 appeared first on The Sajin.