It’s hard to believe that 2012 has come and gone.  By the looks of things on Facebook and other social media sites, it seems that most are glad that the year is over, hoping for a better 2013.  For me, I’m a bit sad to see it go.  It passed by far too quickly and it was full of exciting outings.  Sure, there were some tragedies, but I’ve come to learn that these things are necessary to appreciate the good times.  So, without further adieu, here’s a look back on my 2013. 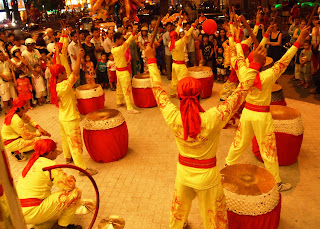 January
It’s hard to believe that 2012 has come and gone.  By the looks of things on Facebook and other social media sites, it seems that most are glad that the year is over, hoping for a better 2013.  For me, I’m a bit sad to see it go.  It passed by far too quickly and it was full of exciting outings.  Sure, there were some tragedies, but I’ve come to learn that these things are necessary to appreciate the good times.  So, without further adieu, here’s a look back on my 2013.

The first days of 2012 wrapped up my annual trip home visiting family and friends, exploring my own southern roots and culture, and celebrating the holidays.  I hopped a plane to Vietnam, with hopes of getting a job teaching English and seeing what life in Southeast Asia was all about.  I was often awakened by firecrackers, dancing dragons, and drum processions as Tet (or Chinese New Year) rolled in and shared beers with complete strangers eager to start of their new year with good luck on their side. 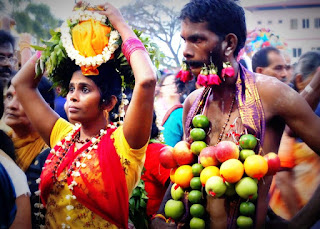 I flew out to Kuala Lumpur, Malaysia in early February to participate in Thaipusam, a Hindu festival.  I spent a day at the Batu Caves and watched chained, hooked, and speared devotees carry heavy structures up hundreds of steps in worship.  I ate a lot of delicious food influenced by the Indian, Chinese, and Malay cultures that make up the melting pot that is Malaysia.  A day trip to Malacca was also on the itinerary before heading back to Vietnam.  Soon after my return, I enrolled in a TESOL class to become certified to teach English, despite the fact that I had already been doing it for a few years. 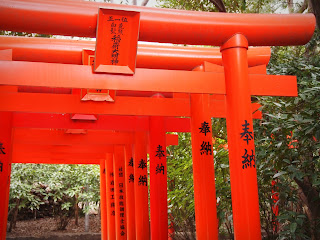 Although there were many things I liked about Vietnam, it wasn’t the place for me.  So, after completing my TESOL course, I packed my bags and headed north to Fukuoka, Japan to pick up my E-2 visa to return to my beloved Korea.  While in Japan, I took advantage of the peace and quiet and spent some time in Fukuoka’s tea gardens and bath houses and attempted to eat as much Japanese food as possible.  By the end of March, I was completely settled into my new apartment in the Pyeongchangdong neighborhood in Seoul. 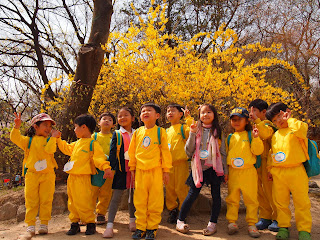 My new kindergarten students had bonded with me over Easter eggs and field trips by mid-April.  I  joined the Korean Tourism Organization’s K-Performance Supporters, attending and blogging about various performances and events.  The first of which was the Tour de Korea, where I rode a bike around Incheon, Korea with Lee Myeong-bak, South Korea’s president.  I was ecstatic to have my mom visit at the end of the month for a five week stay. 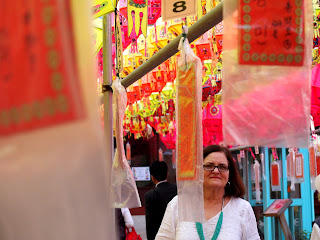 I stayed busy in May, guiding my mom around Seoul.  We watched musicals, took cheesy photos at the Trick Eye Museum, and spent an afternoon on charming Nami Island.  Mom and I ventured down to Boseong to drink green tea and stand in awe of the gorgeous green tea fields.  We drank margaritas on the beaches of Busan and saw an incredible display of lanterns on Buddha’s birthday at Samgwangsa Temple. 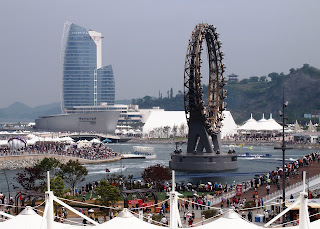 I was sad to say goodbye to Mom as she departed Seoul in early June, but there was a lot to look forward to.  I headed down to Yeosu to check out the World Expo with the KTO and met a lot of cool people from all around the world.  Seoul Searching’s Facebook page was also started as a supplement to this blog. There were a lot of changes in my personal life in July but mostly for the better.  I was quite focused on being social and attended a lot of cool events.  I wrote an article for KoreaBites.com after attending their delicious Chef’s Night In.  I celebrated my 26th birthday (which ended up being the best birthday I’ve had in a few years) on two separate nights; one of which ended in a 7AM makgeolli session in the rain and the other involved bar hopping in Hongdae.  I spent my summer vacation at the R-16 World B-boy Competition and at the Lena Park concert. 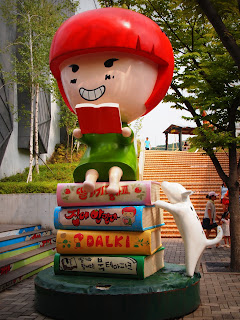 My apartment was almost unbearable in the Seoul summer heat, so I spent my weekends taking day trips (like to Heyri Art Village) and eating traditional foods to cool down.  There were quite a few August evenings spent on the patio of the neighborhood Family Mart drinking beers with my co-workers. It was a pretty low-key month, thanks to the ridiculously high temps. 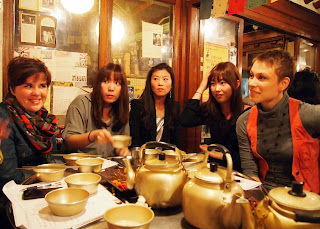 The first of September was spent on a food tour to Andong, where I ate food cooked for ghosts, watched ma (a root vegetable) being harvested on a farm, and drank makgeolli with other food enthusiasts.  I also joined the Makgeolli Mamas and Papas on a meetup in Insadong and doned a hanbok (traditional Korean dress) to learn the tea ceremony at MiSuDa, a unique cultural experience.  I became relieved when the first signs of fall began to show at the end of the month, when I headed out to the “mysterious island” of Ulleungdo over Chuseok break. My good friend and sorority sister Brandi traveled to Korea to stay with me for a week in the beginning of the month, which had my spirits high.  We covered just about everything on her stay so I was pretty exhausted by the time she left.   Still, I was eager to explore the sinister spots and creepy cafes of Seoul to get pumped up for Halloween, my favorite holiday, which I celebrated with friends in Itaewon.  I also started maintaining the Pinterest site for Seoul, sharing my photos and knowledge of my favorite places in the city. 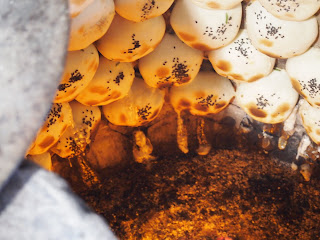 November was an exciting month, as I signed on to film an episode of “Top Ten Korea” for Arirang TV.  The show was filmed through the entirety of November, so my weekends were devoted to traveling with the director, a cameraman, and my friend Marie.  The show took me on Korea’s Wine Train, to the DMZ, to Incheon’s Chinatown, on the Samcheok Railbike, and through the Seoul Folk Flea Market.  As a K-Supporter, I also joined the live studio audience at Inkigayo, one of Korea’s most popular music shows. After showing Michael, a friend visiting Seoul, the sights, the food, and the nightlife of the city, I was finally able to relax when my winter vacation began mid-month.  I took advantage of my 11 days off of work to do a lot of things on my Korean bucket list.  I did some shopping at the new IFK Mall in Yeouido, did a hanok stay in Bukchon, checked out the Tim Burton exhibit, and took a lot of photos at the Seoul Comic Con.  Yummy food, homemade spirits, “pass the pig”, and cool people were the focus of my Christmas and New Year’s was spent participating in a temple stay and watching the first sunrise of the new year with monks on a beach in Gyeongju.  It was the perfect way to ring in the new year.

2012 was fantastic.  I was able to travel a bit and share my Korea with family and friends.  I met a lot of great people, ate a lot of good food, and had many wonderful, once-in-a-lifetime experiences. I don’t regret anything but I do want to accomplish more in 2013.  After traveling to Spain, Portugal, and Morroco in March, I hope to return to Seoul and enroll in a language program to study Korean intensively.  It’s my hope that during the year at some point, I can find a job in marketing to promote the travel destinations and food of Korea.  (Holla at your girl if you have connections.)  Time will only tell what 2013 will bring for me, but it is my hope that YOUR year is filled with happiness, adventure, good health, and prosperity.  Happy 2013!