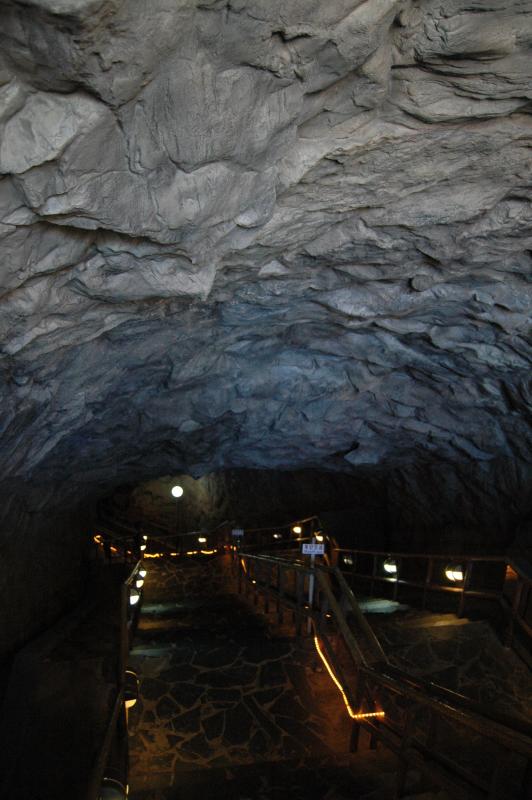 Cheongok Cave (천곡천연동굴) was discovered in 1991 in the center in downtown Donghae during a development project. Since then it’s been turned into a tourist destination as the only cave discovered in an otherwise downtown area. For the geologists out there, it’s a limestone cave estimated at 400 to 500 million years old, and extends horizontally for about 1,400 meters.

Cheongok Cave (천곡천연동굴) was discovered in 1991 in the center in downtown Donghae during a development project. Since then it’s been turned into a tourist destination as the only cave discovered in an otherwise downtown area. For the geologists out there, it’s a limestone cave estimated at 400 to 500 million years old, and extends horizontally for about 1,400 meters.

Getting to the cave isn’t too hard – it’s about 5-10 minutes from the Donghae bus terminal or 2 minutes from Donghae City Hall, both distances by taxi. Once you’ve arrived, buy your ticket (2,000 won), ask for a locker if needed (free) and pick up a hard hat. Since several parts of the cave have a low clearance and narrow passageway, you’ll need it. Tighten both the neck strap and the knob on the back before venturing in. 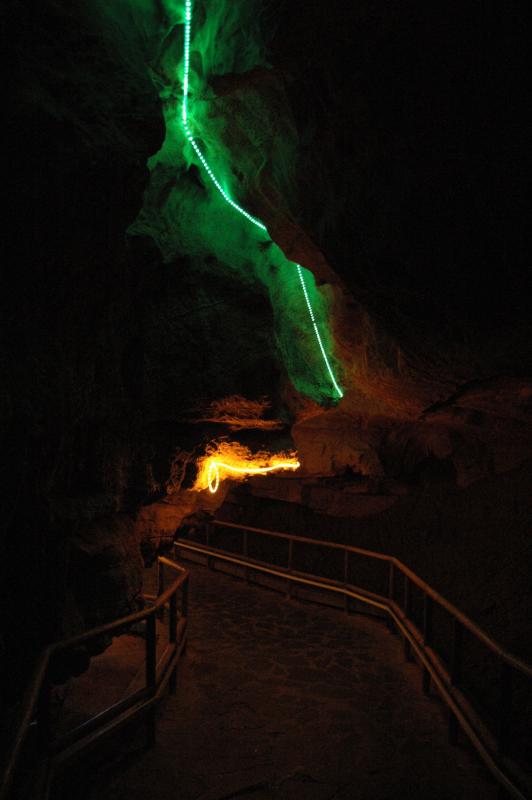 Thanks to the wonders of low-light camera lenses, we can see the high technology used to light the way – rope lights! While still tourist-friendly, the path requires some bending and crouching to get through. Even my 5-foot-3-inch girlfriend’s hard hat found the overhead rock more than once. Remember that the hard hat will add another two inches to your ‘height’ – banging your hard-hatted head against the rock may not hurt, but it may certainly come unexpectedly. 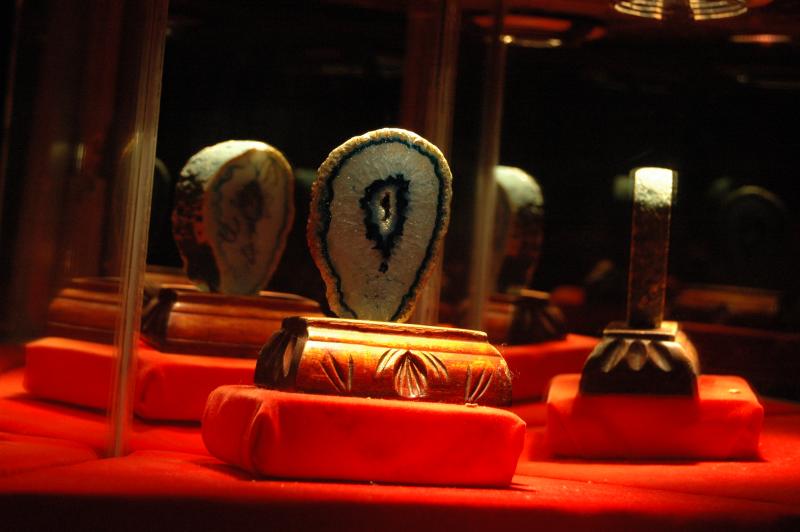 A number of geodes are built into the wall, displayed behind a layer of glass. 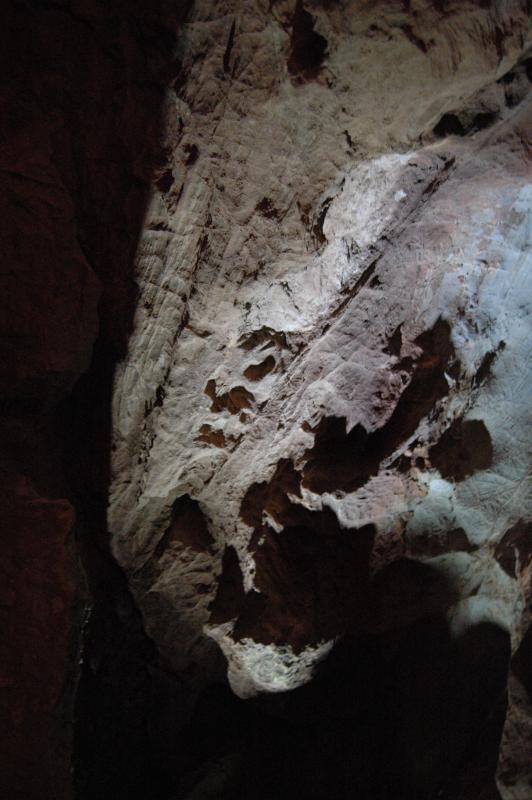 An example of a ‘dragon’ cave – seeing a dragon supposedly brings you luck, and much like the clouds in the sky, what you see is rather subjective… 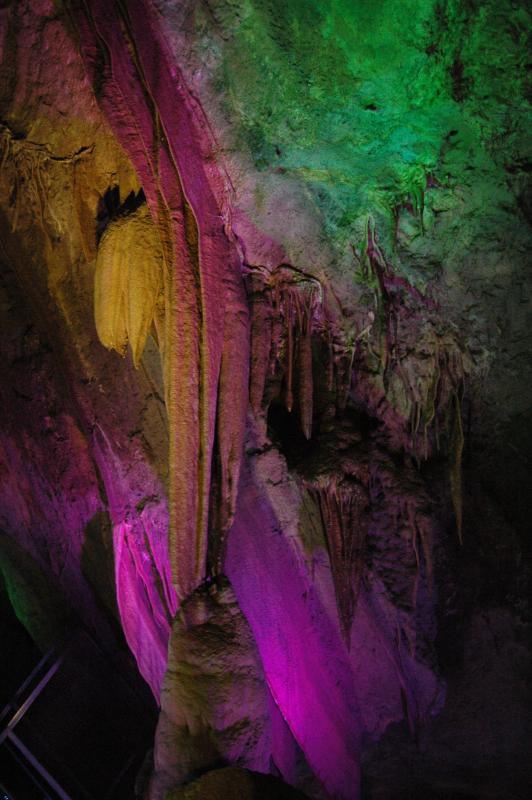 Color-shifting lights made the cave brighter, while steadier lights highlighted specific features in the cave. Between the stalactites and stalagmites, there were a number of rock formations that simply looked like something (see the previous picture about the ‘dragon’ as an example) 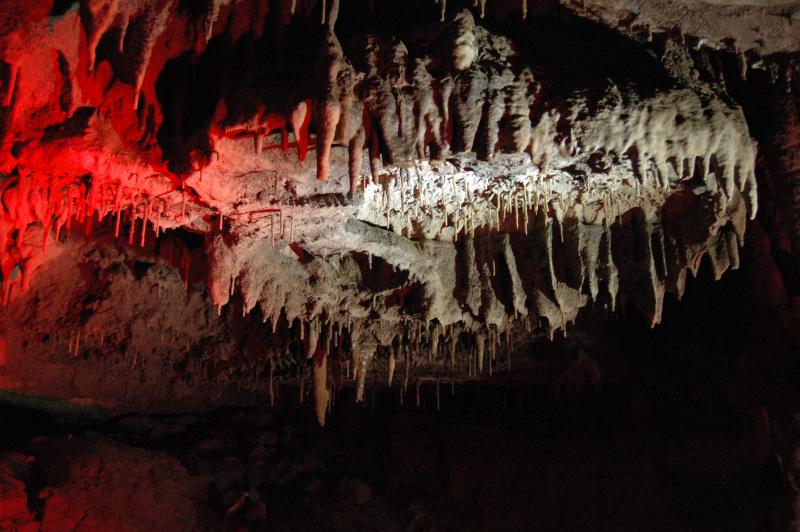 Lots of smaller stalactites to see in this area. 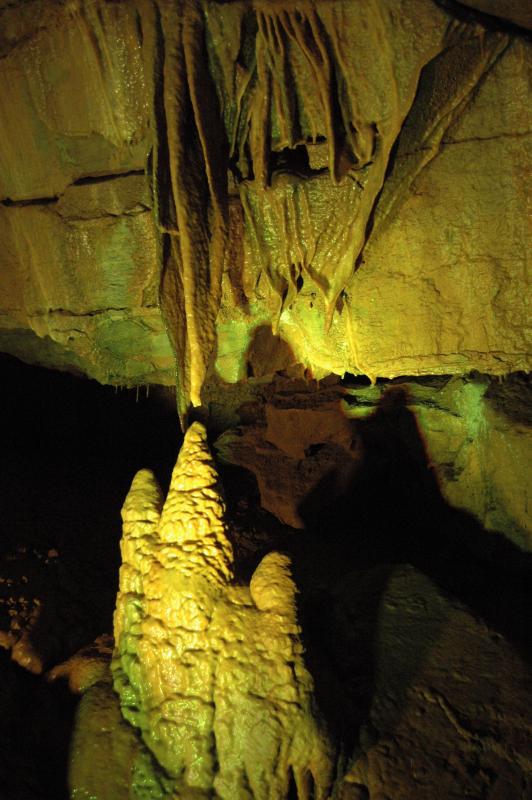 Entitled ‘Hundred years of waiting’ (수백년의 기다림) , it will take quite awhile for this stalactite and stalagmite to meet / join up – roughly a century per centimeter of growth, thus explaining the name. 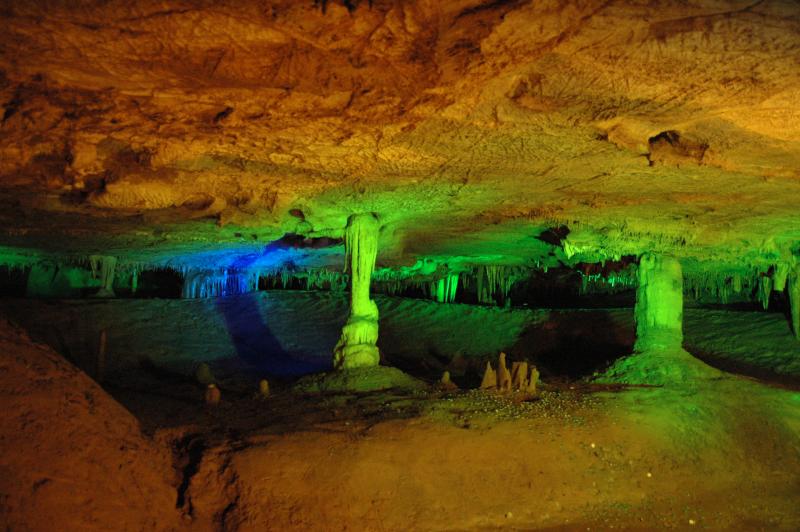 The artificial lights create sort of an other-world scene here. 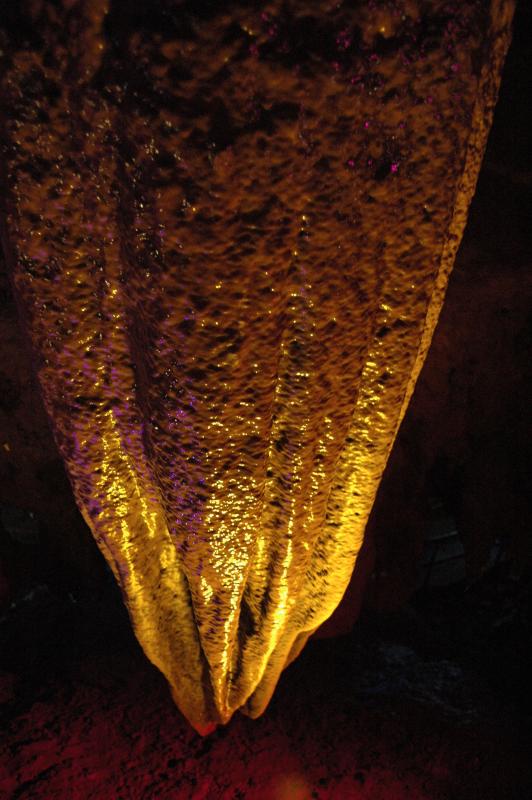 Water still dripped off this feature, making it part of the cave that continues to be alive. 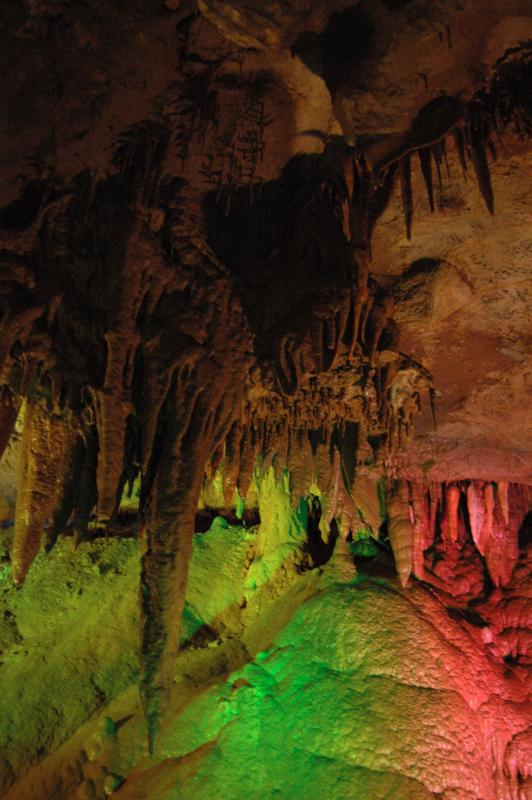 Cheongok Cave is a great first cave to explore in Korea. While it’s not the largest or the most to see, it’s easy to get to and worth checking out. You won’t have to crawl on hands and knees, but you may have to bow to the rock to avoid hitting your head. If seeing a number of caves, this makes a great first stop.

Directions to Cheongok Cave: take a bus to Donghae (on Korea’s east coast) from almost any major bus terminal in Korea. From Seoul, use the East Seoul bus terminal nearest Gangbyeong subway station (line 2) or the Express Bus Terminal (lines 3, 7, or 9); either way, it should take about 3 hours. Once at Donghae, take a local bus to Cheongok Cave, or just take a taxi ride from the Donghae Bus Terminal (3,000 – 3,500 won, depending on traffic). You can also take a train to Donghae station, but it’ll take about 6 hours from Seoul’s Cheongnyangni train station. Admission: 2,000 won; open 8am – 6pm (from July 10 – August 20, 7am – 9pm).