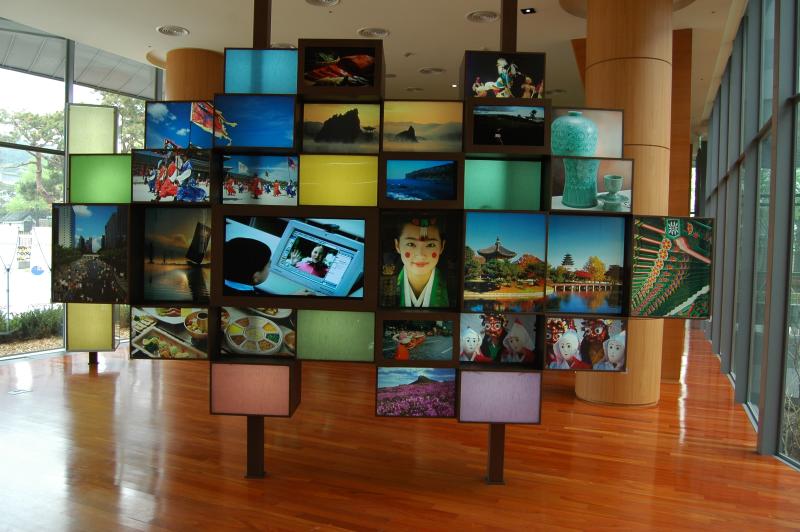 While still quite new, Cheongwadae Sarangchae has become the place to learn more about Korea at its finest. The building, within a stone’s throw of the Korean presidential Blue House, sparkles with histories of the country’s leaders in the modern era. It’s probably not the place every tourist would be interested in, but business executives choosing Korea as a place to do business should make this a place to stop.

While still quite new, Cheongwadae Sarangchae has become the place to learn more about Korea at its finest. The building, within a stone’s throw of the Korean presidential Blue House, sparkles with histories of the country’s leaders in the modern era. It’s probably not the place every tourist would be interested in, but business executives choosing Korea as a place to do business should make this a place to stop.

The first floor begins with a self-congratulatory public-relations blitz seemingly designed to overwhelm your senses. Video screens display Korea’s splendors – a few scientists holding up computer chips, beautiful women, and some of Korea’s scenery. A second one shows a number of sports scenes – if you’re still looking to see Kim Yuna’s gold-medal skating performance, this is one where it will live for eternity. It’s a scene that leaves one receptive for information about Korea’s famous poets and leaders, as well as a historical display of Korea’s money (not pictured). 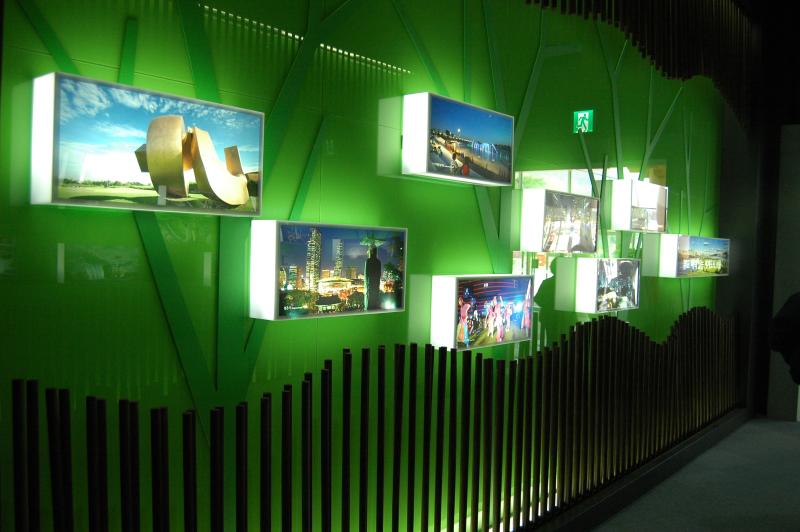 A number of tourist sights are displayed throughout the exhibit, along with details about the city tours Seoul has to offer. Unless you’ve just landed at the airport, you’ve probably read or heard about these before. They’re not bad, just…. touristy. 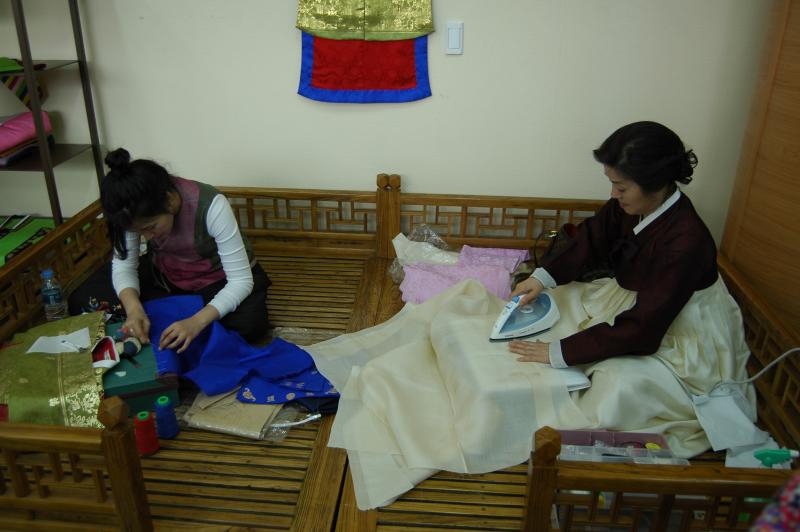 Nothing like women in traditional Korean hanbok using a modern day, plug-in iron.

A temporary exhibit starts your tour of the second floor. Featuring dozens of color pictures by John Rich, an American war correspondent, it’s worth a close look. 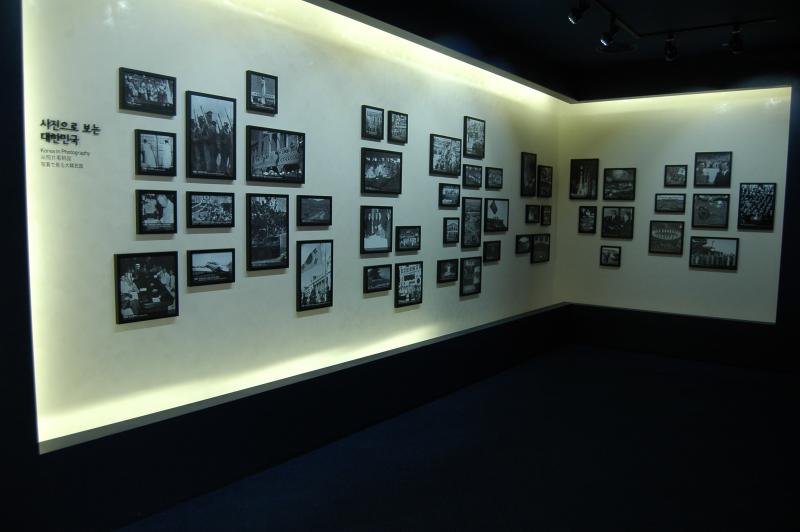 The permanent exhibit features a number of black-and-white pictures, as well as some videos from the Korean war era. 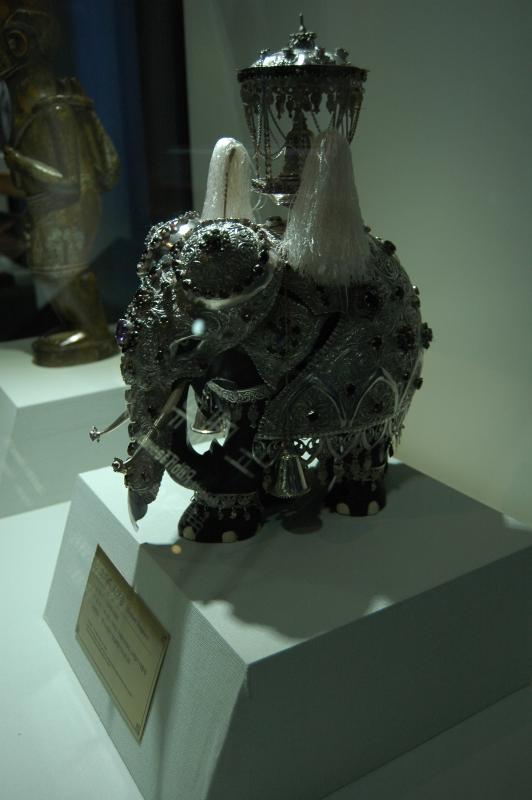 The next room features plush carpet and plenty of gifts given to the presidents themselves. In most cases, the details surrounding the gift are explained on a brass placard next to each gift. The elephant sculpture (above) was given by the President of Sri Lanka during a summit in May of 1984. 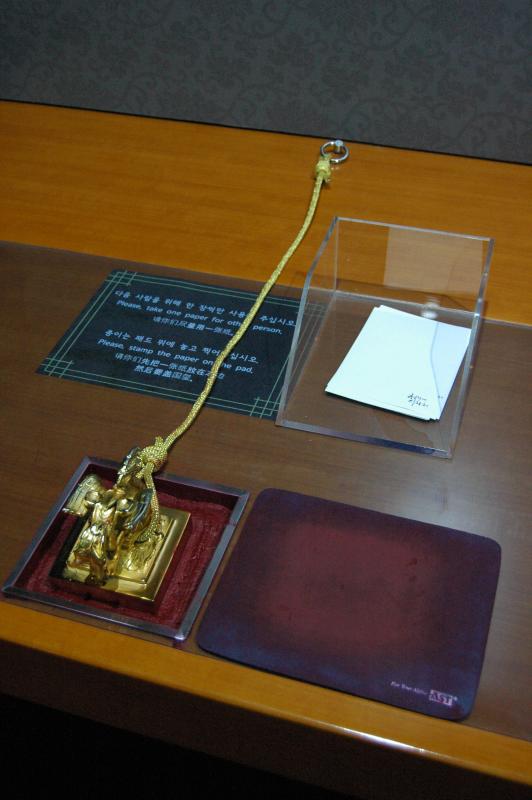 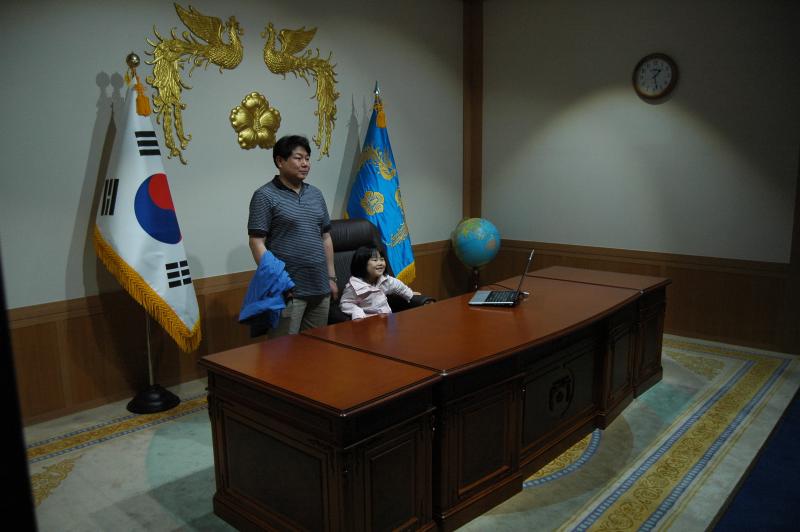 A few fun items are nearby: take a picture ‘with’ the president (stand against a blue screen and be superimposed), or have your picture taken at the ‘President’s Desk’. Don’t forget to stamp a piece of paper with the royal seal – cute for kids or those wanting a souvenir. 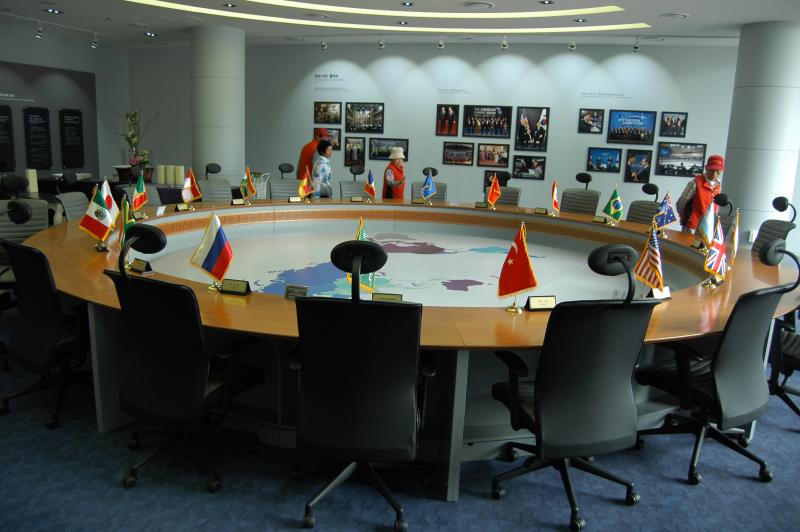 The next big element is the G-20 Summit room – although there’s no indication the room will actually be used by the government bigwigs, the room is impressive enough that it could be. Maps of the world and pictures of government leaders abound, and the place definitely had a high-level feel to it. 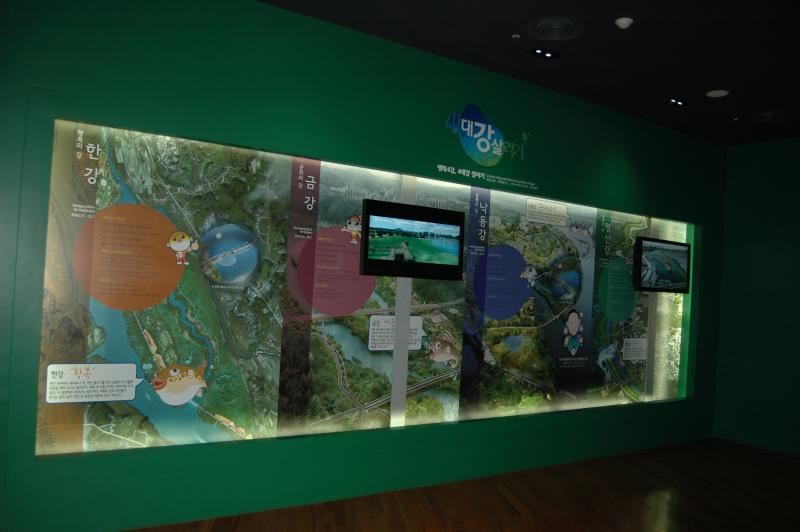 The second floor features the unusual combination of ‘green’ and politics. It talks about the threats of global warming – along with what major countries around the world are doing to stop it – and showing some flowery information about the Four Rivers Project. While there’s no specific evidence that shows this project to be ecologically necessary (or even helpful), the uninformed could be led to believe there’s a connection. 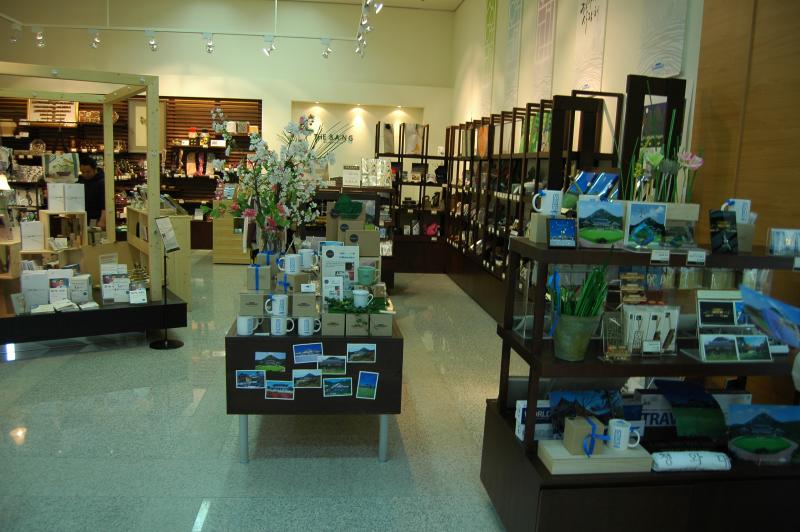 Head back down the stairs to the well-stocked souvenir shop. A decent place to buy gifts, but nothing really specific to the site; most things show the Blue House against the northern mountain. 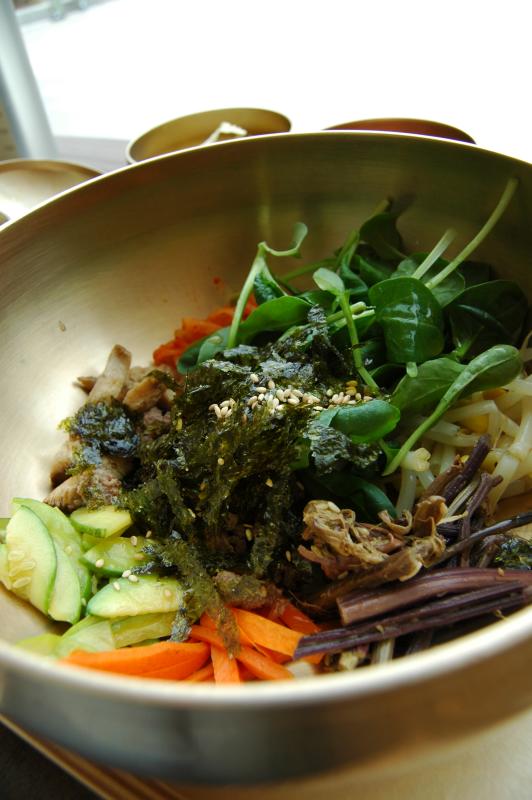 A small restaurant / coffeeshop is located on the premises – with only four food choices, picky eaters might prefer to look elsewhere. Otherwise, enjoy the reasonably priced bibimbap (Andong or Jeonju style), Hamburger Steak, or Tomato Curry. The drink menu is more extensive, and features plenty of coffee or tea.

With free admission and brand-new facilities, it’s hard to turn down a tourist-friendly destination. If you can look past the self-congratulations and occasional propaganda, it’s worth checking out.

Directions to Cheongwadae Sarangchae: Take line 3 of the Seoul subway system to the Gyeongbokgung subway station. Take exit 4 to street level, then make a U-turn. Turn left at the road that runs outside the palace walls. Walk about 350 meters – you’ll pass a couple of security people along the way. Tell them where you’re going and you’ll pass right by. When the road comes to a T, do a U-turn and look up. Free admission, open 9am – 6pm, closed on Mondays. For more information, check out the official site (Korean only) or this page from Korea Tourism.