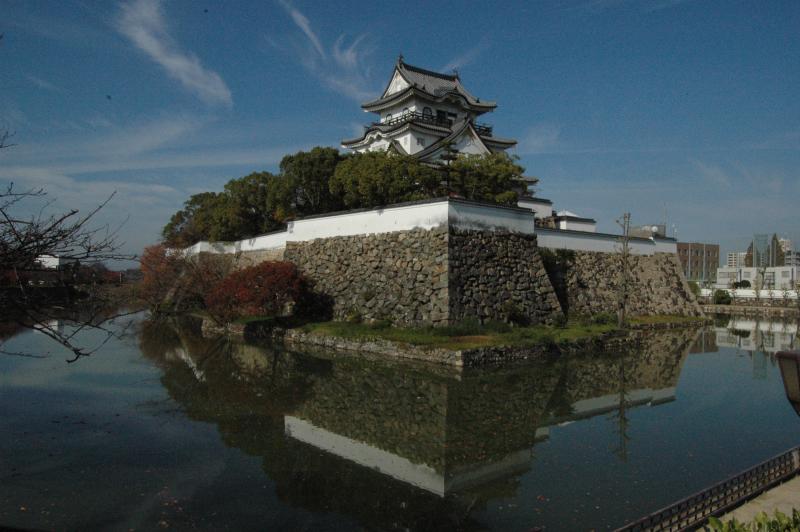 The picturesque Kishiwada Castle rests in a quiet corner of Osaka, somewhat removed from the busyness of a large city. 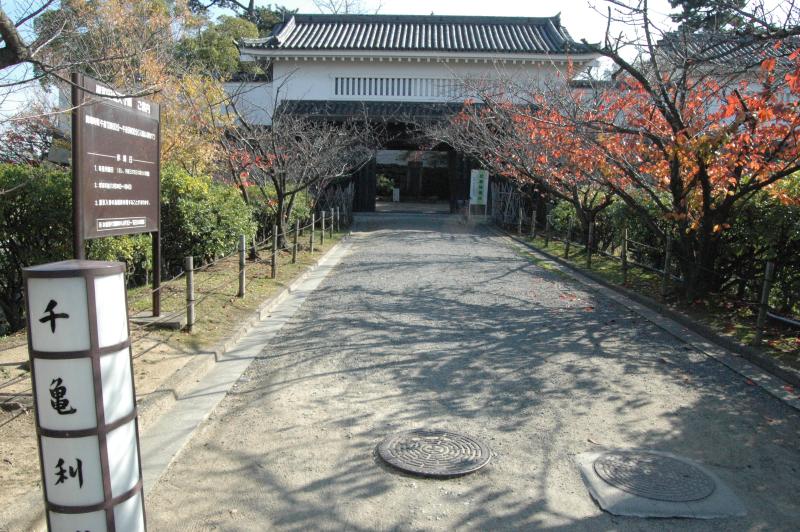 Japanese castles are often surrounded by a moat, and this one was no exception. Walk around to the front entrance – and the only connection with land.

The picturesque Kishiwada Castle rests in a quiet corner of Osaka, somewhat removed from the busyness of a large city.

Japanese castles are often surrounded by a moat, and this one was no exception. Walk around to the front entrance – and the only connection with land.

After paying the 300 yen (about $3 USD) admission fee and picking up an English-language brochure, one of the first exhibits was worth paying attention to: 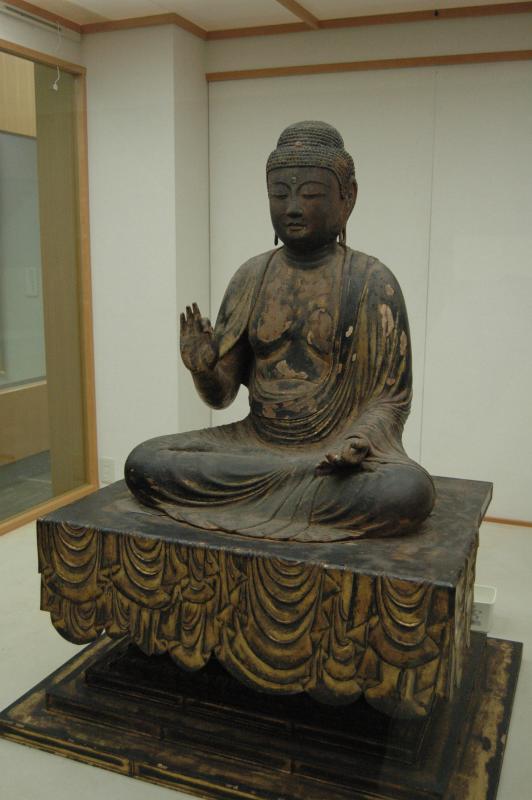 Unfortunately, there was little English to be found outside of the decent brochure given to me. Made during the last period of the Heian era, or roughly sometime in the 12th century, this statue was installed in the temple of the Okabe family for 13 generations. 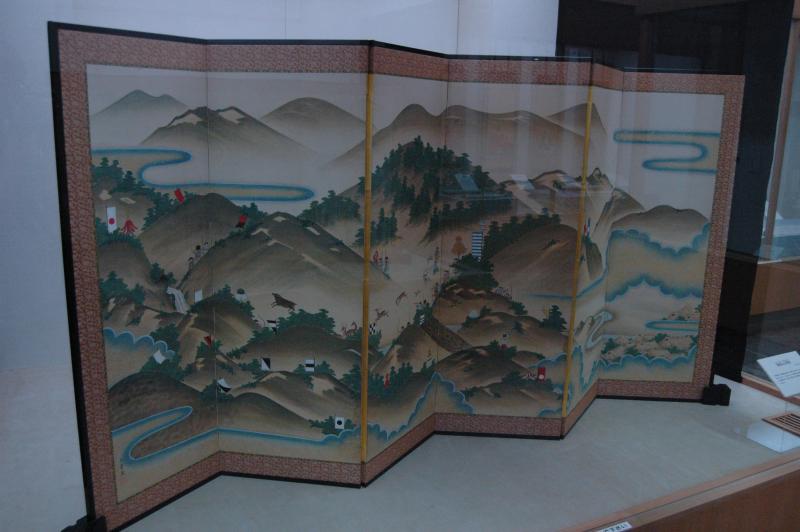 A beautiful folding screen – the various flags are representative of specific generals. 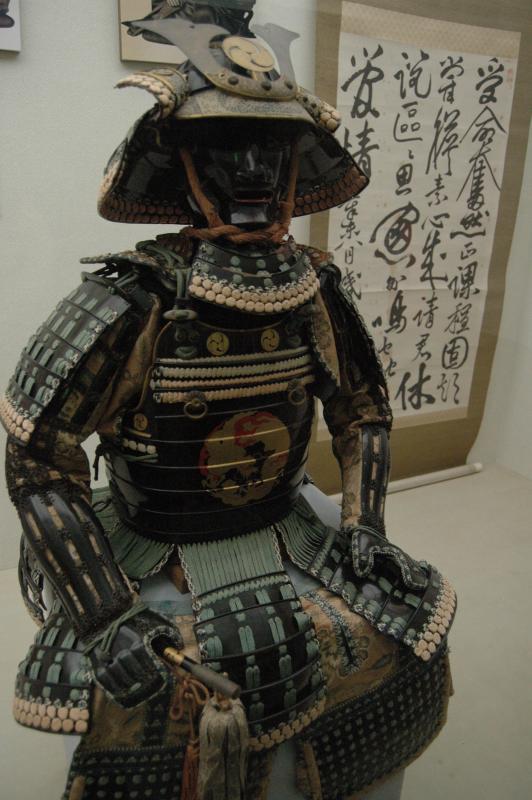 How would you like to wear this into battle? 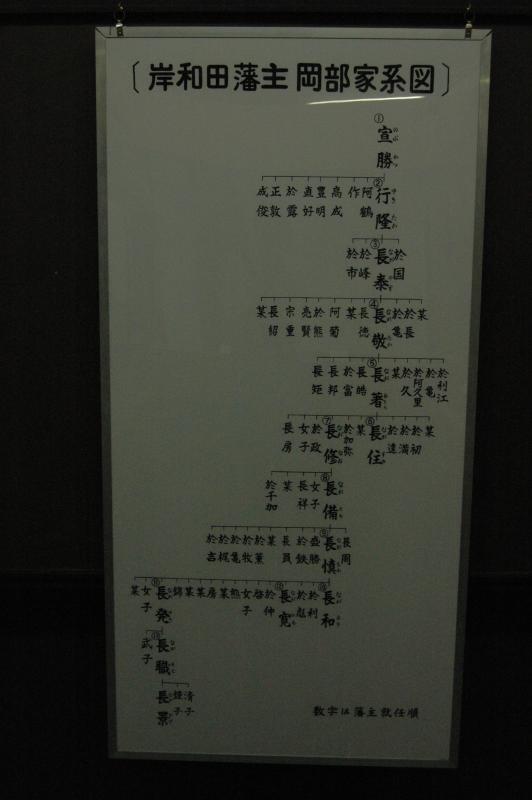 A genealogy of the Okabe family. In 1640, Nobukatsu Okabe came here from Settsu-Takatsuki, and ruled the Kishiwada area until the Meiji Restoration in the 1860’s. Talk about a ‘family house’ – this place was definitely passed down from one generation to the next. 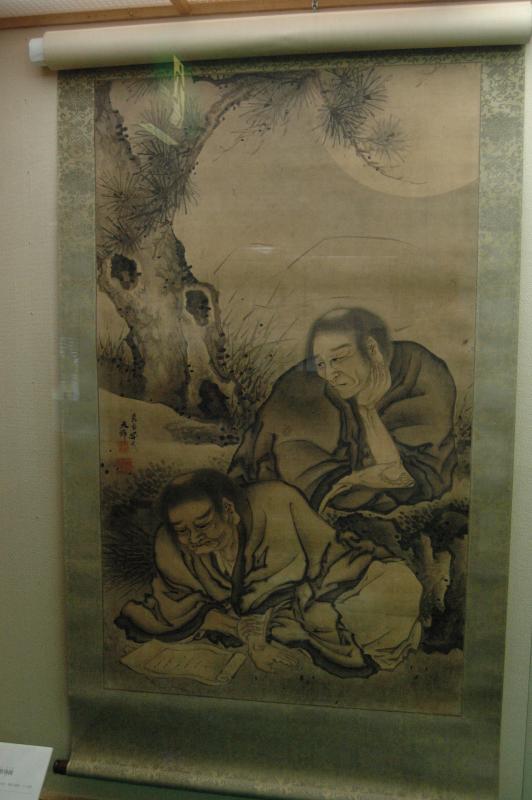 Best caption wins a cookie. My best? Come on, I’ve been waiting 30 years to read the paper… 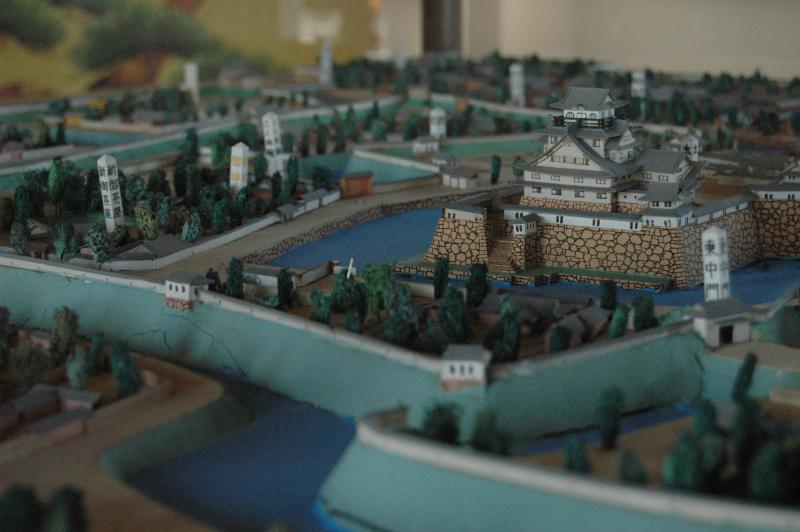 A miniature model of the Kishawada Castle and the surrounding area. And yes, I enjoy playing around with manual focus (the horrors!).
It’s a real shame that the museum lacks English explanations – although an English brochure provides some information, going with a Japanese friend will help you understand the exhibits better. Without some assistance, you’ll have a tough time making out what happened during an interesting period of Japanese history.

Directions to Kishiwada Castle: From Kansai Airport in Osaka, take a local train on the Nankai Main Line to the Takojizo station. ONLY the local train stops at this particular station. Walk out the only exit (basically the end of the platform), cross the train tracks, then take the first right. Walk about 250 meters to a T-shaped intersection, take the left and look up at the castle. Walk around either way to the far side to reach the entrance. Admission 300 yen; open Tuesdays – Sundays 10am – 5pm, no entrance after 4pm; closed on Mondays and when they change exhibits.