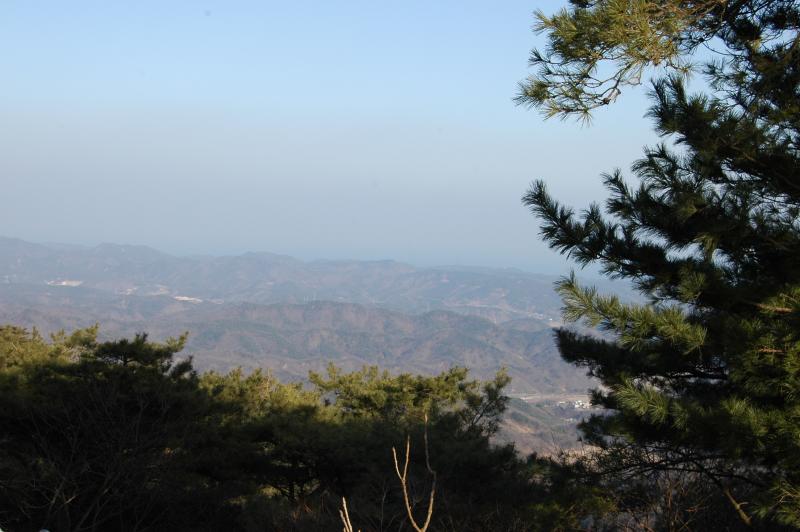 Not far from Bulguksa temple rests Seokguram Grotto, the only structure surviving fully intact from the Silla era. Considering Korea’s history of invasions and destruction, it’s remarkable and miraculous at the same time. 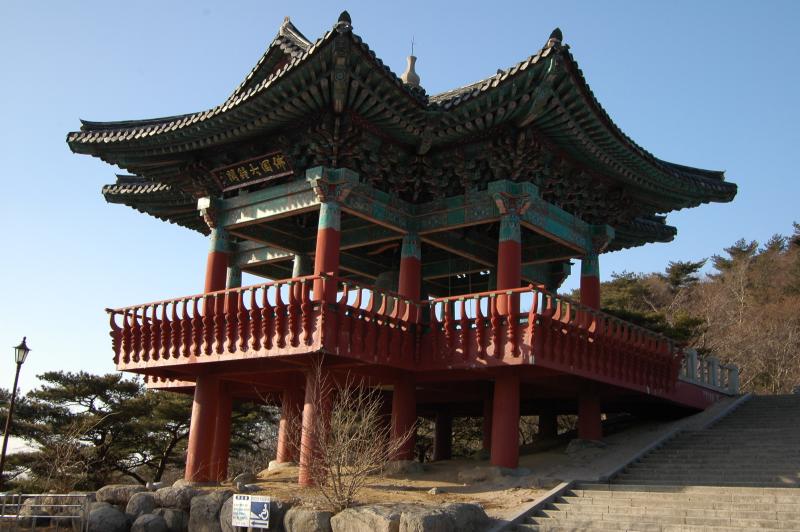 The bell tower – note the handicapped sign. Strollers and wheelchairs have a pretty easy time getting around here. 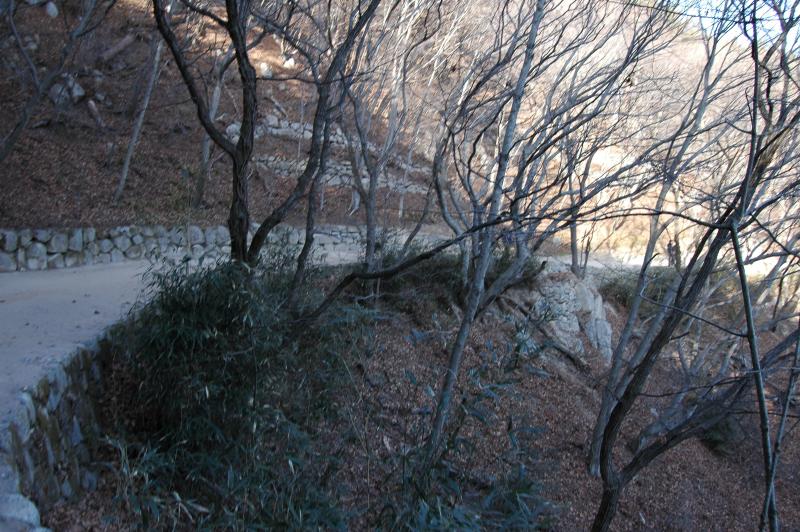 Turn back the clock about 1,230 years – Seokguram Grotto was completed back in 774 A.D. The Prime Minister, Kim Daeseong, also helped to build the nearby temple Bulguksa. Although the oldest historical records are rare, one legend dates from the 14th century:

[T]he architect of Seokguram was carving the central ceiling stone when it cracked before his eyes. He wept bitterly at his blunder and fell into a trance. In a dream, he saw celestial beings descend from heaven and repair the critical ceiling stone. When he awoke, he found the stone healed but for the faint traces of cracks on the surface. Small cracks in the ceiling stone can still be seen today.

Whether the legend is true or not, the grotto was abandoned for centuries until it was rediscovered in 1909. Supposedly, a postman got caught in a rain storm and found shelter in the nearest cave he could find. After lighting a candle, he saw the giant Buddha staring back at him! Since Korea was still under Japanese occupation, it was ordered dismantled and sent back to Seoul. The locals dragged their feet and stalled, saving the statue and keeping it in its current place until the plans were dropped. 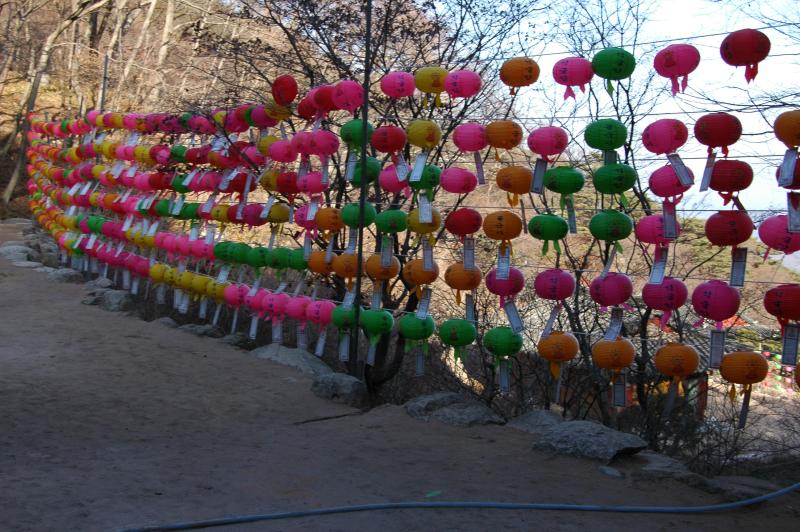 A celebration of light and color – hundreds of paper lanterns. 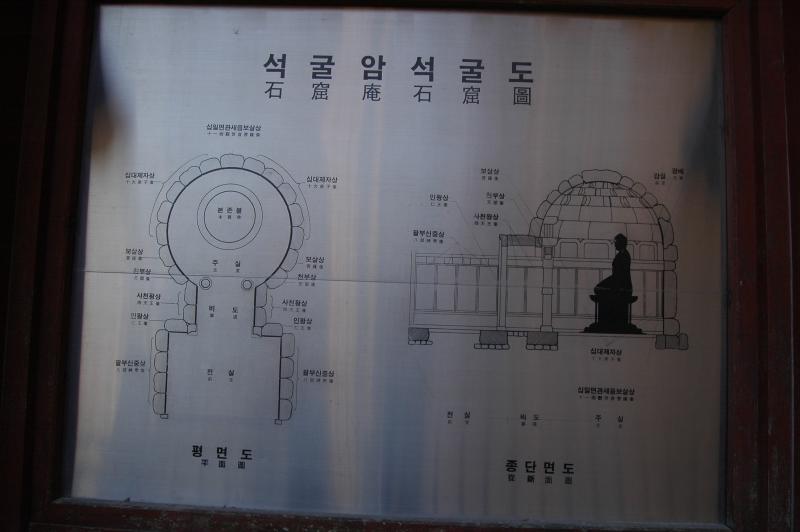 An explanation of the grotto in Korean and Chinese. Just outside the grotto, a sign asks you not to touch the glass wall; inside, a number of signs will ask you not to take pictures. Following the signs, I took no pictures of the religious icon – instead, I offer this as a substitute (seen in downtown Gyeongju): 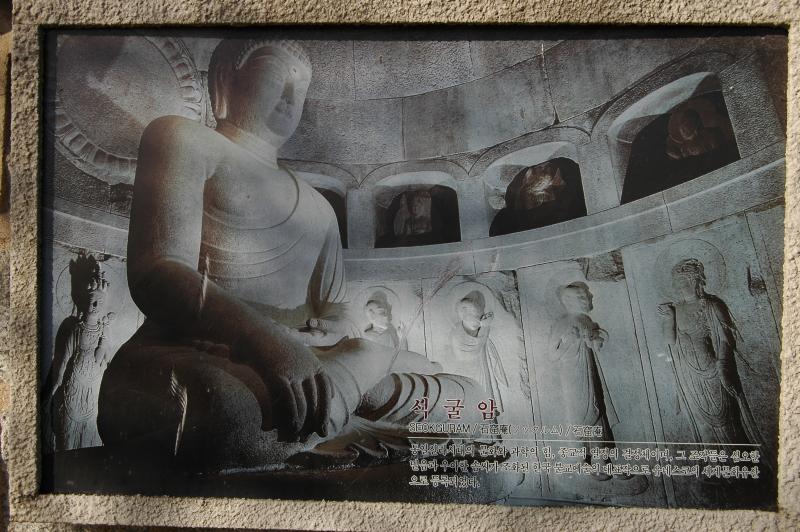 After exiting the other side, a small souvenir shop awaits – nothing too fancy. Before long, you’ll be walking back the way you came, towards the bus that brought you up the mountain, and back to the life you have. Stay a minute – enjoy the time in the peaceful setting. It’s too easy to think of this area as ‘just another place’ to see. The walk and the visit may be fairly short, but it’s a good reminder to take in the experience without rushing it. So what if you miss the bus? There’ll be another one along soon enough.
By itself, Seokguram lacks context and the element of history – combine this sight with Bulguksa temple or downtown Gyeongju to make an afternoon out of it.
Ratings (out of 5 taeguks):
Ease to arrive:

Directions to Seokguram Grotto: From Gyeongju Bus Terminal, cross the street and head towards Bulguksa temple on bus 10 or 11. Be sure to tell the bus driver where you’re getting off or listen carefully for the audio announcements. After getting off the bus, look across the street for a bus stop – it’s directly across from the tourist information booth and the large map of Gyeongju. Bus #12 comes once an hour (40 past the hour, 1,500 won, about a 20 minute ride), shuttling people back and forth between these two destinations. Ride up the mountain’s windy road, then get off at the only stop and walk through the parking lot to the entrance. You can also hike up the mountain – it’s a more direct route, but a 2.2 km hike uphill is not for everyone. Admission 4,000 won; open 7am-5pm from November-February; to 6pm March-October. Stroller and wheelchair accessible in virtually all areas. For more information, check out http://www.sukgulam.org/.