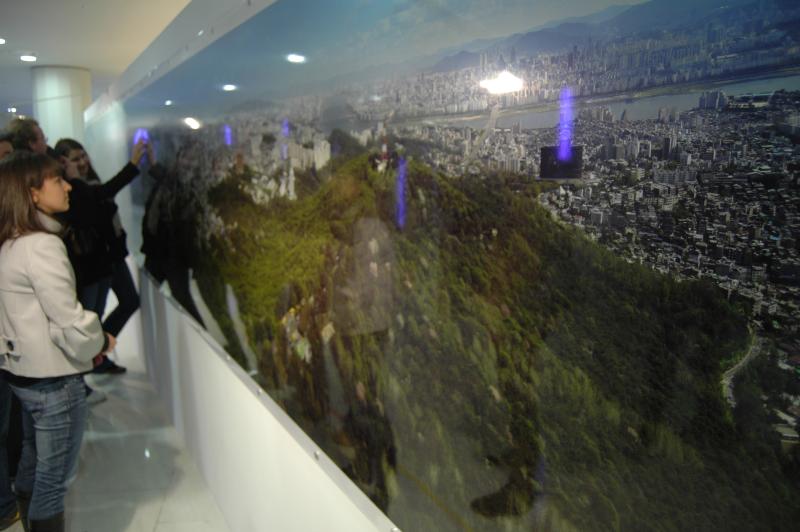 Warning: this post contains some artistic and relatively tasteful nudity – please keep away from kids and overzealous IT staff.

The Seoul International Photography Festival (also known as the SIPF) is a great change of pace from the art museums and photographic exhibits that dot the city. While not a pure photography exhibit, there’s enough to keep the purists happy.

Warning: this post contains some artistic and relatively tasteful nudity – please keep away from kids and overzealous IT staff.

The Seoul International Photography Festival (also known as the SIPF) is a great change of pace from the art museums and photographic exhibits that dot the city. While not a pure photography exhibit, there’s enough to keep the purists happy.

Pay the 8,000 won to get in, then begin exploring the first section of the exhibit – “Tera Emotion”. The idea is to represent emotions, amplified to the 12th power as the tera prefix does in the metric system. 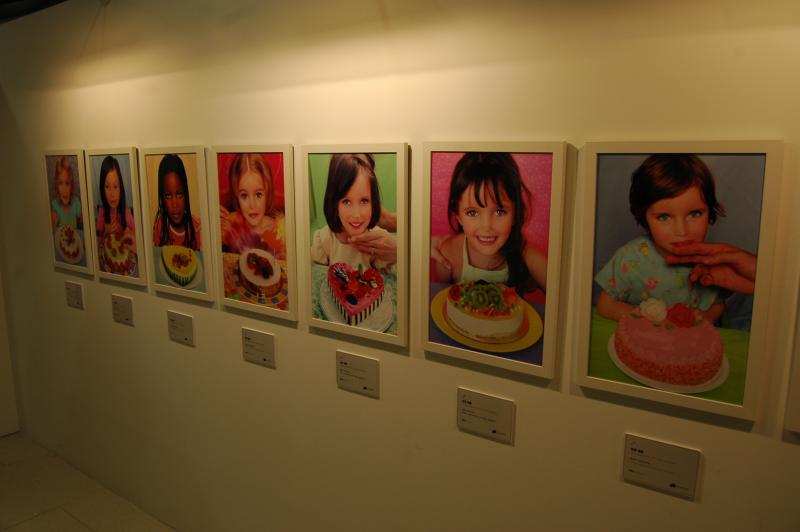 A series of portraits by Alain Delorme of France. The emotions – and faces – seem manufactured and forced, to the point where we can see the helping hands. 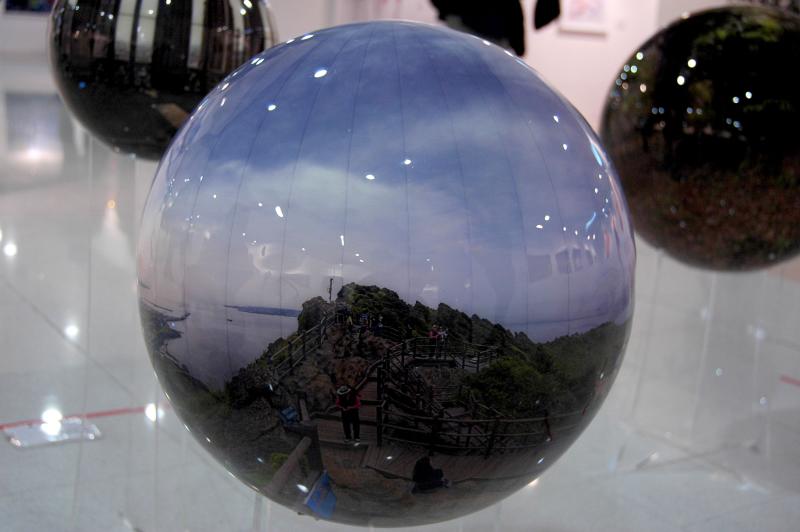 Jeju Seongsan, by Benrd Halbherr of Germany. While the photo itself has been transformed into a sphere, it’s still a photograph. 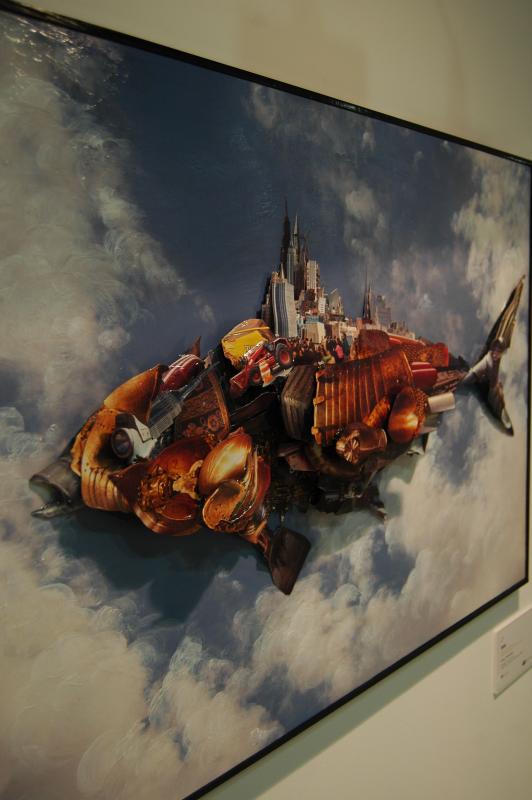 Dreaming for the Long Trip, by Jang Seunghyo of Korea. This photography exhibit isn’t quite turning out the way I thought it would. While there is a photographic element to the art, it seems a subtle part to the other elements. 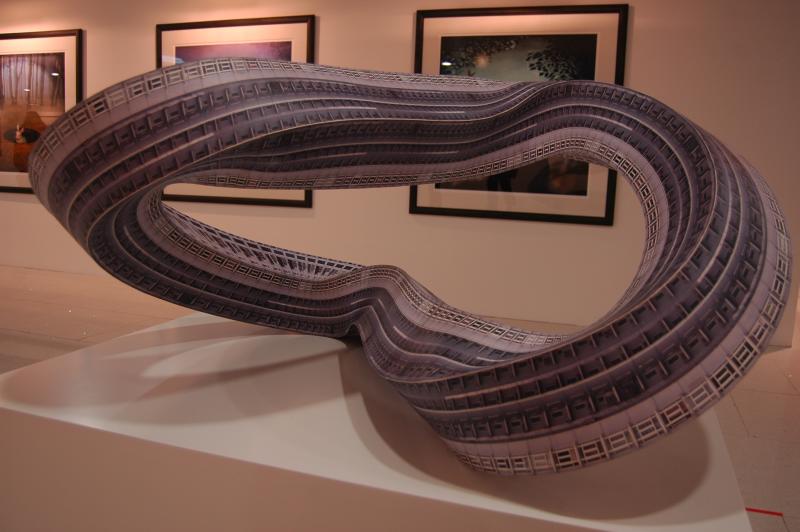 The classic ‘Mobius Loop’ – no title or name were given, but the idea of an infinite building was intriguing. 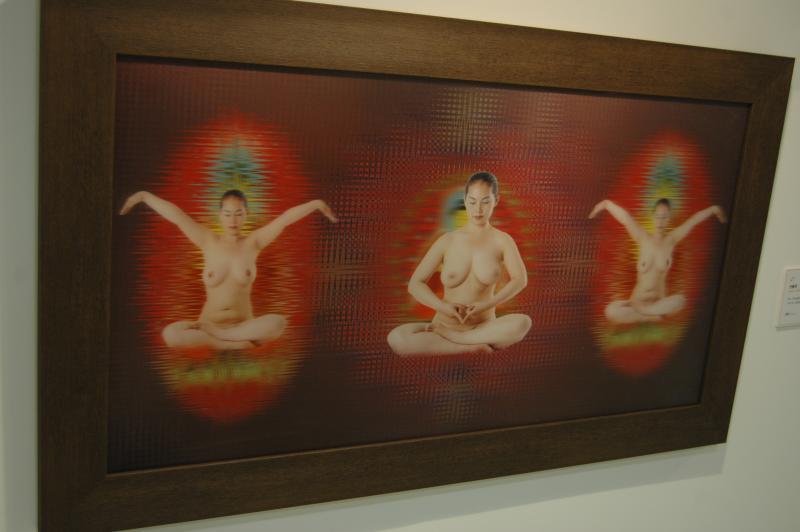 Tantra, by An Hongkug of Korea. The vertical lenticular added some appeal, though I began to wonder if this was art or photography. 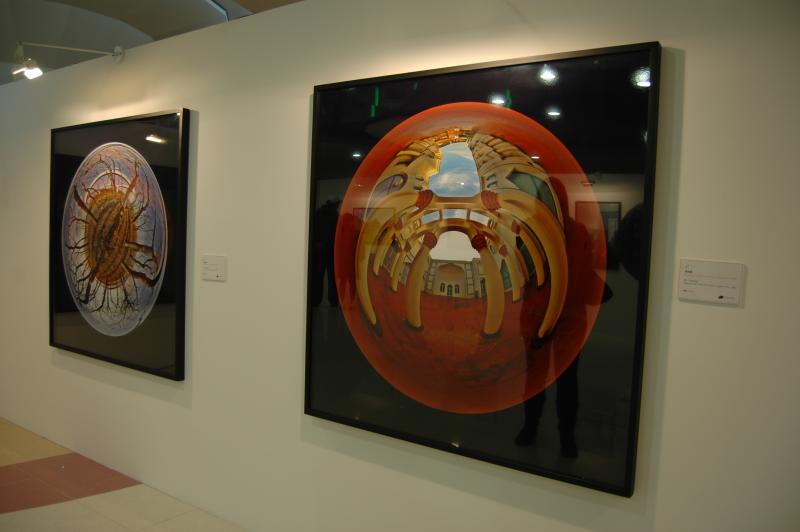 A fisheye view of the world – the one on right is entitled ‘Playground-Br-Polar’ by Zu Doyang of Korea.

The next section introduces us to photography using ‘unconventional mediums’ – one not limited to a piece of paper behind a frame. 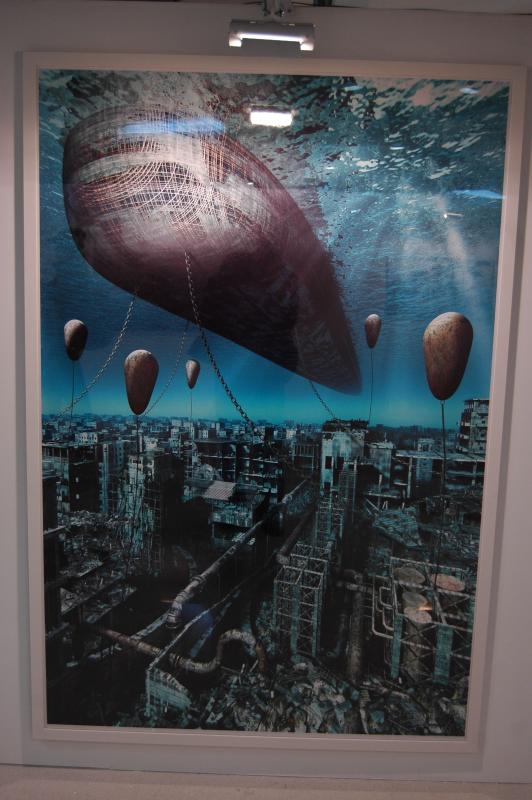 The text introducing this section briefly mentions Photoshop as ‘evolvement of photography’, and that we are now in a ‘colony of super-realistic images’… Perhaps my eyes are used to being deceived, but there’s little that’s realistic in the picture above (entitled Aqua n.3 by Giacomo Costa of Italy). 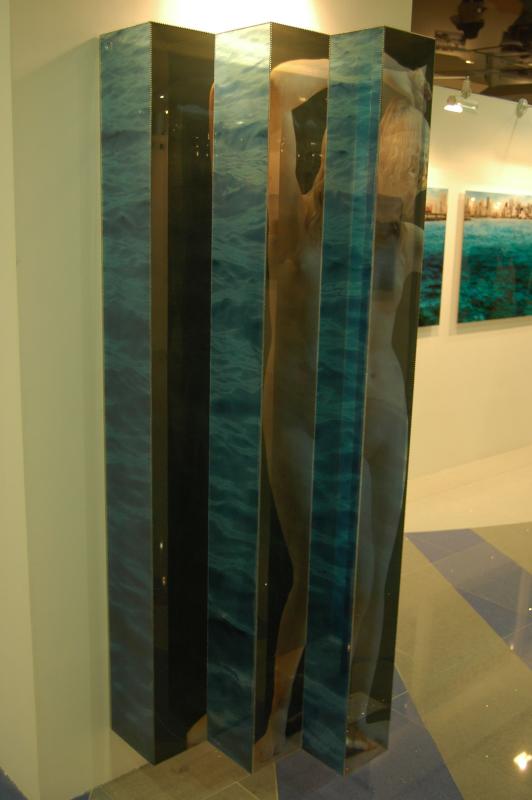 You see one of two different images depending on your angle – calm waves or the timeless Venus. Entitled Stone Body 36-1 by Koh Myungkeun of Korea. 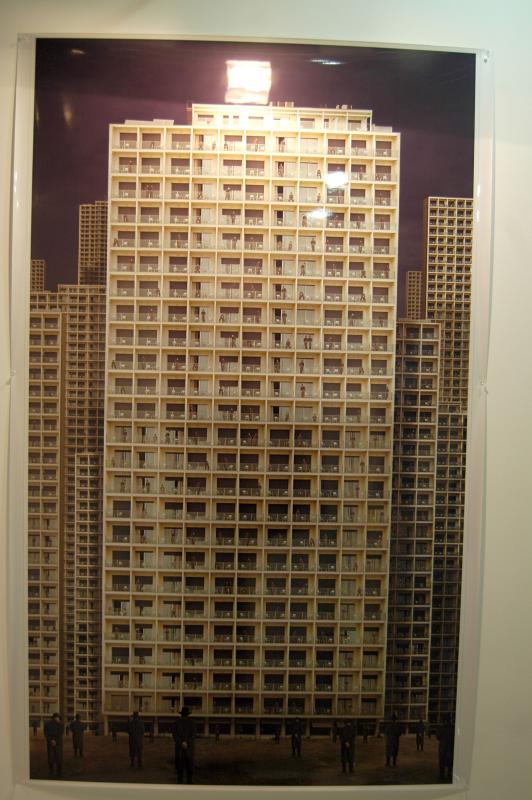 A clever – if surely time-consuming – use of Photoshop. Entitled Babel 1 of Jean Francois Rauzier, each room features 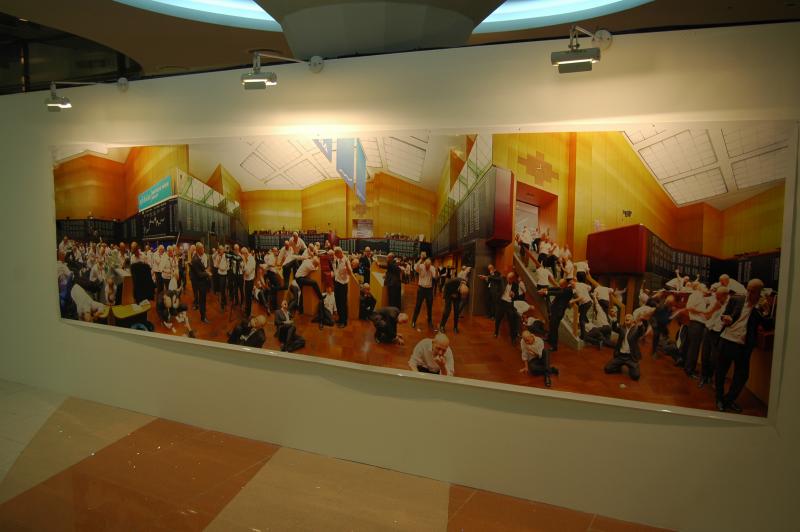 Another interesting use of Photoshop – with a variety of several dozen poses, one man leads the way through and around a stock market floor. Entitled Deutsche Börse by Martin Liebscher of Germany. 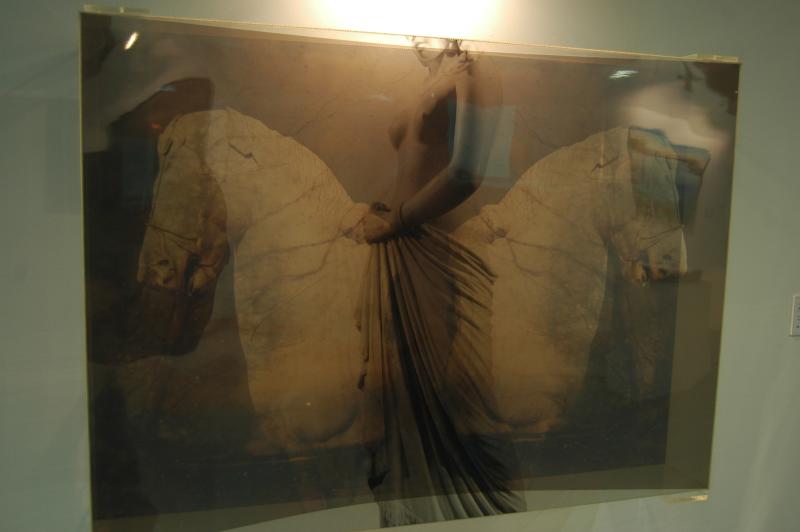 Two layers of plastic – one flat, one concave – combine to create the layered image you see above. On the front layer the woman is simply standing, but once you combine it with the back layer it appears she’s riding a horse. Entitled Nostalgia-6 by Koh Myungkeun of Korea.

Beyond the festival’s exhibits are a few special exhibitions – the highlight was entitled ‘Over the Passion’, which displays artists now in their 40’s that have fallen out of attention. 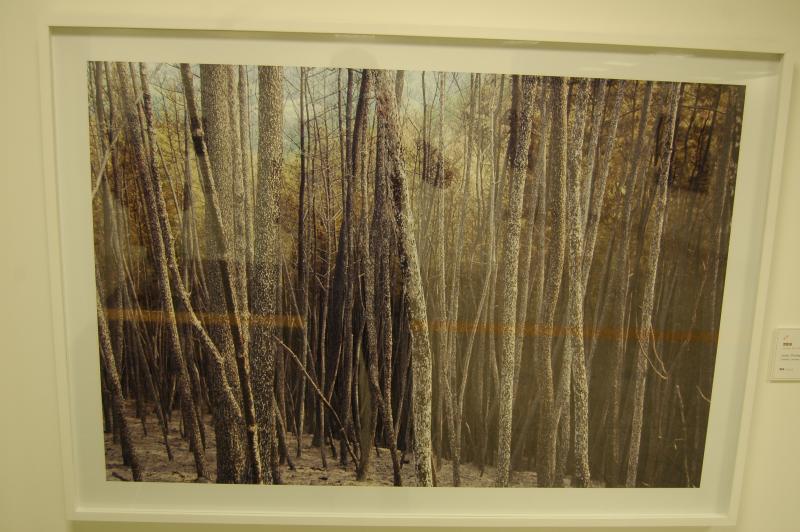 Untitled by Jung Changgyun of Korea – with a focus on the trees, Jung shows the harmony between the trees scarred by fire and the camera lens.

Another special exhibit had to do with technology – while using technology has been seen before, the specific exhibits hadn’t: 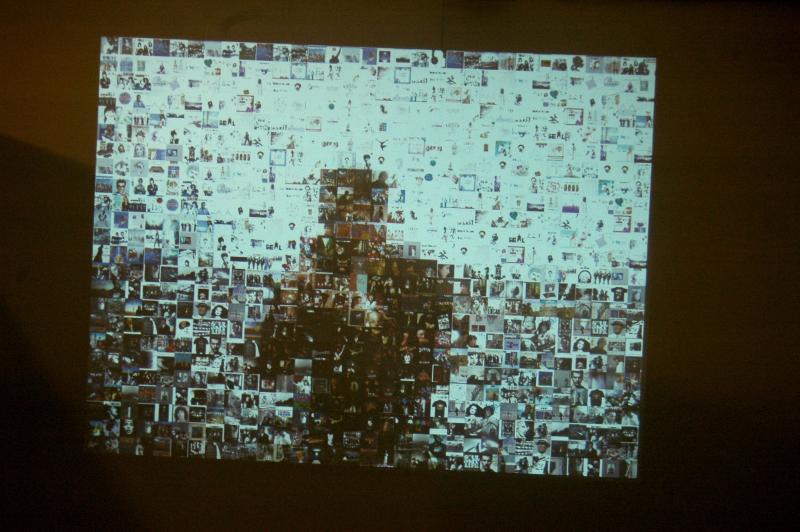 An intriguing display of tiny photographs making up a rough picture of what the webcam picked up. It refreshed at a few frames a second – it takes a lot of computational power to select and display literally thousands of images from whatever library it uses.

While not limited to photography, it remains a worthy feast of sights. Check it out soon – the SIPF continues through January 31st. For more information, check out sipf.net.

Directions: Take line 8 of the Seoul subway system to the Jangji station. Take exit 3 to street level and follow the signs to the Garden Five behemoth. 8,000 won admission; handicapped- and stroller-friendly.