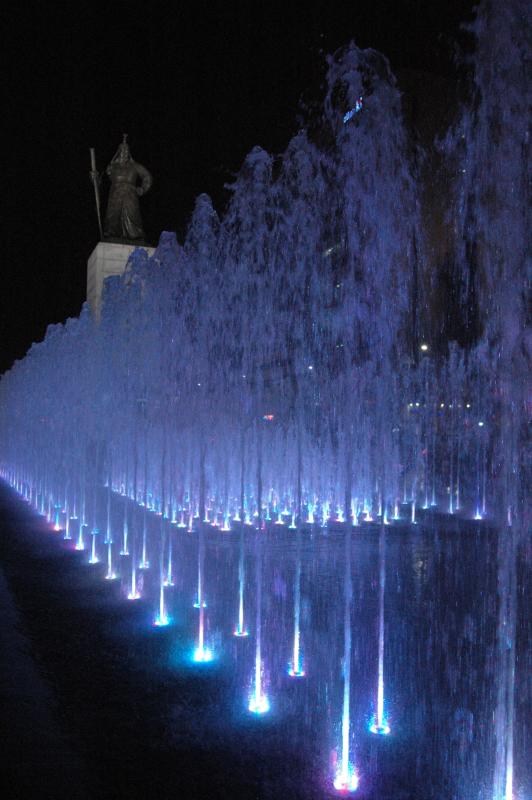 Not to be confused with the King Sejong Memorial Hall, the Sejong Center for the Performing Arts, Sejong’s statue in Yeouido Park, or anything else featuring Korea’s most famous king, the Story of Sejong recently opened underneath the new statue of King Sejong.

Not to be confused with the King Sejong Memorial Hall, the Sejong Center for the Performing Arts, Sejong’s statue in Yeouido Park, or anything else featuring Korea’s most famous king, the Story of Sejong recently opened underneath the new statue of King Sejong. 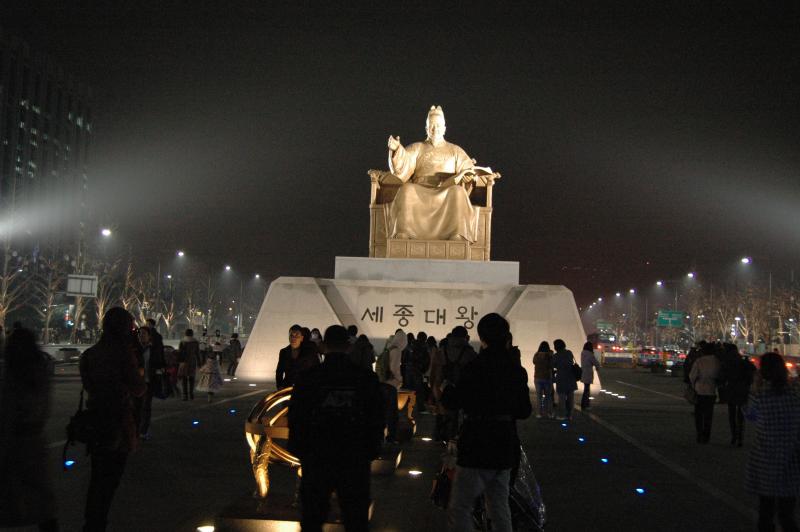 The new statue was first unveiled on Hangeul Day (October 7th), requiring five months, the bronze of 32 million ten-won coins, and the clay of 54,000 rice bowls. The backside of the statue is one entry to the museum / display, which is also connected to the Gwanghwamun Plaza and the Sejong Center for the Performing Arts. 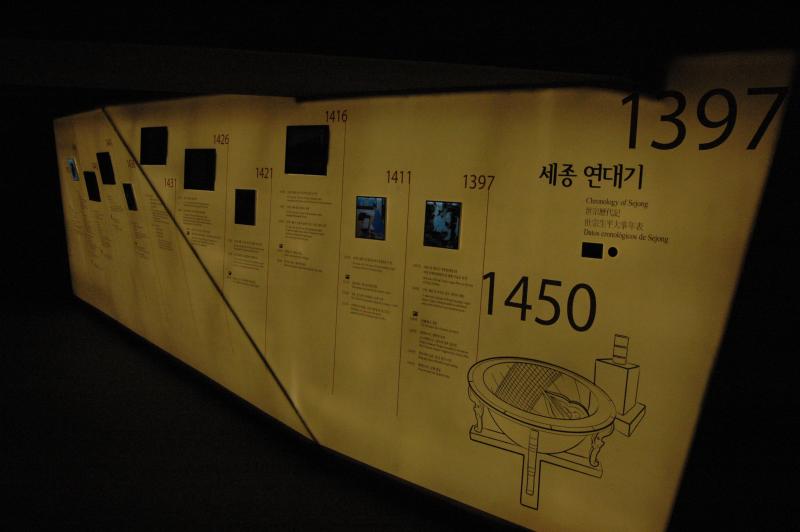 Where most other displays of King Sejong around Seoul are primarily concerned with his accomplishments, this one also seemed interested in telling us his life story. Although directions and titles are available in several languages (including Spanish, curiously) only Korean and English are available on the displays. I had no idea that he was “endowed with absolute perfect pitch” or that his favorite food was meat and cherries. 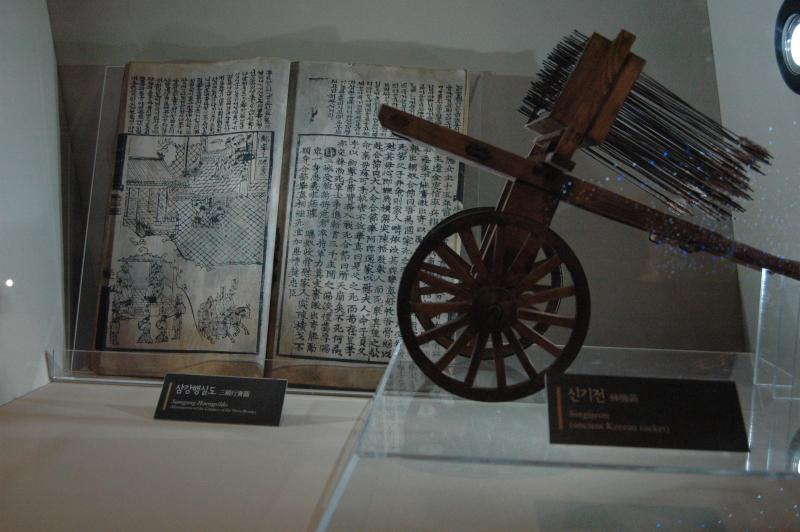 Several exhibits built into the wall display inventions or writings. To the left is the Samgang Haengsildo – the Conduct of the Three Bonds. To the right, a singijeon – a Korean rocket-propelled arrow. Since it was invented during Sejong reign, it merits a place in the museum. 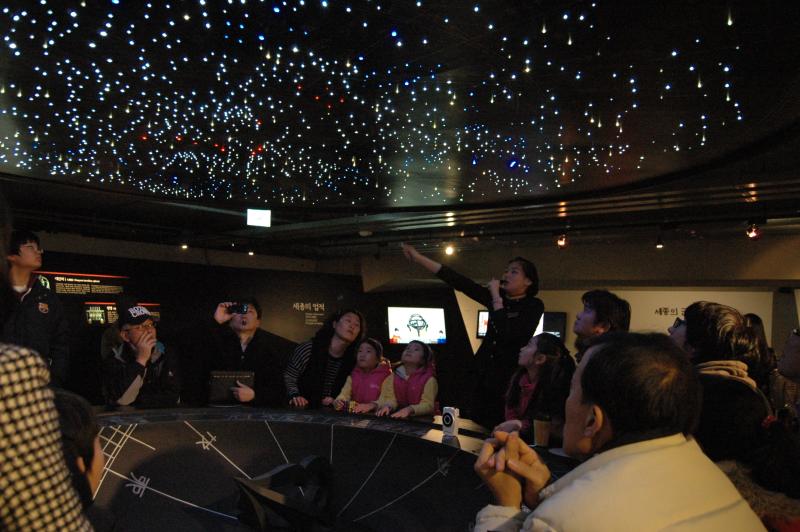 A guide shows off the Joseon Dynasty’s understanding of the stars. Below, a recreated sundial may never show the proper time, but definitely helps people to understand how it was used.

King Sejong was quite the musician as well as inventor. Beyond being able to tell which notes of the pyeongyeong, or stone chimes, were out of tune, King Sejong also created jeongganbo, a form of musical notation that captures the unique characteristics of Korean music. 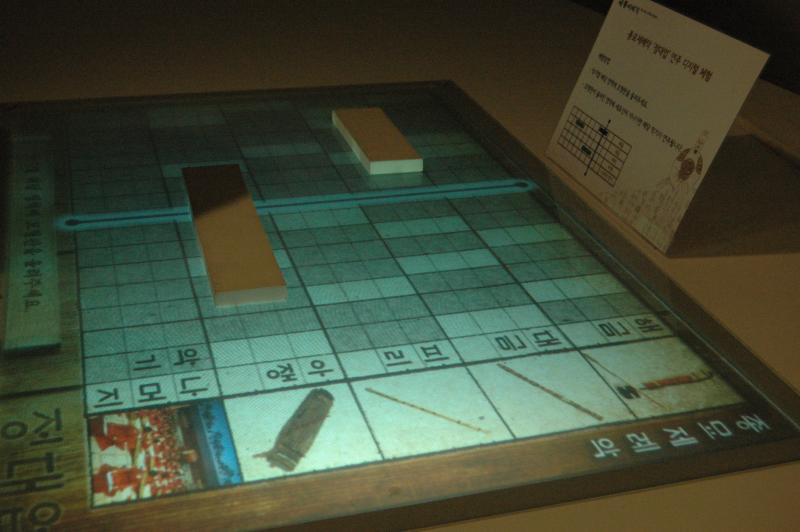 An interactive display demonstrating the jeongganbo notation system – place the foam blocks over your choice of instruments and listen to the result. 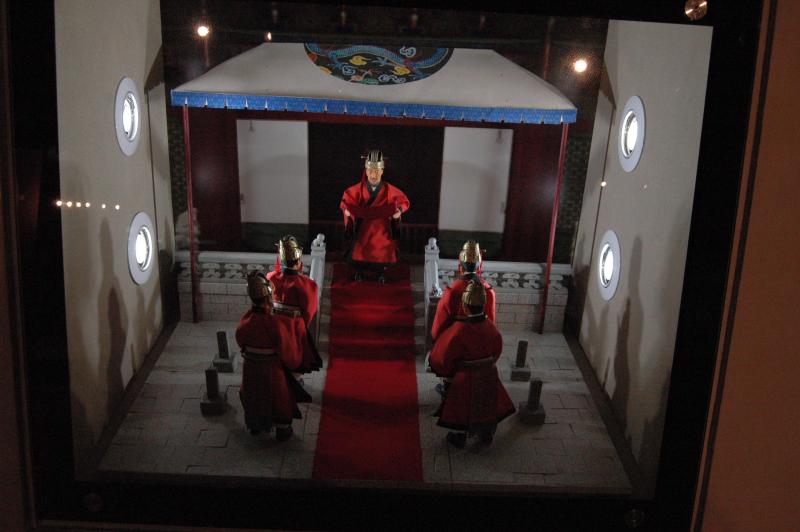 The story of King Sejong creating hangeul (the Korean alphabet) is displayed quite nicely. Originally known as the hunmin jeongeum, King Sejong first invented it in 1443 but spent three years testing it. Not too many people can write a book out of a new language, but 용비어천가 (yongbi eocheonga, or ‘Songs of Flying Dragons’) is considered an epic. The scene above pictures Sejong officially spreading the new Korean alphabet. 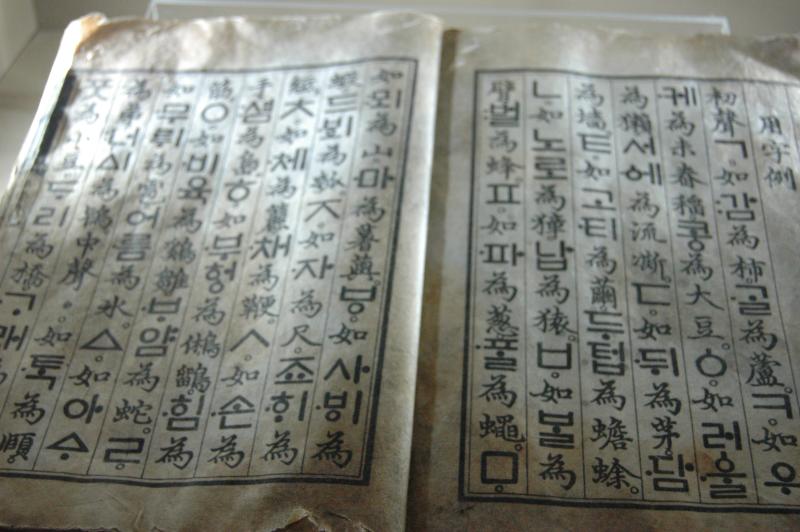 The 훈민정음해례본 (hunmin jeongeum haeryebon, or ‘Explanations and Examples of Correct Sounds to Instruct the People’). Written by Sejong and other scholars of the time, it introduces the new letters and sounds – many of which are still used to this day. First published around 1446, it has been designated a National Treasure and is part of UNESCO’s ‘Memory of the World’ list. 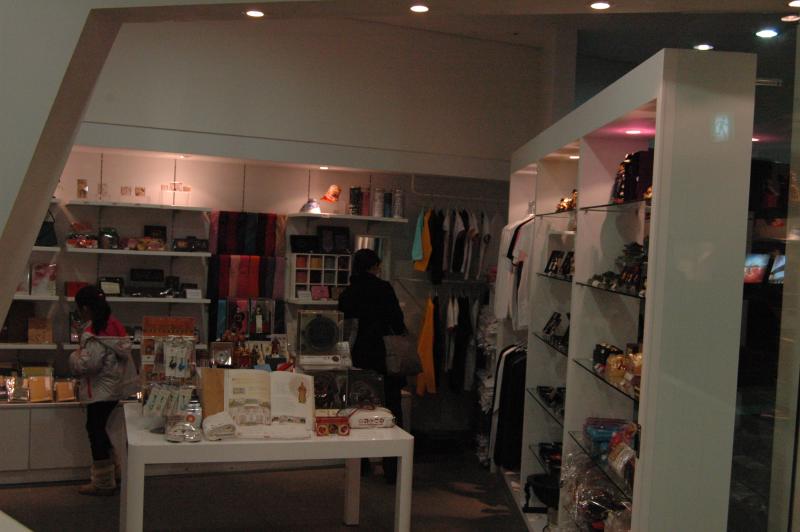 No tourist attraction would be complete without a souvenir shop, of course.

The area definitely explains a lot in a tourist-friendly way without being patronizing – and being part of Gwanghwamun Plaza means you don’t have to go out of your way to see it. The next time you want to see how much one person can accomplish, this is the place to check out.

Directions to the Story of Sejong: Take line 5 of the Seoul subway system to the Gwanghwamun station. Follow the signs for Gwanghwamun Plaza, or take exit 2 to street level and look for the statue. Open Tuesday – Sunday (closed Monday) from 10:30 am – 10:30 pm, with last admission at 10 pm. Free admission; handicapped and wheelchair friendly.