#1. Visit the border of the two Koreas

Let’s start off with something you definitely won’t be able to do anywhere besides Korea. While the two Koreas are technically still at war, the border between the two countries is open to tourists around the year. The only way you can see the parts inside the demilitarized zone, however, is by joining a tour group. For the tour you can choose between going to DMZ (the demilitarized zone) or JSA (the joint security area where you are actually at the very border), or by combining the two into one big day trip. It’s a must-see trip for everyone visiting Korea, as it’s extremely cultural, and exciting, but also quite chilling.

#2. Spend a day at Everland 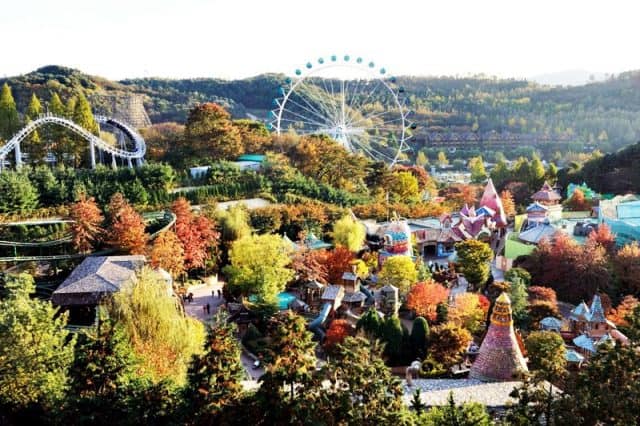 Everland is a large amusement park in Korea, close to Seoul. It holds a small zoo, the steepest wooden rollercoaster in the world, and many more fun activities and rides separated into different zones. Going around the amusement park and seeing and doing everything can easily take an entire day from your itinerary. Right next to Everland is Caribbean Bay, one of Korea’s most exciting water parks, and it’s possible to even combine the two parks into one day trip – but in that case, do start from Caribbean Bay as their slides will close earlier. Both Everland and Caribbean Bay often also have great discount offers for foreigners.

If you are anywhere in Korea, it’s almost impossible not to have yourself surrounded with K-pop, from the music being played everywhere to CD signing events held in the middle of shopping malls to the merchandise stores and even beauty product advertisements. There are also concerts held all the time! If you are a big fan you might want to try to get into the concert or music show of your favorite artist or group, but even if you aren’t that knowledgeable with K-pop, there are free or easy to attend concerts held all around Korea every week where you can get a bit of a taste of the local popular music culture. 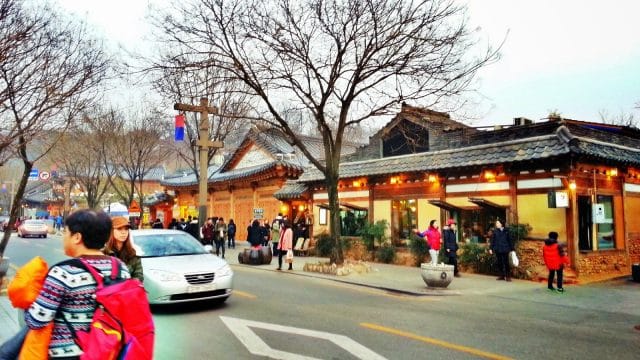 While much of Korea has now become urbanized, there are still traditional villages spread all across the country that are definitely worth a visit, most notably Bukchon Hanok Village in Seoul and Jeonju Hanok Village in Jeonju. The latter, especially, is going to make for a fun trip with its streets filled with cute cafes and restaurants and shops, with the option of staying overnight in one of the traditional houses. Also, in Jeonju Hanok Village, just for a few bucks, you can get yourself dressed in traditional Korean costumes and get the most out of your afternoon stroll around the village!

#5. Try all the Korean food

Although it’s possible now in many countries outside of Korea, too, to get a taste of Korean cuisine, there’s no better way to eat Korean food than by eating it in Korea! The country has a very diverse food culture, with each region having their own specialties. So from street vendors to luxury restaurants, there’s always a new dish to try!

The nightlife in Korea is like no other, especially in Seoul. The clubs are open until dawn and they’re almost guaranteed to be packed. Most clubs play either hip hop or EDM. If you are in Seoul, the big clubbing areas are Hongdae, Itaewon, and Gangnam, all of which have a strikingly different mood to each other. Clubbing is certainly a fun way to spend the night with your friends. 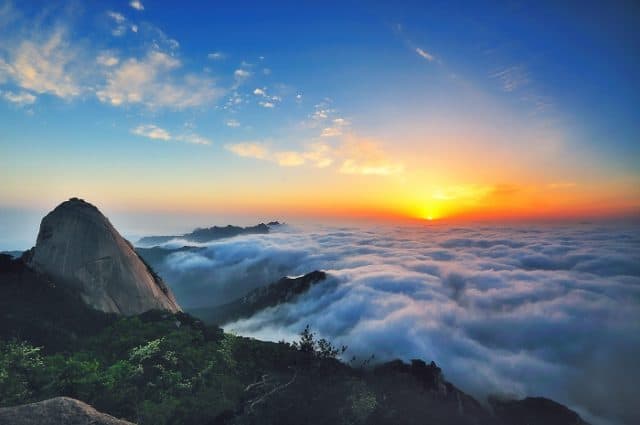 Hiking is one of the favorite activities of the locals, and Korea definitely isn’t running out of mountains to hike regardless of what part of the country you are in. It’s often said the best time of the year to go hiking in Korea is late October to early November when the mountains are filled with tree after tree of full, colorful leaves. Seeing the nature won’t get much better than this! Some of the most famous mountains in Korea include Bukhansan, Seoraksan, and Hallasan.

If you happen to be visiting Korea in the middle of the summer, then this might be something to pique your interest. While it’s an event invited by a Korean cosmetics company, it seems especially popular among foreigners. The Boryeong Mud Festival, on Korea’s Western Coast, consists of ten days’ worth of wrestling and swimming in the mud, as well as mud massages and other events.

Gyeongju is a city in the Southwestern part of Korea, with plenty of sights to see and visit all around the year. And what’s a better way to see them all than by biking around the extremely biker-friendly city? It gets especially beautiful during the cherry blossom season and fall foliage season. 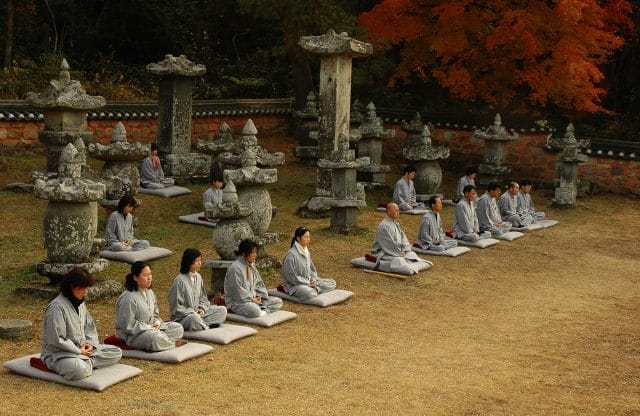 Another great activity to add to your bucket list for Korea is an overnight temple stay. Live the life of a monk for a day in Korea! These temples can be found all around Korea, though most of them are situated in the vicinity of mountains. It’s not as easy as it might sound, but it’s definitely relaxing and rewarding.

There’s so many fun things to do in Korea that you’ll hardly have time to get bored! Do take the chance to get out of Seoul for a little bit and see what else the country has to offer.