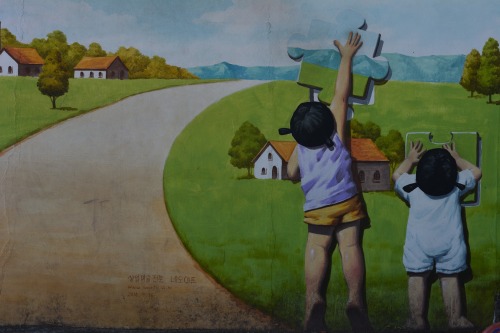 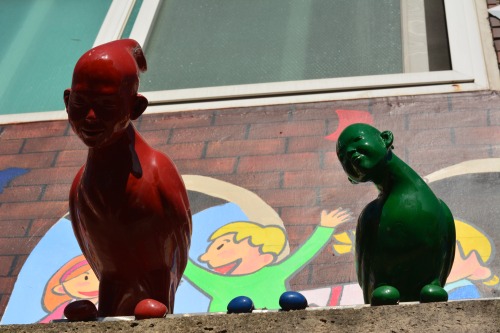 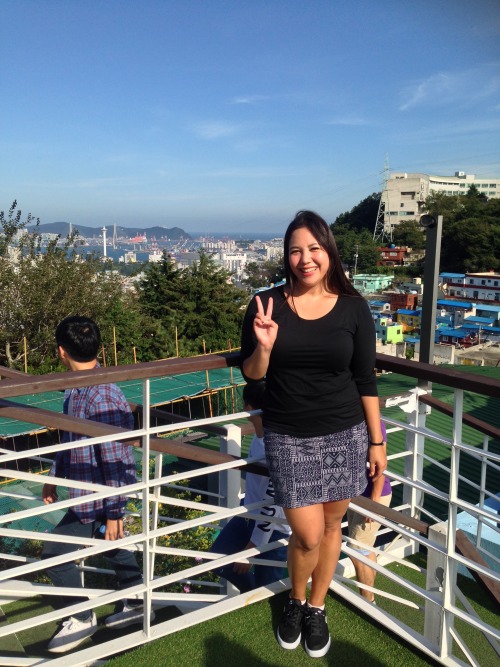 I have lived in Busan for years, but only recently made a trip up the hill to Gamcheon Culture Village (감천문화마을) aka Taeguekdo Village. The small, colorful houses were built quickly out of necessity for refugees during the Korean War. The village was poor compared to other Busan neighborhoods until 2009, when the Ministry of Culture, Sports, and Tourism in South Korea launched a project to model the village into a creative community. The streets were decorated with art and the homes transformed into studios and galleries.

I’ve heard of the area referred to in Korean as Korea’s Santorini, Machu Picchu, or even Legoland, because of its winding roads and colorful houses on hills overlooking the ocean. It felt like a mix between the street art of 798 Art Zone in Beijing and folks walking around in traditional clothes like in Kyoto.

The village is open from 9am to 5pm, and because the village is still inhabited by residents, there are signs asking you to be courteous of people living in the area. Still, there are many residents unhappy with the unexpected tourism, and I don’t blame them. I probably wouldn’t enjoy a bunch of noisy, messy visitors queuing in lines and taking pictures at all hours outside my door.

Directions: Take the subway to Toseong Station and walk out exit 6. Walk a kilometer up the hill or walk to the bus stop (충무동교차로). Take a right out of the subway, walk up the street and the bus stop is just past the hospital. Get on the local bus Saha 1-1, Seogu 2 or Seogu 2-2.