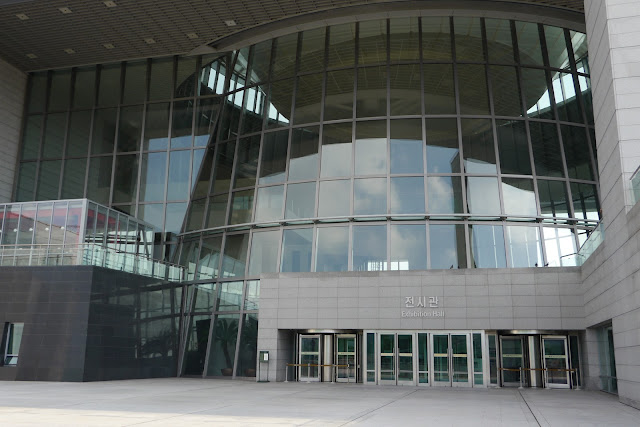 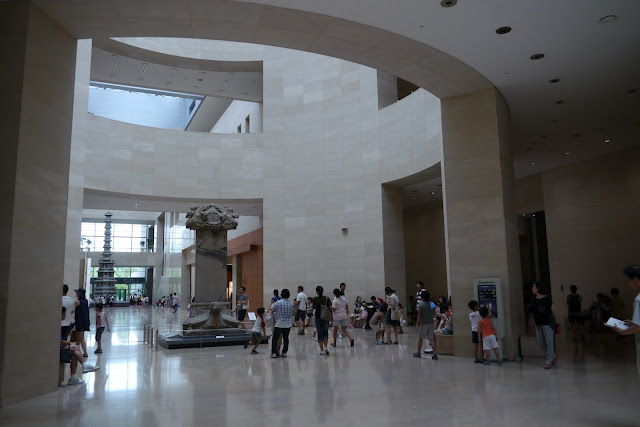 It’s been a few years since I last visited the National Museum of Art out in Yongsan. This summer has been hot lately and I figured it would be a good idea to cool off inside a museum, which has free entry. But mostly I wanted to see the last day of their special exhibit, “Korean Art from the United States.” This exhibition was meant to show how Korean Art became popular in America and the breadth to which museums have Korean collections. 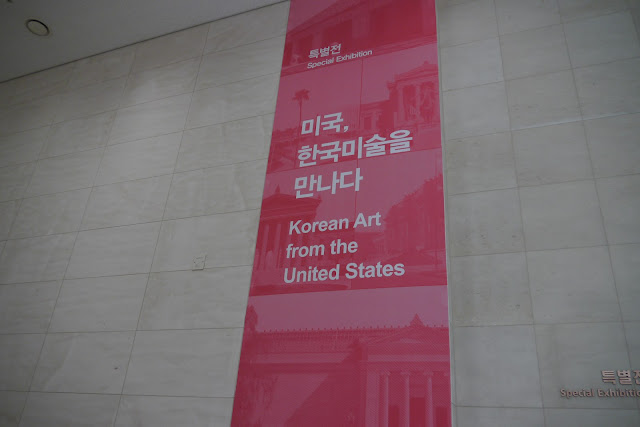 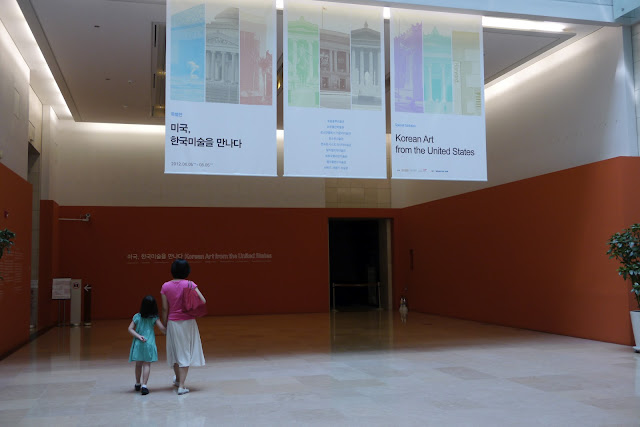 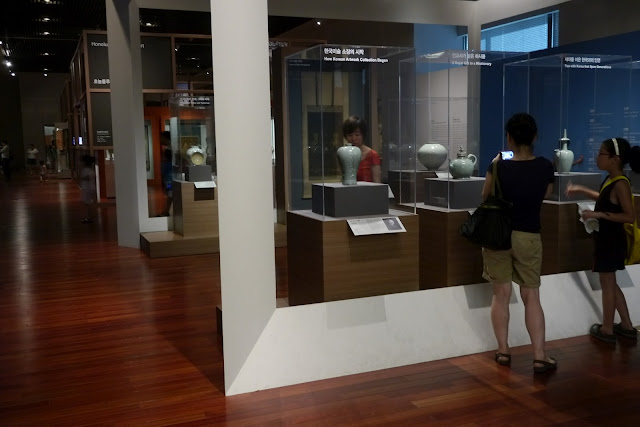 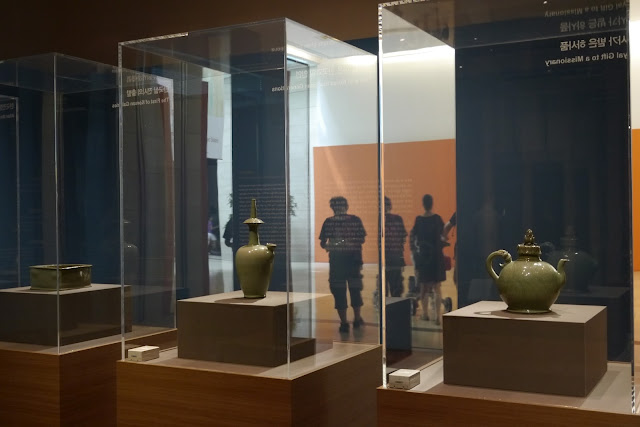 It started off by letting us know that interest in Korean Art by Americans, started with pottery. Then as time passed people became more interested in religious relics. 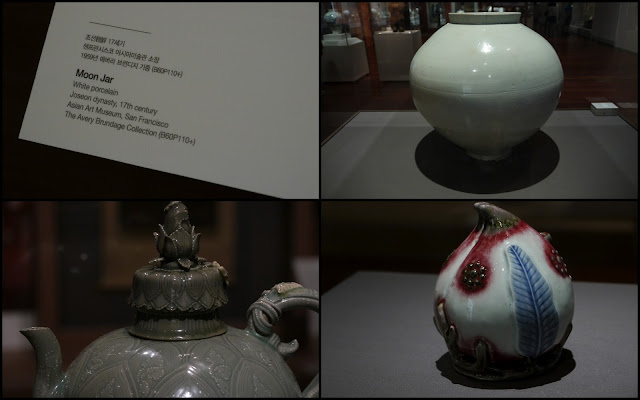 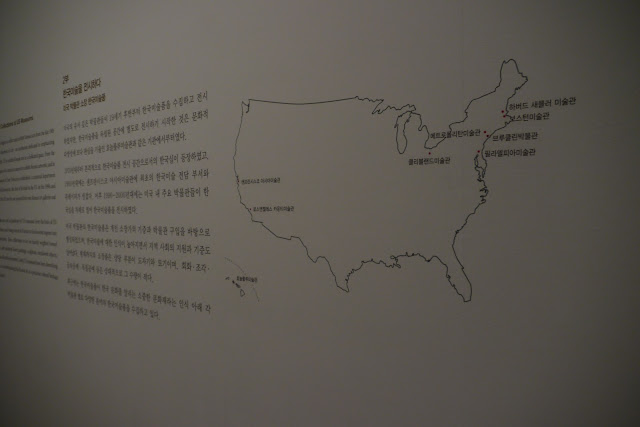 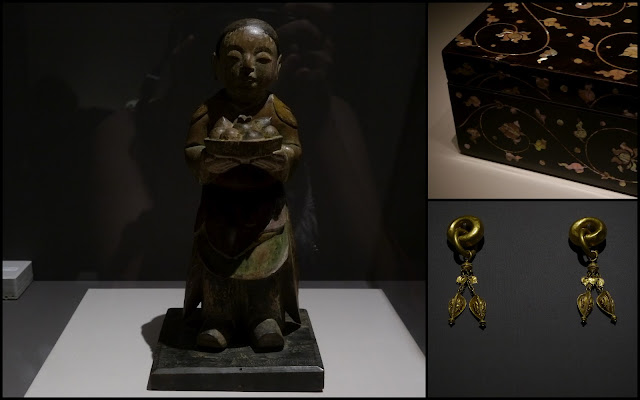 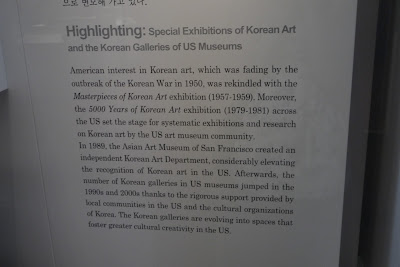 The exhibition was broken up into this first display of works to set the tone and then for the rest of the show pieces were sectioned off into their appropriate museum. It was overall organized very well and the selection of pieces were varied and also quite charming. 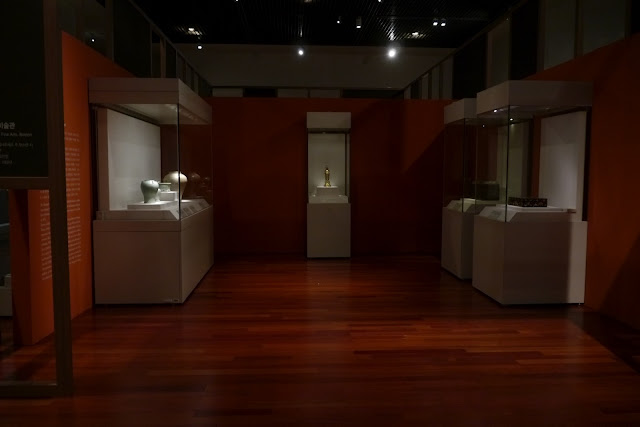 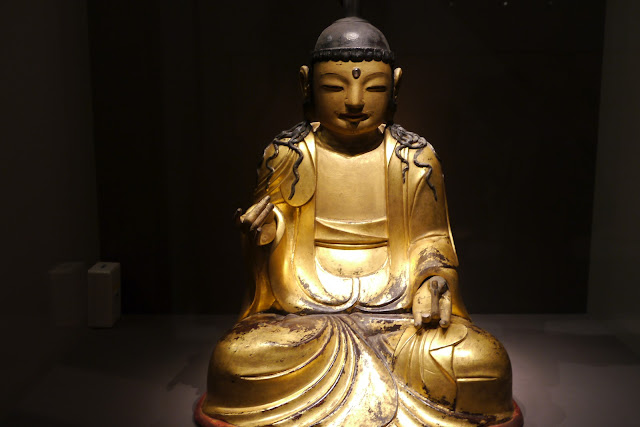 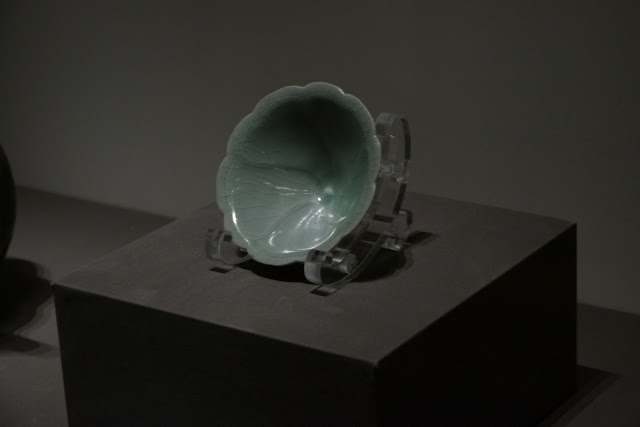 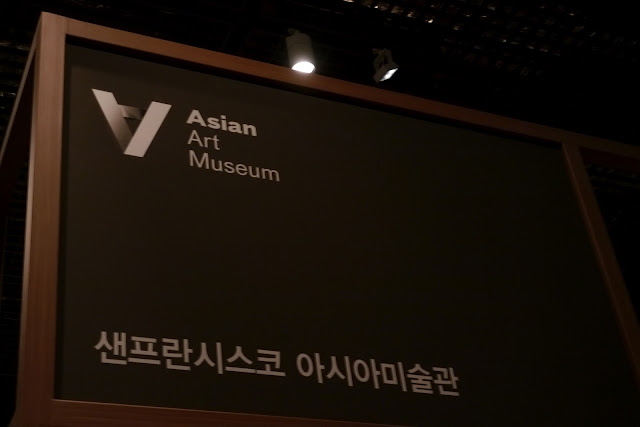 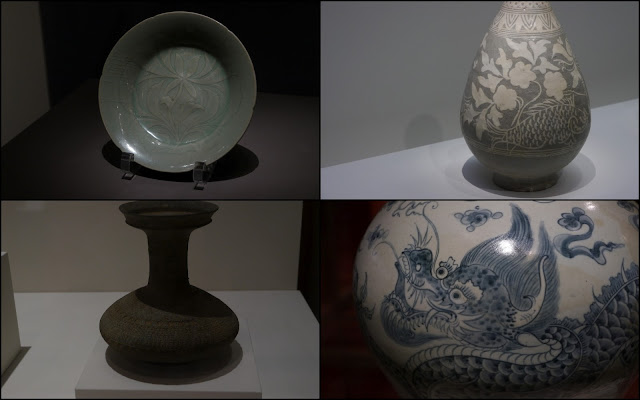 In one section they had an area for one to see gallery books and other literature on Korean Art studies in America. It was fun to see the VHS in there alongside the books. 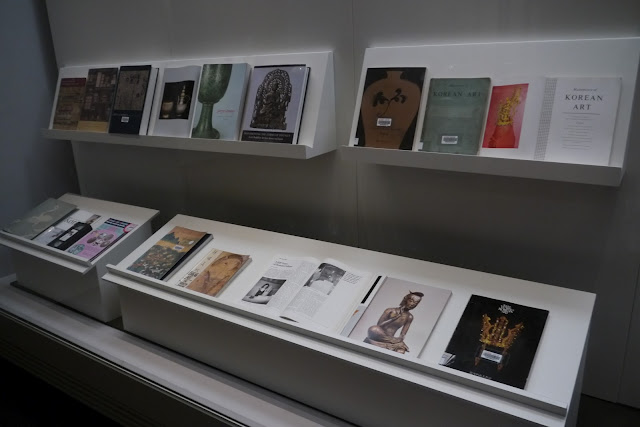 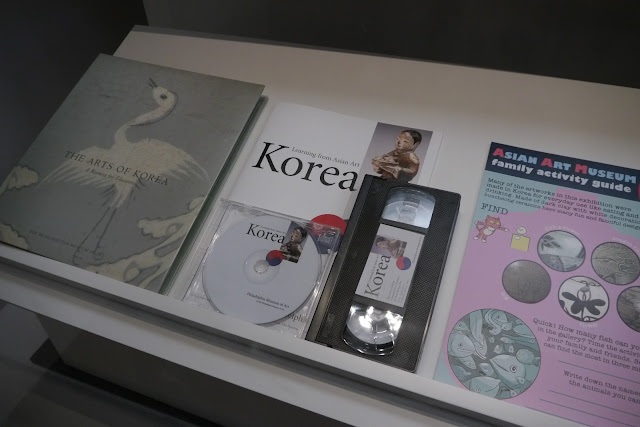 One piece I especially enjoyed was the following painting, which was highly detailed in execution. 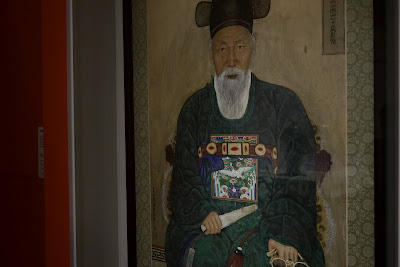 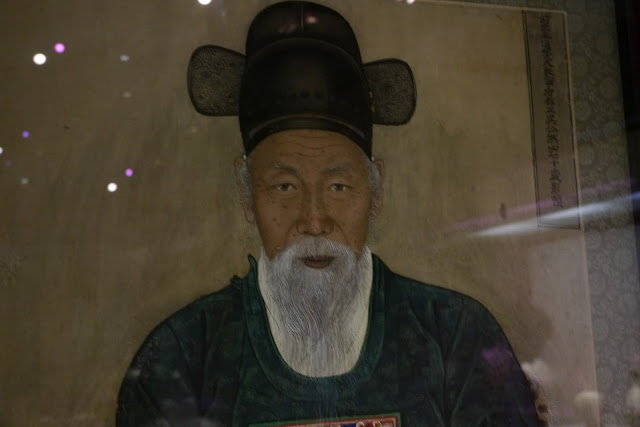 Overall, it was a good show and unfortunately yesterday was it’s last day. So I can’t say that you should hop out and go see it. However, the museum has other special exhibitions going on plus the main hall of art is free to visitors. So why not head out there and cool off under some ancient art work.