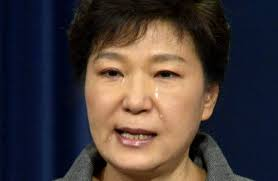 Breaking news. South Korean president Park Geun-hye got fired on Mar 10 when Constitutional Court has unanimously upheld a decision by the National Assembly to impeach her. Park became the first president to be impeached. Park’s problem
began on Oct 24 last year when local TV station revealed the unhealthy influence scandal Park’s female confidante Choi Soon-sil had over the president. South Koreans have been deeply divided between those who were for the impeachment, and against. The downtown in Seoul near Park’s Blue House was packed with tens of thousands of protesters every Saturday,holding candle lights (for impeachment) and Korean flags (against) in the past four months.
An election will be held within 60 days to replace Park. If the election is held today, Moon Jae-in from opposition party is likely to be the next president with nearly 40% approval rating, far ahead of the runner-up with 15%. Despite the court decision, the Korean political theater is expected to be pretty noisy and chaotic until the next election.

My first son just joined the same company his father did exactly 30 years ago. Like father, like son. My son was sitting on the South Pole while his father was camping on the North Pole over Park’s impeachment. Unlike father, unlike son. 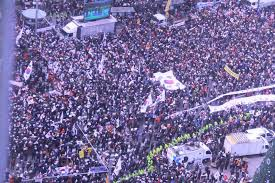