Welcome to our guide for perfecting your Korean pronunciation! In this lesson, we will show you how to correctly say Korean letters, words, and sentences so you will be understood when you speak.

Grab a pen and notebook, as well as your favorite beverage, we’re about to learn how to pronounce words so you can sound like a native Korean! 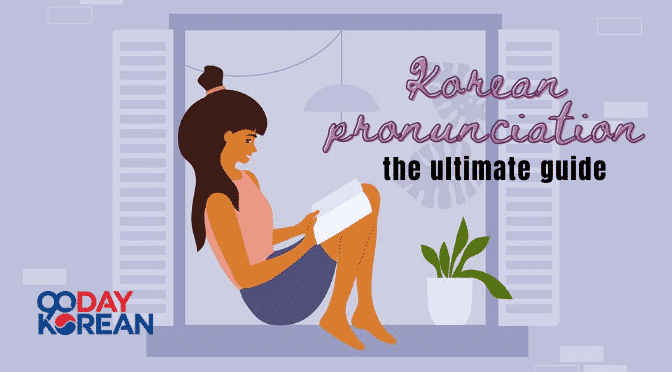 Welcome to our guide for perfecting your Korean pronunciation! In this lesson, we will show you how to correctly say Korean letters, words, and sentences so you will be understood when you speak.

Grab a pen and notebook, as well as your favorite beverage, we’re about to learn how to pronounce words so you can sound like a native Korean!

The nice thing about Hangul (the Korean alphabet) is that there it contains many overlapping sounds with the English alphabet. For example, many of the sounds that are pronounced in Hangul also have similar sounds in English. That makes it an easy alphabet to learn, especially when you have visual associations to help you remember them.

Pronunciation of the Alphabet Letters

For example, we can associate the letter ㄱ to the word “gun” in English. The shape of the letter looks a bit like a gun, and the sound is similar to a “g” sound. So, you may want to associate ㄱ = gun.

The letter ㄱ is similar to a “g” sound, but it also can be pronounced similar to a “k”. That’s because many letters in Korean have a range of sounds. That means that the letter ㄱ can sound like a “g” or a “k”. It doesn’t matter which one you use. Instead, think of it as a “blend” of the “g” and “k” sound.

You may see the letter ㄱ written as a “g” or a “k”, but that shouldn’t be used as a guide for pronunciation. The purpose of writing a Korean word in English letters is often so people who can’t read Korean can approximate the word. However, it’s not a very accurate guide for pronunciation. Instead, it’s far better to spend the hour it takes to learn the alphabet. 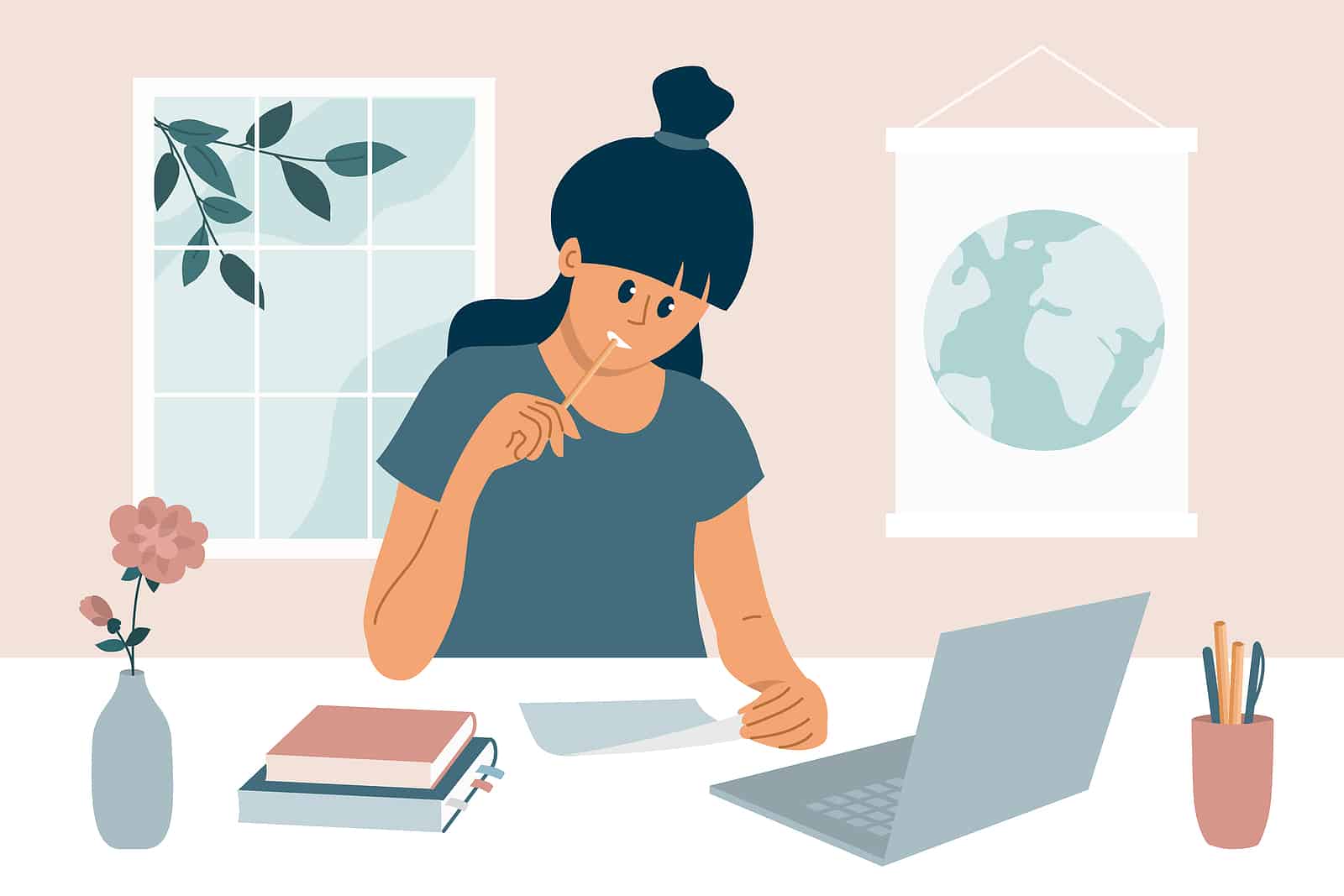 We have a free lesson here that will teach you how to read Korean using visual associations. You can also download the PDF lesson and learn that way.

Many letters in the alphabet have ranges of sounds. Just as the ㄱ can be a blend of “g” and “k”, the ㄹ can be a blend of “r” and “l”. The more you know the ranges, the better you will get at recognizing them when you hear a Korean speaker say them.

The closest approximation to the Korean letter ㄴ is “n”. However, sometimes it can sound like a “d”. The reason is that Koreans sometimes pronounce sounds shortly and abruptly.

You may wonder if the ㄴ makes an “n” or a “d” sound. Many people say that they hear a “d” sound for some words that start with ㄴ. The answer is that the ㄴ is similar to an “n” most of the time, and can sound similar to a “d” at times. The best way to think of the ㄴ is to think of it as its own letter with similarities to some sounds in English.

An easy way to manage this is to follow the associations for the ㄴ, which is the “n” from “northeast”. When pronouncing the words that start with an ㄴ, such as 네, you can pronounce it with an “n”. If you hear someone pronouncing 네 it sounds like it starts with a “d”, then make a mental note of that. Slowly you will learn the range of sounds possible with the ㄴ!

This romanization system is great for people who want to read a few Korean words or signs without needing to learn the alphabet. It can also be valuable for visitors who come to Korea for a trip and don’t know the alphabet.

The rules are useful to know for those reasons. However, you likely won’t use them often if you’re learning Korean. It’s better to know the correct pronunciation for each letter and use those as often as possible.

If you want to become a proficient Korean speaker, then we recommend you learn the associations for the alphabet of Korean as soon as possible. It will help you say Korean words correctly so Koreans will understand what you are saying. Otherwise, you may become frustrated when saying romanized words.

This not only goes for regular letters but also for the special double consonants in Korean. For example, the Korean ㄲ is romanized as kk. However, it is pronounced differently than an English kk would be. If you only learned from romanization, you probably wouldn’t realize this.

Whereas, if you learned how to say the sounds directly from the alphabet, you’d quickly nail how to correctly pronounce ㄲ. While romanizations can offer some aid and comfort in the early stages, it’s best to truly focus on learning the alphabet right from the start.

Now that we have covered some basics to be aware of when pronouncing Korean letters, we can move onto some simple lessons that cover the basic rules for Korean pronunciation.

Consonants only make a sound when paired together with a vowel

Essentially, no consonant alone in the Korean language can make a sound. There always has to be a vowel combined with a consonant. For example, ㄱ alone is nothing, but 가 is ga. This can perhaps explain why the pronunciation to some English loan words also differs from the original English pronunciation.

If the previous syllable ends in a consonant and the next one begins with a vowel, the consonant sound gets attached to the beginning of the following syllable. For example:

Additionally, when the last consonant of a syllable is ㅎ, it will become silent in the world. Like this:

Only when the last consonant of the syllable is ㅇ does the consonant sound not switch over to the following vowel.

What if the consonant isn’t followed by a vowel?

Most of the other consonants will be pronounced as ‘t’ in this case. The two exceptions are ㄹ, which will simply be pronounced as ‘l’, as well as ㅇ which gets a sound similar to ‘ng’ when it’s the last consonant in a syllable. Although these rules occasionally include verbs, the majority of the time you’ll run into these pronouncing situations with nouns.

Unlike in English, Finnish, and a lot of other languages, a double consonant in Korean doesn’t actually get pronounced twice as long or with twice the emphasis. Getting the level of pitch and emphasis correct on Korean double consonants is some of the hardest parts of Korean pronunciation you’ll learn. 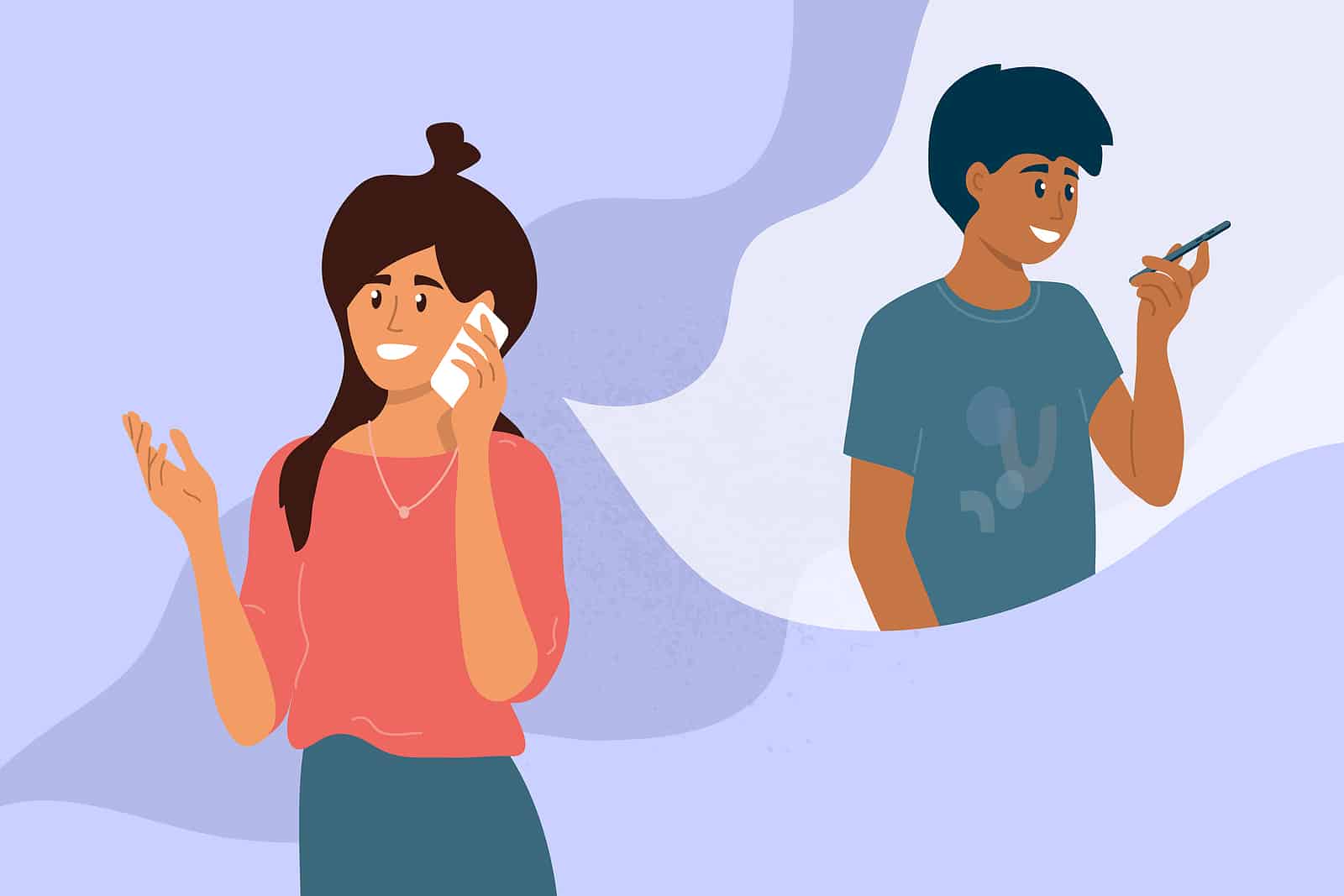 The romanization is here just for reference. Try to follow the Hangul when practicing your pronunciation. To learn about double consonants in more detail, please refer to our guide on Korean double consonants.

In common language, this means a strong burst of air that follows the consonant. You could say that this consonant is a stronger version of its “original” version. Their romanization has also changed over time. Previously the romanization for ㅋ, ㅌ and ㅍ was kh, th and ph, respectively, but the “h” has since been dropped.

Understanding the previous romanization could help you understand why these consonants are referred to the way they are, and even how they are supposed to be pronounced. When pronouncing them, try to get your k, t and p as strong as you can.

The ㅊ, which is ch in its basic sound, is more straightforward to understand. In each case, the pronunciation of the consonants is quite identical to their English counterparts, especially as they are often used specifically in loan words. Here are some words you can practice with:

The ㄹ-consonant can be a tricky letter and produces many special cases. We’ll give you some basic rules for pronouncing this letter the correct way.

There are some special cases, but these rules will work most of the time.

This means pronouncing a word differently when certain consonant sounds follow each other. The purpose of the change is to make the pronunciation more natural and easy. Below are the most common assimilation types you will run into.

Finally, we have the syllables that end with two consonants in the final position, such as 닭. In these cases, when the next syllable begins with a vowel, the sound of the latter of the consonants simply gets transferred to the following syllable. For example:

If one of the consonants is ㅎ, this will simply get ignored. Like this:

If the next syllable also begins with a consonant, it might get trickier to understand as there is no specific rule and you’ll simply have to memorize how the words are pronounced. But to give you something to start with, each cluster does usually have their own set of rules. Like this:

If there is a cluster with ㄱ in it, such as ㄺ or ㄳ, typically ㄱ is pronounced and the other is silent.

Before we send you off to practice what you’ve learned in this lesson today, we’ll quickly go over some commonly made mistakes with pronouncing Korean properly – so you won’t waste time making them!

Here are some mistakes to avoid:

1. Not pronouncing loan words, such as coffee, the Korean way of pronouncing the word. (커피 vs coffee)

Solution: Read the word in Korean instead of in English

2. Over-emphasizing syllables in a word. Correctly speaking words in Korean can be quite flat, so your sentences will sound unnatural if you stress some syllables over others.

Solution: Make an effort to listen to the intonation of Korean speakers.

3. Pronouncing double 받침 as the word is written.

Solution: Note that there are some special cases with double 받침, so be conscious of them.

4. Mixing up the vowels 어 and 오. 어 has a much open and relaxed sound, whereas 오 is more profoundly ‘o’.

Solution: Get clear on the pronunciation distinction between these two. Practice as much as needed.

Solution: You’ll want to practice this a lot, it’s such an uncommon sound to make for many Korean learners.

6. Overstressing ㅎ when a lot of times it’s rather silent.

Solution: Listen for the times when ㅎ is silent, such as in adjective 좋다.

Solution: Note special cases as you see them. Don’t worry about learning all of them at once.

8. Trying to study all of the pronunciation rules at once.

Solution: These rules take time. It can be overwhelming to study them all at once, and it may slow down your Korean language progress. Note them as you go, and continue with your plan.