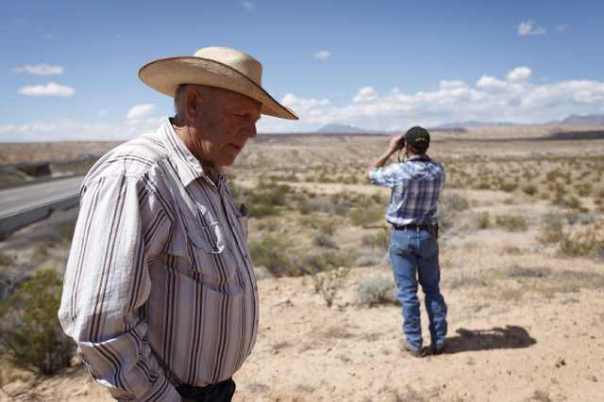 It’s so seductive, so romantic, so quintessentially American: One man, a rugged individualist, standing up to an overreaching, abusive government that has singled him out for example-making. He is a quiet, industrious man just working the land, just as his family has done for generations before him, and now Big Brother wants to put an end to it, in the name of a tortoise. But the jack-booted thugs have crossed the line in the desert sand. This old coot is not going to budge. He’s going to make a stand. Is it any wonder why so many people in America are coming to defense? Or are the issues really that cut and dry?

It’s so seductive, so romantic, so quintessentially American: One man, a rugged individualist, standing up to an overreaching, abusive government that has singled him out for example-making. He is a quiet, industrious man just working the land, just as his family has done for generations before him, and now Big Brother wants to put an end to it, in the name of a tortoise. But the jack-booted thugs have crossed the line in the desert sand. This old coot is not going to budge. He’s going to make a stand. Is it any wonder why so many people in America are coming to defense? Or are the issues really that cut and dry?

This story caught my eye earlier in the week when it popped up on my Facebook feed. A friend of mine linked it, applauding Nevada rancher Cliven Bundy, who has been embroiled in a dispute with the federal government for over 20 years now. Bundy owns a 150 acre cattle ranch near the town of Bunkerville, but he also grazes his herds on a 600,000 acre tract owned and administered by the Bureau of Land Management. Ranchers who graze on BLM land are required to pay grazing fees (which are really a pittance). After all, they are using public land to turn a personal profit. Seems fair enough.

Not for Mr. Bundy. In 1993, the BLM adopted new regulations for the Bunkerville tract in order to protect the habitat of the endangered Mojave desert tortoise, restricting the amount of cattle Mr. Bundy could graze to 150 head. The old cowboy took umbrage with this, and has since refused to pay his grazing fees or reduce his herd, increasing the population to over 900 head of cattle.

Damned ecoterrorists! Spoiling it for the rest of us job creators!!!

Two decades have passed and the case has been in an out of court, with Bundy losing every decision. The BLM claims that he currently owes over a million dollars in grazing fees and penalties, but Bundy still refuses to cough up or remove his cows. So after several federal court orders, the BLM moved in last Saturday, and with hundreds of armed agents–along with trucks and helicopters–and began the arduous task of removing the trespassing beasts. As of now they have removed over three hundred. Mr. Bundy claims the he and his family are exempt from paying grazing fees or following the rules, since his Mormon family has been farming and ranching in the area since settling it in the 1870′s. He’s referred to the Bunkerville tract as “my land,” and repeatedly says he doesn’t recognize the federal government’s authority over any state land. He even is on camera claiming that he “(doesn’t) recognize the U.S. government,” period. He has threatened a “range war,” if the feds make good on their promise to remove his cattle, with his wife saying “I’ve got a shotgun and I know how to use it. We’re ready to do what we have to do…”

This, predictably, has blown up in the media, with the usual right-wing suspects throwing gasoline on the range fire, applauding Bundy for making a stand against a “tyrannical” (it’s always ‘tyranny’ with them–get a new word already) government.  And now the “militias” are following suit, sending their armed to the teeth wannabe warriors into the fray to protect the rancher from Obama’s freedom-hating agents. Hundreds, if not thousands of these camo-wearing faux soldiers are at the ranch already, turning the place into a powder keg, rekindling memories of Waco and Ruby Ridge, times when the government went in guns a-blazing.

Whatever your opinion on the matter, THIS has become the story to watch. These militia types must be creaming in their Duck Dynasty underwear. They have made this their flag issue and I’m sure are eager for shots to be fired, so they can ignite the “Second American Revolution” that these guys have been drooling over for years now. Check ‘em out here, protecting old Bundy (second from the right, white hat).

“Can we hit Taco Bell after watering the tree of liberty?”

And as stirring as the image of the old man standing alone against the evil feds is, I have zero sympathy for Mr. Bundy. Like most Western ranchers, I imagine that he’s a very wealthy man, and now he’s demanding that he use our land–public land–for free. He doesn’t think the rules should apply. He believes that he should be able to do as he please and profit from it. He’s essentially asking for handout (so much for the rugged individualism) at OUR EXPENSE. And I thought that these right wing/libertarian types were against freebies. Mr. Bundy, like many ranchers in the West, has a twisted sense of entitlement, and at first I was so surprised that his cause was eliciting so much sympathy. This isn’t the story of a poor farmer getting bullied by the nefarious forces of Uncle Sam. This is the tale of a rich white guy refusing to pay his fair share. It’s Wall Street on the high desert. 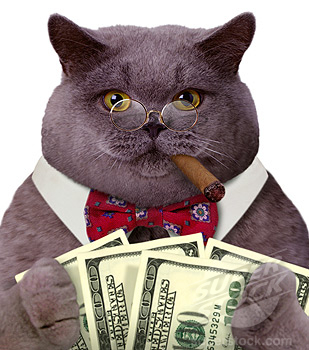 And that’s just the deal now, isn’t it? These militia and Tea Party types despise the “parasites” and “takers,” as long as they are poor (Being brown or black helps as well). Rich white folks are always “decent” and “hard working,” even when their privileged lips are clearly and firmly suckling on the public teat.  Imagine how they’d be reacting if this was the story of a black guy in an urban environment refusing to pay rent to a slum lord. I think we can safely assume that the tubby militia cavalry would’t be riding in pell mell to save the day.

But the government–surprise surprise–is clumsily misstepping here. Yes, the recalcitrant Bundy clan issued some vague threats, but did that really require the BLM and other agents to move in with 300 heavily armed men, posting snipers, and acting the part of paramilitaries? People have been roughed up. Bundy’s son was tazed and arrested.

Most egregious are the “First Amendment zones” set up for journalists and protesters. The BLM insists that these are just for everyone’s “safety” (always the excuse to take away rights), as if the guarantee of freedom of speech can be geographically contained. I don’t recall reading anything about that in the Bill of Rights. But this bullshit has been going on for years now. I remember taking part in the WTO protests in 1999, as well as the DNC protests in LA in 2000. Both events saw the authorities set up “free speech areas,” in clear violation of our rights. Straying out of those areas without proper accreditation resulted in an immediate beat down and arrest. I guess such penning up of the opposition is de rigeur  these days. Welcome to modern America.

The government’s plodding, heavy handed response has only served to feed the sympathy for Bundy, serving as evidence, in the eyes of anti-government types, of the malignant forces at work here. I get it. People are losing patience with the growing fascism in our government, as seen in the NSA, the TSA, and the ever-growing list of police abuses.

But… that doesn’t excuse Bundy. He has flouted the law for over 20 years now. In this case the BLM has been more than patient. Should they just shrug, and allow him to continue violating the law? Should ranchers be allowed to graze on public land at will, with no regard for the rules and regulations that allow us all to enjoy it? When I am home, I spend tons of time camping, hiking, and above all fly-fishing on BLM land. I pay the fees. I follow the rules. Why shouldn’t everyone else?

Bundy and his supporters refuse to even recognize the authority of the BLM, which took over huge areas of open range land in the 1930′s. Bundy claims his family was using the land before that, which is probably true, but it doesn’t mean he owns it. He has no title, no deed. He just claims “ancestral rights,” which have not been recognized in court. In absence of any real defense, he just tries to wish the law and the authority away.

If they hate the government so much, why fly its flag?

Allow me to indulge in an analogy here: I think the War on Drugs is a total waste and failure, not to mention a harmful and immoral undertaking that has destroyed far more lives than it has saved. The DEA is the authority that most represents this failed policy and prosecutes its battles. If I traffic cocaine (which, like refusing to pay grazing fees, is clearly against the law) and get busted, how much sympathy do you think I will elicit when I moan about “not recognizing their authority?” They are the actual agency in charge, whether I like it or not. The BLA owns the land Mr. Bundy grazes and the desert tortoise is protected whether he likes it or not. Tough titty, old man.

Authority is not always in the right and not all laws are just, but many actually have made our society a better place to live. People cannot arbitrarily decide which laws to obey and which not to and expect no sanction. If a certain law is odious, it should challenged and changed. There are legal channels, and then there’s civil disobedience, the path that Mr. Bundy has chosen.

But is the law he despises–federal ownership of land–really so terrible? I personally LIKE the fact that large amounts of land are protected by the feds and open for all who agree to the terms of use. This is one of the richer legacies left to us by wise policy makers of the past. But Mr. Bundy, in mumbly interviews, maintains that it’s against the Constitution for the federal government to own land and make/administer the rules regarding its use. Has he ever read the Constitution? Or is he just a wheezy right-wing gasbag who tosses around the word “unconstitutional” for laws that get in the way of him turning the highest profit possible? I suppose he would like to see all federal land in private hands. After all, shouldn’t all land be squeezed for a dollar?

I’m fascinated (if not a bit obsessed) by this story and am interested in seeing how it goes. I hope no blood is shed, but these militia dudes have a lot of hardware and itchy fingers, though they are sadly deluded if they think their intervention  will spark the oncoming race war, or culling of the socialist leeches, or whatever comic-book fantasy they’ve concocted to make up for the fact that they feel flaccid and powerless in real life. 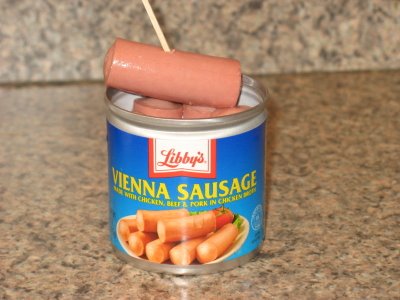 In the meantime I’m moving home to set up a methlab in the Mt. Rainier National Park. My family has lived in the shadow of the mountain for three generations, and I refuse to recognize federal sovereignty in Washington State. Any Oath Keepers care to join me? I’m buying the beer.