Even before the Asiana crash, I had been warning of the perils of Korean respect culture.  Then immediately after it, the suspicions about the cause of the crash started to resemble Malcolm Gladwell’s cockpit culture theory, which was critical of Korean culture before with other plane crashes.  Ask a Korean then wrote about it on his site, pointing out that Gladwell wasn’t as thorough as he should have been.

Even before the Asiana crash, I had been warning of the perils of Korean respect culture.  Then immediately after it, the suspicions about the cause of the crash started to resemble Malcolm Gladwell’s cockpit culture theory, which was critical of Korean culture before with other plane crashes.  Ask a Korean then wrote about it on his site, pointing out that Gladwell wasn’t as thorough as he should have been.  He was right about that, but he never proved Gladwell wrong and he went a step too far in insisting that talk of Korean culture being a factor in plane crashes was an example of a kind of prejudice called “Culturalism”, which he compared regularly (and wrongly) to racism.

TheKorean’s post struck a chord with many people on the left because there is nothing more popular than someone who strikes down an argument against a non-Western culture.  All cultures are equal, don’t you know, in all given situations, they just do things differently and there is no such thing as right or wrong (except when it comes to the West, and the US in particular, being wrong) and those poor non-Western cultures always need (our) protection.

I wrote a response to TheKorean, I did so because I was disturbed by three things: 1 – One should not discount all possibilities when investigating a crash, truth is what counts, not cultural sensibilities when it comes to life and death; 2 – I was worried that comparing such thoughts about a culture to racism may dissuade people from honest truth searching for fear of being labeled “Racist”; and 3 – I knew the possibility of Korean hierarchical respect culture playing a role in the crash was a very plausible one.

In his most recent post, I feel TheKorean is doing some serious stretching of his previous arguments in his first (without acknowledging that is what he is doing) and he seems now to think that the first of my concerns above was something he was never arguing against in the first place.  What did he say about entertaining a question like whether Korean culture had anything to do with the crash?

TheKorean – “If entertaining that question seriously wastes time and distracts from asking the more realistic and pertinent questions, the question is not worth thinking about.”

So he says all possibilities should be considered, including culture, but ….. it is silly and wastes time to do so. As I said in argument with him at the time, does asking the question really waste time?  Does it really stop a full investigation of all possible avenues?  Does TheKorean think that, when it comes to air crashes, investigators are not going to be as thorough as humanly possible?  It is ridiculous to think that they would turn around and say, ” Hey, it was because of Korean culture, right?  Okay, let’s just not bother doing any more work and go home.”  Anyway, the fact that Korean culture was trotted-out as an explanation clearly annoyed him, if not why did he write what he did?

So why was I still so suspicious that Korean respect culture might have contributed to the crash (even before reading recent findings confirming that it surely did)?

The answer stares everyone in the face everyday, if you are living in Korea.  I suspect even many Koreans themselves know it as well, but like most of the foreign visitors to Korea also, they don’t want to see it. Every time a woman automatically makes the coffee, every time an older worker gets away with being lazy simply for being older, every time younger people are forced to attend company dinners and get drunk at them, every time younger workers are given more work than their elders, and even every time when anyone has to “talk up” to anyone else.

Respect culture is unequal and discriminatory by nature, to be frank it is flawed by nature as it is sexist and ageist.  When it comes to children and grandparents it’s nice, but when we all grow up it stops being useful. It is not necessary because respect of our elders comes naturally or not at all.  And as we all know in Korea, one person only needs to be a year older than the other to cause a significant difference in how they are spoken to and treated (a kind of fundamentalist ageism, don’t you think).

In Korea, many people don’t respect their elders – it depends on whether they earn respect or not, just like everywhere else – but they almost always fear their elders, or at least fear to not show their respect to elders. The difference is important because if you respect someone, being honest in disagreement shouldn’t be a problem, but if you fear someone, being honest in communicating with them becomes a serious issue.

Some of the situations I mention above seem trivial, but they are not, they are everyday examples that habitualise a way of living and a way of being that is hard to be snapped out of.  The fact is that, in Korea, if you are older or in a higher position at work – and especially a man – you are more likely not to be told of your mistakes, if you are younger you will probably hear about them non-stop (over and above what naturally occurs in other cultures also).  I have no statistics to back up this statement, but it this seems so undeniable that it is a close to an unadulterated fact as you will ever get. Everyone knows this is true and I have never met a Korean who has denied it.

So when TheKorean makes an argument that says why would a pilot risk the lives of everyone on the plane just to be polite to his elders or those of superior rank, he misses the point entirely:

It is more than likely there is no conscious choice going on inside the head of the pilot, he is simply acting in way he has been conditioned to behave over his entire life.  He would not be playing eeny, meeny, miny, moe with couple of hundred passengers, himself and his co-pilots on the one hand and his concerns with politeness on the other, that would be absurd.  The whole point of the cultural explanation is that it works around logic; it is behaviour that has become ingrained and hard to break out of, even in possibly critical situations.

People from countries without respect culture are also prone to not speaking out against their superiors and this is the argument for, “cockpit culture”, generally and that this is just a fact of life across all cultures. Sure, it can happen in anywhere, but what kind of cultures are more likely to have a problem with questioning their superiors?  Honesty and common sense points you towards the Far Eastern respect cultures. Korea’s hierarchical respect culture is still so rigid that it will be prime suspect when it comes to possibly life and death breakdowns of communication and should always be investigated.  Forget offending another culture, this is about moral responsibility to discover the truth, which is far more important. 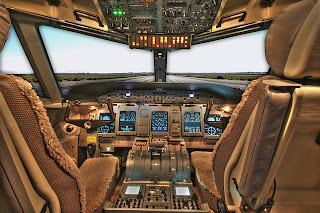 Bobby McGill over at BusanHaps gave a good summary of some of the recent information from the interviews by crash investigators of the pilots.  Now, I’m not going to be all smug and say, “I told you so”, just yet but things aren’t looking good for those who think, not only that Korean culture had nothing to do with it, but that it was wrong to even think of it as one of the leading contributory factors.

Before the Asiana crash my wife had signaled a number of warning signs to me when she talked about her job as a nurse in Korea.  This is when I became convinced that cultural etiquette in the form of too much “respect” (I would call this fear) could be life threatening.  She recanted a story which I shared in the post I mentioned earlier, “The Perils of Respect Culture“, of nurses fearful of speaking out to their superiors as they witnessed a patient’s blood pressure dropping precipitously, failed to act with enough urgency to then tell the doctors for fear of being scolded, and finally – after the lucky escape of the patient – younger nurses were not listened to regarding the possible cause of the patient’s near death, despite one of them having witnessed a similar case in another hospital, while the others were generally flummoxed.  Other stories of patient care compromised by a failure of honest communication were also forthcoming on a regular basis.

So in a situation with any chain of command, any natural hierarchy of rank or age, I think we are right to be a little suspicious of Korean culture.  In my time here, there have been too many times people have not proved consistently able to handle these kind of circumstances in a satisfactory manner.  There are often too many crossed-wires and too many unfair, and illogical decisions going on from those of high rank and in my experience they are rarely, if ever, questioned by younger or lower ranking individuals.  Until Korean culture can sort itself out in this regard, the culture brings the suspicion upon itself.

This is not an attack on Korean culture as a whole, just one specific aspect of it.  Much like when there is a group of football fans causing trouble or violence in a city holding an international football tournament, many people from other countries might think of English supporters first, sometimes countries or cultures can deserve some of the judgments made about them.  This isn’t to say you should look at a random English football supporter and discriminate against them or automatically think they are trouble, but I don’t think I’d blame a bar owner being a bit worried about of a group of rowdy English supporters coming through their doors after England lose an important match, for example.

To sum things up, I think I will just use the words of another because they are so damn good.  A comment was left on TheKorean’s recent post (posted by “Michael”) that hit the nail so squarely on the head as to close the matter entirely, especially the last paragraph:

Note: Also read Michael’s other comments (here and here) don’t mean to be overly complementary (which is not usually my style), but he is now my new hero and makes perfect sense.

I hope I have explained well enough why we do have reason to believe Korean culture could very well have played a role in some of these plane crashes and are justified in suspecting so.  One can’t help but also think that if there was no reason to suspect Korean culture as a cause, why did the theory ever come up in the first place?  It all seems a clear case of cultural relativism to me.  We have a right to point out the cultural theory and Koreans need to listen carefully and decide whether we have a point and whether they need to change this aspect of their culture or at least work extra hard on making it disappear in the cockpit.