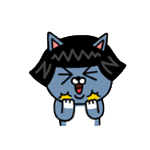 ATTRACTIONS IN HAEUNDAE, TOP 10 !!
1. Haedong Yonggung Temple
: Haedong Yonggung Temple is a Buddhist temple in Gijang-gun, Busan, South Korea.
2. Gwangalli Beach
: Gwangalli Beach  is a beach in Busan, South Korea. It is located at Gwangan2dong,Suyeong-gu, Busan Metropolitan City, west of Haeundae Beach. It sits inside a cove spanned by the Gwangan Bridge and covers 82,000 square meters over a length of 1.4 km and a width of 25 to 110 metres, in a curved in a half-moon shape with fine sand. Adjacent are alleys with restaurants, coffee shops and nightclubs. Because of its popularity, city officials are pushing for improving water quality around the beaches.
3. Haeundae Beach
: Along the 12 km of coastline is Busan’s most popular beach, and with Seogwipo’s, it is one of the most famous beaches in South Korea. Because of its easy access from downtown Busan, the beach is busy year round with several kinds of beach festivals.
4. DongBaek Island
: Set at one end of the Haeundae beach, Dongbaek Island does not need a boat to get there. It is now joined to the mainland. The island is a small hill with a park. There is a walkway built right around it.
There are a number of view points along the way to stop and take in the landscape. The most spectacular being in the evening, when the Gwangali bridge is lit up. The park is worth exploring.
5. APEC Naru Park
: This purpose-built building was the site of the 2005 APEC summit and is preserved for visitors to see where the world leaders met, including where they sat in the Korean-themed round chamber, and even shows samples of the swag they collected.
6. Busan Aquarium
: Busan Aquarium is an aquarium located in Haeundae Beach, South Korea.
There are about 250 species and up to 35,000 marine animals on display. The main tank contains 3,000,000 litres(790,000 US gal) of water, and the animals can be viewed through acrylic windows or from the 80-metre (260 ft) underwater tunnel. There are 40 exhibits, which include penguins, otters, piranha, sea jellies and a touch tank for a close up “hands on” look at a variety of sea creatures.
7. BEXCO (Busan Exhibition & Convention Center)
: Busan Exhibition and Convention Center is a convention and exhibition center located in Centum City, Haeundae-gu, Busan, South Korea.
It has hosted a variety of events, notability as a concert venue for Koreans as well as international artists.
8. Haeundae Dalmaji-gil Road
: A beautiful wooded walk set on the side of a mountain, overlooking the sea! Can it get better – yes. The legend goes that this spot is the favorite for couples on Full moon days, because a prayer to the Moon God (before he starts diminishing) would certainly get answered.
9. Gwangan Bridge
: The Gwangan Bridge is a suspension bridge. It connects Haeundae-gu to Suyeong–gu. The road surface is about 6,500 meters long, with the bridge as a whole spanning 7,420 meters. It is the second longest bridge in the country after the Incheon Bridge in Korea.
10. Busan Cinema Center
: The Busan Cinema Center (also called “Dureraum,” meaning enjoying seeing movies all together in Korean) is the official, exclusive venue of the Busan International Film Festival (BIFF), where its opening and closing ceremonies take place, located in Centum City, Busan, South Korea. As of July 2013, it has the Guinness World Record for the longest cantilever roof.
HAKO Travel Magazine
– sister company of HiKorea Hostel in Haeundae, Busan.
homepage: www.hikoreahostel.com