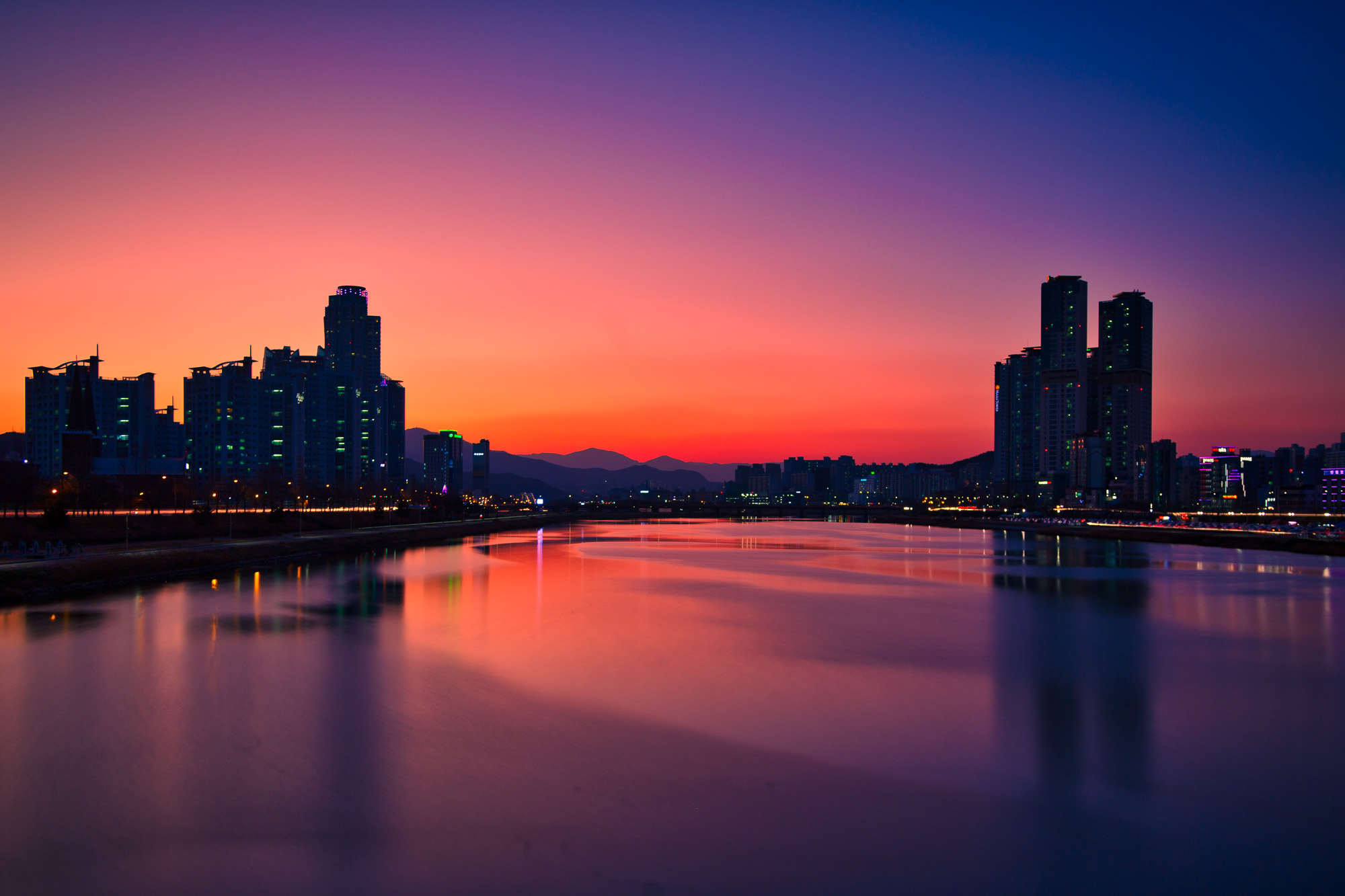 It is the evening of January 2nd as I write this and I have had a slow but productive weekend. In many ways it was reflective of the past year.  I would say that 2017 was a defining year for myself and my photography. It went by unusually fast but had its share of ups and downs. Without boring you too much, I will go through them as best that I can.

At the beginning of the year, I took the blog in a new direction and focussed more on learning than I did in the past. The purpose was to give the blog a stronger focus and align it more to my learn.jasonteale.com page that is designed to actually help people learn photography and editing. I dialed in a number of ideas about the theory and business of photography as well as the travel side of things. Little did I know that 2017 was to become one of the hardest years of my photography career. 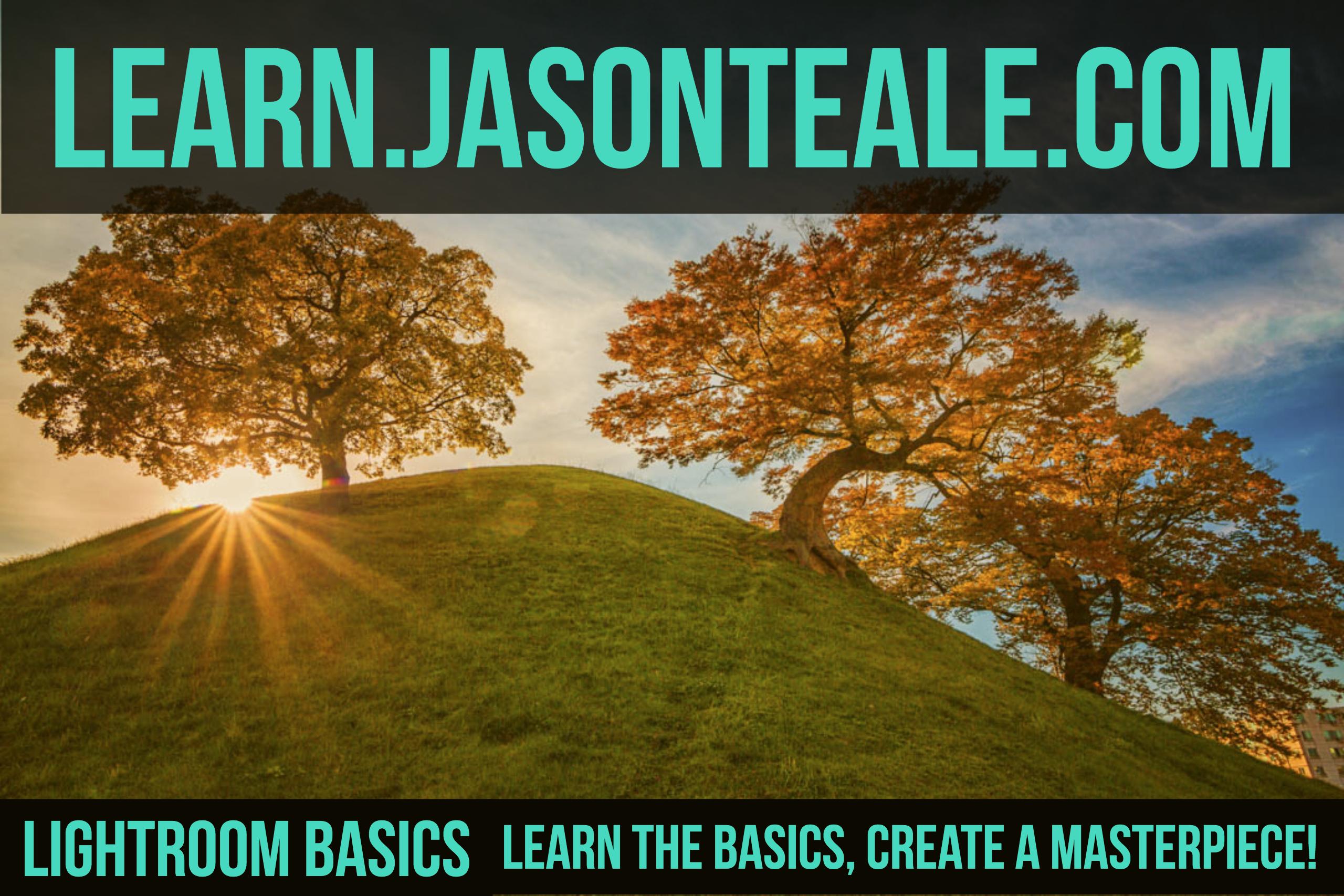 At the beginning of the year, I launched a new course on lightroom that pushed me to focus more on the marketing side of things. I had no idea that after spending over a decade taking photos and teaching that it would lead up to a lot of criticism from numerous professionals in the industry. More on that later, but basically I had to learn how to market myself more than just posting ads on instagram.

The biggest success came with the inclusion in the 5DayDeal. This was an amazing experience and I have to thank Griffin, Valerie and Corwin for taking a chance on me. Being a part of this event helped solidify what I really wanted to be doing. I also have to thank Griffin for always being there and offering some solid advice.

March had some ups and downs. I was part of the Hyundai Hotel Global Supporters program and that was amazing. It gave me a much needed break from juggling my photography, teaching full-time, and completing my masters. I stayed at some of the best hotels in county and got to focus on what I love to do.  It was a great feeling to be a part of the Global Supporters team and to say in such luxurious accomodations simply to take photos and blog about them. The feeling was short-lived as my Grandmother passed away on my birthday directly following one of the assignments. 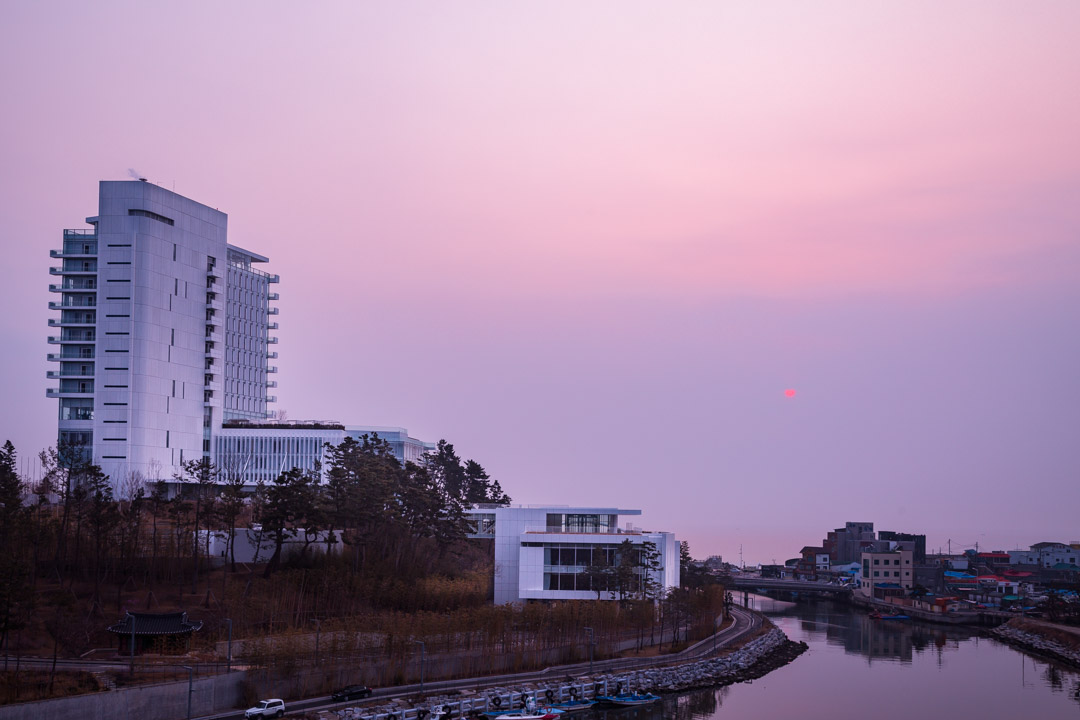 This had a great impact on my wife and I as we firmly decided to leave Korea and return home to Canada within the next 2 years. Meaning that my photography will play a greater role in my future than I had originally planned. After losing my best friend to cancer a few years ago and then my Grandmother and not having the ability to drop everything and fly home, makes you start to reconsider your career path.

March also had the first round of critiques on photography as well. The first was from pro photographer Jared Polin from Fro Knows Photo  who offered some advice on how to cut through the noise. It was a tough pill to swallow but I took his advice and started a youtube channel. I never realized how hard it was to put out content in the form of a vlog or weekly tutorial. I decided to start thinking more about how I could get my name out there. I later found out that this is a double-edged sword to say the least. 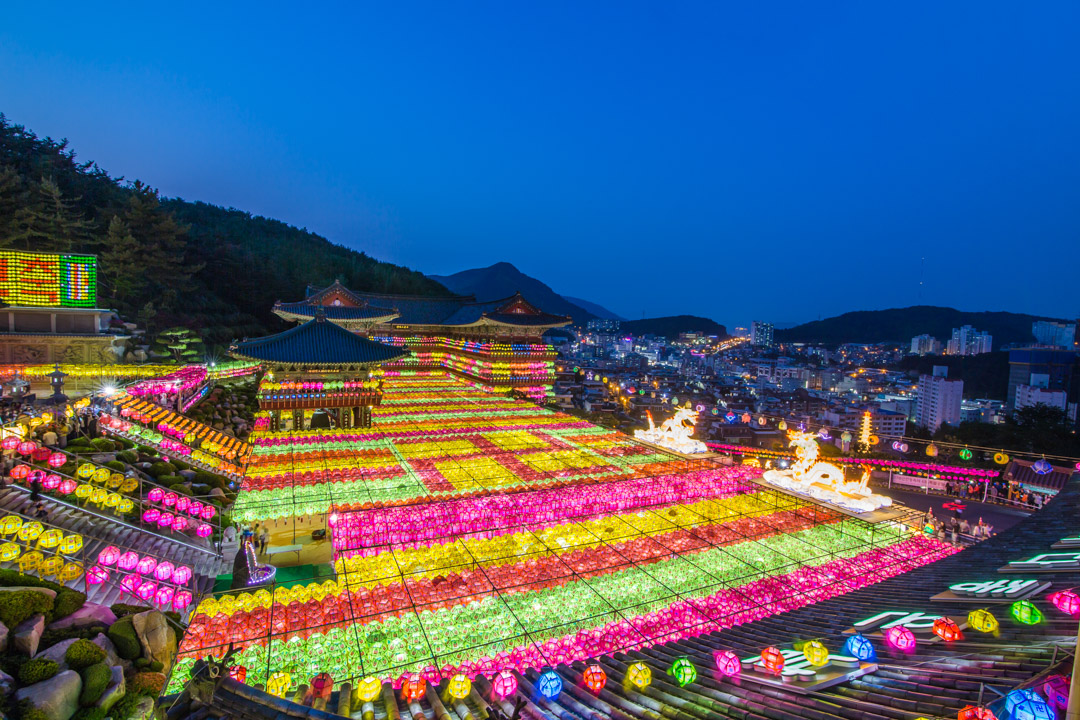 This was one of my most popular photos on National Geographic’s Your Shot site. It earned me an editor’s note.

I later focussed on capturing the spring as one does in Korea. That means cherry blossoms and Buddha’s birthday. During this time,  I managed to get some good shots from Samgwangsa which earned a note from a National Geographic editor. However, it was the lantern parade at Tongdosa that really blew me away. I guess because I really hadn’t planned on seeing something like that and just went out there on a whim. I was rewarded with some of the most beautiful memories of this celebration in all my 15 or so years here in Korea. 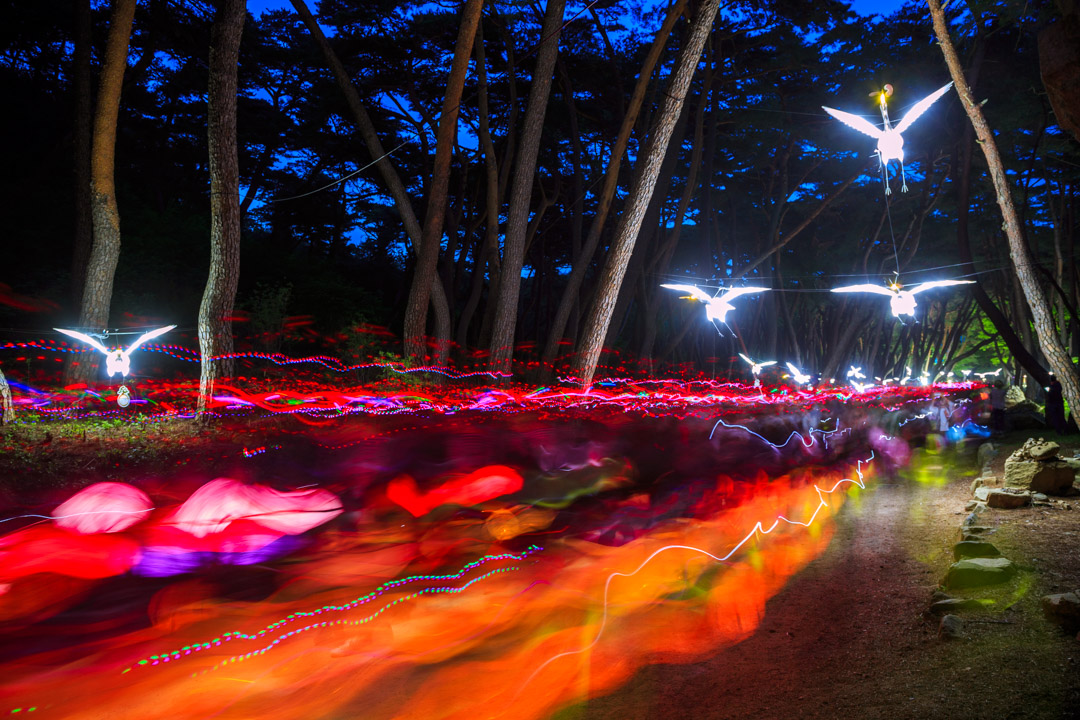 2017 was also a surprisingly critical one as I took a solid look at my work and my site. I managed to have my stuff reviewed by yet another famous photographer this time, Chase Jarvis. The 10-minute review was one that cut to the bone and really opened my eyes. Chases peeled back the layers picking through a number of different issues with my approach, my photography and my aspirations. It also set the stage for some other reviews like this one from DIY photography. The episode and critiques made it right up to places like SLR Lounge and even F-Stoppers. Some of which had me questioning myself and wondering if it was really all worth it. It really makes you want to give up when you have a professional like Kishore Sawh who is the editor-in-chief of SLR Lounge telling you that “it’s a bit naive – as it is for many –  to think that an affection for something or experience with it means you can charge for it, or that you’re at all currently relevant.” This is a polite way of saying “Dude you suck and nobody is going to pay you to teach them how to make shitty photos” and that is what I mulled over for quite some time. 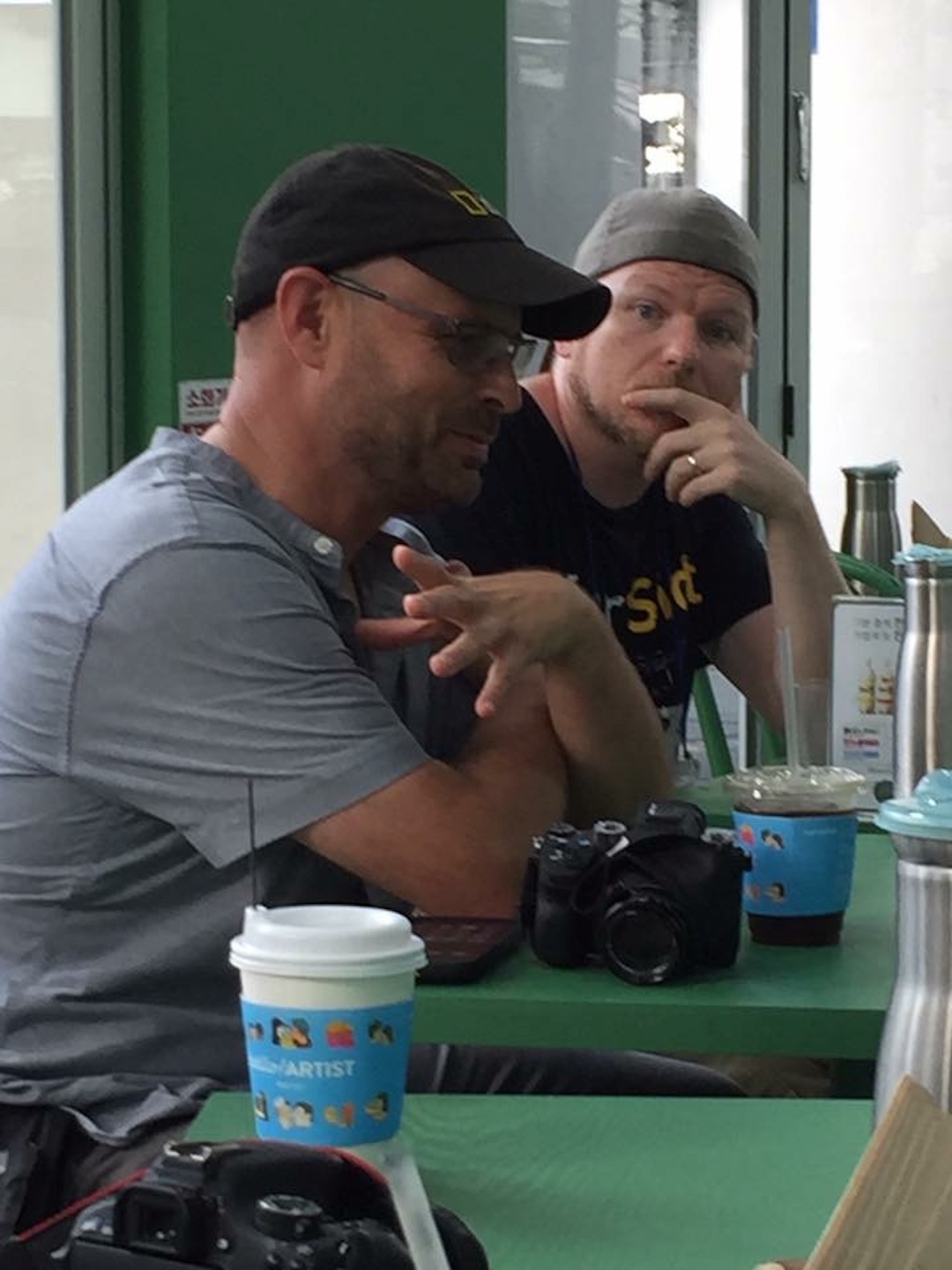 The year ended off with the building of some stronger partnerships with sponsors like Flixel. They have been instrumental in facilitating some key moments in the next few months. The biggest being a contract to work with a top sponsor during the Olympics as well as a possible webinar with 500px. Also I have built a stronger relationship with photographers like Pete DeMarco, Justin Balog, Dave Seeram, and Brent Mail thanks to a weekly photo mastermind group call.

These chats have set my head straight on a number of issues and kept me from giving it all up at times. For that, I just have to thank those gentlemen and I hope that we all will get up to bigger and better things in 2018.

So with that being said, I am hoping that 2018 will be a good one for us all. The blog will continue to focus on learning and tutorials and I am hoping to stay on track with weekly posts…. please hold me to that. I will continue you improve my posts, photography and everything in between. 2017 was a hard year and I learned a lot from it. Thank you for being a part of it and I hope that you will continue to do so in 2018.